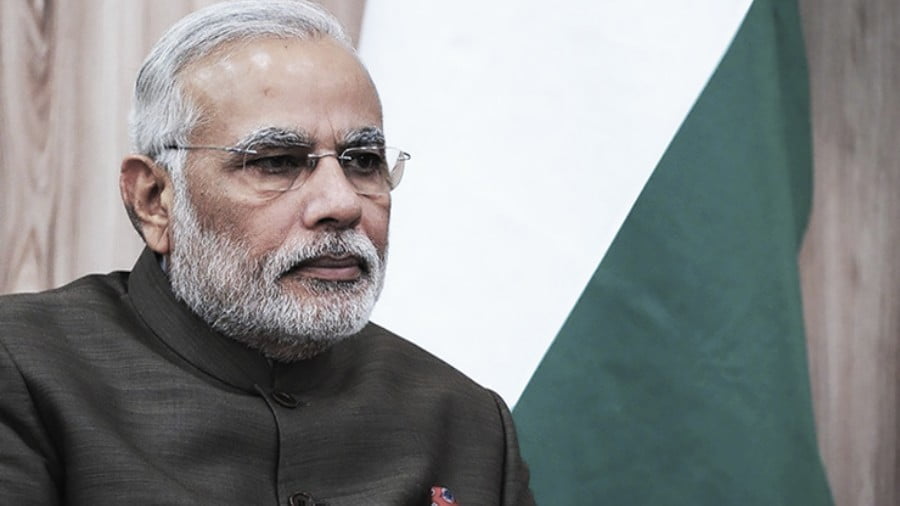 There have been two standout events in India’s foreign policy in the first month of 2018: the 3rd ‘Raisina Dialogue’, held in New Delhi from 6-18 January, and theASEAN-India Commemorative Summit, held on 28 January, also in the Indian capital.

Both events were dominated by an unmentioned specter: the problems in the relationship between India and China, -one of a number of bilateral relationships between the main players in the region: the USA, China, Japan, India and several others.

It may be worth reminding the reader that the ‘Raisina Dialogue’ is a forum for sharing expert opinions on a wide range of issues, particularly the evaluation of the developing political situation in South Asia and the neighboring regions. In the discussions take part members of delegations from dozens of countries, headed by civil servants, frequently at a ministerial level.

The forum was established in March 2016, by the Observer Research Foundation, an independent think-tank that works closely with the Indian Foreign Ministry. In some ways it is the equivalent of the ‘Shangri-La Dialogue’, organized by the London-based International Institute for Strategic Research, which, since 2002, has met annually in Singapore.

Each year sees an increase in the number of delegations attending the ‘Raisina Dialogue’, and in the number of speakers and participants in its discussions, which is a good indication of how the forum is, without any doubt, growing in authority.

This year, the plenary session was attended by Prime Ministers Narendra Modi and Benjamin Netanyahu, who was visiting India at the time. A number of retired national leaders also took part, including the retired Canadian Prime Minister Stephen Harper, as well as high-ranking military officials and politicians from various countries.

In the course of discussions in the forum, proposals and initiatives are sometimes put forward which, if realised, would have a radical effect on the situation in the whole Indo-Pacific Ocean region.

In the very first ‘Raisina Dialogue’, which took place in March 2016, the leader of the United States Pacific Command (USPACOM), Admiral Harry Harris Jr. proposed the creation of a ‘quadrilateral venue’ between The United States, Japan, India and Australia (an idea that had, to all appearances, been abandoned in 2007). This proposal would appear to be directed at countering Chinese influence. Since then, the idea of that four-party alliance has remained on the agenda in the Indo-Pacific region.

The programme for the most recent ‘Raisina Dialog’ included approximately 40 items, which were discussed in 150 talks, which, between them, appear to have covered the full range of problems affecting the Indo-Pacific region and the world as a whole.

The scale of the problems listed cannot fail to impress the imagination. For example, it is necessary to find $25 trillion to fund ‘vital regional infrastructure projects’ over the next 10 years.

In the context of this article, one of the sessions: ‘Unchartered Waters: In Search for Order in the Indo-Pacific’ is of particular interest. The list of those participating in the discussion makes it clear just how much importance the organizers attach to the first two words in the title.

The speakers in this session included the same Admiral Harris, and commanders in the Japanese and Australian navies. A group of ‘familiar faces’, whose concern about the ‘uncharted waters’ has been a matter of record for a long time.

The presentation’s summary, which helps to explain the title, states that: ‘As the global significance of the Indo-Pacific region grows, it is critical that stakeholders come together to strengthen the region’s security architecture.’ To attain this goal ‘new policies and new coalitions must be formed to meet contemporary demands.’ It goes on to state that the panel will look at how ‘liberal Asian and Western democracies’ can, together, enforce “widely accepted international norms – such as freedom of navigation – in the region.’

That is essentially what Admiral Harris said in his address two years ago- the same ideas are now being echoed by military and civilian officials from the USA, Japan, and, frequently, India as well.

The reaction of the country to whom these words are clearly addressed, and the general tone of this year’s ‘Raisina Dialogue’, was very much as expected. Beijing’s fears were clearly expressed in the headline to an article in the Chinese ‘Global Times’: ‘New Delhi forum props up ‘Quad’ stance, refuses to listen to China voice’. That article, it should be noted, asks why the Chinese delegation, which included a number of experts, was only invited to give two speeches: on the subjects of gender equality and on the non-proliferation of nuclear weapons.

China’s reaction to the ASEAN-India summit was not without irony and a certain amount of caution. It pointed out that it India is not yet ready to position itself as a rival to China in the South-East Asia region- a region which is of great geopolitical significance in today’s world, and in which 10 of the countries are members of ASEAN. China’s has 6 times as trade with these countries as India does, and it invests 10 times as much in their economies.

Nevertheless, Beijing cannot avoid being concerned about the growth of India’s influence in South-East Asia, a region where two major geopolitical rivals of China, the USA and Japan, are also active. All the more so because, increasingly, China’s main three rivals are tending to coordinate all their efforts.

One sign of the special importance that New Delhi attaches to South East Asia is the fact that the next ASEAN-India summit took place on India’s main national holiday, Republic Day. All 10 ASEAN leaders, as well as the Israeli Prime Minister Benjamin Netanyahu were invited to the solemn ceremony.

That happens very rarely- normally the Indian leadership prefers to celebrate Republic Day without any high-ranking foreign guests, a preference which appears to be a legacy from the policy of neutrality it adhered to in previous decades.

One of the most significant exceptions to that (tacit) rule was India’s invitation to the US President Barak Obama to attend the festivities in 2015. Political observers agreed in interpreting that decision by Narendra Modi’s government (less than a year after he came to power) as a sign that India’s new leadership (from the right-wingBharatiya Janata Party) was strengthening its long-apparent tendency to a rapprochement with China’s main rival. An initiative that the USA reciprocated.

It is important to point out, however, that the fact that the leaders of the ASEAN countries and Israel were present for India’s most recent national holiday does not in any way mean that they are following a ‘pro-Indian’ policy. Such important countries, when engaged in the complex game that is played by world powers, simply cannot afford to be too rigid in their tastes.

As reported in an earlier article that same Benjamin Netanyahu visited Beijing less than a year ago, and on that trip he used very similar complementary phrases. And every year, the ASEAN countries take part in summits with China, the USA, Japan, Russia and the EU.

And finally, it is worth stating once more the author’s assessment of the situation in the Indo-Pacific region – an assessment best summed up by the word ‘transitional’. As for the destination- that is still unclear.

A red line would be the completion of the ‘Four-party’ project, which is still being discussed by politicians and experts and, it is to be hoped, will not go any further. Everything will depend on the development of relations in various partnerships between the leading regional and world powers, and the political, or ‘geometric’, form that those partnerships will take can only be guessed at.

Several recent developments provide (so far, limited) grounds for a cautious optimism in predictions concerning the political future of the Indo-Pacific region.

First and foremost of these is the appointment, on February 1, of Vijay Keshav Gokhale, former ambassador to China, to the important post of Foreign Secretary of India. He has already stressed the ‘importance of supporting and maintaining relations’ with China. His appointment, and his first official statements, were greeted positively in Beijing.

Similarly, in his recent visit to Beijing, Taro Kono, the Japanese Foreign Minister, took part in talks with the Chinese Prime Minister, Li Keqiang, and both sides expressed their determination to bring about a rapid improvement in Sino-Japanese relations.

But the storm clouds continue to loom over the Indo-Pacific Region. This is particularly due to the increasingly distrustful relationship between China and its main opponent, the USA.

Footage has surfaced online depicting flatbed tracks laden with American armored military vehicles passing through Syria, with conflicting commentary claiming that the materiel was bound for use by either US-backed Syrian militant groups or US troops themselves fighting Daesh in the city of Raqqa. The photos and videos were uploaded by Syrian Kurdish activists who are… 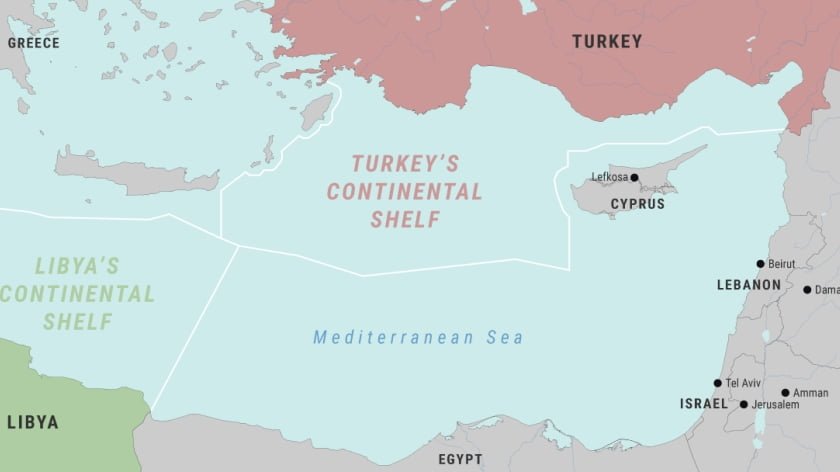 A foreign country may be a problematic partner for the United States for two basic types of reasons, both of which apply to Saudi Arabia. First, the partner’s foreign policies may range from misguided to immoral, or risk sucking the United States into conflicts in which it is not, or should not be, a party…. 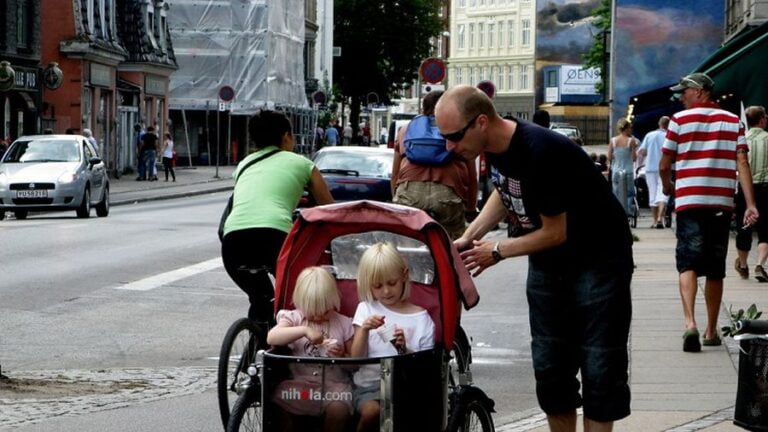 As noted earlier, over the past centuries, there have been various assessments of changes in fertility and their impact on the state structure and social processes. Nevertheless, it has always been recognized that the demographic situation of a country is invariably a key indicator of its development. Therefore, the solution of the most important social…