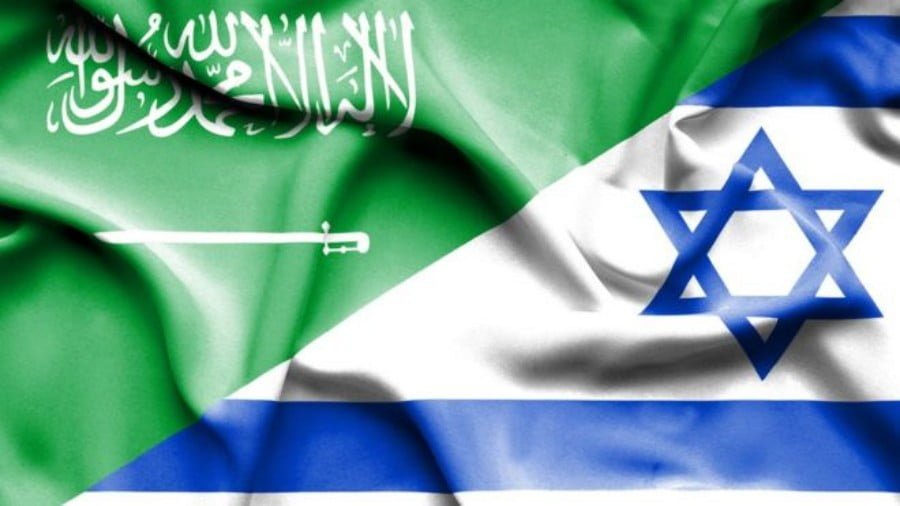 Saudi Crown Prince Mohammed Bin Salman’s insistence that “Israel” has a “right to exist” shouldn’t be surprising no matter how “politically incorrect” it is, nor should the Ummah’s relatively muted reaction be either.

Saudi Arabia’s Crown Prince Mohammed Bin Salman (MbS) dropped what should have been a bombshell of an announcement in an exclusive interview with The Atlantic during his ongoing tour of the US when he made the Mideast’s most well-known “open secret” official during the following Q&A exchange that will likely go down in history:

“Q: Let’s talk about the broader Middle East. Do you believe the Jewish people have a right to a nation-state in at least part of their ancestral homeland?

A: I believe that each people, anywhere, has a right to live in their peaceful nation. I believe the Palestinians and the Israelis have the right to have their own land. But we have to have a peace agreement to assure the stability for everyone and to have normal relations.

Q:  You have no religious-based objection to the existence of Israel?

A: We have religious concerns about the fate of the holy mosque in Jerusalem and about the rights of the Palestinian people. This is what we have. We don’t have any objection against any other people.”

The international community’s reaction, however, was relatively muted, as was that of the world’s over one billion Muslims who didn’t seem too fazed by these “politically incorrect” words, and the reason for both somewhat nonchalant responses to Saudi Arabia insisting on “Israel’s” “right to exist” is because the whole world expected this admission sooner or later.

The Saudi King is the Custodian of the two Holy Mosques and therefore symbolically seen (whether rightly or wrongly) as one of the leading forces of the Muslim world, be it for better or for worse, so in and of itself, this drastic policy reversal of de-facto recognizing “Israel’s” “right to exist” despite its occupation of Palestine should have sent shockwaves through the Ummah, though it didn’t.

Average folks who sincerely believe in the righteousness of the Palestinian cause and passionately support it are probably experiencing a mixture of disappointment and rage right now, but the mass media outlets in their countries are downplaying this popular reaction in order to propagate the narrative that the people accepted it with a shrug and moved on.

To a large degree, though, this isn’t exactly false – no matter how upset pro-Palestinian Muslims may have been when they heard this news, they didn’t take to the streets and protest in an attempt to draw widespread media attention to their displays of indignation, and that’s probably because they accepted Saudi Arabia’s position (regardless of how much they disagree with it) long ago.

It’s common knowledge at this point that Saudi Arabia retained secret ties with “Israel” for most of this entire time, but that they became stronger and more public across the past decade as a result of the US’ efforts to bring these two long-time enemies together as the leading pillars of a regional anti-Iranian coalition.

Regardless of one’s attitude towards this newly public geopolitical duo, it’s an indisputable fact that this partnership exists and is a powerful force in the Mideast today. Furthermore, the Saudi-“Israeli” alliance has an interesting array of extra-regional partners that might surprise some observers who haven’t been paying much attention to its global networking finesse.

It’s taken for granted that the US is Saudi Arabia and “Israel’s” leading military ally, but what’s commonly overlooked is that Russia is an emerging strategic one with both of them due to its OPEC+ energy cooperation with the former and its influential diaspora connection with the latter, to say nothing of its coordination with each of them in the Syrian battlespace.

In addition, China is Saudi Arabia and “Israel’s” major economic partner, having invested a total of $135billion in the Kingdom over the past year alone and positioning itself to one day build the “Red-Med” railway through the second-mentioned entity as part of its One Belt One Road (OBOR) global vision of New Silk Road connectivity.

Alt-Media dogma blinded many people to these “politically inconvenient” facts that are just as “taboo” as Saudi Arabia’s de-facto recognition of “Israel’s” “right to exist” and informal abandonment of the Palestinian cause, but the truth of the matter is that this is the reality of the geopolitical situation and that wishful thinking to the contrary isn’t going to change it.

It’s likely that realization which explains the mostly muted reaction to Saudi Arabia’s endorsement of “Israel” because the global public has been preconditioned for over the past decade to accept this inevitable development, with the current question nowadays being one of what comes next instead of wondering why this even happened at all.

In attempting to answer that, it’s worthwhile to remember that Saudi Arabia is working closely with the US via the MbS-Kushner nexus to devise a so-called “peace plan” for the Mideast that will supposedly bring about a sustainable solution to the “Israeli”-Palestinian conflict, albeit one that recognizes “Israel’s” “right to exist” despite many Palestinians’ principled opposition to this outcome.

To that end and judging from MbS’ remarks to The Atlantic, the only real concern that he has with this is that the Al-Aqsa Mosque in Jerusalem and the rights of the Palestinians must be protected, though he doesn’t specify exactly what he has in mind in this regard and is probably deliberately being as vague as possible in order to give himself the leeway to accept whatever “deal” Trump decides to impose.

After all, MbS doesn’t really seem to care too much about the fate of the Palestinians anymore since his Kingdom’s alliance with “Israel” supposedly supersedes that in strategic importance for him because he’s convinced himself that Iran is more of a hard power “threat” than the Palestinians are a soft power “opportunity”.

The Ummah, ripped apart by the sectarian split that the US contributed to aggravating (but isn’t responsible for because it predates America’s founding by over a millennium), has been in a state of leadership disarray for decades and was therefore powerless to prevent the emergence of the Saudi-“Israeli” geopolitical axis.

In addition, no Great Power other than Iran tried to stop its formation, with each of the main ones believing that this partnership could advance their respective interests. The US rightly counted on Saudi Arabia and “Israel” pooling their resources into an anti-Iranian alliance, while Russia saw a prime opportunity to leverage its relations with both of them in order to “balance” the Mideast

As for China, its only concerns as always were chasing new markets and expanding its Silk Road network as deep into the Mideast as possible, not caring one bit to get involved in a territorial dispute with religious overtones halfway across Eurasia in which it has no stake whatsoever, so it accordingly came to believe that its grand strategic interests could best be promoted by remaining neutral instead.

The combination of active American efforts to forge the Saudi-“Israeli” axis and Russia & China’s passive acceptance of this in pursuit of their own interests led to this geopolitical game-changer in the Mideast today, one which saw the host of the Two Holy Mosques recognize its purportedly mortal enemy’s “right to exist” in order for them to join forces against their shared Iranian foe.

The Palestinians and their hundreds of millions of supporters across the world were let down by this symbolic setback to their cause, though it can’t be said that they were caught off guard by it, having read the writing on the wall long ago which indicated that it would happen sooner or later and therefore likely braced themselves far in advance for the moment when it inevitably became official.

Having said that, MbS’ unsurprising revelation doesn’t mean that the dream of an independent Palestine is a lost one, but just that it’s becoming all the more geopolitically difficult to achieve even though Turkey is trying its hardest to replace Saudi Arabia’s long-dormant “traditional” role in this conflict and is nowadays working real closely with Iran to maximum future effect for the cause.

They called it Castle Black, an obvious homage to the famed frozen citadel from the HBO series Game of Thrones. In the fantasy world of GoT, it’s the stronghold of the Night’s Watch, the French Foreign Legion-esque guardians of the northern border of the Seven Kingdoms. This Castle Black, however, was all too real and… 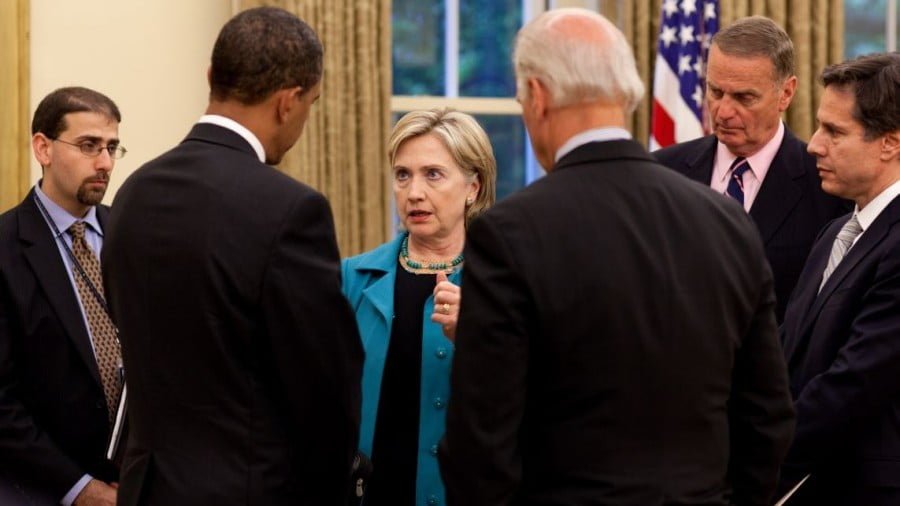 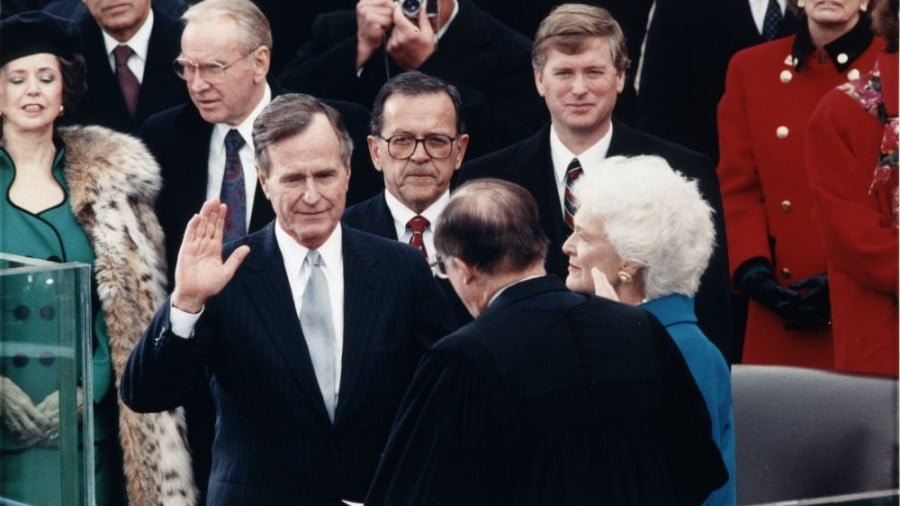 This week’s imposition of sanctions on one of China’s largest telecom equipment manufacturers, ZTE, by the US Commerce Department, and an investigation of Huawei, ZTE’s foremost Chinese competitor, could not have come at a more auspicious moment for Saudi King Salman as he visits China on the third leg of his month-long Asian tour. Fishing in… 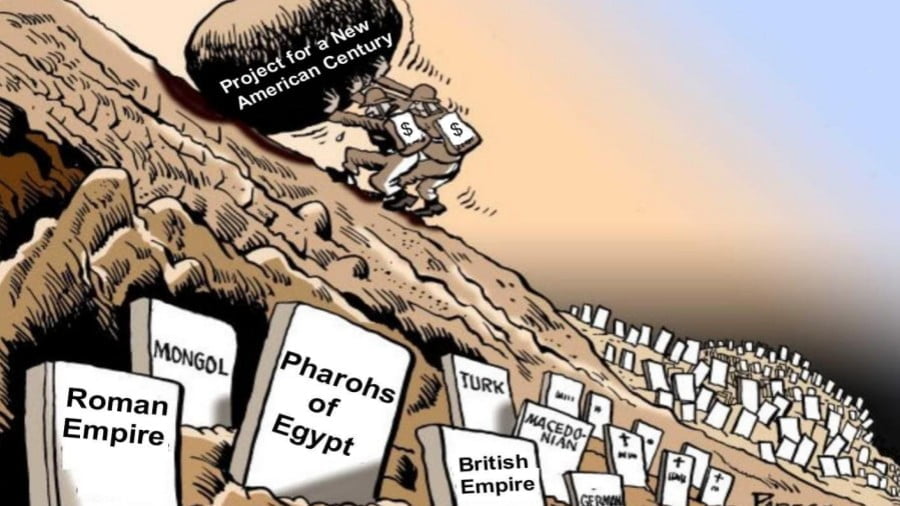