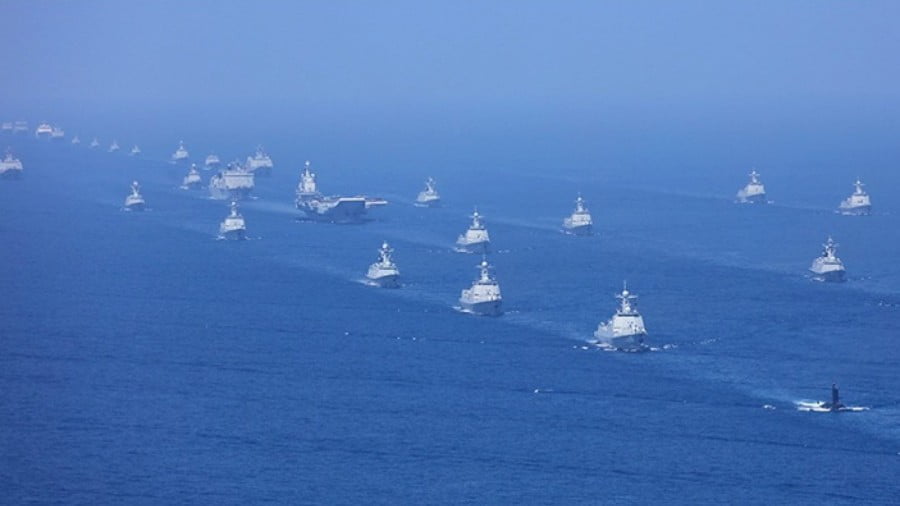 More than 10,000 People’s Liberation Army airmen, marines and sailors boarded 48 naval vessels and 76 aircraft for a major show of force with Chinese President Xi Jinping in the South China Sea on Thursday.

During his rallying cry for loyalty and devotion, the Communist Party leader was greeted by a resounding chorus of platitudes from soldiers in front of the TV cameras.

Xi has displayed a strong penchant for military fanfare. So, when rumors of a giant sea parade started to swirl on the sidelines of the Boao Forum in the southern resort island of Hainan earlier this week, observers noted that the event would be orchestrated for a mostly domestic audience to showcase what the Chinese navy has achieved since Xi took power in 2012.

Yet the scale of the parade, held after a three-day drill in waters off the port city of Sanya, was beyond expectations, with the best of the Chinese Navy on show, including many vessels commissioned within the past six years.

Chinese papers said the number of vessels assembled was “the largest of its kind in 600 years”, following fleet admiral Zheng He’s expeditions to Southeast Asia and further afield during the Ming dynasty era.

Xi did not set foot on the aircraft carrier Liaoning, a refurbished vessel originally from Ukraine (and a relative minnow compared to US nuclear carriers). But he boarded the 7,623-ton Changsha, a guided missile destroyer commissioned in 2015, which is a Chinese version of the Aegis loaded with “next-generation” sea-land-air attack capabilities like vertical missile launchpads, plus data link and command systems.

Five destroyers of this class have joined the PLA surface force and eight more are in the pipeline.

Modern nuclear submarines stole much of the limelight from the Liaoning when they led the big line-up of vessels to start the parade.

This was the media debut for the 094A strategic subs, which are armed with 12 intercontinental ballistic missiles, each with an estimated range of 7,400 kilometers, giving the PLA “its first credible sea-based nuclear strike capability”.

There were also Type 093B attack submarines, equipped with vertical missile launchpads, which are much quieter than their predecessors. (A 093B sub was spotted by the Japanese Navy near the disputed Senkaku or Diaoyu Island in January).

Macau-based military commentator Antony Wong told Hong Kong’s Ming Pao Daily the Chinese admirals had scrambled all of their cutting-edge ships and wares for Xi to review, other than the second carrier still being built and the 10,000-ton Type 055 destroyers yet to be fitted-out.

Meanwhile, Taiwanese President Tsai Ing-wen is scheduled to inspect troops at a naval base in the northeast county of Yilan today. She is expected to board a warship to preside over a passing-out ceremony and have a cruise in nearby waters. A Defense Ministry spokesperson denied that Tsai’s inspection had anything to do with the PLA parade.

The PLA also announced a live-fire exercise will be conducted in the Taiwan Strait from 8am to midnight next Wednesday, in a zone 20km from the coast of Quanzhou in Fujian Province, and 40km from the Taiwan-controlled island of Kinmen. 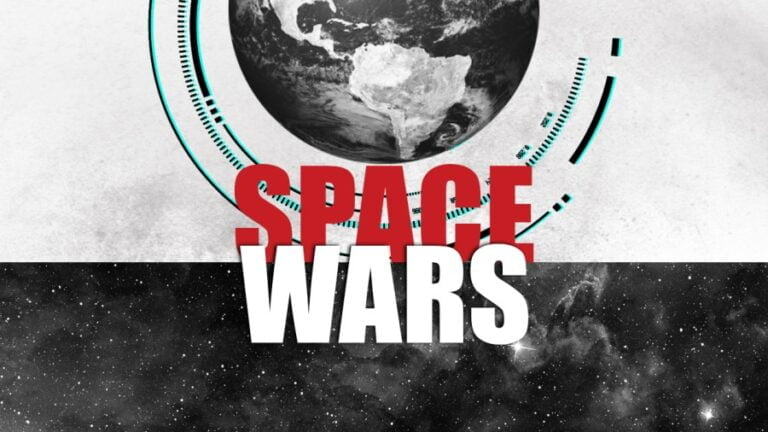 The Stakes While national prestige is a major motivating factor behind the construction of aircraft carriers and major surface combat ships (though less so with the largely invisible submarines), the same is even more true for space projects, such as high-visibility “first flights” or “first landings”, not to mention of course space stations. To be…

A number of reports have appeared in both U.S. and foreign media in recent weeks pointing to the apparent eclipse of U.S. naval supremacy by an ascendant China. While these reports are largely overblown and sensationalized to pique the interest of the audience, the long-term trend is clear. China is on pace to achieve regional… 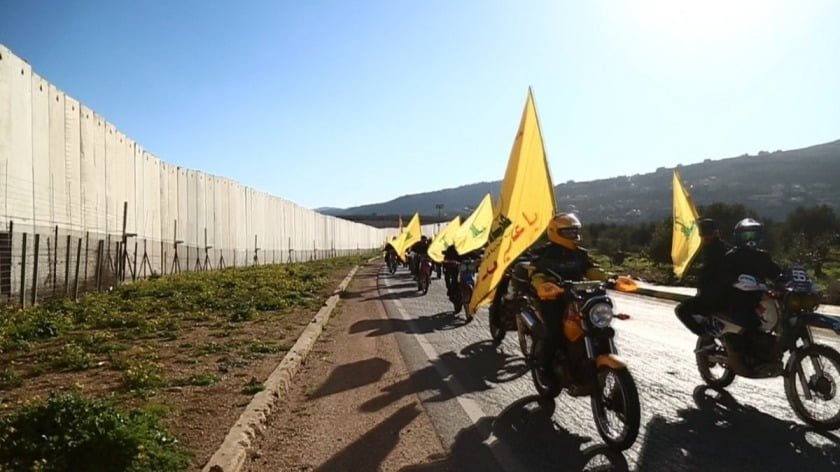 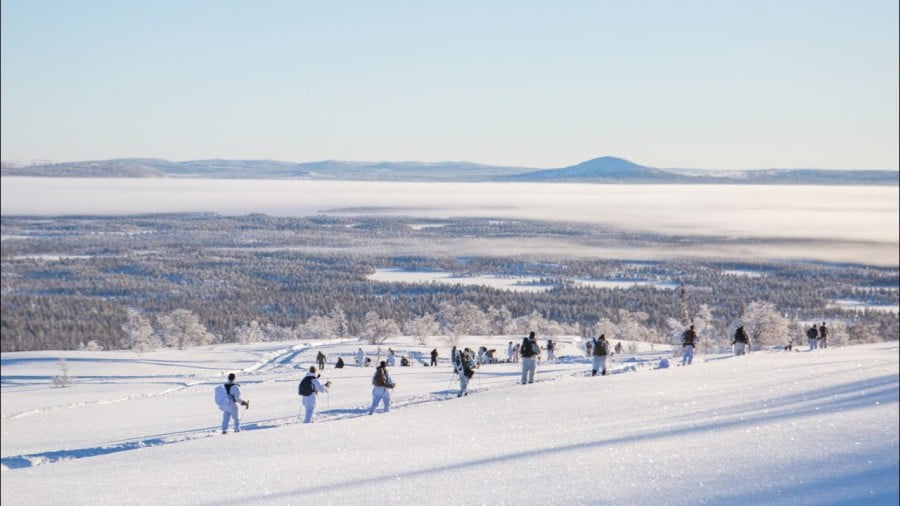 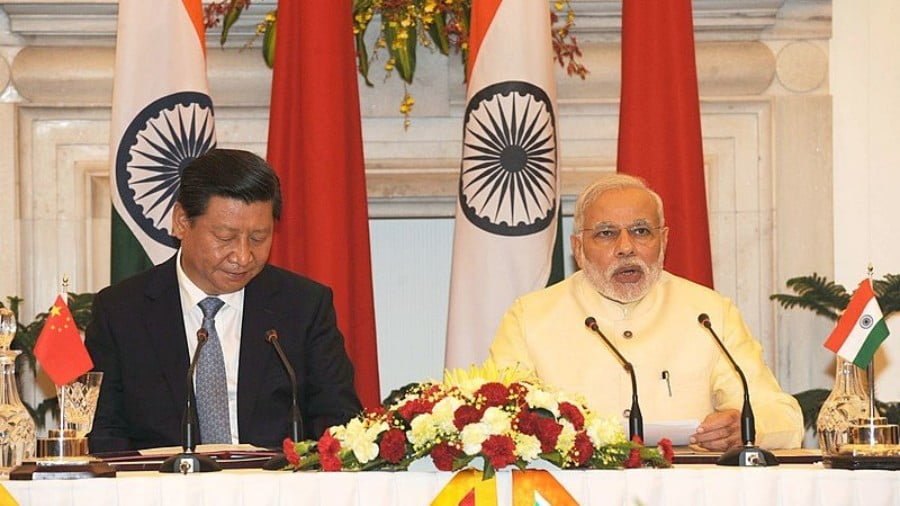 “Boxing the compass” is an old nautical term for locating the points on a magnetic compass in order to set a course. With the erratic winds blowing out of Washington these days, countries all over Asia and the Middle East are boxing the compass and re-evluating traditional foes and old alliances. India and Pakistan have…