Experts have been arguing for years about what China has in mind by acquiring aircraft carriers, but instead of using them to confront the US’ Indian ally, it’s much more likely that the People’s Republic will rely on them as floating bases for providing “Lead From Behind” assistance to its African partners as they confront anti-Silk Road Hybrid War threats in their countries.

The news at the beginning of this year that China started building its third aircraft carrier didn’t catch experts by surprise, but it did renew their debate over what the People’s Republic intends to do with these floating bases. The conventional understanding is that it will confront India in its eponymous ocean and rely on these massive vessels to protect its Sea Lines Of Communication (SLOC) there, but there’s actually a totally different way to conceive of China’ strategy and that’s in giving it an African-centric focus. China needs Africa’s growing market capacity to absorb its overproduced goods so as to prevent an economic slowdown back home, to which end Beijing embarked on the One Belt One Road (OBOR) global vision of New Silk Road connectivity partially to improve its partners’ ability to purchase Chinese products.

The infrastructural development that it’s funded all across the continent is intended to raise the living standards of the population and consequently make it easier for them to “climb the ladder of success” through more entrepreneurial opportunities, which in this context is anticipated to eventually increase their and their communities’ purchasing power and therefore collectively expand their countries’ consumption capabilities. To explain, increased connectivity can bring jobs to far-flung and previously impoverished corners of any country and diminish the transport costs for bringing newly produced wares from these low-cost labor areas to market. Over time, the theory goes, the entire country and its citizens will benefit because they’ll be able to competitively sell their goods all across the world due to Chinese-facilitated infrastructural access, and then they’ll be able to purchase China’s own overproduced and low-cost goods in return. 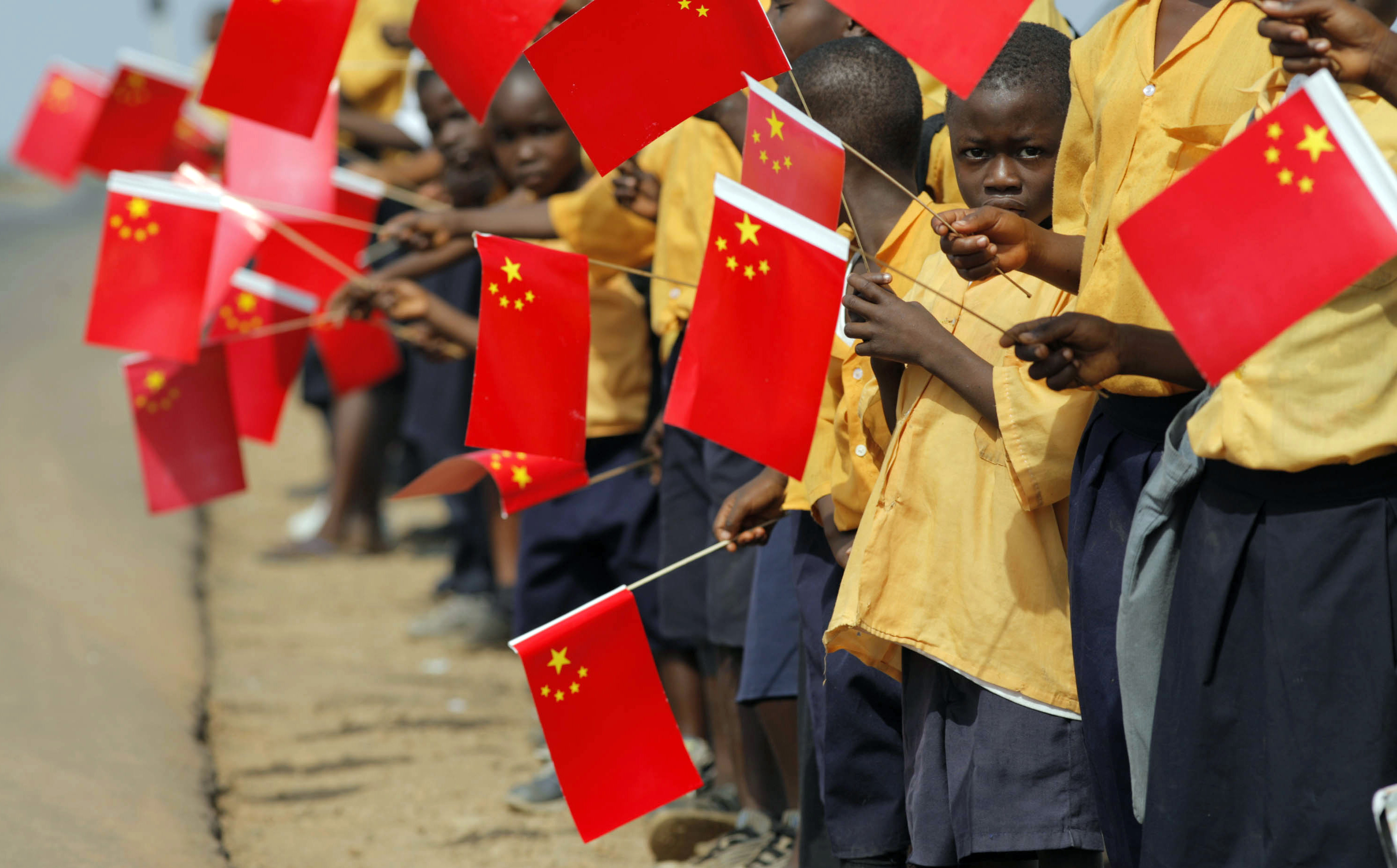 The comprehensive strengthening of the complex economic interdependency that China is developing with its African partners is beneficial for both parties because it economically modernizes the host countries and therefore gives Beijing a massive marketplace to offload its excess capacity to (and thus not have to risk domestic unrest at home by shuttering factories). The immediately visible dividends are of course the construction of infrastructure megaprojects, but the long-term result is that China and Africa become inextricably intertwined in forming a new South-South axis of stability to undergird the emerging Multipolar World Order. This naturally comes with a high degree of strategic risk, however, since it makes both parties vulnerable to any maritime disruption of their SLOCs, hence the pressing need for China to defensively entrench its navy in key locations throughout the Afro-Indian Ocean.

Securing the SLOCs is an obvious challenge that most experts have already discussed in depth across the past decade, but comparatively fewer have identified – let alone analyzed – the attendant risks inherent in ensuring stability in the African host countries of OBOR, and it’s here where the article takes on unique value in tackling this head-on. The author wrote a book-length analytical series about Africa’s predisposition to Hybrid War and published roughly two dozen country profiles all across 2017 that can be individually accessed for free at Oriental Review or purchased in bulk as part of an Amazon e-book on this topic. For summary’s sake, a concise review of the most likely conflict scenarios in East Africa is presented as a chapter in another book-length article series about the Chinese-Indian New Cold War that talks about the various ways through which the US could exploit preexisting tensions there to undermine the Silk Road.

The abovementioned hyperlinked works should be referenced by the reader to get an idea of the most likely Hybrid War triggers in Africa that China could respond to, which raises the obvious question of exactly how Beijing would even react to any serious destabilization of its many OBOR projects there through these means. The Silk Road’s ”Achilles’ heel” is precisely these investments because they’re hosted by identity-diverse countries that are exceptionally vulnerable to externally provoked conflicts between their constituent peoples that could ultimately disrupt the working efficiency of these projects, and the geographic distance between China and Africa is so vast that it’s impossible for the People’s Republic to sustain any prolonged military intervention there even if it wanted to. Not only that, but such an action would be unprecedented and therefore very risky, which is why China is averse to carrying out anything like this.

“Lead From Behind”, Chinese Style

Instead, China has been enhancing the military capacities of its African allies over the years in order to have them protect the OBOR projects that they and their people have a shared interest in securing, thus representing a multipolar version of the US’ “Lead From Behind” strategy though with much less direct involvement at this time. Concurrent with this, China is also the UNSC’s largest provider of peacekeepers, many of whom are based in Africa, thus providing the People’s Republic with invaluable experience in the world’s most cutting edge Hybrid War battlespaces. Taken together, China hopes to share its peacekeepers’ experience with its African partners, after which it can then give them additional training and physically outfit them with the wares needed for responding to Hybrid War threats against their country’s OBOR projects.

That, however, might not be enough though, and there’s always the chance that the host country’s military somehow becomes unable to adequately protect China’s investments, which is why a more direct but limited involvement by the People’s Liberation Army in any strategically significant forthcoming conflict must be countenanced. China is characteristically cautious and doesn’t want any of its citizens to die in foreign lands no matter what the reason is, so it’s loathe to go on a base-building spree like the US has done over the decades and risk getting itself caught in a quagmire one of these years. Instead, China could more easily rely on its aircraft carriers to function as floating bases so long as it’s able to clinch naval docking and refueling agreements with its African coastal partners, which shouldn’t be too difficult to do and isn’t anything uncommon at all in this sphere. 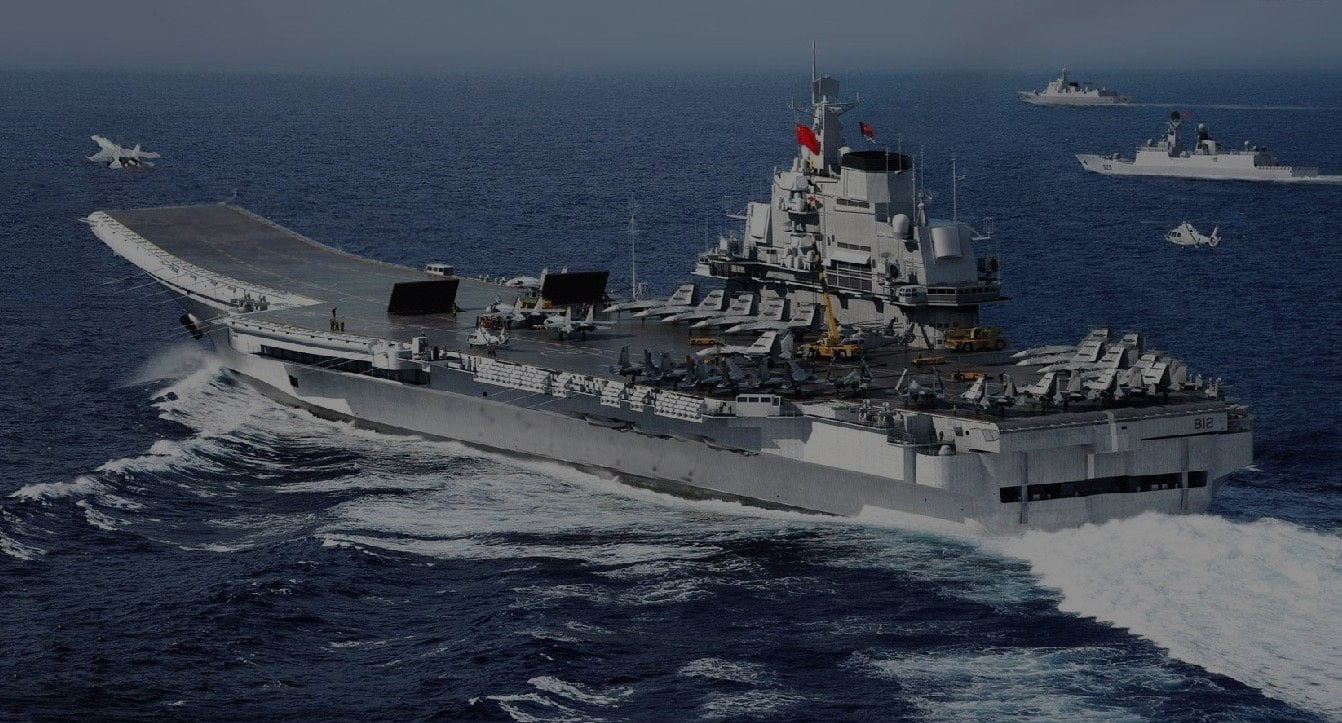 China’s aircraft carriers could therefore be used to assist its on-the-ground allies and what might eventually also be their Russian “mercenary” partners with the crucial air support that oftentimes makes all the difference when dealing with the rural Unconventional Warfare elements of any Hybrid War (e.g. “rebels” that seize part of a Chinese-funded railway or occupy an important highway), while the urban Color Revolution forces of this conflict could be dealt with through Chinese advisors or special forces units aiding their host nation counterparts in the field. All of this would be coordinated through the aircraft carriers that dock at one of the many ports that China has funded across the African coast and thus keep its troops safely out of harm’s way except for the rare instances when they venture out into the urban environment alongside their more militarily active partners.

This cost-effective model of limited counter-Hybrid War engagement is the best military solution for China to rely on in protecting its African OBOR investments, but would of course be implemented as a last resort and only in circumstances when the host country is facing severe difficulty dealing with asymmetrical threats to its main megaprojects. It needs to be remembered that Africa is becoming more important than ever in terms of China’s strategic calculus for its crucial consumption capabilities in limiting the socio-political consequences of rampant overproduction in the People’s Republic, and that the country will not be able to continue growing unless its continental partners sustainably develop in turn and are able to ensure the security of these infrastructural lifelines. This means that the economic “win-win” relationship between China and Africa will inevitably take on military dimensions with time, and it’s here where China’s aircraft carriers will play a pivotal role.

Opening the CIA’s Can of Worms
Opinion
AfricaBRIChinaNew Silk RoadsUS