A nation affording rights to its favored people over others is profoundly hostile to democratic values – what apartheid is all about.

Arabs aren’t welcome or wanted in Israel except as servants to Jews. Israeli laws and customs discriminate against them – hostility toward Arabs in the Occupied Territories extreme.

“End(ing) (it along with Israeli Arabs afforded rights no different from Jews) is the only way forward to a future in which human rights, democracy, liberty and equality are ensured to all people, both Palestinian and Israeli, living between the Jordan River and the Mediterranean Sea.”

Institutional racism is longstanding Israeli policy – its 20% Arab population (Muslims and Christians) mistreated and consider a fifth column threat. [Arab Jews are not categorized as Arabs despite the fact that a significant share of Israel’s Jewish population is of Arabic descent]

In 2011, legislation was introduced to enshrine Israel’s definition of a Jewish state into Basic Law. No constitution exists. Basic Laws substitute.

Initially not acted on, it resurfaced in November 2014. Extremist cabinet ministers voted to draft a New Basic Law for consideration, saying it’s to:

Proposed legislation declared “the right to express national self-determination within the State of Israel only to the Jewish people.”

The measure failed to become law. A revised version was drafted, calling the “State of Israel…the national home of the Jewish people.”

Its draft language declared the “right to self-determination…unique to the Jewish people,” codifying discrimination against Arab citizens.

On Tuesday, the measure passed its first reading – three readings required for enactment into law.

If adopted as Israeli Basic Law, it would enshrine the nation as “the national home of the Jewish people.”

The measure was sent to a Knesset committee for further consideration. Its controversial provisions include recognizing Israel’s Jewish character over democratic values when both are at odds.

The measure declares Hebrew the official “language of the state,” Arabic permitted but subordinated, aiming to limit its public use.

Advancing the bill to second and third readings will likely occur after the next election. Kulanu, Yisrael and ultra-orthodox parties oppose the current version.

Having passed its first reading by a 64 to 50 margin in the 120-seat Knesset, eventual enactment into Basic Law is likely.

“(a)nyone who does not belong to the Jewish nation cannot define the State of Israel as his nation-state,” adding:

“The Palestinians will not be able to define Israel as their nation-state. The nation-state law is the insurance policy we are leaving for the next generation.”

The measure is hugely discriminatory, affording rights to Jews denied to Arabs.

Despite language saying everyone has the right “to preserve his or her culture, heritage, language and identity,” the right to self-determination “is (declared) unique to the Jewish people” – indicating opposition to Palestinian self-determination in any future no-peace/peace process talks.

The final version of law adopted may differ in part from its current form, its discriminatory nature virtually certain to be kept intact. 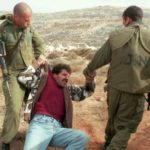