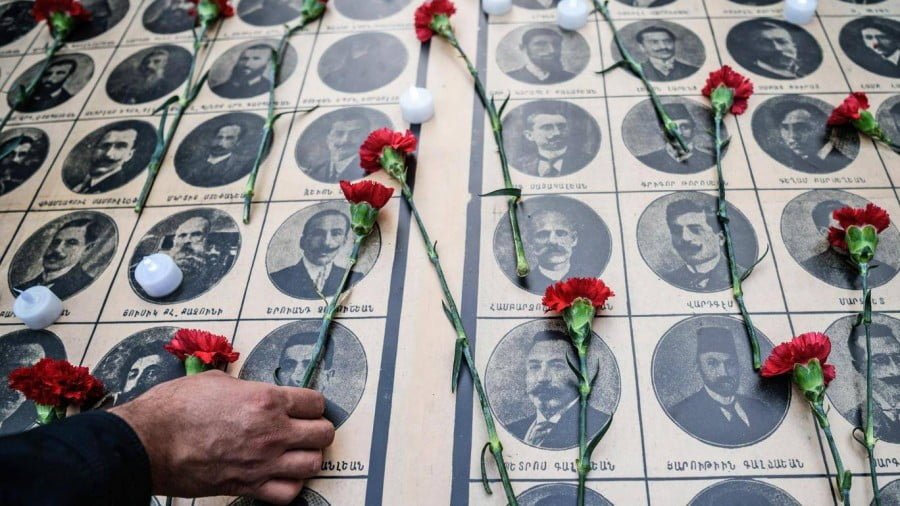 How do you organise a successful genocide – in Turkish Armenia a century ago, in Nazi-occupied Europe in the 1940s, or in the Middle East today? A remarkable investigation by a young Harvard scholar – focusing on the slaughter of Armenians in a single Turkish Ottoman city 103 years ago – suggests the answer is simple: a genocidal government must have the local support of every branch of respectable society: tax officials, judges, magistrates, junior police officers, clergymen, lawyers, bankers and, most painfully, the neighbours of the victims.

Umit Kurt’s detailed paper on the slaughter of the Armenians of Antep in southern Turkey in 1915, which appears in the latest edition of the Journal of Genocide Research, concentrates on the dispossession, rape and murder of just 20,000 of the one and a half million Armenian Christians slaughtered by the Ottoman Turks in the first holocaust of the 20th century. It not only details the series of carefully prepared deportations from Antep and the pathetic hopes of those who were temporarily spared – a story tragically familiar to so many stories of the Jewish ghettoes of Eastern Europe – but lists the property and possessions which the city authorities and peasants sought to lo ot from those they sent to their deaths.

The local perpetrators thus seized farms, pistachio groves, orchards, vineyards, coffee houses, shops, watermills, church property, schools and a library. Officially this was called “expropriation” or “confiscation”, but as Umit Kurt points out, “huge numbers of people were bound together in a circle of profit that was at the same time a circle of complicity”. The author, born in modern-day Gaziantep in Turkey – the original Antep – is of Kurdish-Arab origin, and his spare, dry prose makes his 21-page thesis all the more frightening.

He draws no parallels between the Armenian holocaust – a phrase the Israelis themselves use of the Armenians – and the Jewish holocaust nor the current genocidal outrages in the modern Middle East. But no one can read Umit Kurt’s words without being reminded of the armies of ghosts who haunt later history; the collaborators of Nazi-occupied France, of the Polish collaborators of the Nazis in Warsaw and Krakow and of the tens of thousands of Sunni Muslim civilians who allowed ISIS to enslave Yazidi women and destroy the Christians of Nineveh. These victims, too, found themselves dispossessed by their neighbours, their homes looted and their property sold off by the officials who should have protected them as they faced their own extermination.

One of the most powerful of Kurt’s arguments is that a central government cannot succeed in exterminating a minority of its people without the support of their fellow citizens: the Ottomans needed the Muslims of Antep to carry out the deportation orders in 1915 – rewarded with the property of those they were helping to liquidate – just as the local people needed the central authority to legitimise what we would today call war crimes.

Umit Kurt is one of the few academics to recognise the growing economic power of the Ottoman Armenians in the decades before the genocide; “the Muslim community’s envy and resentment,” he writes, “played a central role in the hatemongering atmosphere”. So, too, did repeated Ottoman claims that the Armenians were helping Turkey’s Allied enemies – the same “stab in the back” betrayal routine which Hitler used to rally the Nazis against communists and Jews in the Weimar Republic. In the Middle East today, it is the “infidels” – the “Crusader” (ie pro-Western) Christians – who have been fleeing for their lives for supposedly betraying Islam.

You would have to have the proverbial heart of stone not to be moved by the story of the Antep Armenians in the spring of 1915. Although initially harassed by the murderous Ottoman “Special Organisation” – Teskilat-i Mahsusa, the nearest equivalent to the Nazi Einsatzgruppen of the 1940s – and subject to temporary arrest, the Armenians of Antep were, at first, left alone. But they saw Armenian transports from other towns passing through Antep, the first containing 300 women and children, “injured, their wounds infected and their clothes in tatters”. For two more months, deportation convoys moved through the town and into a wilderness of suffering. “Armenian girls and boys had been kidnapped; women’s belongings and money had been plundered; they had been raped publicly with the active complicity of gendarmeries and government officials.”

Like the Jews of Europe who were initially left untouched by the genocide of their co-religionists, the Antep Armenians could not believe their possible fate. “In spite of everything that was happening around us…” one eyewitness wrote, “the number of those who buried their heads in the sand like an ostrich was not small. These people convinced themselves that they were happy, and they were trying to deceive themselves into believing that a similar deportation was not possible for Aintab [sic] and that nothing bad would happen to them.”

Like brave Polish families and the few Oskar Schindlers of Nazi Germany, a few courageous Turks opposed the Armenian genocide. Celal Bey, the governor of Aleppo – 61 miles from Antep – refused to deport Armenians. But he was dismissed. And the Christian Armenians of Antep were doomed.

On 30 July, 50 Armenian families were ordered to leave in 24 hours. First, only Orthodox Christians were sent away, leaving all their valuables behind. A survivor recalls that “our neighbours, the Turks, were singing from their homes, we could hear them…‘The dog is on its way’…” A week later, another 50 families were deported, only to be attacked by militia bandits led by the manager of the local Agricultural Bank. Inside Antep, women were raped and sent to local “harems”. A local village head (“mukhtar”) threw six Armenian children from a mountain to their deaths. The convoys grew larger – 1,500 Armenians from Antep on 13 August, for example – and sent, by train or on foot, to Aleppo and Deir ez-Zour. Then came the turn of Catholic Armenians.

A pitiful account survives of a thanksgiving service held by Protestants – the only Armenians to escape liquidation so far – in which one of their leaders miserably pleaded with his people to do nothing which might annoy the Turkish authorities. “Let no one take into his home a child or anyone else who has been told to go, whether they be of those passing through the city as refugees or from among our own friends and relatives in the town.” No good Samaritans there. But of course, the Protestants, too, were deported. Of 600 Protestant families, almost 200 had been annihilated at Deir ez-Zour by January 1916.

The local Antep police chief was promoted for his enthusiasm. In the so-called “deportation committees” who decided the Armenians’ fate could be found Antep’s local member of parliament and his brother, a variety of local officials, the president of the municipality, two officials in the finance department, two judges, a magistrate, the first secretary of Antep’s court, a former mufti, two imams, two ulema, two village sheiks, the secretary of a religious charity, a doctor, a lawyer and the director of an orphanage. “No member of these local worthies,” writes Umit Kurt, “did anything to protest the deportations, hide the vulnerable, or stop the convoys.” Of Antep’s 32,000 Armenians, 20,000 perished in the genocide.

But truly the ghosts survive.

By chance this week, I was finishing Martin Winstone’s shocking history of Nazi rule in the occupied “general government” of Poland, The Dark Heart of Hitler’s Europe, and discovered that the Jews – and Poles – of Warsaw, Krakow and Lublin often went through exactly the same process of false hope, collaboration and annihilation as the Armenians of Antep.

While most Poles behaved with courage, dignity and heroism, a minority of gentiles – and this is why the current government of Poland is threatening to punish anyone who talks of Polish collaboration with the Nazis – “participated directly in the murder process”, according to Winstone. They included the Polish “blue” police – ordinary cops in their usual blue uniforms – but also local peasants in the Lublin area, many of whom robbed their victims before beating them to death. Hundreds, perhaps thousands, of fugitive Jews fell victim to perpetrators “who were village heads, members of the village guards formed during the occupation, or blue policemen acting unofficially”. When 50 Jews were discovered hiding in Szczebrzeszyn, a “crowd looked on”. A powerful factor in the murder and denunciation of Jews, the author concludes, was “a lust for Jewish property”.

And today, in the Middle East, we know all too well this familiar pattern of local villainy turned against neighbours, Christian girls in Nineveh seized by Islamists, Yazidi families torn apart and their homes looted by local Sunni militias. When ISIS fled the town of Hafter, east of Aleppo, I found the documents of the local ISIS courts; they proved that Syrian civilians had betrayed their cousins to the Egyptian judges of the Islamist courts, that neighbours had sought financial reward by denouncing those who had lived beside them for decades. In Bosnia in the 1990s, as we know, Serb neighbours slaughtered their Muslim compatriots, raped their women and seized their homes.

No, this is not something new – but it is something we too often forget. When my own father was asked by the British government in 1940 to name those in Maidstone, Kent, who might collaborate with the Nazis after an invasion, he put one of his best friends, a local businessman, on his list of those who would assist the Germans. Ethnic cleansing, genocide, mass sectarian atrocities might be directed from Constantinople, Berlin, Belgrade or Mosul. But war criminals need their people to complete their projects or – to use an old German expression – “to help to give the wheel a push”.

“Syria will fall apart, in accordance with its ethnic and religious structure, into several states such as in present day Lebanon, so that there will be a Shi’ite Alawi state along its coast, a Sunni state in the Aleppo area, another Sunni state in Damascus hostile to its northern neighbor, and the Druzes who will… 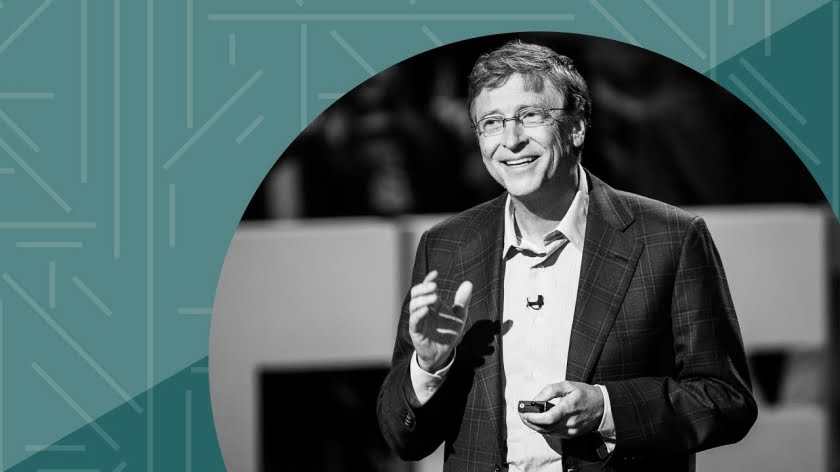 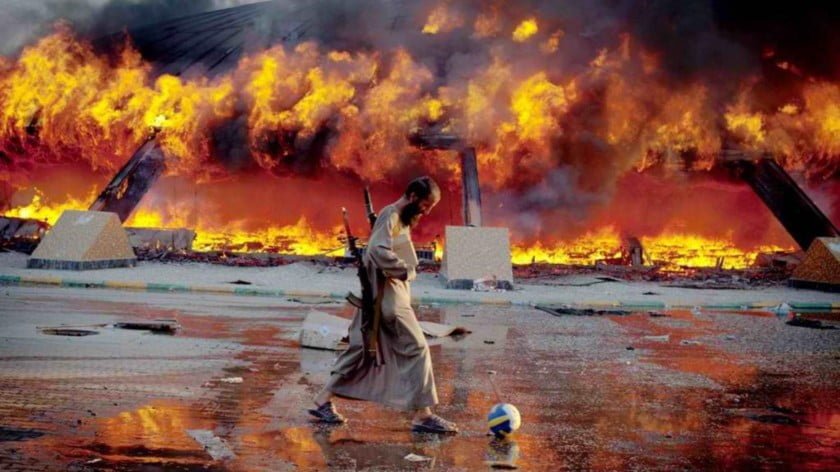 For the 8th anniversary of the counter-revolutionary rebellion inspired by NATO Alliance in the Libyan Jamahiriya (February 17, 2011) Recall what the Libyan Jamahiriya was at the beginning of 2011. Only numbers and facts: 1. GDP per capita – $ 14,192 2. For each member of the family, the state pays $ 1,000 in subsidies…