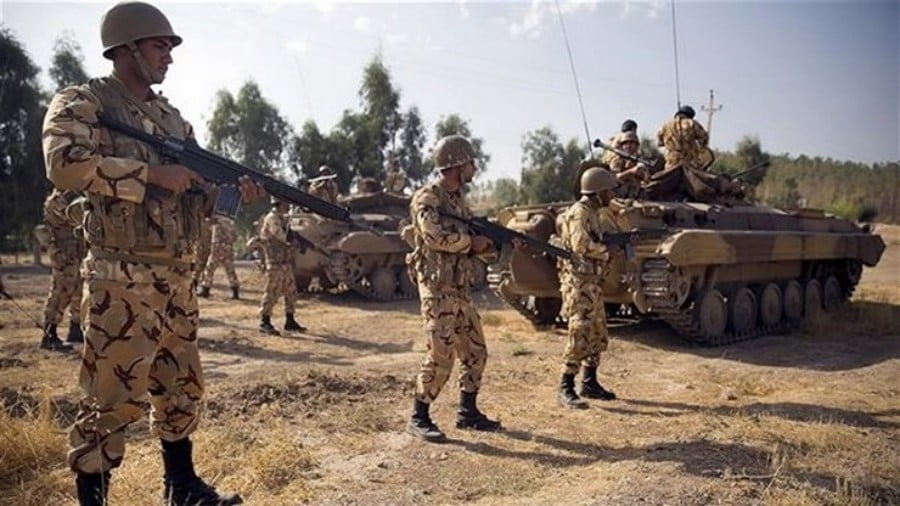 Recently, Iranians have shown signs of nervousness due to the measures taken by the US, their Arabic allies (e.g. peninsula monarchies) and Israel to begin joint efforts to force the Iranian military, pro-Iranian proxy forces and Shiite mercenaries from Iraq, Afghanistan and Pakistan out of Syria.

In addition, an already paranoid Tehran has got wind of “accusations” directed at Russia pointing its readiness to “collude” with the West and Israel at the expense of expelling Iranian military forces from Syria. Iran has also started voicing barely veiled threats towards its “ally”. The trigger was the announcement, made by the Head of the Russian Ministry of Foreign Affairs Sergey Lavrov at the end of May, stating that all foreign forces should leave Syria. Tehran assumed that the Russian Minister was referring to the Iranian units, Hezbollah and Shiite mercenaries sponsored by Iran, although, according to Moscow, the statement concerned everyone who has no legal right to remain in Syria including first and foremost the US military and a number of Arabic nations from the Persian Gulf. Still, Iran’s Deputy Foreign Minister Hussein Sheikh al-Islam stated “Russia should not meddle in Syrian internal affairs. Only the Syrian government has the right to decide who will remain in its territory and who will leave.” He reiterated the Syrian Deputy-Foreign Minister Faisal Mekdad’s comment, which stated that Iranian forces and Hezbollah were in Syria at the request of the Syrian government. He also emphasized that these forces would remain in Syria.

In the meantime, the phrase “Syria’s internal affairs” has lost its meaning since the time when, at first, Western countries, then Turkey and member nations of the Gulf Cooperation Council became involved in the Syrian conflict with the aim of toppling Assad’s legal administration. Iran, Hezbollah and Shiite military units from Iraq, Afghanistan and even Pakistan, later joined by the Russian Aerospace Forces, then came to Syria’s aid. Tehran soon began to dictate the actions of the Syrian Army and its special forces in many ways, by, among other things, pressuring Assad, who had to dismiss generals from the “Iranian party” on more than one occasion. Assad’s actions to “cleanse” his pro-Iranian entourage in favor of officers who are aligned with Russia have triggered a tough response from Tehran. Hence, it is quite clear that Tehran equates “Syrian internal affairs” to its own interests in Syria.

Tensions are further exacerbated by the fact that on June 19, a long-planned operation against the opposition forces started in Daraa, so far it is quite spontaneous and disorganized in nature, limited to mainly artillery exchanges between the two sides. Assad gathered all of the most competent military forces in the South, where Iranian and Hezbollah units still remain and do not wish to leave, thus failing to comply with the agreement reached between Israel and Russia with silent acquiescence from Damascus. With such a dense concentration of military units, who not only fail to coordinate with each other, but are also hostile towards one another, uncontrollable clashes were unavoidable. For now, the Russian air forces have not become involved in the unfolding events, since the initiation and the nature of such an attack has not been agreed upon. Besides, it is difficult to predict the reaction of Israel and the coalition, who may view the presence of Iranian advisors and Pro-Iranian units intolerable and could start bombarding the forces concentrated in Daraa. Still, although a land attack has not started as yet, there have already been multiple losses, just from 19 to 20 June artillery strikes by the opposition have resulted in the death of dozens of Syrian Army military personnel. Messages, arriving from the south of Syria, do not leave one in any doubt that Iran has no intentions of leaving the environs of the Daraa governorate. Information has already leaked about a public execution by a firing squad, ordered by the commanding officer of one of the largest Hezbollah units in that region, Vasim Haddur, of 23 soldiers of the 9th division for their refusal to move to the frontline in the city district Haarb Ghazal.

Conflicts between pro-Iranian Shiite units on the one hand, and the Russian military police and divisions of the Syrian Army loyal to Assad, on the other, started at the beginning of June. Shiites and Hezbollah became very nervous when the Russian police units appeared in eastern Qalamun, and the Hezbollah commanders categorically demanded that any information about Russian military police movements had to be passed onto and coordinated with them. On the night of June 10, there were clashes between military personnel and Hezbollah in Rastan. This prompted the Russian forces to take control over a number of locations in Damascus, the Damascus International Airport and the road leading to it. In Damascus security forces arrested pro-Iranian state officials and military personnel, including Assad’s advisor Bouthaina Shaaban and the head of the Syrian Air Force Intelligence Directorate Jamil Hassan. Important state and strategic facilities, such as the central bank premises and buildings housing ministries have been taken under control. Road block have been set up around the state television complex. Other areas taken under control include the Dabaa airbase, Al-Qoseir and the sites around Lake Qatana.

Clearly, while remaining partners with Tehran, Assad is still aligned with Russia, whose troops have a legitimate right to remain in Syria unlike other foreign forces. The cool down in the relationship between Iran and Damascus may result in serious military difficulties; however, Assad clearly understands that without Russia’s aid, political cooperation with Turkey and coordination with the US coalition, his regime is doomed to fail. As Iran is being forced out of Syria, it can no longer guarantee long-term survival of the current Syrian administration along with Assad, the Alawite ruling clan and his allies in the post-war period. It is senseless for Moscow to hold onto Tehran in Syria until the very end, which is, quite clear, especially in light of Iran’s reactions. The US and their Arabic allies, first and foremost Saudi Arabia, and possibly, actually most probably, Israel, plan on initiating efforts to force Iran out of Syria. Hence, Russia will have to choose its position before these efforts begin. If Russia decides on the right course of action, it can remain in Syria for a minimum of a year or a year and a half. Afterwards, the ruined Syrian economy will have to be rebuilt, Assad has already publicly announced the price of such efforts, estimated at 400 billion US dollars. It is clear that Moscow does not have such resources, while rich countries of the Gulf Cooperation Council and the European Union (EU) can raise the required funds. But they will not start spending this money until Iran leaves Syria either voluntarily or by force.

Generally speaking, disagreements between Russia and Iran in Syria have always existed; however, the two sides became situational allies during the critical stage of the Syrian military conflict, and without this alliance neither party would have had a chance to reach its goals. However, de-escalation zones, agreed upon by the US coalition, Turkey and the Russian-Iranian alliance, have now turned into areas where local operations aim to destroy the remaining opposition forces stationed in “their” territories. It is apparent, that these conditions have led to Tehran’s decision to divide the Russian-Iranian de-escalation zone, which prompted its verbal attacks against Moscow.

Naturally, an open or armed conflict between Russia and Iran in Syria is out of the question. But the political nature of the confrontation is slowly taking shape:

1) Iranians will create problems in Lattakia and Tartus (where many people accused of planning an armed revolt have been arrested), it is also where protests have been initiated by the Alawite population;

2) Iranians have retained control over most of the Republican Guard divisions (which is in fact its proxy force). Considering the fact that Assad does not have competent military troops, other than the Republican Guard, if land division between Tehran and Moscow continues, Assad will start ruling solely with Russian military support.

In such a scenario, Iranians will probably be pushed out of the central governorates of Syria in the near future, leaving Aleppo and the eastern part of the joint de-escalation zone up to Euphrates in their hands.

Disagreements between Iran and Russia in the Syrian War are completely reasonable and comprehendible, but up until now they remained in the shadows and did not come to light. At present, Iranians are clearly losing their nerve, as they have started conflicts with Russia in Syria. But Iran will not benefit from this disagreement, since it can not survive without Moscow once the coalition starts its operation against the Iranian proxy forces in Syria. In current circumstances, Iranians need to exercise self-restraint, and not fuel discussions among Western and Arabic experts about the rift in the Russian-Iranian alliance in Syria. Especially when together with Turkey, both countries continued the Syrian Peace talks, which began in Astana, in Geneva on 18 to 19 June, with the three guarantor countries discussing establishing the Syrian Constitutional Commission with the Special Envoy of the Secretary-General on Syria, Staffan de Mistura.