Is Gene Editing the New Name for Eugenics?

A major new technology known as Gene Editing has gained significant attention in recent months. Its advocates claim it will revolutionize everything from agriculture production to disease treatment. None other than Bill Gates has just come out in an article in the US foreign policy magazine Foreign Affairs in praise of the promise of gene editing. Yet a closer investigation suggests that all is not so ideal with Gene Editing. New peer reviewed studies suggest it could cause cancer. The question is whether this technology, which is highly controversial, is little more than a stealth way to introduce GMO genetic manipulation by way of another technique.

The scientific magazine, Nature Studies, has published two studies that suggest that gene-editing techniques may weaken a person’s ability to fight off tumors, and “could give rise to cancer, raising concerns about for the safety of CRISPR-based gene therapies.” The studies were done by Sweden’s Karolinska Institute and by the pharmaceutical firm, Novartis. Cells whose genomes are successfully edited by CRISPR-Cas9 have the potential to seed tumors inside a patient the studies found. That could make some CRISPR’d cells ticking time bombs, according to researchers from Karolinska Institute and, in a separate study, by Novartis.

The CEO of CRISPR Therapeutics, Sam Kulkarni, admitted that the results are “plausible.” He added, “it’s something we need to pay attention to, especially as CRISPR expands to more diseases.” Given the stakes that is a notably nonchalant response.

Genes out of the bottle

The issue of gene editing to cut or modify DNA of a plant, animal or potentially human beings is by no means mature let alone fully tested or proven safe as the two new studies suggest. CRISPR, far the most cited gene editing technology, was developed only in 2013. In 2015 at a London TED conference geneticist Jennifer Doudna presented what is known as CRISPR-Cas9, an acronym for “Clustered regularly-interspaced short palindromic repeats.” It’s a gene-editing platform using a bacterially-derived protein, Cas9 that supposedly allows genetic engineers to target and break the DNA double strand at a precise location within a given genome for the first time.

The technique also has significant problems. It has been shown repeatedly that only a small minority of cells into which CRISPR is introduced, usually by a virus, actually have their genomes edited as intended.

In China scientists used human embryos given by donors of embryos that could not have resulted in a live birth, to edit a specific gene. The results were a bad failure as the tested cells failed to contain the intended genetic material. Lead researcher Jungiu Huang told Nature. “That’s why we stopped. We still think it’s too immature.”

A newer form of gene editing known as gene drive, as I noted in an earlier article, has an alarming potential to become a Frankenstein monster. Gene Drive gene editing, which is being heavily funded by the Pentagon’s DARPA, aims to force a genetic modification to spread through an entire population, whether of mosquitoes or potentially humans, in just a few generations.

The scientist who first suggested developing gene drives in gene editing, Harvard biologist Kevin Esvelt has publicly warned that development of gene editing in conjunction with gene drive technologies have alarming potential to go awry. He notes how often CRISPR messes up and the likelihood of protective mutations arising, making even benign gene drives aggressive. He stresses, “Just a few engineered organisms could irrevocably alter an ecosystem.” Esvelt’s computer gene drive simulations calculated that a resulting edited gene “can spread to 99 percent of a population in as few as 10 generations, and persist for more than 200 generations.”

Despite such warnings and problems, the US Department of Agriculture has endorsed gene editing, without any special testing, for use in agriculture crops. The Department of Agriculture has decided that genetically edited plants are like plants with naturally occurring mutations and thus require no special regulations and raise no special safety concerns, despite all contrary indications. And the Pentagon’s DARPA is spending millions of dollars to research it.

Most recently the Microsoft founder Bill Gates, a long-time advocate of eugenics, population control and of GMO, has come out in a strong endorsement of Gene Editing. In an article in the May/June 2018 magazine of the New York Council on Foreign Relations, Foreign Affairs, Gates hails gene editing technologies, explicitly CRISPR. In the article Gates argues that CRISPR and other gene-editing techniques should be used globally to meet growing demand for food and to improve disease prevention, particularly for malaria. “It would be a tragedy to pass up the opportunity,” he wrote. In point of fact, the Bill and Melinda Gates Foundation, which among other projects is working to spread GMO plants into African agriculture and which is a major shareholder of Monsanto, now Bayer AG, has financed gene editing projects for a decade.

Gates and his foundation are not at all neutral in the area of Gene Editing and definitely not in the related highly controversial Gene Drive applications. In December 2916 in Cancun Mexico at the UN Biodiversity Conference, more than 170 NGOs from around the world including the German Heinrich-Böll Stiftung, Friends of the Earth, La Via Campesina and others called for a moratorium on gene drive research.

However, inside the UN at their dedicated website the online discussion is dominated by something called the Ad Hoc Technical Expert Group on Synthetic Biology (AHTEG), a UN-approved “expert group” on synthetic biology. AHTEG is indirectly funded by the Bill & Melinda Gates Foundation through the PR company, Emerging Ag which wages an intense pro-Gene Drive lobby campaign within the UN. Emerging Ag has recruited some 60 biology researchers including from Bayer Crop Sciences to promote the high-risk gene drive technology. They advocate US-level non-regulation of gene editing and gene drive as does Gates, and they vigorously oppose any moratorium.

In his Foreign Affairs article Gates argues, “Gene editing to make crops more abundant and resilient could be a lifesaver on a massive scale…For a decade, the Bill & Melinda Gates Foundation has been backing research into the use of gene editing in agriculture.” He adds, without proof, “there is reason to be optimistic that creating gene drives in malaria-spreading mosquitoes will not do much, if any, harm to the environment.”

With the Bill & Melinda Gates Foundation, the USDA and the Pentagon DARPA all involved energetically advancing gene editing and especially the highly-risky Gene Drive applications in species such as mosquitoes, one has to ask is gene editing becoming the new name for eugenics in light of the fact that GMO technologies have been so vigorously opposed by citizen groups around the world. Honest scientific research is of course legitimate and necessary. But unregulated experimentation with technologies that could wipe out entire species is definitely not the same as planting a variety of hybrid corn. 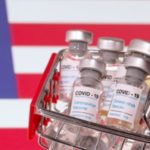 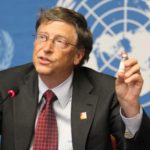 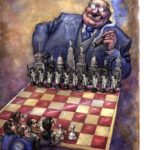 What Are the Pharmaceutical Industry's Connections to Schools of Public Health? 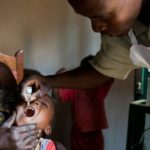 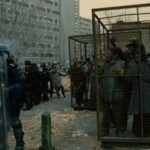 Gates, Kissinger and Our Dystopian Future 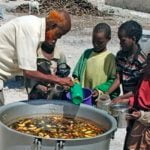