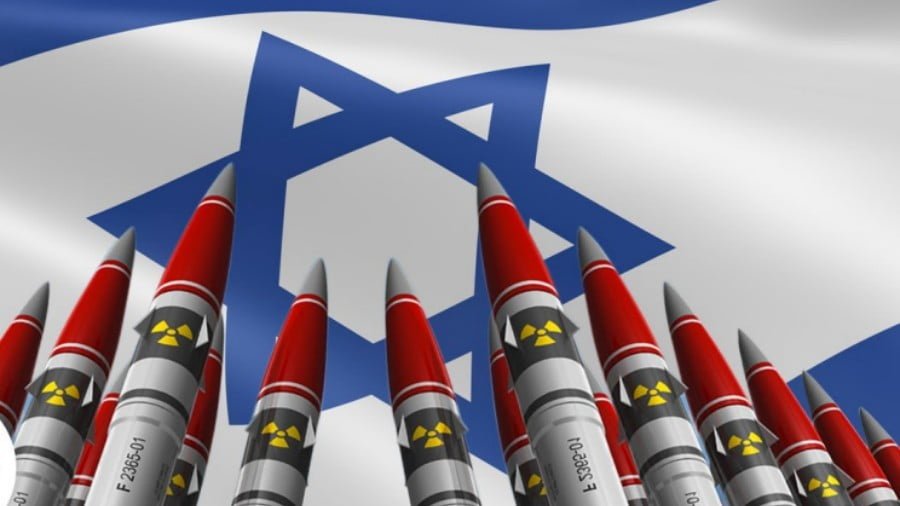 Now that the DPRK, a former signatory to the Treaty on the Non-Proliferation of Nuclear Weapons (NPT) which later withdrew has agreed to a full de-nuclearisation process, it is time to focus on other nations that possess nuclear weapons that have yet to sign the NPT.

Of all the world’s nuclear powers only “Israel”, India and Pakistan have refused to sign the NPT and of these three only “Israel” refuses to officially declare its nuclear capability even though unofficially, officials of the Tel Aviv regime have boasted of their illegal nuclear arsenal. While India and Pakistan only became nuclear capable in the late 1990s, Tel Aviv’s first successful nuclear tests came in the early 1960s and were privately a bone of contention between US President John F. Kennedy and the Tel Aviv regime. Even more worryingly, Tel Aviv maintains a plan to launch a large scale nuclear war on its neighbours and the wider region should it fear that it is on the verge of losing a traditional conflict. The award winning journalist Seymour Hersh first revealed the existence of the Samson Option – a classified “Israeli” military doctrine advocating for the use of nuclear weapons on a wide scale should the regime feel sufficiently threatened. As the regime recently stated that it feels threatened by the kites and balloons being flown by Palestinains to attempt and disrupt airstrikes on Gaza, it is clear that Tel Aviv has a very low threshold for what it considers “threatening”. Against this background, the existence of the Samson Option should be incredibly worrying to the so-called international community.

Not only has “Israel” had its illegal stockpile of nuclear weapons for longer than India or Pakistan, but “Israel” has been at war with and has occupied more countries over the last 50 years than either south Asian nuclear power. Since its inception, the Tel Aviv regime has been at war with Palestine, Lebanon, Egypt, Jordan and Syria. It has occupied Palestine since 1947 and part of Syria since 1967.

The regime also occupied part of Egypt between 1967 and 1982. 1982 was also when “Israel’s” full scale occupation of southern Lebanon began while hostile regime forces only vacated in 2006, subsequent to a partial withdrawal in the year 2000. The regime had also occupied parts of Lebanon as early as 1978 while in 1981 the “Israeli” air force launched an illegal aerial assault on Iraq. While continually occupying Syria, recent years have seen ever more unprovoked “Israel” bombardments of south-western Syria which have increased in terms of their frequency and intensity in recent months.

While India and Pakistan have had a hostile relationship ever since both nations became independent of UK imperial rule, they have nevertheless engaged in fewer conflicts than those inaugurated by “Israel” and this fact in and of itself is quote remarkable. Furthermore, in spite of an alliance dating back many decades, “Israel” has also engaged in hostilities with the United States.

In 1967, the American Naval Ship USS Liberty came under a sustained attack from the “Israeli” air-force and torpedo boats without any warning or justification. In spite of Liberty’s commanders sending communications informing “Israel” that they were an “allied” US ship, the attack persisted for hours. Archival material has revealed that some of the pilots were aware that the ship was American, but that they were ordered by their superiors to keep attacking. Ultimately, 34 Americans died in the attack while 171 were severely wounded. The incident was systematically hushed up by the US government and media. Many researchers suspect that “Israel” had attempted to stage a false flag incident that would later be blamed on Egypt, in order to coerce the US into attacking Egypt and its Soviet ally. Because “Israel” was not able to kill all the men on board, the plan failed as the survivors knew full well that it was “Israel” and not Egypt nor any other Soviet ally that had attacked their ship.

While the ultimately non-lethal incident of the American Navy ship USS Pueblo being captured by the DPRK in 1968 received a great deal of attention in the US media, the USS Liberty incident from the prior year was quickly hushed up. Later, many scholars and journalists accused then US President Lyndon B. Johnson of covering up “Israel’s” wanton aggression upon a US flagged ship.

With Donald Trump publicly declaring that the DPRK no longer poses a threat to the United States, it remains clear that the undeniably aggressive “Israeli” should be the next nation to de-nuclearise for the benefit of wider global peace. While nuclear weapons in south Asia are indeed a worrying prospect, no regime has been so wantonly aggressive, so frequently in violation of UN resolutions and so threatening to all of its neighbours than the “Israeli” regime has been since its dubious inception.

With the DPRK out of the equation, it now remains a matter of focusing on countries which continue to stockpile nuclear weapons without signing the NPT. Of all there such nations, “Israel” is by far the most dangerous and should be the next to be pressured by the wider world to give up its nuclear weapons.

Unfortunately, the close and frequently sycophantic US relationship with Tel Aviv means that this might not happen until it is too late. Such a worrying prospect ought to galvanise a wider support throughout the world for such a peaceful de-nuclearisation process to begin at once. 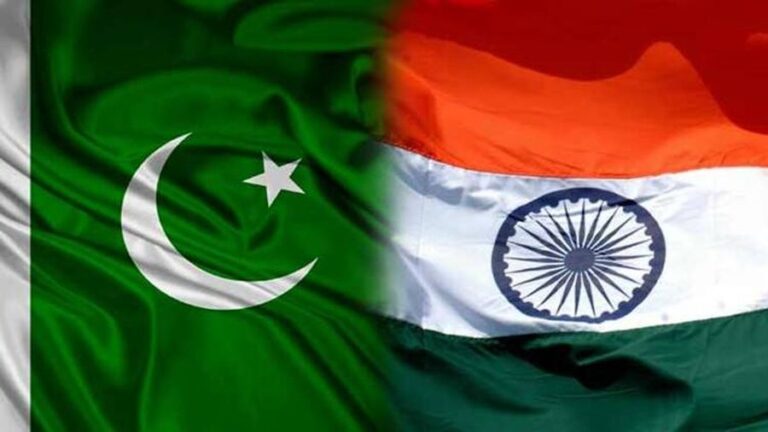 It admittedly sounds strange to write about India and Pakistan of all countries practicing very similar policies during a global crisis, especially with respect to Russia, but such is the curious state of contemporary International Relations that has thus far defied so many observers’ expectations. The US-led West is extremely displeased with India and Pakistan… 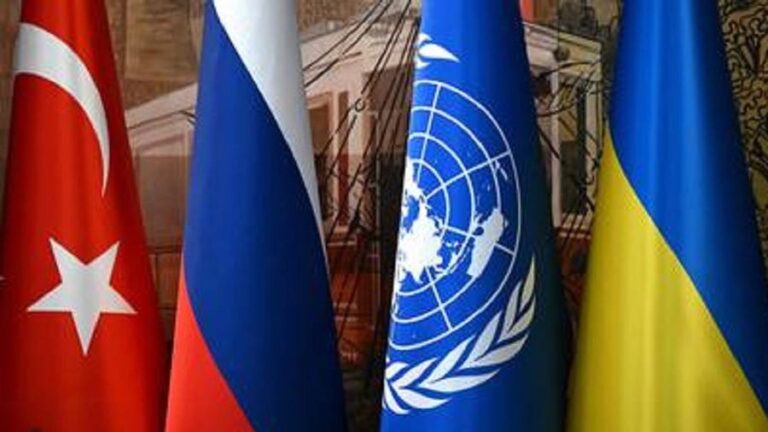 In hindsight, Russia, Kiev, and the latter’s Golden Billion patrons all had differing motives in agreeing to the deal. The first regarded it as an act of good faith as well as a means of tangibly counteracting fake news alleging that the Kremlin was weaponizing famine across the Global South. The second, meanwhile, wanted to… 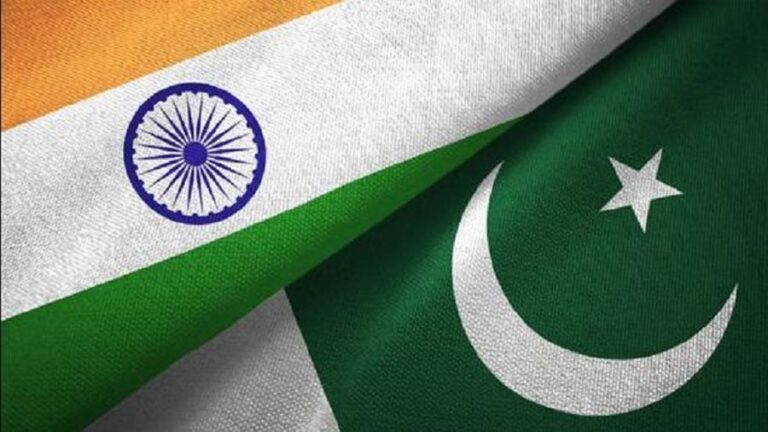 Whether the US continues with its ‘Pivot to Asia’ to more aggressively ‘contain’ China or begins ‘rebalancing’ towards Europe in order to do the same to Russia, the centrally positioned South Asian region of the Eastern Hemisphere in which India and Pakistan are located will remain pivotal in shaping the global balance of power. The… 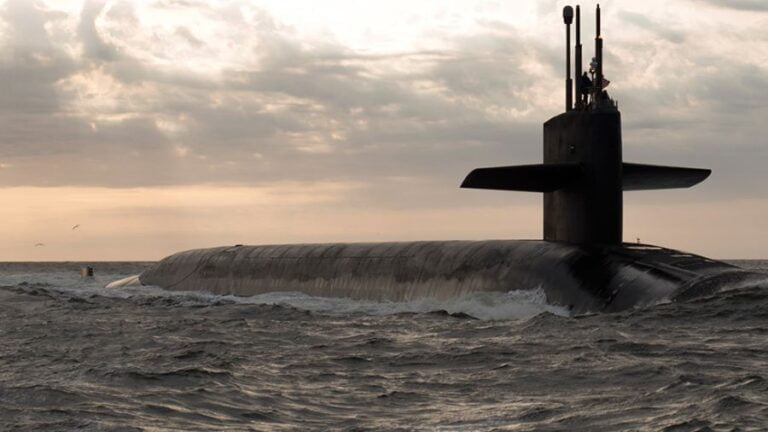 Wars should be avoided at all costs. Nuclear conflict should never be contemplated. These two truisms are often spoken, but rarely adhered to. Wars occur all too frequently, and so long as nations possess nuclear weapons, their use is contemplated on a continuous basis. The ongoing Ukrainian-Russian conflict has put the world’s two largest nuclear… 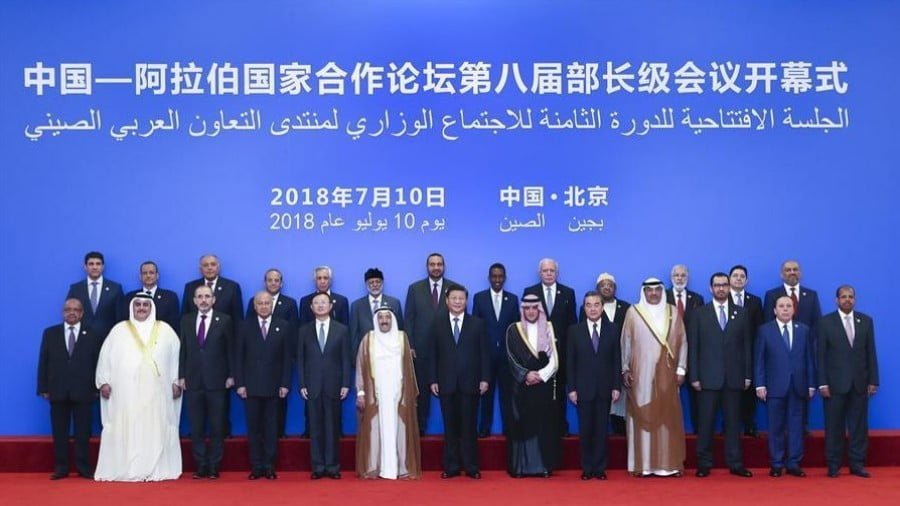