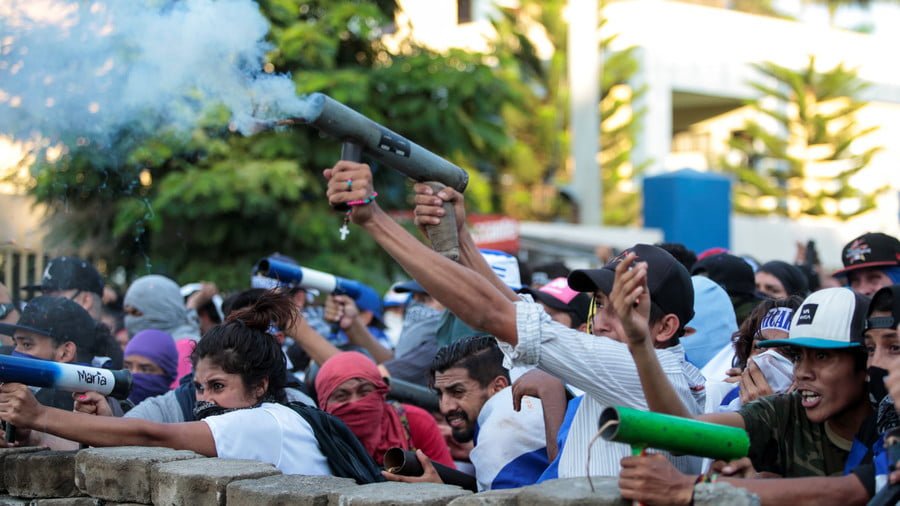 The student-led anti-government movement in Nicaragua is unlike other recent attacks on the Latin American socialist bloc; it emanates mainly from the left of the political spectrum. But that doesn’t mean the US isn’t behind it.

The so-called marea rosa, or ‘pink tide’, of allied leftist governments which held sway across Latin America in previous years is being rolled back. Brazil’s Dilma Rousseff was removed from power in a right-wing coup, co-conspirators of which have now managed to imprison the current presidential frontrunner, Luiz Inacio Lula da Silva. Ecuador’s Lenin Moreno has stabbed his former leader Rafael Correa in the back by barring him from seeking re-election, while seemingly purging his cabinet of remaining Correa loyalists and beginning the process of allowing the US military back into the country. Alongside other democratic and not-so-democratic removals of leftist governments from power, NATO has nabbed itself a foothold in the region, now that Colombia has joined the obsolete yet aggressively expanding Cold War alliance, in a thinly veiled threat to neighboring Venezuela.

And now it’s Nicaragua’s turn under the boot. Again.

Over 100 people have been killed since unrest broke out in mid April. Student demonstrations began in the capital Managua as a reaction to the country’s failure to handle forest fires in one of the most protected areas of the Indio Maiz Biological Reserve. The situation was then exacerbated when, two days later, the ruling Sandinista National Liberation Front announced it was slashing pensions and social security payments, sparking further anti-government protests. Targeted opposition violence along with police repressions have led to a mounting body count on both sides. Violence persists in the country, despite the fact that President Ortega has now ditched the proposed welfare reforms and has been engaging in talks with the opposition.

The government has adamantly denied it was responsible for snipers killing at least 15 people at a recent demonstration. And, while we may never know what really happened, it’s fair to say an embattled national leadership in the midst of peace talks has little to gain from people being gunned down in front of the world’s media at an opposition march on Mother’s Day. All I’ll say on the matter is it’s not like we didn’t have mysterious sharpshooters picking off protesters during US-supported coups in Venezuela and Ukraine.

With his approval ratings recently reaching as high as 80 percent during the 2017 presidential campaign, Nicaragua’s President Daniel Ortega is far from a dictator. As a Guerrilla leader, Ortega’s leftist Frente Sandinista de Liberación Nacional (FSLN) overthrew Anastasio Somoza Debayle’s brutal regime in 1979, thereby ending the Somoza family dynasty which had ruled Nicaragua since the mid-1930s. The US responded by arming, funding and training right-wing death squads, in an insurgency that would ultimately cost the lives of more than 60,000 people over the course of a decade. While all this was going on, Ortega called a free and open presidential election in 1984 and won with 67 percent of the vote. Under Ortega’s Sandinistas, Nicaragua went through a hugely successful literacy campaign and land reform process.

Ortega was then defeated in the 1990 presidential elections and remained an opposition figure until 2007, when he was reelected. He has been back at the helm of the country now for over 10 years. Despite his Marxist past, Ortega’s embracing of populist politics has seen him pander to conservative religious attitudes. In a country whose national identity has been so shaped in recent history by iconic revolutionary movements, Ortega’s moves to appease the right have alienated some on the left, most noticeably among the nation’s younger cadres.

It is unsurprising then that the US is apparently capitalizing on growing discontent, stoking dissent among the youth in a deliberate attempt to destabilize the Sandinista government. Infamously nefarious US soft power organizations such as the National Endowment for Democracy, also known as the CIA’s ‘legal window’, have set up extensive networks in Nicaragua.

Among the leading Nicaraguan student activists currently touring Europe to garner support for the anti-government movement is Jessica Cisneros. Cisneros is a member of the Movimiento Civico de Juventudes, which is funded by Madeline Albright’s National Democratic Institute (NDI). You remember Albright, right? She’s the former US Secretary of State that said that 500,000 Iraqi Children dying as a result of US sanctions against Saddam Hussein was “worth it”.

According to the NDI’s website, the organization “has partnered with Nicaraguan universities and civic organizations to conduct a youth leadership program, which has helped to prepare over 2,000 current and future young leaders from across the country” in order to improve the “country’s democratic development”.

Joining Cisneros on tour in Europe is Yerling Aguilera. At the time of writing this article Aguilera’s LinkedIn profile has her listed as a former employee and consultant for Instituto de Estudios Estratégicos y Políticas Públicas (IEEPP) in Nicaragua. IEEPP has received extensive funding from the National Endowment for Democracy.

If the idea of Washington supporting progressive anti-government forces in Latin America confuses you, then you’re failing to grasp the nature of US interference. During the Cold War, for example, the US supported both the Mujahideen in Afghanistan as well as eastern European trade unionists against the Soviet Union. Indeed, throughout the Syrian conflict, Washington has been arming leftist groups alongside jihadist organizations. It goes without saying that, despite US politicians getting all dewy-eyed over “freedom fighters,” the likes of Jihadists or even trade unionists are not welcome in US society. Certainly not if they receive foreign funding to carry out anti-government activities.

It’s all well and good saying things like ‘let Nicaraguans decide their future for themselves without foreign interference’, but criticism of Nicaragua’s young activists, based purely on the grounds of their acceptance of foreign backing, misses the point. Doing so ignores the historic fact that the Sandinistas also received extensive foreign support from the Cuban intelligence service (DGI) during the revolution. The difference between the two, however, are the stringent financial and economic conditions that go hand-in-hand with US support. When it comes to Washington backing your fight, there’s no such thing as a free ride.

Ortega’s government is far from perfect, but Nicaragua’s progressive opposition must be made to recognize the dangerous path down which they are leading their country. Yes, on the surface the organizations funding them may well have liberal-sounding mission statements that stress the need to “increase women’s political participation and initiatives to decrease discrimination against LGBTI people”, but they should know the destructive role that Washington non-profit foundations such as the NED or NDI have played around the world. They literally share the same agenda as the CIA.

Nicaraguans struggled against Washington’s subjugation of the country for most of the 20th century. Revolutionary Augusto C. Sandino, whose name Ortega’s Sandinistas incorporated, led an iconic guerilla war against US military occupation of the country between 1927-1933. He was eventually assassinated by the forces of General Anastasio Somoza Garcia (Anastasio Somoza Debayle’s grandfather), who went on to seize power two years later in a military coup. It was through Somoza that Washington first perfected its soft power form of imperialism, breaking with the European military occupation model. Somoza, armed and funded by Washington, crushed all opposition while making himself and his cohorts fantastically rich on the condition that he kept the country open to any and all US financial interests. Washington began to replicate this model all over Latin America, modernizing its tactics from the 80s onwards, all towards fostering corrupt neoliberal governments.

With the David and Goliath-style struggle for freedom and dignity their nation has waged over the years, the tens of thousands of Nicaraguans turning out into the streets for pro-government rallies undoubtedly want to preserve the security and relative prosperity they have known in recent years. Handing the keys of their country back over to Washington negates both of those things. 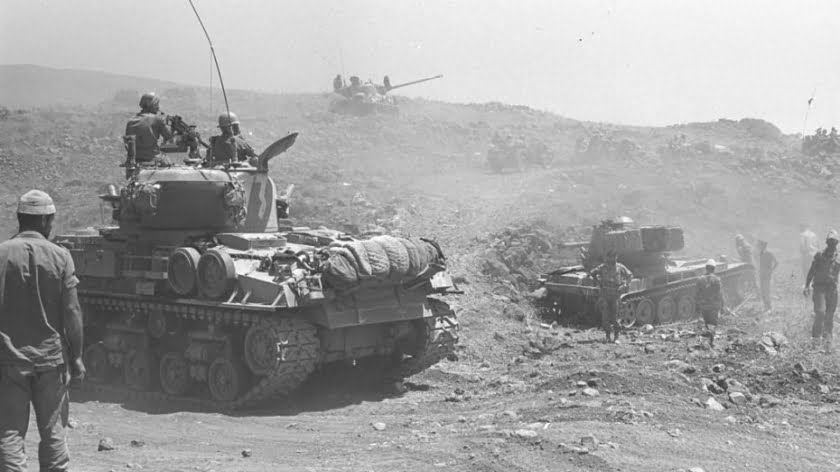 Trump and Netanyahu still congratulate themselves on getting the United States to recognize Israel’s annexation of the Golan Heights. They should not. It looked like an absurd petty vanity in 1908 when the Austro-Hungarian Empire formally annexed the obscure Balkan provinces of Bosnia and Herzegovina: Six years later that move set off the greatest war…

The 10th strike group of the US Navy and the Dwight D. Eisenhower aircraft carrier are returning from the Middle East to the US, a statement of US Navy reads. The group also includes the San Jacinto guided missile cruiser, as well as destroyers Mason and Nitze. In the near future, they will arrive at… 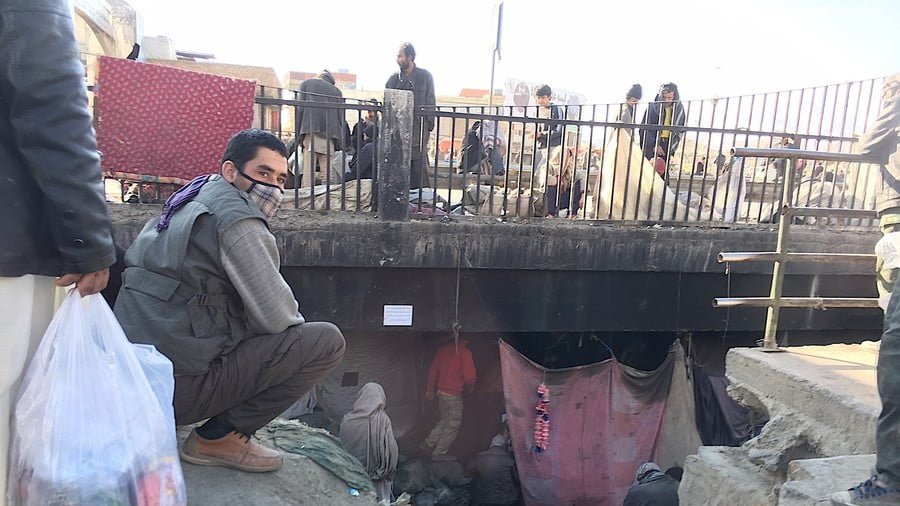 The West likes to think of itself as a truly “peace-loving part of the world”. But is it? You hear it everywhere, from Europe to North America, then to Australia, and back to Europe: “Peace, peace, peace!” It has become a cliché, a catchphrase, a recipe to get funding and sympathy and support. You say… 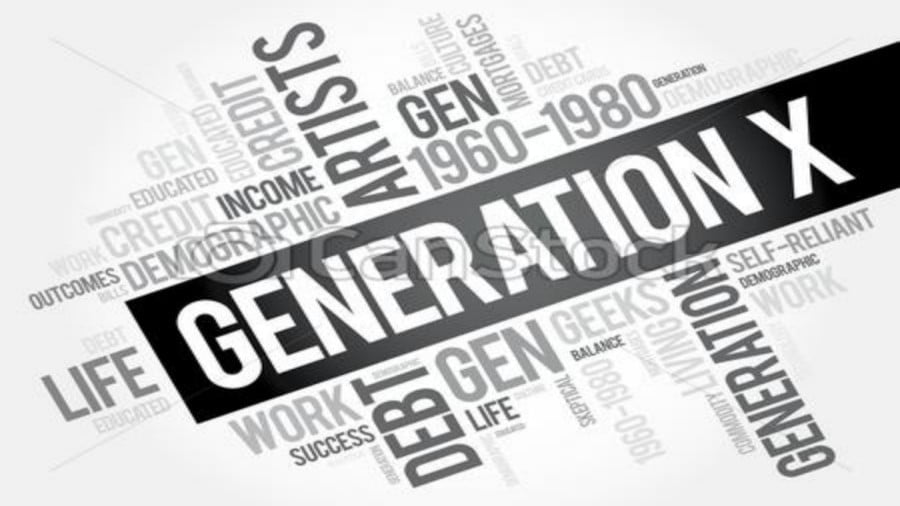 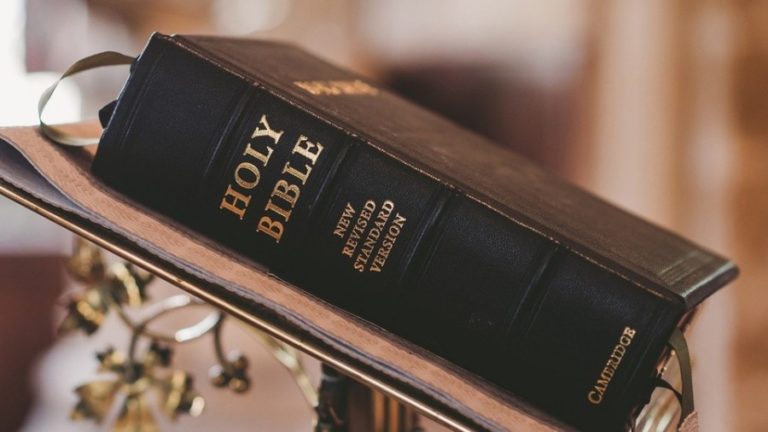 In its most recent exercise of liberal democracy, the state senate of Massachusetts voted 32-8 to override Gov. Charlie Baker’s veto of what is called the Roe Act. One day earlier, Monday, the state house had voted to override. The Roe Act is now law in the Bay State. And what does it say? Drafted…