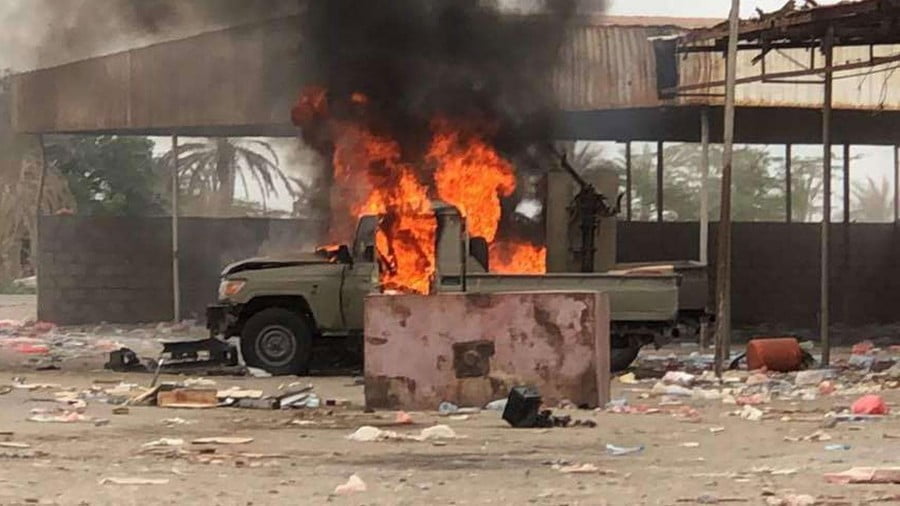 With the United Nations warning that millions of civilians could die from violence or starvation from the ongoing military siege of the Yemeni port city of Hodeida, there is no other way to describe what is happening except as “genocide”.

The more than three-year war on Yemen waged by a Western-backed Saudi coalition has been arguably genocidal from the outset, with up to eight million people facing imminent starvation due to the years-long blockade on the Arabian country, as well as from indiscriminate air strikes.

But the latest offensive on the Red Sea city of Hodeida threatens to turn the world’s already worst humanitarian disaster into a mass extermination.

Hodeida is the entry point for 90 per cent of all food and medical aid into Yemen. If the city’s port stops functioning from the military offensive – as UN aid agencies are warning – then an entire country population of more than 20 million will, as a result, be on the brink of death.

The Saudi coalition which includes Emirati forces and foreign mercenaries as well as remnants from the previous regime (which the Western media mendaciously refer to as “government forces”) is fully backed by the US, Britain and France. This coalition says that by taking Hodeida it will hasten the defeat of Houthi rebels. But to use the cutting off of food and other vital aid to civilian populations as a weapon is a blatant war crime. It is absolutely inexcusable.

This past week an emergency session at the UN Security Council made the lily-livered call for the port city to remain open. But it stopped short of demanding an end to the offensive being led by Saudi and Emirati forces against Hodeida, which is the second biggest stronghold for Houthi rebels after the capital Sanaa. The port city’s population of 600,000 is at risk from the heavy fighting underway, including air strikes and naval bombardment, even before food, water and medicines supply is halted.

Since the Security Council meeting was a closed-door session, media reports did not indicate which members of the council voted down the Swedish call for an immediate end to hostilities. However, given that three permanent members of the council, the US, Britain and France, are militarily supporting the Saudi-led offensive on Hodeida, one can assume that these states blocked the call for a cessation.

As the horror of Hodeida unfolds, Western media are reporting with a strained effort to whitewash the criminal role of the American, British and French governments in supporting the offensive. Western media confine their focus narrowly on the humanitarian plight of Hodeida’s inhabitants and the wider Yemeni population. But the media are careful to omit the relevant context, which is that the offensive on Hodeida would not be possible without the crucial military support of Western governments. If the Western public were properly informed, the uproar would be an embarrassing problem for Western governments and their servile news media.

What is notable in the Western media reportage is the ubiquitous descriptor when referring to the Houthi rebels. Invariably, they are described as “Iran-backed”. That label is used to implicitly “justify” the Saudi and Emirati siege of Hodeida “because” the operation is said to be part of a “proxy war against Iran”. The BBC, France 24, CNN, Deutsche Welle, New York Times and Washington Post are among media outlets habitually practicing this misinformation on Yemen.

Both Iran and the Houthis have said that there is no military linkage. Granted, Iran politically and diplomatically supports the Houthis, and the Yemeni population generally, suffering from the war. The Houthis share a common Shia Muslim faith as Iran, but that is a far cry from military involvement. There is no evidence of Iran being militarily involved in Yemen. The claim of a linkage relies heavily on assertion by the Saudis and Emiratis which is peddled uncritically by Western media. Even the US government has shied away from making forthright accusations against Iran supporting the Houthis militarily. Washington’s diffidence is a tacit admission that the allegations are threadbare. Besides, how could a country which is subjected to an illegal Saudi blockade of its land, sea and air routes conceivably receive weapons supplied from Iran?

By contrast, while the Western media repeatedly refer to the Houthis as “Iran-backed”, what the same media repeatedly omit is the descriptor of “American-backed” or “British and French-backed” when referring to the Saudi and Emirati forces that have been pounding Yemen for over three years. Unlike the breathless claims of Iranian linkage to the Houthis, the Western military connection is verified by massive weapons exports, and indeed coy admissions by Western governments, when they are put to it, that they are supplying fuel and logistics to aid and abet the Saudi and Emirati war effort in Yemen.

Last week, the New York Times affected to lament the infernal conditions in Yemen as a “complex war”, as if the conflict is an unfathomable, unstoppable mystery. Why doesn’t the New York Times publish bold editorials bluntly calling for an end to US government complicity in Yemen? Or perhaps that is too “complex” for the Times’ editorial board?

The Washington Post also wrung its hands last week, saying: “The world’s most dire humanitarian crisis may get even worse. Emirati-led [and Saudi] offensive underway against port city of Hodeida, which is controlled by Iran-backed [sic] Houthi rebels.”

In its report, the Post did not mention the fact that air strikes by Saudi and Emirati forces are carried out with American F-15 fighter jets, British Typhoons and French Dassault warplanes. Incongruously, the Post cites US officials claiming that their forces are not “directly involved” in the offensive on the port city. How is that credible when air strikes are being conducted day after day? The Washington Post doesn’t bother to ask further.

In a BBC report last week also lamenting the “humanitarian crisis” in Hodeida, there was the usual evidence-free casual labelling of Houthi rebels as “Iran-backed”. But, incredibly, in the entire article (at least in early editions) there was not a single mention of the verifiable fact that the Saudi and Emirati military are supplied with billions-of-dollars-worth of British, American and French weapons.

In the final paragraph of its early edition of the report, the BBC editorializes: “In March 2015, Saudi Arabia and eight other mainly Sunni Muslim Arab states launched a military campaign to restore [exiled president] Hadi’s government after becoming alarmed by the rise of the Houthi group which they see as an Iranian Shia Muslim proxy.”

Note the BBC’s lame and unconvincing implication of Iran. This is a stupendous distortion of the Yemeni conflict by the British state-owned broadcaster which, astoundingly, or perhaps that should be audaciously, completely airbrushes out any mention of how Western governments have fueled the genocidal war on Yemen.

At the end of 2014, the American and Saudi puppet self-styled “president” Mansour Hadi was kicked out by a Yemeni popular revolt led by the Houthis, but not exclusive to these rebels. The Yemeni uprising involved Shia and Sunni. To portray Iran as sponsoring a Shia proxy is a vile distortion which the Saudis and their Western backers have used in order to justify attacking Yemen for the objective of re-installing their puppet, who has been living in exile in the Saudi capital Riyadh. In short, covering up a criminal war of aggression with lies.

In reality, the Yemen war is about Western powers and their Arab despot client regimes trying to reverse a successful popular revolt that aspired to bring a considerably more democratic government to the Arab region’s poorest country, overcoming the decades it languished as a Western, Saudi client kleptocracy.

For over three years, Saudi and Emirati forces, supported with Western warplanes, bombs, missiles, attack helicopters, naval power, and air refueling, as well as targeting logistics, have waged a non-stop bombing campaign on Yemeni civilians. Nothing has been off-limits. Hospitals, schools, markets, mosques, funerals, wedding halls, family homes, farms, water-treatment plants and power utilities, all have been mercilessly obliterated. Even graveyards have been bombed.

Even during the Muslim holy month of Ramadan, the Saudi-led coalition – the supposed custodian of the two holy mosques of Mecca and Medina – has continued to massacre innocents from the air.

Elsewhere in the region, Western politicians and media have mounted hysterical protests against the Syrian government and its Russian ally when they have liberated cities from Western-backed terrorists, accusing Syria and Russia of “war crimes” and “inhuman sieges”. None of these hyperbolic Western media campaigns concerning Syria has ever been substantiated. Recall Aleppo? East Ghouta? The Syrian people have gladly returned to rebuild their lives now in peace under Syrian government protection after the Western terror proxies were routed. Western media claims about Syria have transpired to be outrageous lies, which have been hastily buried by the media as if they were never told in the first place.

Yet in Yemen there is an ongoing, veritable genocidal war fully supported by Western governments. The latest barbarity is the siege of Hodeida with the callous, murderous objective of finally starving a whole population into submitting to the Western, Saudi, Emirati writ for dominating the country. This is Nuremberg-standard capital crimes.

With no exaggeration, Western news media are a Goebbels-like propaganda ministry – par excellence – whose duty is to whitewash genocide conducted by their governments. The barefaced lies and sly omissions being told about Yemen is one more reason among many reasons why the Western media have forfeited any vestige of credibility. They are serving as they usually do – Vietnam, Iraq, Libya, Syria among others – as accomplices in an epic war crime against Yemen. 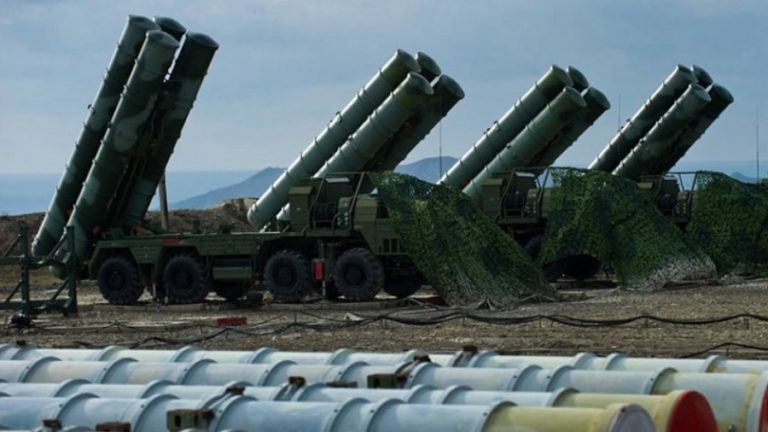 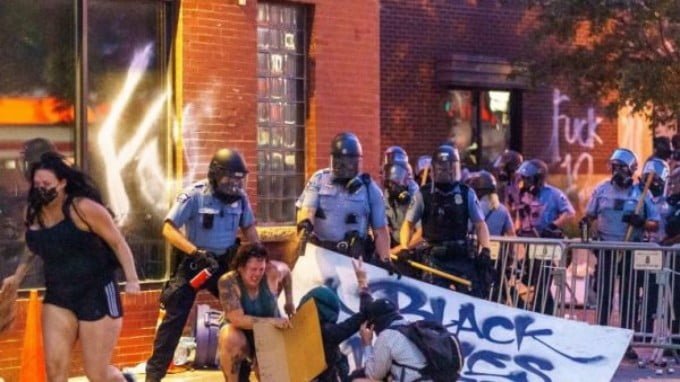 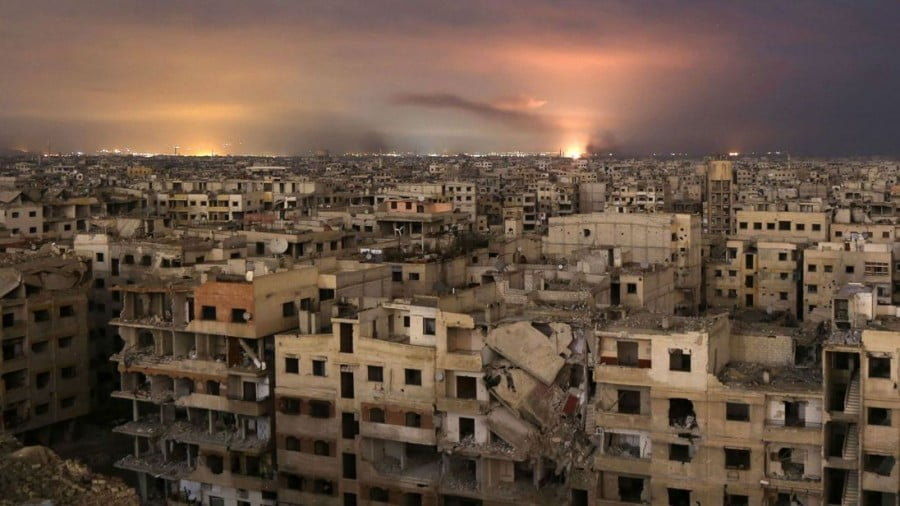 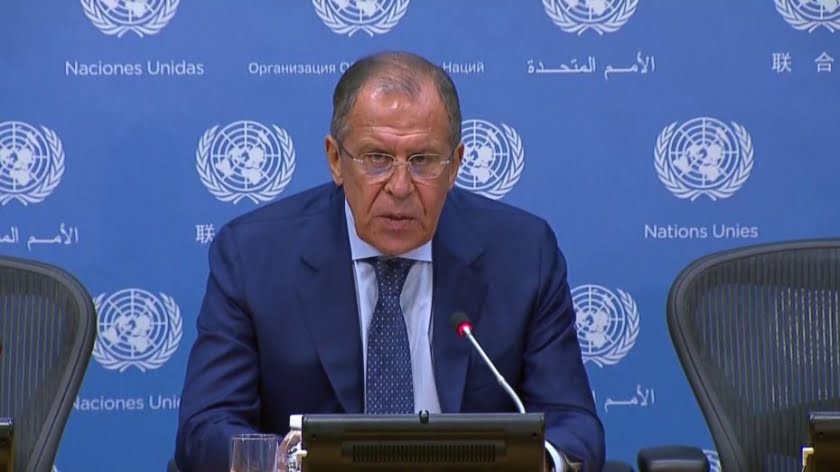 The US and its Western allies are creating more international tensions and instability in a futile bid to carve the globe into “spheres of interest” and “exclusivity”. That’s the way Russian Foreign Minister Sergei Lavrov views it, and few objective observers of international relations could disagree with his admonishment. Russia’s top diplomat says the only… 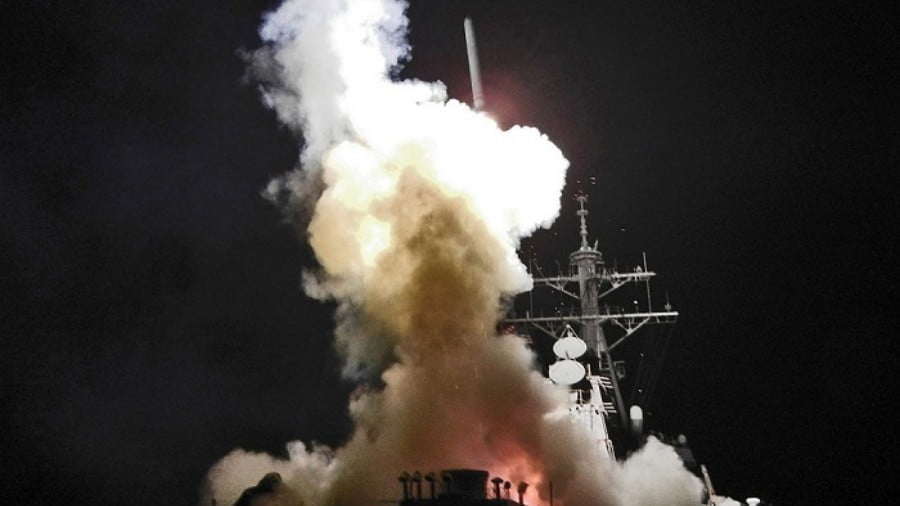