China retaliated to Trump’s tariffs by imposing its own against the US, one of which concerns soy exports that’s being interpreted as an attack against the President’s base.

Practically all observers agree that China’s decision to target the US’ soy industry is partially meant to make life difficult for the farmers in Middle America who the President has promised to always support, potentially complicating the Republicans’ electoral prospects ahead of the upcoming midterm elections in November. In a sense, China is indirectly interfering in the US’ political process, though this isn’t anything unlike what the US does inside of the People’s Republic or anywhere else in the world for that matter. Even so, this point is sure to be picked up by both Democrats and Republicans alike, with the former blaming Trump for triggering what they’ll frame as unnecessary hardships while the latter will likely accuse their opponents of treasonously trying to capitalize on a foreign state’s indirect political intervention in American Democracy. At the end of the day, however, the big question is whether voters will be influenced by this tactic, but there are legitimate arguments for why they won’t be. 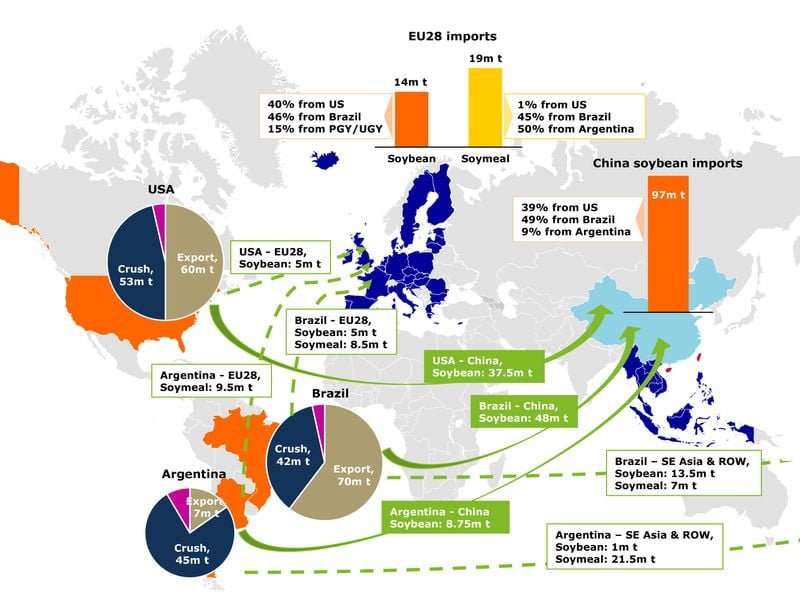 For starters, Trump’s base is fiercely patriotic and already aware of the game being played, making them unlikely to fall for this ruse. Another point is that sacrificing for the sake of defending national interests isn’t something culturally exclusive to non-Americans like the Iranians who do this in response to US pressure but is a concept that anyone can employ, including the affected farmers. In addition, the President could always come to their rescue through a highly publicized subsidy program that ends up boosting his appeal among these very same voters who China had hoped would turn against him, therefore ultimately making this move counterproductive to its original unstated purpose. In fact, Trump might even be savvy enough to use this opportunity to promote the narrative that he’s the only one who can protect the country from China, which could strengthen his party’s support in the swing states most affected by Beijing’s policies of luring companies away from America and then implementing retaliatory tariffs.

A Culture War Against China

Why America’s Economic War on China Is Failing

China Shouldn't Have Been Scapegoated During the Presidential Debate