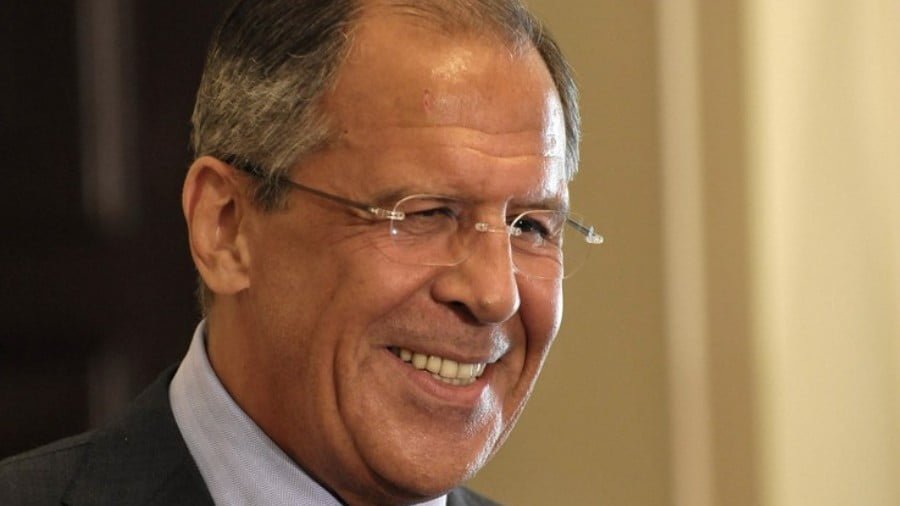 Contrary to how it’s being reported by some outlets, Russian Foreign Minister Sergei Lavrov didn’t exactly say that Iran’s withdrawal from Syria is “absolutely unrealistic”, nor did he deny that it’s in the cards, but his equivocating response allowed his audience to interpret his words according to their own expectations and interests.

From The Horse’s Mouth

The “Times Of Israel” media outlet, as well as many others, erroneously reported that Russian Foreign Minister Sergei Lavrov said that Iran’s possible withdrawal from Syria is “absolutely unrealistic”, though this is more of an interpretation of his words and not an exact quote like how it was portrayed. Here’s the official question and answer exchange between Lavrov and a reporter as transcribed by the Ministry of Foreign Affairs’ website, with the underlined emphases being the author’s own:

“Question: What do you think is the likelihood of reaching agreement on southern Syria before the Helsinki summit?

The other day, US National Security Advisor John Bolton said in an interview with the CBS that Iran’s withdrawal from Syria will also be discussed in Helsinki. I think all reasonable people understand that this demand is unrealistic. Nonetheless, we know that Israel has its own concerns over the presence of pro-Iranian non-governmental armed forces in the proximity of its borders. Is it possible to find a solution to this very complicated issue that would be supported by all parties, including Iran?

Sergey Lavrov: Let us first agree on some basic things. There are many non-Syrian forces in Syria. Some of them stay there with the agreement of the legitimate Syrian government, a UN member-country, while others stay there illegally, in violation of the principles of international law.

As for southern Syria, all matters related to Syria are bound to be discussed in Helsinki. The agreement on this area has already been reached and was fixed in the documents and decisions adopted by Russian President Vladimir Putin and US President Donald Trump in Hamburg in July 2017 and in Danang in November 2017. Jordan supported these decisions.

These decisions provide for a certain sequence of actions, as a result of which no non-Syrian forces will be left in this region. The Syrian army will control the border with Israel. At the same time, there will be a zero tolerance policy with regard to Jabhat al-Nusra and ISIS units stationed in this area. The part of the agreements that depended on Russia to a certain extent has been largely fulfilled.

Now we are trying to persuade our partners to do what they pledged to do under the two agreements reached last year. This primarily concerns the need to avoid any pretexts for not combatting terrorists and ousting them from this region.

We see how the Western media discusses the subject of Iran in a very simplified context that is designed for a not very sophisticated audience: “Iran must leave and everything will click into place.” This is applied not only to Syria but also to the entire region. It is alleged that Iran should leave, stay within its borders, and everything will be wonderful. This is absolutely unrealistic.

It is impossible to seek solution to the region’s problems without the participation of its key countries, including Iran, Saudi Arabia, Jordan and Egypt, to name a few. All of the region’s countries have their own concerns and many have grievances against each other. As in any other area of the world, they should sit down at the negotiating table, state their concerns and start talking on how they can remove them on a mutually acceptable basis. There is no other way. It is necessary to act in the same vein as regards the settlement in Syria or any other problem in this volatile region.”

From the above, it can clearly be seen that Lavrov didn’t exactly say that Iran’s withdrawal from Syria is “absolutely unrealistic” because this dramatic quote is actually in reference to the entirety of the paraphrased statement that the diplomat relayed in conveying the prevailing attitude of the Western media. He doesn’t think that the Islamic Republic’s dignified exit from the country is “absolutely unrealistic”, but that this move would supposedly make “everything wonderful” right away, and he’s correct.

Iran’s removal from the military equation will not instantaneously lead to the complicated political solution that Syria requires no matter how much the Western Mainstream Media wants its audience to believe so, which is why Lavrov followed up his statement by putting Iran in the same basket of countries as Saudi Arabia, Jordan, and Egypt when describing its importance in resolving the region’s problems. Interestingly, he doesn’t hint at any hierarchy in this respect, which basically puts all the aforementioned countries on the same level of importance.

It’s the implied assertion that Iran is just as necessary of a component in seeking a lasting Mideast peace as Saudi Arabia is that should have been the news item of the day, not the arguably subjective interpretation casually passed off as fact that Lavrov supposedly said that Iran’s withdrawal from Syria in and of itself is “absolutely unrealistic”. While it’s very possible that this was just an innocent misunderstanding on the media’s part, there’s also the chance that it was deliberate to a degree because of the interests that certain forces have in promulgating this narrative.

The “Israeli” media would like to keep the “Iranian threat” narrative alive in the public’s consciousness despite no IRGC or Hezbollah fighters evidently participating in the Syrian Arab Army’s liberation offensive in the southwestern “de-escalation zone” like how “Israel” demanded under pain of bombing. For all intents and purposes, a Russian-mediated deal seems to have been agreed to whereby this operation would take place without their participation, further underlining the peacemaking importance that Russia has come to have in Mideast affairs recently.

Lavrov even hinted as much when he said that “no non-Syrian forces will be left in [southwestern Syria] (and) The Syrian army will control the border with Israel”, to which end “The part of the agreements that depended on Russia to a certain extent has been largely fulfilled.” It’s difficult to understand this as anything other than Russia helping to broker a deal between Syria and “Israel” whereby the former will be allowed to control the “border” (which is internationally recognized as a UN ceasefire buffer) with the latter in exchange for keeping the IRGC and Hezbollah away from their shared frontier.

Precisely because of the high-level strategic nature of the Russian-“Israeli” partnership, however, some multipolar-friendly forces are uncomfortable reminding their audience that it was actually President Putin himself who hinted at the need for an Iranian withdrawal from Syria when he was speaking next to President Assad during their surprise Sochi Summit in May. This suggestion was confirmed by his Special Envoy to Syria Alexander Lavrentiev later that week, who emphasized that the President was referring not just to the US and Turkey, but also to “Hezbollah, and of course, the Iranians” when he famously said that he assumes that foreign forces will soon withdraw from the Arab Republic.

In spite of 18 years’ worth of statements by President Putin praising “Israel”, some Alt-Media forces continue sticking to their debunked dogma in fantasizing about an alt-reality where the Russian leader is on a “global anti-Zionist crusade”, which couldn’t be further from the truth. In addition, there are already hyperbolic concerns being publicly expressed in the Iranian Parliament that “these two political pawns (President Putin and Assad) [will] sacrifice us (Iran) at the Netanyahu-Trump altar”, so some media outlets might consciously want to downplay President Putin’s suggestion and the crucial role that this is intended to play in his unofficial peace plan for Syria.

“Israeli” Is Equal To Iran When It Comes To Mideast Peace

Returning back to the Lavrov’s misinterpreted statement, another point to mention is the curious way that he concluded his listing of the four countries of Iran, Saudi Arabia, Jordan, and Egypt that he said were key participants in reaching a Mideast peace. The Foreign Minister made sure to say that he was just naming “a few”, all of which he implied were equal without any hierarchy of importance, but the elephant in the room is obviously none other than “Israel”, which he probably didn’t want to directly include in the same sentence as the others for reasons of political sensitivity.

It would have been too much of an equivocating distraction to say that “Israel” is just as integral to Mideast peace as Iran is even though this is apparently the Russian government’s official position when judging by its recognition of West Jerusalem as “Israel’s” capital pending a peace resolution of its decades-long dispute with Palestine. Nevertheless, Lavrov didn’t want to make a gaffe by implying that the peace in the Mideast is exclusive only to the participation of the four key countries of Iran, Saudi Arabia, Jordan, and Egypt, which is why he ended his statement by euphemizing the elephant in the room with the words “to name a few”.

Once again, the news media could have picked up on this obvious inference in running more accurate reports stating that Russia believes that Iran, Saudi Arabia, and presumably also “Israel” are equally key actors to reaching a Mideast peace and should all therefore “sit down at the negotiating table, state their concerns and start talking on how they can remove them on a mutually acceptable basis.” From Lavrov’s perspective, it’s “absolutely unrealistic” to expect that anything other than the aforesaid suggestion – such as Iran’s unconditional withdrawal from Syria without its participation in the larger conflict resolution process – can bring peace to the region.

The bottom line is that Iran’s phased withdrawal from Syria, potentially facilitated by a US-Russian “gentlemen’s agreement” during the upcoming Trump-Putin Summit in Helsinki, is still in the cards, and that the only thing that Lavrov thinks is “absolutely unrealistic” is the naïve and simplified view of the Western Mainstream Media that the one and only move capable of bringing everlasting peace to Syria and the Mideast as a whole is if Iran “leaves (the Arab Republic) (and) stays within its borders”. It might be a “step in the right direction” to some, but it certainly isn’t the “be-all and end-all” requirement for stabilizing the region. 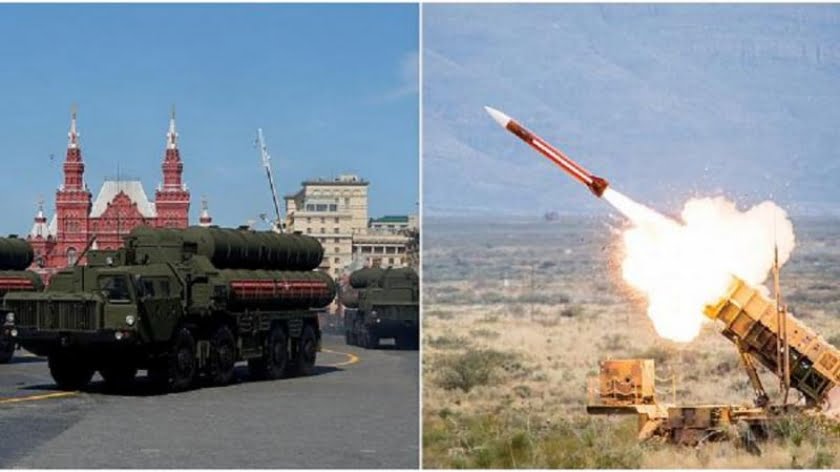 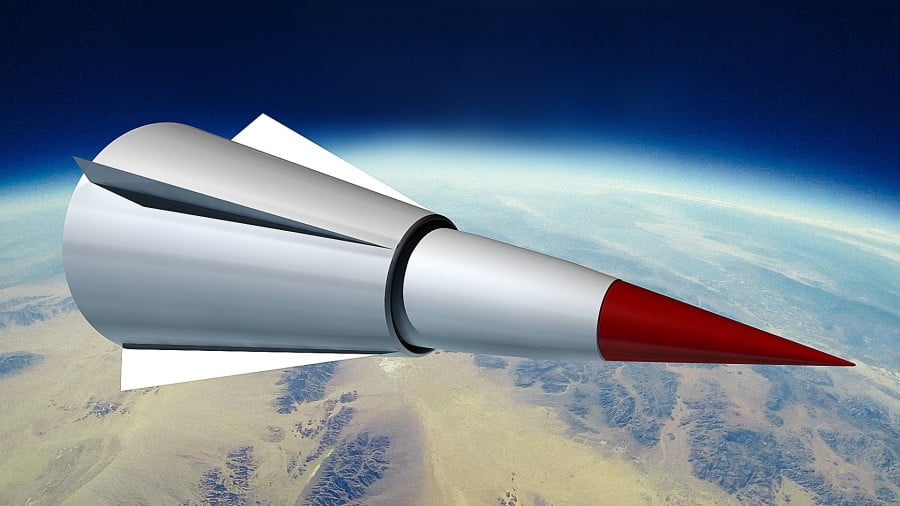 President Trump’s decision to recognize Jerusalem as Israel’s capital is not only a clear violation of international law, but a moral outrage when it comes to its contempt for and violation of the rights of the Palestinian people. Under the stewardship of Benjamin Netanyahu, Israel has embraced with unfailing ardor a rejectionist stance on Palestinian statehood. He knows…