Prime Minister Abiy’s decision to take three main “armed opposition” groups off of his country’s terrorist list and to travel to America to meet with some of their leaders is an unprecedentedly positive outreach that will greatly assist Ethiopia’s peaceful “revolution” by giving these forces a chance to participate in the inclusive political framework that he’s spearheading.

Ethiopia’s been in the news a lot lately and mostly for all the right reasons. Whether its new Prime Minister continuing the previous administration’s policy of releasing “political prisoners”, meeting with regional leaders to mitigate long-standing tensions, or trying to strike a sustainable peace with neighboring rival Eritrea, Abiy Ahmed is doing all the right things in Africa’s second-most populous country and its fastest-growing economy. He’s moving so fast with his far-reaching across-the-board reforms that he was even the target of a failed assassination attempt late last month designed to send him the message that he’d better slow down or else. Undeterred, PM Abiy declared that he will defy all anti-peace forces in the country by continuing with his vision because he knows that the people are behind him, which is visibly true because of the unbridled enthusiasm that’s swept the country since his appointment and imbued it with a fresh optimism for the future.

It wouldn’t be hyperbole to state that what’s happening in Ethiopia right now is revolutionary, and furthermore, that comprehensive systemic change is happening peacefully and from the top-down, unlikely what some observers believed could have turned into an impending violent grassroots insurgency if serious reforms didn’t take place in the coming future.

In order to fully appreciate what PM Abiy is doing, the reader should be informed that the country was at the cusp of civil war before his appointment, with the centrally positioned and largest minority group of the Oromo regularly protesting the de-facto centralized “federalization” of the country and sometimes even irresponsibly resorting to anti-state violence in order to convey their points. Ethiopia was thrown into two almost back-to-back state of emergencies in a desperate bid to quell the unrest, knowing that the failure to do so could have realistically led to a catastrophe much worse than the one that wrecked the Congo two decades ago considering the much larger civilian population at play and their easier access to European smuggling routes for seeking refuge. These Hybrid War and Migrant Crisis 2.0 scenarios were averted at what may have been the last minute after the reformist faction of the ruling Ethiopian People’s Revolutionary Democratic Front (EPRDF) succeeded in getting their preferred candidate to replace former PM Desalegn.

Although not yet openly articulated, it can be assumed by his actions that PM Abiy’s vision is to functionally decentralize Ethiopia into the federation of regions that it’s constitutionally supposed to be by granting each of the country’s constituent parts broader political rights, which therefore makes it integral that he includes a variety of stakeholders into this new political framework.

To that end, he undertook the surprising act of removing the Oromo Liberation Front (OLF), the Ogaden National Liberation Front (ONLF), and the Ginbot 7 organization from Ethiopia’s terrorist list and will travel to the US by the end of this month to meet with members of the diaspora, a visit that strongly implies that he will also see some of the aforementioned groups’ leaders that have been based in America for decades. The purpose of these interactions is to incentivize them into returning to their homeland and participating in his vision to build a “New Ethiopia”, one which finally moves beyond its post-civil war past as a de-facto centralized state under the disproportionate influence of one “deep state” faction (purportedly the Tigrayan People’s Liberation Front, TPLF) and progressively decentralizes into a model where all political forces have an equal opportunity to democratically influence the course of their nation’s development.

Smack dab in the middle of this new model – both physically and in terms of its political importance by dint of its demography – is the Oromia Region and its people from which PM Abiy himself hails, which should be more than satisfactory in calming the separatist tensions there that were exploited by foreign-based forces in destabilizing Ethiopia and pushing it to the brink of an existential crisis.

Being the responsible leader that he is, PM Abiy wouldn’t have taken the potentially dangerous risk of including the OLF and other such groups into the national dialogue had he believed that there was a credibly high likelihood that they’d use their possible return to militancy to blackmail the state into endless concession, which is why it should be assumed that this eventuality had been largely mitigated prior to the announcement that the said organizations would be taken off of the country’s terrorist list. While it can never be known for certain exactly what went on beforehand, it’s very probable that PM Abiy and the reformist “deep state” faction of the EPRDF had been in secret contact with these formerly designated terrorist groups’ Eritrean sponsor in working to pioneer the game-changing rapprochement that he finally made public last month and which consequently neutralized the bulk of these organizations’ foreign support.

Faced with the prospect of being cut off from their patron and forced to continuing fighting against the formidable Ethiopian National Defense Force (ENDF) all on their own or entering into pragmatic negotiations with it for their progressive inclusion into PM Abiy’s revolutionary political framework, the OLF, ONLF, and Ginbot 7 naturally chose the second option.

For his part, PM Abiy is interested in incorporating them into his model for a decentralized “New Ethiopia” in the first place because he understands the importance of delegating regional responsibilities to local leaders that could potentially form the basis of new political elite to replace his “hardline” “deep state” opponents in the EPDRF, as the OLF and ONLF have the chance of doing. As for Ginbot 7, they’re less regionally focused and more nationwide of a political force, albeit more popular among the diaspora and in urban areas than among the majority rural population of the country itself. Taken together, these three groups – each of which has influential representatives in the US – are considered by PM Abiy to be key components in building the “New Ethiopia” that he envisions, which he’s evidently optimistic enough of achieving after “defanging” these organizations following his rapprochement with Eritrea and inviting them to responsibly participate in their homeland’s peaceful revolution. 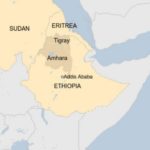 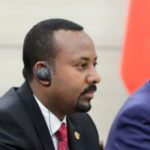