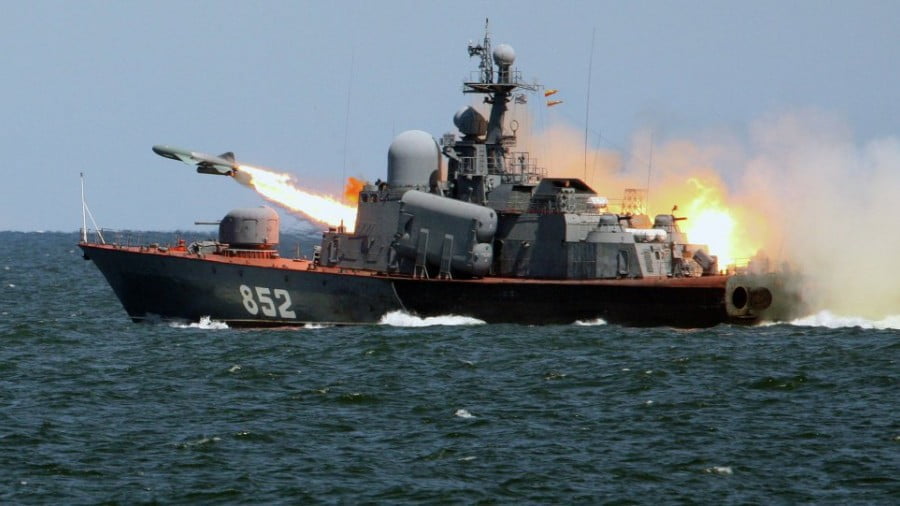 Russia is pursuing a remarkably balanced naval strategy in the Afro-Bengal Ocean (Indian Ocean) that strives to maintain equal relations with its Pakistani and Indian counterparts, being drawn to the region not just because of its desire to maintain strategic stability between these two rivals through “military diplomacy”, but also to protect forthcoming offshore energy investments and participate in the game of prestige that all Great Powers are presently playing in this crucial body of water.

The Russian Navy isn’t usually the first branch of the Armed Forces that comes to mind when thinking about the country’s military, but it nevertheless has taken on a heightened strategic importance over the past few years following its participation in the anti-terrorist campaign in Syria, most notably through the launching of its Kalibr cruise missiles from positions in the Caspian and Eastern Mediterranean Seas. President Putin also announced over the weekend during the Navy Day celebrations in Saint Petersburg that his country’s flotilla will receive 26 new ships by the end of the year, further emphasizing the significance of naval assets for Russia’s grand strategy.

There are plenty of uses that Russia’s five existing fleets (Baltic, Black, Caspian, Northern, and Pacific) can have in advancing Moscow’s defensive designs across the 21st century, but this piece proposes that the country’s navy might begin expanding its scope of operations to the Afro-Bengal Ocean (still popularly known by its colonial-era name as the “Indian Ocean”). There was already a very minor presence here during the last decade in the Gulf of Aden in order to support the international mission against piracy in the region, but two recent developments point to a more pronounced shift towards this highly strategic southern body of water.

The first is that Pakistan’s Vice Chief of Naval Staff visited Saint Petersburg last weekend and signed a Memorandum of Understand (MoU) with the Russian Navy, which coincided not just with Russia’s Navy Day celebrations, but also the first-ever visit of the Pakistani Navy to the Baltic Sea. Shortly afterwards, news reports circulated that Russia had earlier proposed a LEMOA-like logistics agreement with India, though one that supposedly has to do more with servicing equipment than using the host country’s facilities for de-facto forward-operating purposes like the Americans have in mind. Taken together, it’s clear that Russia is trying to “balance” Pakistan and India in the Afro-Bengal Ocean.

At this point, it’s important to comment on Russia’s strategy of “military diplomacy”, which seeks to maintain the balance of power between multiple pairs of rival states through arms shipments and other forms of military cooperation with both. In the relevant context, this explains why Russia continues to export billions of dollars of weaponry to India while expanding its anti-terrorist military cooperation with Pakistan to the naval realm. Keeping this nuanced policy in mind, it wouldn’t be surprising if Russia’s offer to sell its Kalibr-armed Karakurt corvettes to India, Vietnam, and China was broadened to also include Pakistan one day in order to maintain the greatest degree of “balance” in the Afro-Pacific.

After all, the India-China and Vietnam-China pairs of rivaling states form the basis of Russia’s “balancing act” in Asia, especially its military component, but relentless American and “Israeli” inroads into India’s military-industrial complex in recent years have chipped away at Moscow’s former dominance of this sphere and compelled it to diversify its Asian arms portfolio. This is one of the many reasons why Russia is engaging in unprecedented levels of military cooperation with Turkey, Saudi Arabia, Azerbaijan, and Pakistan as part of its “Ummah Pivot”, so it would follow that naval sales to Pakistan might eventually become a part of this larger strategy, especially if India rebuffs Russia’s LEMOA-like proposal because of American pressure.

Looking beyond the indirect regional presence established through “military diplomacy”, Russia will soon have other reasons to directly involve itself in the Afro-Bengal Ocean if its prospective offshore Iran-Pakistan-India (IPI) pipeline is ever built. All Great Powers have an interest in defending such multibillion-dollar investments, and Russia is no different. It could also be drawn closer to this body of water through any forthcoming energy cooperation with India and Myanmar, and especially if it acquires a foothold in the LNG-rich countries of Tanzania and Mozambique as part of its plan to become one of Africa’s main energy partners. Through these means, Russia’s “energy diplomacy” could actually drive its “military diplomacy”.

Fielding a flotilla in the Afro-Bengal Ocean isn’t just about simple pragmatism and the tangible defense of one’s national interests, but is also increasingly taking on a very influential prestige component whereby all emerging and established powers are feeling compelled to have a presence in this region simply by inertia of everyone else seemingly doing so too. This dynamic was first put on full display during the pre-“Scramble for Africa” of the 21st century that saw many countries dispatching naval forces to the Gulf of Aden to combat piracy, where most of them continued to remain in one capacity or another following the climax of that crisis.

From Sudan To Pakistan

Great Powers such as Italy and Japan, who aren’t normally associated with the Afro-Bengal Ocean, actually have bases in Djibouti that allow them to maintain a position in this strategic region, and even landlocked Ethiopia has plans to build a navy, proving just how far the prestige game is going in this part of the world. To that end, Russia might seriously consider taking Sudan up on its offer to build a naval facility in the Red Sea city of Port Sudan, from where it could simultaneously exert influence along the Sahelian-Saharan Silk Road inside the African hinterland through its terminal port and also into the Afro-Bengal Ocean beyond the Red Sea and Gulf of Aden.

Bearing in mind that Pakistan also has a developing interest in expanding its all-around connectivity with Africa in order to benefit from China’s increasing trade with the continent through CPEC, it would make sense for its navy to conceptualize a strategy for the Arabian Sea-Gulf of Aden (ASGA) region as a first step to advancing this vision. The overlap of naval interests between Russia and Pakistan could possibly even see the pairing of their proposed naval facilities in Port Sudan with Gwadar through a LEMOA-like logistics agreement between these two Great Powers, thereby facilitating the Russian Navy’s defensive patrols of the IPI pipeline and the Pakistani ones of CPEC’s Sea Lines Of Communication (SLOC).

It shouldn’t be forgotten that none of these possible long-term plans are aimed against any country, especially India and the US vis-à-vis Russia and Pakistan’s motivations respectively, but that the abovementioned ideas are intended to epitomize win-win cooperation in the emerging Multipolar World Order. Russia’s recently reported efforts to clinch a LEMOA-like deal with India are proof of its desire to preemptively quash any externally manipulated “security dilemma” between these two historic partners and signal that its fast-moving “military diplomacy” with Pakistan isn’t meant to disrupt the regional balance like the US’ moves with India are.

Given the enormity of energy investments that Russia is making in the Mideast, South Asia, and Southeast Asia (with reference off the Myanmar coast), and the plans that it has to expand its extraction operations into Africa (with a particular focus on Mozambique), it only makes sense that Moscow would begin preparing well in advance to field its navy in the Afro-Bengal Ocean just like it did during the Soviet period, albeit for entirely different reasons during the present era. The game of Great Power prestige also has something to do with it as well, so be that as it may, Russia has plenty of reasons to resume its naval activity in this strategic space.