On a Collision Course: Is the US at War with Turkey? US Installs Air Defense System in Northern Syria? Preparations for No Fly Zone?

According to Ugur Ergan, Hurriyet Daily News, (yet to be confirmed) the US is installing an Air Defense system and electronic radar systems in Northern Syria, in Kobani, close to the border with Turkey. The Western media has not covered these developments.

The Kobani region is controlled by US supported YPG Kurdish rebels, together with a contingent of 2000 US forces. Turkey is fighting the YPG rebels, which Ankara considers “as the illegal PKK’s Syrian offshoot and, thus, designated as terrorist organizations”. In fact this last statement constitutes the justification for the illegal deployment of Turkish troops in Northern Syria.

In other words, the Turkish Armed forces are fighting Kurdish rebels who are supported and generously financed by the United States.

The Hurriyet report intimates that the US air defense system is to be used against Turkish air strikes with a view to protecting the Kurdish YPG rebels within an area now controlled by the U.S. Does this mean that Turkey and the US are at war with one another?

The Ankara government is closely monitoring the news regarding the installation of airdefense and radar systems reported by some foreign media outlets. A video circulating on social media purportedly shows U.S. soldiers installing the systems shipped to Kobani with military transport aircraft.

… Radar systems are being installed [by the US] in the rural areas of Kobani just across the Turkish border town of Suruç in the southeastern province of Şanlıurfa, foreign media outlets reported citing local sources. (see map below)

Press TV also confirmed that the US had installed advanced radar systems at the Ayn al-Arab (Kobane) military airport and the town of Rmelan in Hasakah Province.

The Pentagon has already established a military base in Manbij, which was initially described as a safe zone (see map)

On August 25, a senior official of the US State Department William Roebuck traveled to Manbij:

Roebuck was referring to more than 2,000 US and allied troops deployed in territories in Northeast Syria under Kurdish YPG control. (Press Tv, 25 August 2018). 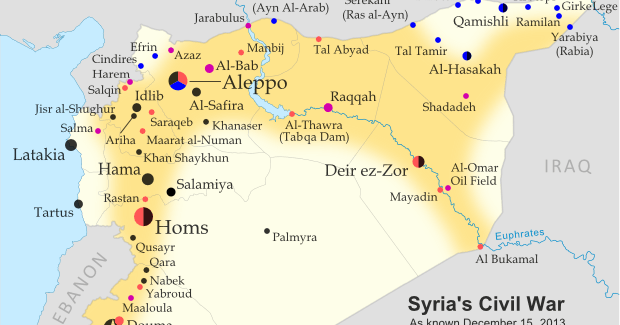 In an earlier article (August 26) I raised the issue of a US sponsored “No Fly Zone” in Northern Syria:

“The no fly zone” appears to be modelled on that imposed on Iraq in the wake of the 1991 Gulf War, allegedly to protect Kurds in Northern Iraq.

But in this case the US zone of influence is on Turkey’s door step, the No Fly Zone extends to Turkey’s border.

According to Sputnik News (August 28): “The US military is laying the groundwork to close the airspace over northern Syria”.

While Turkey has established an alliance of convenience with Russia and Iran (both of which are involved militarily in Syria), the US and Turkey are potentially on a “Collision Course” which could lead the Middle East into a broader war.

Direct military confrontation between two member states of the Atlantic Alliance would inevitably lead to a deep seated crisis within NATO. (This crisis is already ongoing).

Featured image is from Hurriyet

Turkey Begins its “Hunt” in Iraq

NATO: From Covert Sponsor to Artillery for Terrorists in Syria

Ankara has Shot Itself in the Foot in Syria

The Road to Damascus: How the Syria War was Won

Turkey Will Get a Chunk of Syria: An Advantage of Being in NATO
Opinion
NATOSyriaTurkeyUS