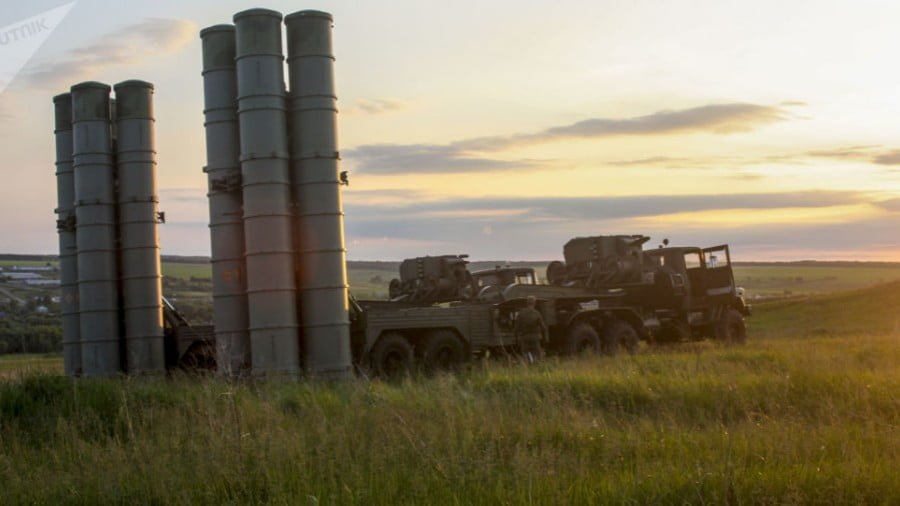 In light of the downing of the Russian Il-20 plane in Syria last week, the Russian Defense Ministry stated Monday that Moscow would deliver advanced S-300 air defense missile systems to the Syrian army within two weeks in order to increase the security of Russian servicemen stationed in the country.

A number of Israeli media outlets have expressed concerns over Moscow’s decision to supply Syria with S-300 air defense systems and admitted that such steps may have grave repercussions for the Israeli Air Force.

Reacting to Russian Defense Minister Sergei Shoigu’s announcement, Channel 9 wondered if Israel was “in for a nightmare” once the S-300 missile systems were delivered, while The Jerusalem Post emphasized that the advanced systems would become a major boost to the Syrian air defenses and would pose a threat to Israeli aircraft as the long-range anti-missile system has the capability of tracking jets and ballistic missiles over a range of 300 kilometers.

Addressing Shoigu’s statement, Haaretz published an analysis, headlined “With Russia’s S-300 in Syria, Israel Will Have to Think Twice About the Next Strike,” in which the author hypothesized that the new missile system would not constitute a “total barrier to airstrikes,” but would definitely curb Israeli jets’ freedom.

“…Jerusalem is bound to face a dilemma: Should it attack once again near the Russians and risk further exacerbating the crisis and even the downing of an Israeli plane?” the author wrote. 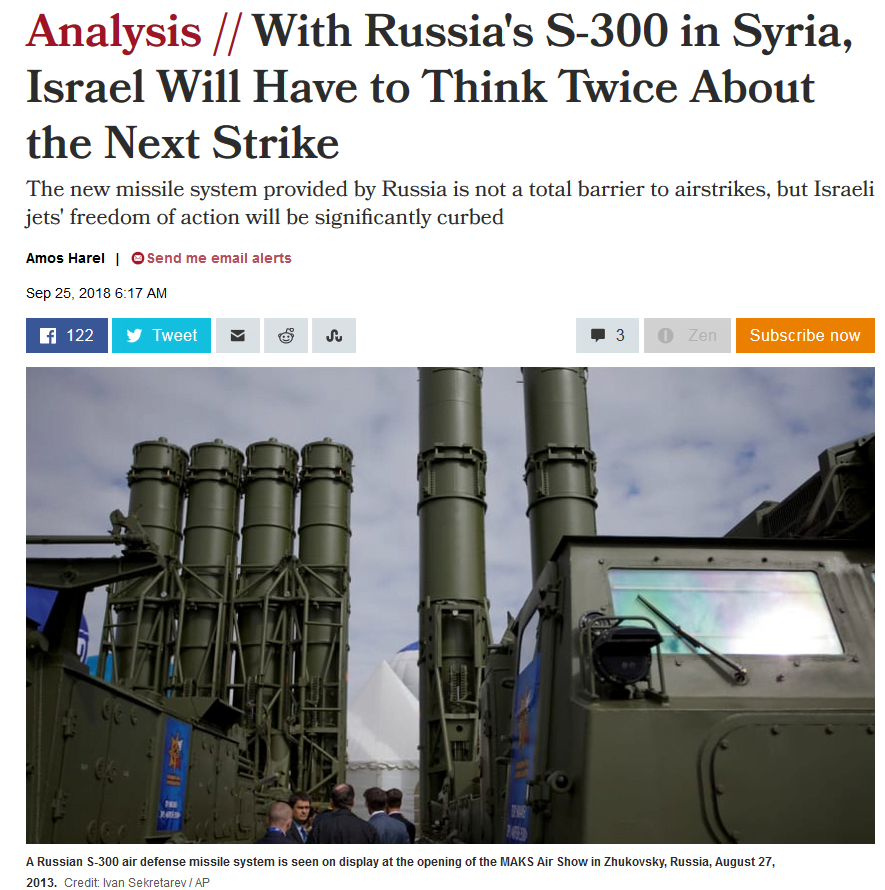 The daily newspaper Ynetnews appeared to share Haaretz’s stance, having stressed that the delivery of the S-300s was “bad news for Israel” as it would limit the Israeli Air Force’s freedom of action throughout Syria and “apparently in Lebanon.”

The publication came to the conclusion that the deployment of the system would require “more effort, more planning and more caution in the use of force in the skies of Syria and Lebanon” on the part of the IAF, as the upgrade of the Syrian air defenses, including an automatic control system that would ensure the identification of Russian aircraft, would improve the speed of Syrian missile batteries.

In a televised speech on September 24, Russian Defense Minister Sergei Shoigu announced measures to beef up the security of Russian servicemen in Syria after the IAF used the Russian Il-20 plane as a shield while attacking targets in the Syrian Arab Republic, which ultimately led to the downing of the Russian aircraft by Syrian air defenses last week.

Shoigu announced that Moscow would provide Damascus with the S-300 air defense systems within two weeks as an “adequate” response to Tel Aviv’s role in the Il-20 crash and the death of 15 servicemen on board.

“Russia will jam the satellite navigation, on-board radars and communication systems of combat aircraft which attack targets inside Syrian territory, as well as in the regions over the waters of the Mediterranean Sea bordering Syria. […] We are convinced that the implementation of these measures will cool hotheads and prevent ill-considered actions from threatening our servicemen. Otherwise we will have to respond in line with the current situation,” Shoigu stated.

The minister further emphasized that back in 2013 Russia had suspended the delivery of the S-300s to Syria at Israel’s request, but the situation surrounding the provision of the system has changed “through no fault of Russia.” 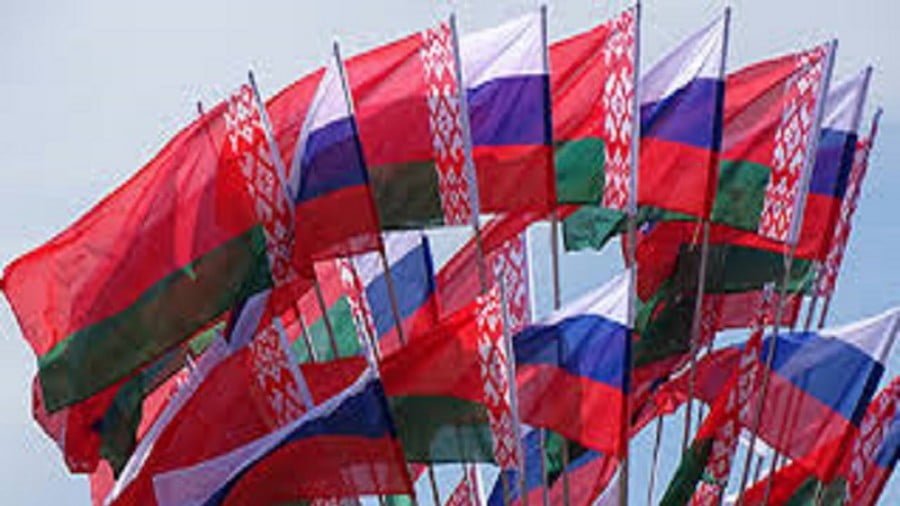 Ukrainian President Petro Poroshenko has instructed all military units near Crimea and the eastern Ukrainian Donbass region to be at the highest level of combat readiness. Poroshenko announced the order after a military meeting on Thursday. The Ukrainian security forces at the border with Crimea are ready “for any turn of events,” the aide to… 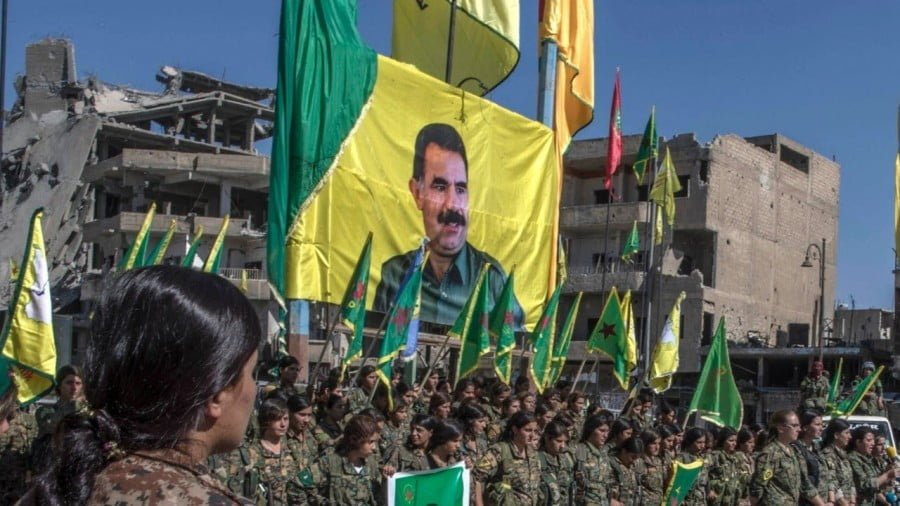 From “De-Ba’athification” in Iraq to “De-Shi’afication” in Syria Of the dozens if not scores of tactical, strategic and fundamental mistakes the US made in Iraq after illegally invading and occupying the country in 2003, was a strategy which sought to inflict a punitive socio-political and economic disenfranchisement of the Sunni Arab population of the Arab…

At least two sailors have been killed after a Saudi warship came under attack off Yemen’s coast. The Saudi military claimed it was a “suicide boat” attack, but an unnamed Houthi rebel source said the vessel was “destroyed” by an anti-ship missile. A video allegedly showing the moment of the attack on the Saudi warship…