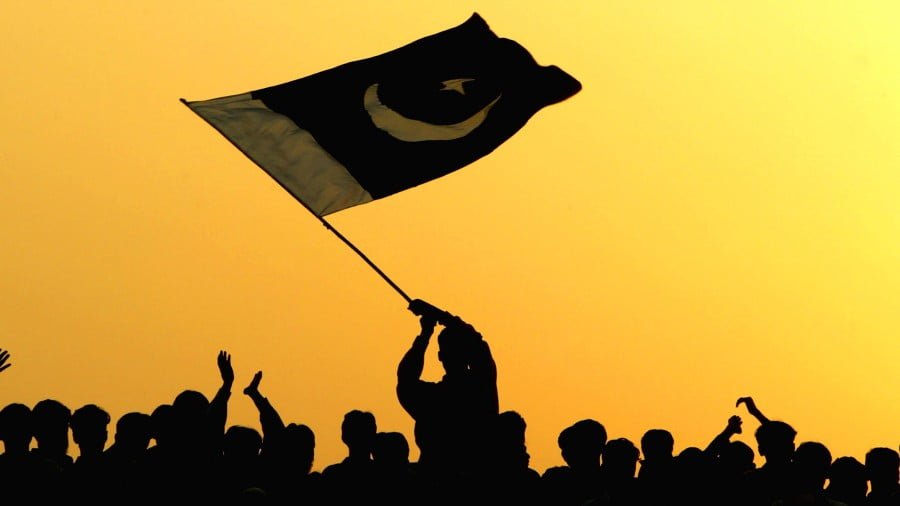 Dr. Jumma Khan Marri’s trip to the EU is a powerful example of a Pakistani patriot doing everything that he can to reintegrate his fellow overseas Baloch into their cosmopolitan homeland’s society after previously supporting their militant secession from it for decades.

One of the long-running structural threats to Pakistan’s stability has always been the specter of Baloch separatism, which was supported by the USSR during the Old Cold War and is now being wielded by India as a Hybrid War weapon in the New Cold War. Dr. Jumma Khan Marri is a Moscow-based member of the overseas Baloch community that left their homeland for various, but mostly politically related, reasons, and who recently had a life-changing political awakening after realizing the error of his former ways.

As expressed in an exclusive interview that he gave to the author back in February right after his high-profile defection in Moscow from the separatist Baloch camp to the unitary Pakistani one, Dr. Jumma drew attention to how India hijacked his people’s struggle for its own geostrategic reasons, thereby rendering it utterly illegitimate in the eyes of any true Baloch. He decided instead to dedicate the rest of his life to exposing India’s Hybrid War scheme and reintegrating his overseas compatriots into Pakistani society.

To that end, Dr. Jumma founded the Overseas Pakistani Baloch Unity (OPBU) organization in order to serve as a platform for advancing these goals. This was an extraordinary move by a man who was at one time such a prominent separatist that he even designed the flag that the anti-Pakistani Baloch still use to this day, but he realized that modern-day Pakistan is fully supportive of the Baloch and he’s repeatedly pointed to CPEC as proof of that over the seven months since his defection.

This megaproject is the flagship of China’s One Belt One Road (OBOR) global vision of New Silk Road connectivity and is envisioned to serve as the Zipper of Eurasia and the Convergence of Civilizations by linking together the three continents of the Eastern Hemisphere. This world-changing initiative naturally makes Balochistan, the terminal location of CPEC’s Gwadar port, one of the most important places on this planet and incentivized the Pakistani authorities to place a strong developmental emphasis on helping its native people.

It might seem obvious to the outside world that there’s no longer even any remote reason for the Baloch to agitate for independence given the immense benefits that they’re poised to eventually receive from CPEC, but part of the US-Indian Hybrid War on CPEC is to keep this movement alive in order to exploit it as one of the world’s most geostrategically significant proxy forces, hence why taxpayers in both of those countries are subsidizing the lavish lifestyles that certain separatist leaders are allowed to enjoy in Europe.

These figures function as influential foreign agents whose very existence is used by the US and India as supposed “evidence” of the “legitimacy” of Baloch separatism, which provides an excuse for the Afghan-originating terrorist attacks that are occasionally carried out in their sub-national homeland in Pakistan at the direction of the CIA and RAW. Being intimately aware of how much damage these traitors are doing to their people, Dr. Jumma sought to travel to Europe and expose each and every one of them.

His current trip will take him to Brussels, Paris, Stockholm, and Frankfurt, and has already seen him hold several meetings with members of the Belgian Parliament, including Dr. Manzoor Zahoor, the country’s first-ever Pakistani-originating Member of Parliament and Chairman of the Friends of Pakistan group. Dr. Jumma used the opportunity to talk about Pakistan’s enormous sacrifices in the War on Terror and the ways that CPEC will transform the living standards of every Baloch.

Needless to say, he also didn’t miss the chance to inform Dr. Zahoor about the treachery of the overseas Baloch separatist leaders who sold out their homeland to foreign countries just so that they could live a life of luxury abroad. Dr. Jumma’s trip is therefore very important because it’s succeeding in raising more international awareness about the reality of the Baloch people, both in terms of their actual opportunities at home because of CPEC and the ways in which some of them have been used as Hybrid War proxies.

It’s important to note that Dr. Jumma, being a former high-profile separatist himself, knows very well how people are taken advantage of in this so-called “struggle”, and that’s why he’s more sympathetic than scornful when it comes to the rank-and-file separatist supporters abroad. After all, informing them of the truth of how they’re being used and the new future that they’re missing out on because of CPEC is what drives his efforts, and that’s why he wants to encourage them to return to Pakistan and reintegrate into society.

Many of these people might be physically disarmed, but they’re not exactly demobilized from the “cause”, nor have they reintegrated into Baloch society, which is why Dr. Jumma’s OPBU is so important because it provides a platform for accomplishing those latter two goals that are necessary in order to get rid of the excuse that the US and India tacitly rely upon to continue the destabilization of Balochistan. He can’t stop terrorism per se, but what he can do is expose it by removing its “romantic” disguise.

This in and of itself is a major accomplishment because it undermines the very basis on which international hearts and minds, and especially those of the overseas Pakistani Baloch community, are being misled into supporting the separatist cause, which has in reality disappeared for all intents and purposes as it relates to the actual Baloch still living in Balochistan and morphed into a terrorist-supporting simulacrum of its former self instead. Dr. Jumma’s European trip therefore puts the US and India on the strategic defensive and greatly contributes to Pakistan’s anti-terrorist efforts. 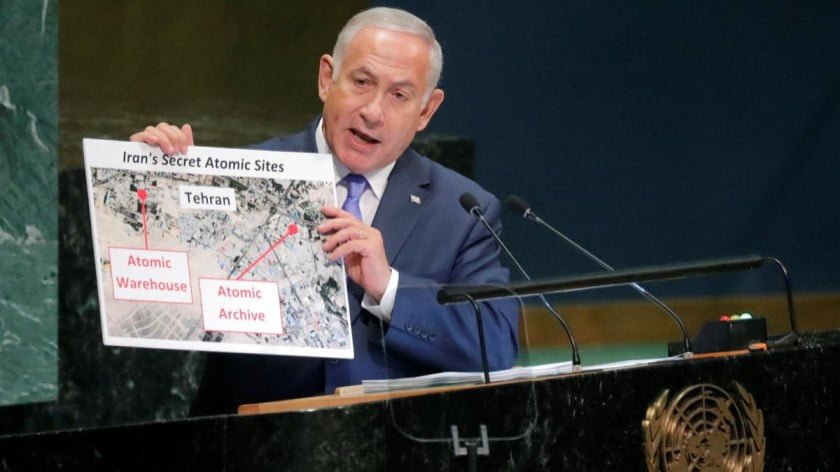 In the same week that the United States sent thousands of additional troops to Kuwait for deployment in Iraq and Syria, Russia was busy pursuing a heavy-duty diplomatic deployment. The contrast speaks of a paradigm-shift in geopolitics. Russia has become the main player in the future of the vital Middle East region, where the US… 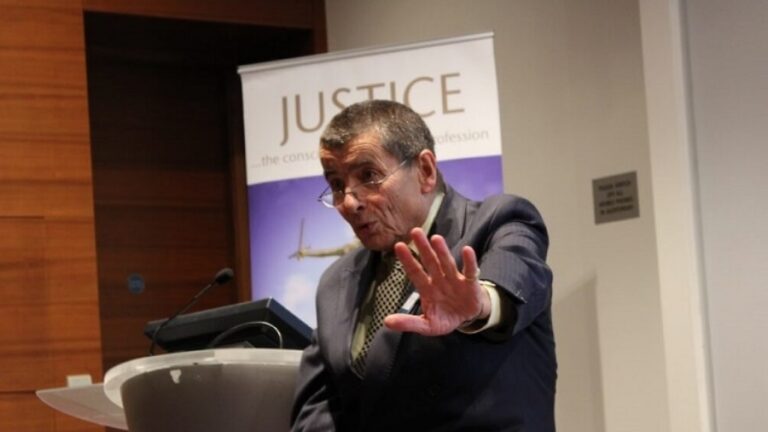 The fascists are very active these days and one of the proofs of this dark shadow looming over the world is the recent so-called “peoples’ tribunal” put on in London over three days in early June. Otherwise called the “Uyghur Tribunal,” it is headed by Sir Geoffrey Nice, Q.C, the Machiavellian British barrister, knighted by…

Mayhem stalks South Asia as a series of terrorist bombings ripped through Pakistan in February. The most horrific targeted worshipers at one of Pakistan’s most famous and magnificent Sufi shrines at Sehwan. At least 88 people died and hundreds were injured as a suicide bomber detonated his vest filled with ball bearings and bolts inside… 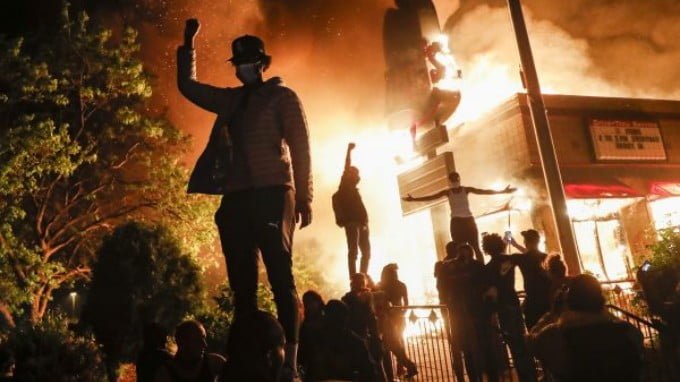 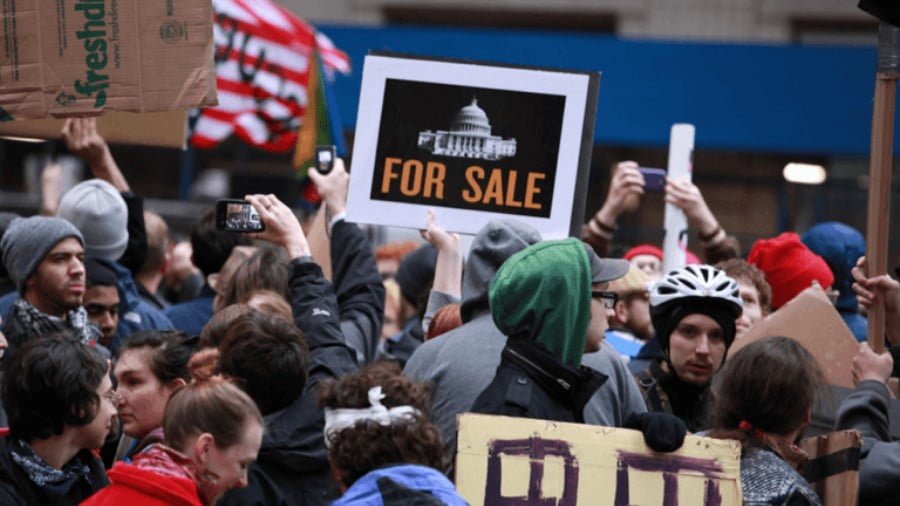 The Cold War displaced the legacies of the New Deal. Time and Trump are now displacing Cold War legacies. Where capitalism was questioned and challenged in the 1930s and into the 1940s, doing that became taboo after 1948. Yet in the wake of the 2008 crash, critical thought about capitalism resumed. In particular one argument…