To date, there are at least 53 known international scientific studies concluding that fluoride consumption is harmful to the development of intelligence in children, it impairs their learning and memory capacity. Children are commonly exposed to fluoride from municipal water supplies, dental treatments, environmental pollution, and in-utero.

Municipal water fluoridation is a state-mandated pharmacological intervention that ostensibly aims to fight dental fluorosis, but this claim is highly contested, and a growing body of research indicates that water fluoridation is linked to lower IQ in children. Medication without consent is a human rights violation.

Here is a sampling of some of the shocking conclusions from these studies, as documented by The Fluoride Action Network, where a full breakdown on these studies, as well as comments about study methodologies and locations, may be found.

“Chronic exposure to high levels of fluoride in water was observed to be associated with lower intelligence quotient.” ~IQ Study #41: Nagarajappa (2013)

“[C]hildren residing in areas with higher than normal water fluoride level demonstrated more impaired development of intelligence and moderate [dental fluorosis]. Millions of children including adults around the world are affected by higher level of fluoride concentration through their drinking water and are therefore potentially at risk. It is concluded that for the benefit of the future generation, urgent attention should be paid on this substantial public health problem.” ~IQ Study #50: (Das 2016)

“[S]tudents of the study area have less IQ than students of non-contaminated area, demonstrating that consumption of F also has a major role with the intellectual development of
children.” ~IQ Study #49: Mondal (2016)

“The data from this research may support the hypothesis that excess fluoride in drinking water has toxic effects on the nervous system.” ~IQ Study #48: Khan (2015)

“Results of our field study raise a concern about the safety of elevated systemic exposure to fluoride from high concentrations in the drinking water.While topical fluoride treatment confers benefits of reducing caries incidence, the systemic exposure should not be so high as to impair children’s neurodevelopment especially during the highly vulnerable windows of brain development in utero and during infancy and childhood and may result in permanent brain injury.” ~IQ Study #45: Choi (2015)

“We observed reduced AChE activity in [the high fluoride area] which may be directly correlate[d] with the reduced intelligence score of the subjects.” ~IQ Study #40: Singh (2013)

“The study found that children residing in a region with a high drinking water F level had lower IQs compared to children living in a low drinking water F region (p<0.001). The differences could not be attributed to confounding educational, economic, social, cultural, and general demographic factors.” ~Karimzade (2014)

“This study indicates that exposure to fluoride is associated with reduced intelligence in children.” ~IQ Study #36: Saxena (2012)

“In conclusion, our study suggested that low levels of fluoride exposure in drinking water had negative effects on children’s intelligence and dental health and confirmed the dose-response relationships between urine fluoride and IQ scores as well as dental fluorosis.” ~IQ Study #35: Ding (2011)

“Based on the findings, chronic exposure to high levels of fluoride can be one of the factors that influence intellectual development.” ~IQ Study #34: Poureslami (2011)

“Previous studies had indicated toward decreased Intelligence in children exposed to high levels of fluoride and our study also confirmed such an effect.” ~IQ Study #32: Shivaprakash (2011)

“High exposure to fluoride most definitely has an adverse effect on the development of intelligence in children, in particular on the capability of abstract inference.” ~IQ Study #30: Li (2009)

“This study indicates that exposure to fluoride in drinking water is associated with neurotoxic effects in children.” ~IQ Study #28: Wang (2007)

“In agreement with other studies elsewhere, these findings indicate that children drinking high F water are at risk for impaired development of intelligence.” ~IQ Study #27: Trivedi (2007)

“Exposure to high levels of fluoride is likely to cause a certain level of harm to a child’s level of intelligence.” ~IQ Study #26: Fan (2007)

“Based on the findings of this study, exposure of children to high levels of fluoride may carry the risk of impaired development of intelligence.” ~IQ Study #25: Seraj (2006)

“High fluoride burden has a definite effect on the intellectual and physical development of children.” ~IQ Study #24: Wang (2005)

“The findings of this study thus replicate those of earlier studies and suggest that a real relationship exists between fluoride exposure and intelligence.” ~IQ Study #18: Lu (2000)

“These results show that water improvement and defluoridation can improve the mental and physical development of children in a fluorosis area.“ ~IQ Study #16: Yao (1997)

“The results of the intelligence tests show that a high level of fluoride influences children’s IQ, which is consistent with some previous data. It is worth mentioning that the higher the degree of dental fluorosis, the more negative the impact on the children’s intelligence level. This is an issue which merits utmost attention.” ~IQ Study #15: Yao (1996)

“The results show that a high fluoride intake has a clear influence on the IQ of preschool children, manifesting itself primarily as damage to performance intelligence.” ~IQ Study #13: Wang (1996)

“The results of this study indicate that there is significant difference between the intellectual ability of the 7–14 year old children from the [fluorosis] endemic area and those of the control, and moreover that the average IQ of the children from the endemic area is clearly lower.” ~IQ Study #4: Chen (1991)

The Spice that Prevents Fluoride from Destroying Your Brain

Fluoride: Calcifier of the Soul 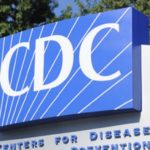 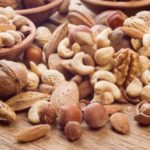 All About Nuts: Eight Healthiest Varieties 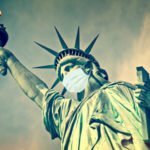 In the U.S., the Second Wave Is Already Here