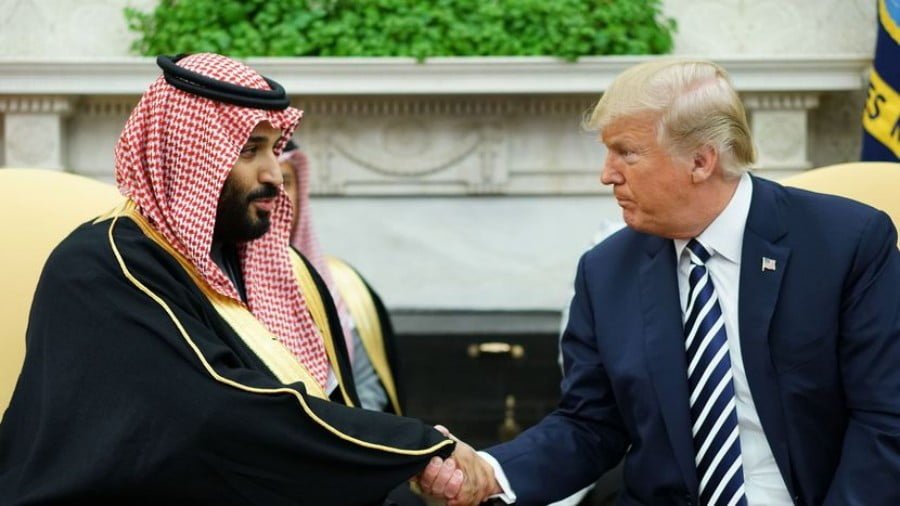 The coverup of the murder of Jamal Khashoggi, killed on behalf of the Saudi clown prince Mohammad bin Salman, proceeds apace. It is part of a deal between Turkey and Saudi Arabia under the aegis of the United States. The haggling over the details will take a while.

Severalmediareport of a test ballon, floated to find out if an ‘alternative’ story will fly:

Saudi Arabia was preparing an alternative explanation of the fate of a dissident journalist on Monday, saying he died at the Saudi Consulate in Istanbul two weeks ago in an interrogation gone wrong, according to a person familiar with the kingdom’s plans. In Washington, President Trump echoed the possibility that Jamal Khashoggi was the victim of “rogue killers.”
…
[O]n Monday, a person familiar with the Saudi government’s plans said that Mr. Khashoggi was mistakenly killed during an interrogation ordered by a Saudi intelligence official who was a friend of the crown prince. The person, who spoke on condition of anonymity, said Prince Mohammed had approved interrogating or even forcing Mr. Khashoggi to return to Saudi Arabia under duress.

But, the person said, the Saudi intelligence official went too far in eagerly seeking to prove himself in secretive operations, then sought to cover up the botched job.

One might expand on that fairytale: “The Saudi general who allegedly botched the interrogation of Jamal Khashoggi mysteriously died in a Saudi air force plane crash on the same day the coverup story was floated.” But that would probably take it too far.

The floated story will of course not be believed. A deadly interrogation – extreme torture – in the Saudi consulate is not plausible. One does not need to fly in 15 operators, including a specialist for autopsies, to twist someone’s arms and ask a few questions. The intent was either to kidnap the guy or to outright kill him.

The trial ballon seems to come from U.S. sources, not from the Saudis. Trump yesterday spoke of “rogue killers” who may have caused the incident. No one near Mohammad bin Salman dares to go rogue. It’s a deadly sin. U.S. intelligence services seem to believe that Khashoggi was indeed killed. The Wall Street Journalreports that Turkey provided its evidence:

The Turkish government has shared with U.S. officials what it describes as audio and video recordings purporting to show that Mr. Khashoggi was killed in the building, people familiar with the matter said.

The Trump administration will have to sell the story not only to the public, but also to the Turkish President Erdogan and to the Saudi King.

Both seem to prepare for a deal. After two weeks of denial that anything happened to Khashoggi the Saudis finally reacted:

King Salman ordered the Saudi public prosecutor to head a probe to determine responsibility for who was responsible for Mr. Khashoggi’s disappearance, people familiar with the matter said Monday. Probe results could be announced within days, and lead to some Saudi individuals being held accountable for Mr. Khashoggi’s death, one of the people said.

The Turkish side is also preparing to accept the coverup:

On Monday Turkish investigators – who had been willing to talk for much of the past nine days – were now more cautious. So too were Turkish journalists, one of whom said that his outlet had been instructed to focus less on the apparent crime and more on the political settlement.

The Turkish President Erdogan may agree to a ‘political settlement’ but the price the Saudis will have to pay for that will be very high. Erdogan again made clear that he aims at nothing less than neo-ottoman leadership in the Arab world:

Turkish President Recep Tayyip Erdoğan on Monday said that Turkey was the only country that could lead the Muslim world.

“Turkey, with its cultural wealth, accretion of history and geographical location, has hosted diverse faiths in peace for centuries, and is the only country that can lead the Muslim world,” he said in a meeting with religious officials.

The “Custodian of the two Holy Mosques” (in Mecca and Medina) is the official title of the Saudi king. It implies leadership within the Muslim word. Since Saladin the title was used by many Islamic rulers, including the Ottoman Sultans. Erdogan wants it back. His aspirations pose an open challenge to the Saudi rulers.

But when a deal has to be made, a deal will happen. Even it it takes some time.

Whatever the deal might be Jamal Khashoggi’s children will protest against it. They demand “an independent and impartial international commission to inquire into the circumstances of his death”. The Washington Post, where Khashoggi worked, and some Congress members will likely support them. But there is little chance that Trump or the Saudis will agree to any independent inquiry.

An open question is the future of clown prince Mohammad bin Salman. The ‘deep state’ wants him to leave. The uncontrollable guy – only a heartbeat away from becoming king – proved to be too dangerous to be allowed in such a position.

This detail is therefore intriguing:

The Saudi ambassador to the United States, Prince Khalid bin Salman, left Washington last week, returned to Riyadh and will not be returning, a current and a former American official said on Monday. It was not clear when he might be replaced, or by whom. Prince Khalid is the crown prince’s younger brother.

Did clown prince Mohammad bin Salman recall his brother because he feared that he plotted against him? Or did King Salman order him back to replace MbS as crown prince?

Mohammad bin Salman is already damaged goods. I find it unlikely that he will be allowed to stay in his position. Several high level U.S. congress people, including top Republicans, want him to go. The CIA’s darling, Prince Muhammad bin Nayef, will likely regain the crown prince position.

On Monday, while the cover up story was thought out, Turkish investigators were finally allowed to enter the Saudi consulate. Before they arrived a cleaning crew entered the building (vid) to prepare the presumed crime scene.

Trump sent Secretary of State Pompeo to facilitate negotiations between the Saudis and Turks. Ambassador James Jeffrey, the special representative for Syria engagement, is joining him in the endeavor. The Saudis finance the Kurdish proxy force the U.S. uses for its occupation of northeast Syria. One of Erdogan ‘s demands will be that any such support ends.

Trump is a businessman. The U.S. help for cleaning up the mess MbS caused will not come cheap. He will press the Saudis to sign more weapon deals. He will urge them to stick to random killing of Yemeni civilians.

In the view of the Washington establishment causing the famine of millions of dark skinned people is a lesser sin than touching a journalist and operative they perceive as one of their own. 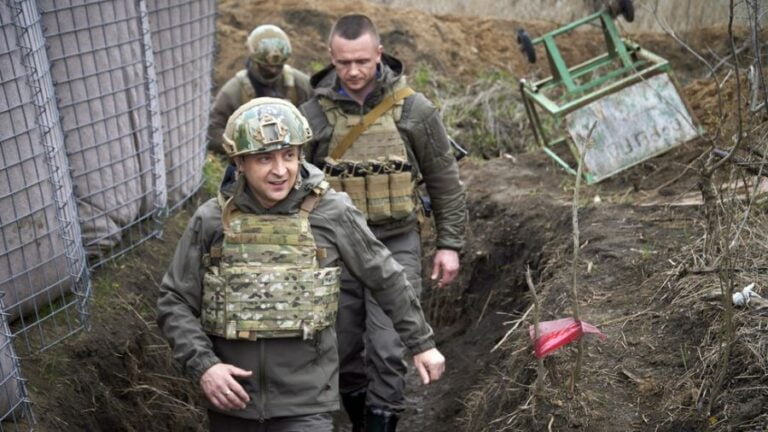 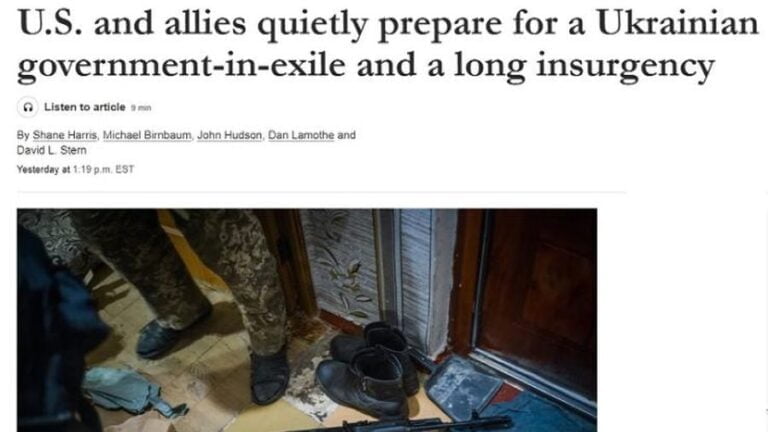 The very fact that something of such strategic sensitivity was ‘leaked’ to the press suggests that the Mainstream Media is now in the process of radically reversing their narrative from one of ‘imminent victory’ to ‘imminent defeat’, thus further manipulating their naïve audience’s emotions for the purpose of maximally controlling their minds. There was never…

“Some people thought he was a wonderful doctor; some people he was the son of the Devil” … “Today, nobody knows who is William Sargant.” Dr. William Sargant was perhaps the foremost face of British mind control experimentation. A gangly fellow, he could have easily passed for Nosferatu on looks alone, but it is his… 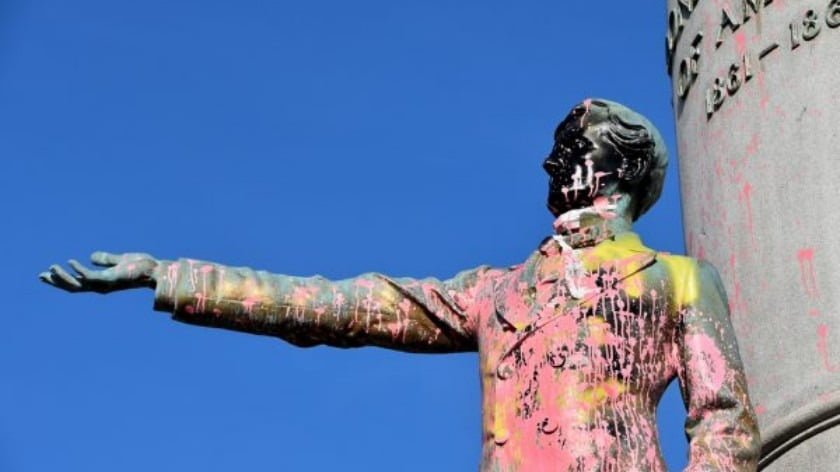