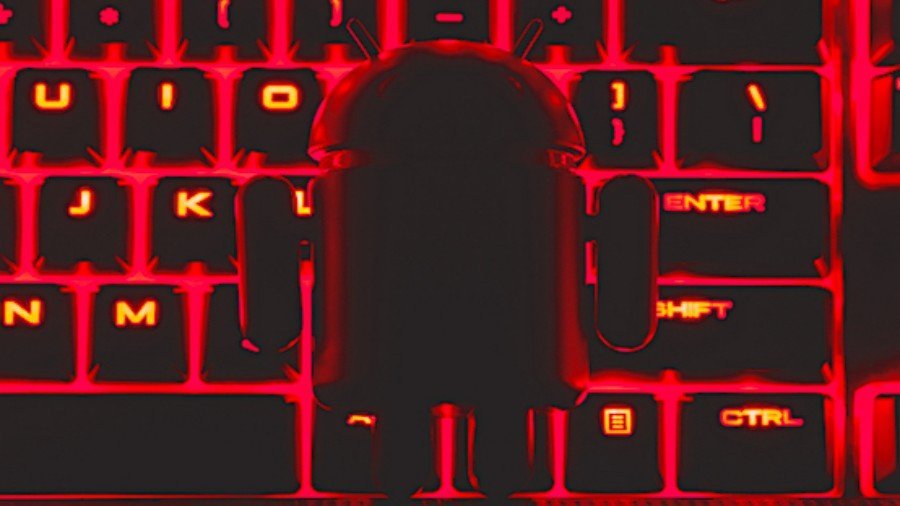 Google might soon add its terms of service to the First Amendment. A leaked document from the tech giant argues that because of a variety of factors, including the election of Donald Trump, what we call the “American tradition” of free speech may no longer be viable. The report lays out how Google can serve as the world’s “Good Censor,” a stern mommy figure protecting us from harmful content and, by extension, dangerous behavior, like electing the wrong president again.

The document, which Google has officially characterized as research, is infuriatingly vague about whether any decisions have been made or action has been taken. So think of all this as a guidepost, like the Ghost of Christmas Future showing us potential doom ahead.

Google maintains 90 percent market dominance in the internet browsing space and processes some 3.5 billion searches a day. It’s now talking about changing the rules so the freedom to speak will no longer exist independent of the content of speech. What you’re allowed to say could depend on Google’s opinion of whether or not it will negatively affect others. To Google, the personal liberty of speech may require balancing against collective well-being. The company is acknowledging for the first time that it has the responsibility and power to unilaterally adjudicate between “free-for-all” and “civil-for-most” versions of society.

We should be paying more attention to how they plan to do this. But because the document leaked on Breitbart and because the initial rounds of censorship have impacted mostly those right of center, it has received little critical attention. Yet the significance of this foray into censorship extends beyond the left-right fight, because the standards for censored content are easily changed. If this plan is implemented, everything you ever read online will be judged before it reaches you (or doesn’t reach you).

People should be free to say nearly anything they want. In the marketplace of ideas, good will overpower bad. If we block one person’s speech, we can soon block others. The collective right to free speech is more important than an individual’s reaction to that speech. There is an uncomfortable duty to protect speech irrespective of its content.

Yet today Google (and Facebook, Twitter, and their successors) seem to perceive these old ideas as more outmoded than the powdered wigs the Founders wore when they wrote them.

So Jefferson had a good run—right up until the election of Donald Trump scared the free speech ideal out of Google. Could they have been…responsible…for helping elect a threat to democracy, someone who could shape-shift into a dictator? Should they have tried to stop him? Wouldn’t you have killed baby Hitler if you could have?

Under such circumstances, free speech is reimagined as a liability that bad actors will exploit judo-style, the tools of democracy used to destroy democracy. The Google document warns that “online manipulation and disinformation influenced elections in more than 18 countries, including the U.S. [as] free speech becomes a social, economic and political weapon.”

The irony is that the internet was supposed to be, and maybe briefly was, the highest expression of what is now the legacy definition of unfettered speech. Anyone could start a website to stand alongside the .govs. One voice was as loud as anyone else’s, and search engines were the democratizing connective tissue. Google was created to organize the world’s knowledge, not help control it. Free speech flourished online. Government censors had real restrictions.

Not so for global entities like Google. What doesn’t pass through their search engines or social media travels through their servers and cloud storage. There is no more pretending that any but a minority of users can use another tool, or ignore the web, and still functionally live in the real world. Google sees itself at the nexus of this historic change, declaring, “Although people have long been racist, sexist, and hateful in many other ways, they weren’t empowered by the Internet to recklessly express their views with abandon.” We apparently can’t handle that, and Google is, for the first time in human history, in a position to do something about it. After all, they acknowledge, they “now control the majority of our online conversations,” so the internet is whatever they say it is.

At this point, Google says, the “we’re not responsible for what happens on our platforms” defense crumbles. How much the last election was actually influenced by malign online content doesn’t matter so much as the realization that the tools are in place to do it more effectively next time. Existing laws can limit foreigners buying political ads stuffed with controversial news, but if Americans want to do the same thing, they’re not only not limited, the legacy version of the 1A demands that they be allowed to blast out hate speech and gendered bigotry. Something has to be done. Google’s document says they, as the apex predator, can now create online “well-ordered spaces for safety and civility.”

There is no one to stop them. It is very clear what private companies can do vis-a-vis speech; the argument is over what they should do. Thanks to Section 230 of the Communications Decency Act, Google is shielded from traditional publishers’ liability and responsibility. The 1A does not apply. No one at Google stands for election. Users matter only in the aggregate of millions of clicks. Google as the Good Censor would be accountable to pretty much no one (though the Supreme Court last week did agree to hear a long-shot case that could determine whether users can challenge social media companies on free speech grounds).

As proof-of-concept—what they are capable of doing—the Google document cites Charlottesville. Following racial violence, Google, GoDaddy, and Cloudflare quietly ganged up to end their relationships with The Daily Stormer, “effectively booting it off the Internet.” Google noted that, “while some free speech advocates were troubled by the idea that ‘a voice’ could be silenced at its source, others were encouraged by the united front the tech firms put up.” Same with Alex Jones, as corporations serially kicked him off their sites. Facebook and Twitter also actively censor, with Facebook removing over 800 political pages for “coordinated inauthentic behavior,” an Orwellian term Facebook claims means they were not forums for “legitimate political debate.”

Google and the others aren’t acting in a vacuum. Some 69 percent of American college students believe that intentionally offensive language should be banned. The ACLU now applies a litmus test to cases it takes, weighing their impacts on other rights (for example, the right to say the N-word versus the right of people of color not to hear it) and declaring that free speech can be secondary to other political goals.

The document makes clear that Google understands that current censorship efforts have fallen short. Decisions have been imprecise, biased, and influenced by shares and likes. Yet while acknowledging that they never will please everyone, Google is emphatic that it can’t escape “its responsibility for how society functions and progresses.” So the document is rich in words like “transparency” and “fairness” as it wrestles with the complexity of the task, envisioning itself as more of an imperfect but benign curator than Big Brother. But like any bad horror movie, you can see the ending coming down Broadway.

Eliminating voices to “not influence” an election is influencing an election. Once one starts deleting hate speech, there is no bottom to the list of things people might find offensive. Once you create a tool to manipulate thought via controlling information, the temptation to use that tool will prove great. Why not manipulate stock prices to fund “good” nonprofits and harm bad ones? Who should be elected in Guatemala? What’s the Google solution for that land dispute in St. Louis? It’s so easy. Just placing links for one candidate above another in a test search increased the number of undecided voters who chose that candidate by 12 percent.

The cornerstone of free speech—the absolute right to speak independent of the content of the speech—is now in the hands of corporate monopolies. Where the Supreme Court refused to prohibit hate speech, Google can do so. Where the 1A kept the government from choosing what is and isn’t called true, Google may decide. Journalists can take a first pass at writing news, but Google is the one positioned to determine whether anyone sees it. Like some TV murder mystery, Google is perched on the edge of a making a terrible decision, having tested opportunity, means, and method. All that’s left is to pull the trigger. 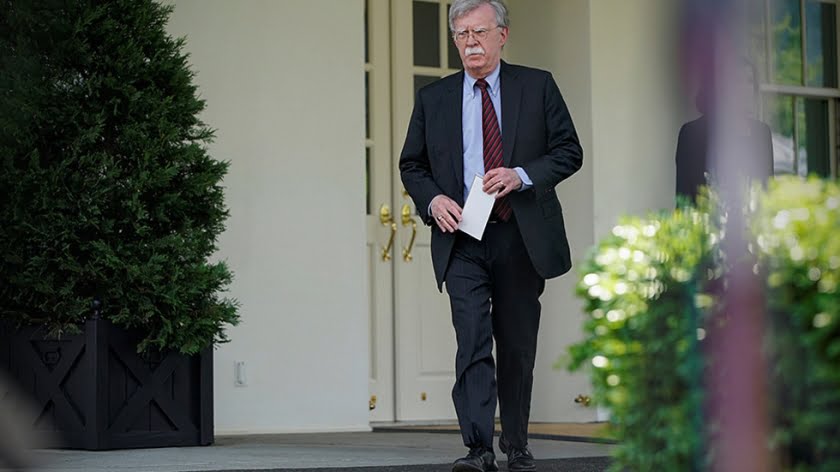 Did you read the latest news that Vladimir Putin is rich and evil? Oh, you don’t read anymore, more power to you. Fake news has it that the Russian president has a new “secret” holiday mansion worth untold millions. Furthermore, some of the stories tell of Putin being the world’s richest and most evil man…. 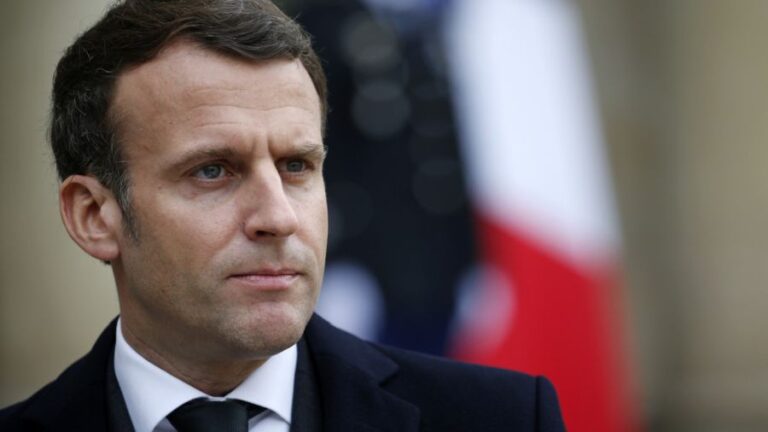 Most pollsters believe that Emmanuel Macron will be re-elected president of France in April. Although he has not yet officially declared his candidacy, saying that he will leave it until “the last quarter of an hour” before deciding, the likelihood of his re-election grows with every passing month. Macron’s opponents are increasingly agitated by what… 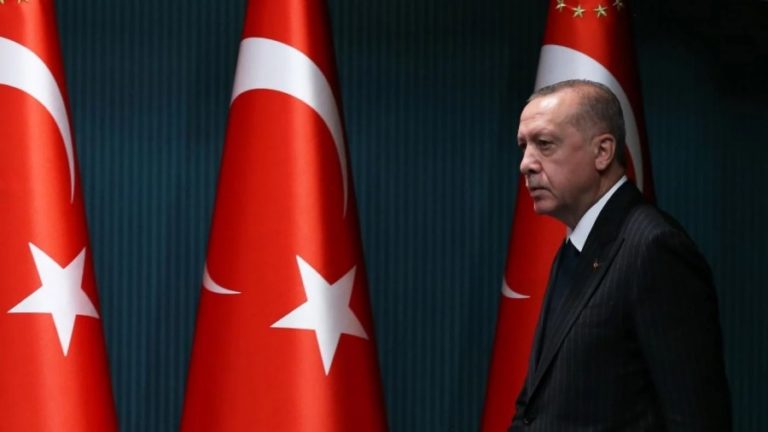 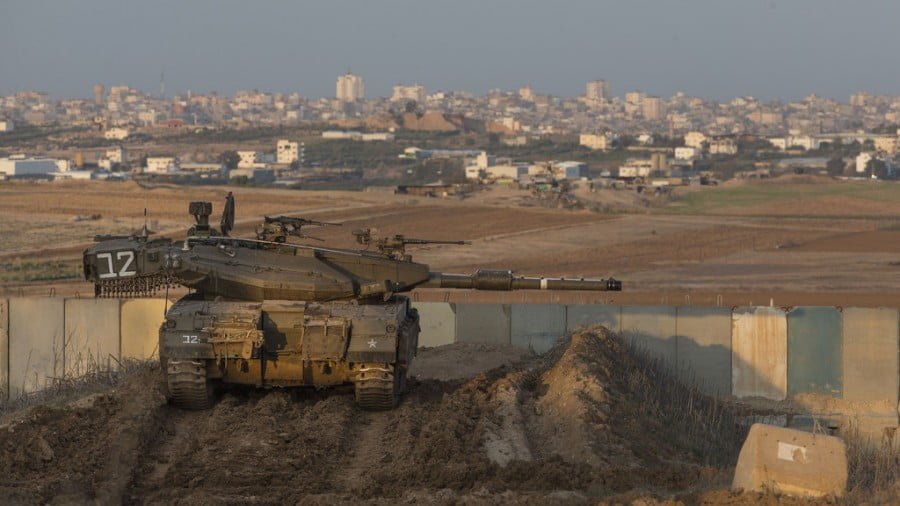