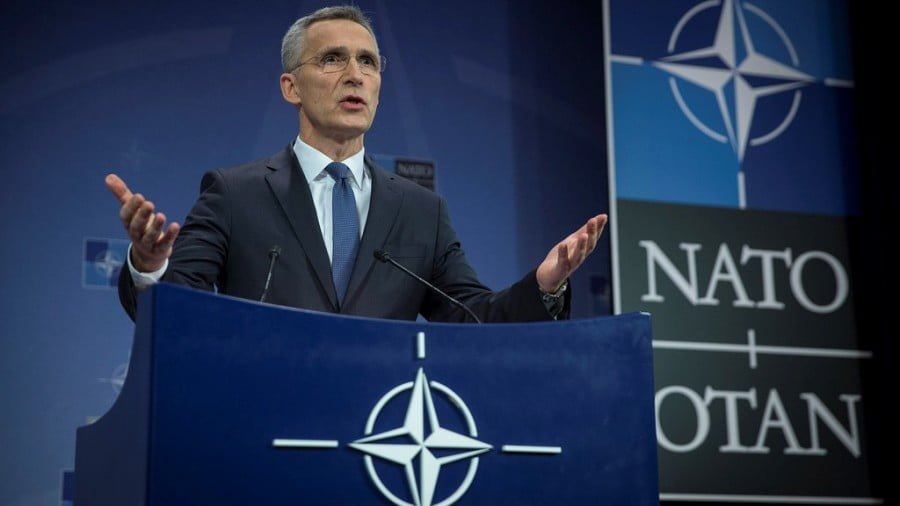 Once we have formed a view, we embrace information that confirms that view while ignoring, or rejecting, information that casts doubt on it. Confirmation bias suggests that we don’t perceive circumstances objectively. We pick out those bits of data that make us feel good because they confirm our prejudices. Thus, we may become prisoners of our assumptions.

Or, closer to the topic of this essay:

Of course there is going to be a bad reaction from Russia, and then [the NATO expanders] will say that we always told you that is how the Russians are — but this is just wrong.

This quotation is from an interview of George Kennan by Thomas Friedman published in the New York Times twenty years ago. He was speaking about what was then called “NATO expansion” (later changed to the more anodyne – and deceptive – phrase “NATO enlargement”. (I as a civil servant in the Canadian Department of National Defence used to amuse myself by seeing if I could sneak the forbidden “expansion” – an altogether more honest word – into briefing notes for the Higher Ups. As I recall, I got away with it about half the time. A trivial pleasure in the evolving disaster.)

But back to Kennan, Mr X, the author of the Long Telegram, the founder of “containment“, the man who actually lived long enough to see his recommendations, not only followed, but successful. He was right: in the long term, the Soviet system was not sustainable; it was, as Russian President Putin said: “a road to a blind alley“.

I think [NATO expansion] is a tragic mistake. There was no reason for this whatsoever. No one was threatening anybody else…. We have signed up to protect a whole series of countries, even though we have neither the resources nor the intention to do so in any serious way. It was simply a light-hearted action by a Senate that has no real interest in foreign affairs… Our differences in the cold war were with the Soviet Communist regime. And now we are turning our backs on the very people who mounted the greatest bloodless revolution in history to remove that Soviet regime.

a bad reaction from Russia, and then [the NATO expanders] will say that we always told you

Could there be a better illustration of the truth of Kennan’s percipience than this headline from the New York Times in July 2017: “Russia’s Military Drills Near NATO Border Raise Fears of Aggression“? The chutzpah of the headline is hard to swallow: Russia hasn’t moved anywhere. “The troops are conducting military maneuvers known as Zapad, Russian for ‘west,’ in Belarus, the Baltic Sea, western Russia and the Russian exclave of Kaliningrad.” Belarus is an ally of Russia, Russia has a Baltic coastline of more than 400 kilometres, Kaliningrad is part of Russia. So what exactly is the reason what Russia can’t do whatever military things it wants to at home? Imagine the reaction if Moscow dared question an American military exercise in the USA. But this reversal of truth is now the propagandistic norm: “New photos show Russia’s building up its military on NATO’s doorstep, but the alliance says it won’t be intimidated” and “Russia Building Up Military on NATO’s Borders” in October 2018 (just before a large NATO exercise that actually is on Russia’s border). NATO idiotically assures us that Russian notions that NATO is encircling Russia “ignores geography” because of Russia’s 20 thousand kilometre border NATO touches only a teeny weeny bit. Well, if it can add Finland, Ukraine and Georgia, it will be a bit more. But I doubt any Russian has said “encircling”. Russians know there’s no NATO in Asia but they do see NATO moving its doorstep towards it. These are perfect examples of the confirmation bias that Kennan predicted: the NATO expanders are telling us that Russia’s actions inside its unchanged borders are exactly why we had to expand NATO’s borders. Russia’s reaction to NATO’s expansion enlargement justifies NATO’s enlargement expansion.

Here’s NATO patting itself on the back: “NATO enlargement has contributed to spreading democracy, security and stability further across Europe.” NATO’s official enumeration of its sad relations with Russia and Moscow’s many unfounded accusations and inexplicable failure to accept the simple declaration that this military alliance advancing every closer to Russia “does not seek confrontation and poses no threat to Russia” may be found here. Parenthetically it is interesting that the specific accusations made against Russia in this apologia, which we are to believe sadly made NATO take other steps, are Crimea and Ukraine which greatly postdate NATO expansion. How clever of the expanders in the 1990s to foresee Russia’s actions in Ukraine nearly two decades later! Another clear case of confirmation bias.

This sort of thing goes on all the time. From the Washington Post in November 2016, a reliable mouthpiece of the US war party, “Russian warplanes keep buzzing the Baltics. Here’s how NATO scrambles.”

A Russian fighter jet flew dangerously close to a U.S. RC-135 reconnaissance aircraft on Thursday in the latest military provocation by Moscow over the Baltic Sea, the U.S. European Command said Saturday.

“Russian War Planes Threaten a US Navy Ship in International Waters” (Note the video reconstruction and see if you think it’s an accurate representation of what the actual video shows.) “Russia defends sending warships through English Channel”. Russia’s Existential Threat to NATO in the Baltics is a perfect fulfilment of Kennan’s observation “We have signed up to protect a whole series of countries, even though we have neither the resources nor the intention to do so in any serious way”. And because we can’t defend them, the very existence of NATO is threatened.

I will agree that there are a few cooler heads around:

Gen. Petr Pavel, chairman of the NATO Military Committee, told reporters he and his NATO counterparts have not seen obvious offensive acts from Russian aircraft or troops.

but they seem to be without much effect in the prevailing weather of Russia Threatens Massive Military Buildup to Counter US, NATO, Vladimir Putin’s nuclear warships pictured steaming towards the English Channel as Royal Navy prepares to scramble fleet, Latvia faces hybrid threat as EU, NATO boost defenses and many more.

The same confirmation bias can be found on the other side of the world in which we are ceaselessly told that China provokes US Navy ships peacefully exercising their free passage in international waters. This can stand for the numerous examples:

At approximately 0830 local time on September 30, a PRC LUYANG destroyer approached USS DECATUR in an unsafe and unprofessional maneuver in the vicinity of Gaven Reef in the South China Sea.

Imagine the reaction in Washington if Chinese warships patrolled the Gulf of Mexico “to ensure freedom of navigation“! The USN patrols to ensure the safe passage of goods to and from China in the South China Sea; Beijing reacts; proof that more patrols are necessary and justified.

So, after two decades of NATO’s expanding its doorstep to the edge of Russia, after years of the USN doorstep moving closer to China, where are we in terms of the stability that NATO expansion is supposed to have brought us? At least two wars – in Ossetia in 2008 and eastern Ukraine starting in 2014 – are consequences of NATO expansion. But, more to the point, we have two announcements, not, I suspect, by coincidence made a few hours apart.

The Southern Theatre Command has had to bear a “heavy military responsibility” in recent years, state broadcaster CCTV quoted him as saying during an inspection tour made on Thursday as part of his visit to Guangdong province. “It’s necessary to strengthen the mission… and concentrate preparations for fighting a war,” Xi said. “We need to take all complex situations into consideration and make emergency plans accordingly. “We have to step up combat readiness exercises, joint exercises and confrontational exercises to enhance servicemen’s capabilities and preparation for war.”

Speaking at the UN on Friday, Andrey Belousov, deputy director of the Russian Foreign Ministry’s Department of Nonproliferation and Arms Control, echoed Putin’s comments from last week that Russia is indeed readying itself for war, but only so it can defend its people against American aggression. “At a recent meeting, the US stated that Russia is preparing for war. Yes, Russia is preparing for war, I can confirm it”, Belousov said adding that “We are preparing to defend our homeland, our territorial integrity, our principles, our values, our people.”

No stability, no security. And still the expanders blame Russia and China for responding to what they gratuitously began.

There was no reason for this whatsoever. No one was threatening anybody else… This has been my life, and it pains me to see it so screwed up in the end. 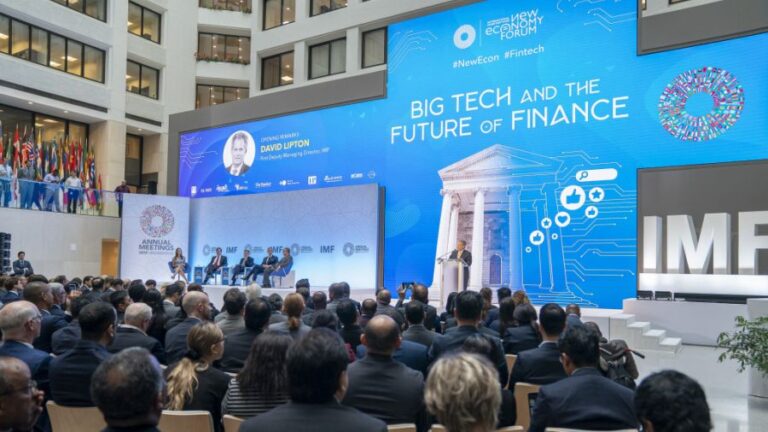 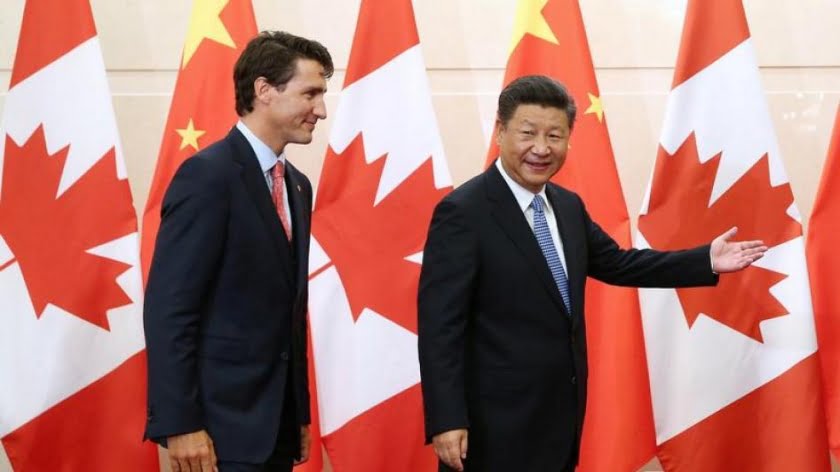 In Donald Trump’s short time in office, he has already shown his propensity to use military force. From dropping the largestnon-nuclear bomb ever used on Afghanistan, to launching 59 Tomahawk cruise missiles at Iraq (oh wait, Syria), there is no doubt that the Trump administration has a prominent militaristic streak.  But is this just for… 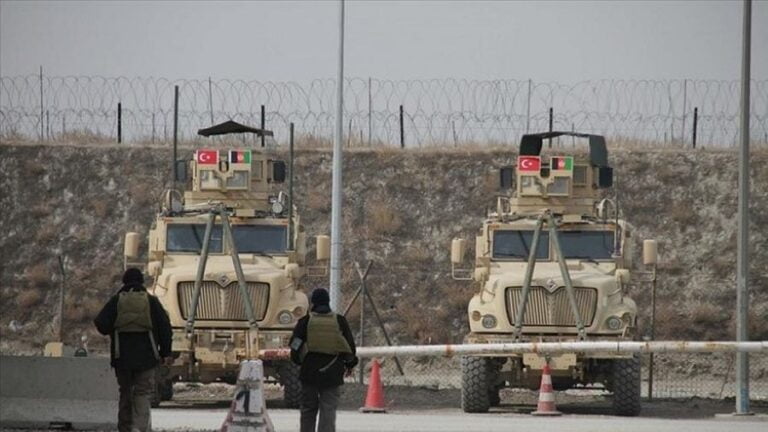 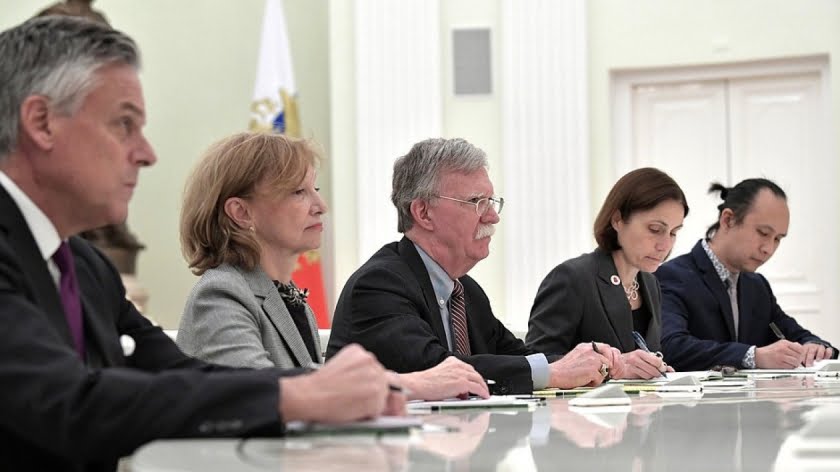