Trump’s Curious Problem with the Media

One of the strangest things about the Trump Presidency is that he excoriates the media for mocking him, claiming that the press is ‘the enemy of the people’, while for progressives, the press is still not going its job by failing to call out the slide toward fascism

The fact that ‘the left’ broadly speaking is still seen as the devil incarnate by much of the political class smooths the way for the president to accuse the media of representing a ‘socialist mob’, when in reality it still keeps its distance from anything smacking of socialism. With the country still struggling to consider health care as a right rather than something that money buys, the perennial requirement that candidates reject anything that can be considered ‘left-wing’ is exacerbated.

The health system concocted by Republicans to replace the very imperfect one devised by Obama focuses more on creating opportunities for private health insurers than on inching toward government responsibility for the well-being of its citizens. This starts with thousands of dollars being spent by insurance companies to showcase their systems, competing with each other to appear to offer the most advantages for the least cost. The ‘healthcare market’ has become so complicated that recently one company published a fascicule titled “This is Medicare that Everyone Can Understand!

Instead of one overarching system, Medicare is only for seniors and only pays 80% of costs. It is dispensed through private ensurers, each type of ‘service’ either free or requiring a ‘copay’, with a dozen different companies vying to appear the most advantageous. But Medicare only pays for 80% of medical costs, so when people reach retirement age, at which are entitled to it, they must shop around for a ‘supplemental insurance’ that picks up ‘most’ of the other twenty percent. Given that the first objective is to maximize the bottom lines of insurance companies, for ‘consumers’, it’s a lottery, even after spending an entire day comparing plans and figuring out which is likely to provide the most ‘health’ for the fewest dollars.

It boggles the mind that American politicians fail to realize the efficiency of 100% government funded health care: in Europe, to take the most obvious example, every person at birth is enrolled in health insurance, and the only thing they have to pay is a small fee for doctors’ visits. They don’t have to worry about paying for medical tests, surgeries, births, etc., and are even entitled to physical therapy and other aids. (Doctors are only allowed to charge so much for their services, although they can operate outside the system tot he extent that people are willing to pay out pocket.)

By the way, notwithstanding the thousands of hours spent by the media on each breathless detail of ‘Russiagate’, it turns out that healthcare is at the top of the list of concerns as the country approaches the mid-term elections a week from now. Trump sees them as a referendum on him, even though he is not on the ballot. As for those who are on the ballot, senators and representatives from each state, if the Democrats can win majorities in both houses of congress, they COULD impeach Trump, however they recoil from the prospect of a Pence Presidency, which would be heavy on religion. At the same time, they are reluctant to see younger, more left-oriented candidates get elected — the very ones needed to rid the country of Trump, but who would likely put a damper on the arms industry, source of considerable political funding. 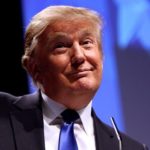 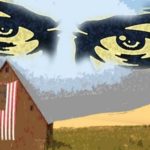