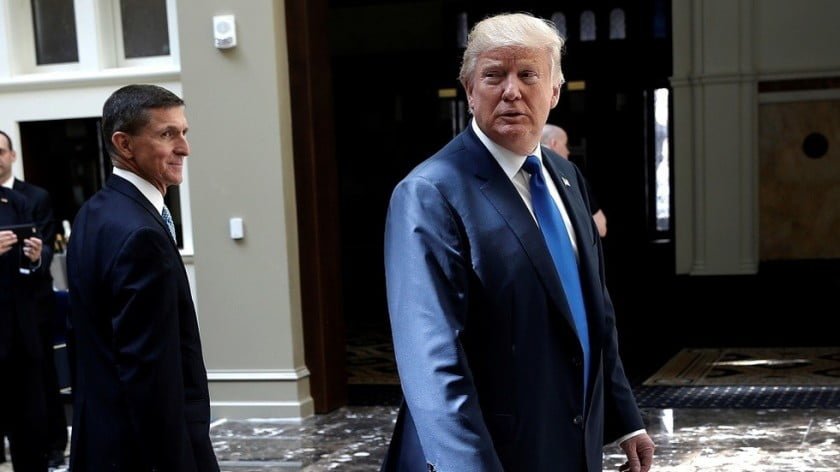 President Donald Trump’s ill-fated first national security adviser Michael Flynn will twist in the wind for another three months or more, before he can face a sentence for getting caught in a FBI ambush while doing his job.

Flynn was supposed to be sentenced on Tuesday, ending the year-long legal saga that destroyed his reputation, nearly bankrupted him, and even endangered his family. Then, in a bizarre last-minute twist, his lawyers asked for a delay. The next status hearing will be in March, with the actual sentencing who knows when.

At one point in the hearing, Judge Emmett Sullivan urged Flynn to reconsider his guilty plea, telling him that the violation he was admitting to amounted to treason – only to walk back the comments minutes later. The media, predictably, gave far more coverage to the original statement than the retraction. It’s the perfect example of the collective hysteria that has followed Flynn’s case from the very beginning.

Despite the publication of FBI documents showing that agents interviewing Flynn in January 2017 did not think he misled them, intentionally or otherwise, about the content of his conversations with Russian ambassador to the US Sergey Kislyak, Flynn chose to stand by his guilty plea from a year ago. His reasons for this are a mystery. What is not a mystery, however, is how the people involved in railroading Flynn are the same ones implicated in the institutional #Resistance to the Trump administration.

That is where things get interesting. Somebody from the Obama administration – we still don’t know who – “unmasked” Flynn’s name from the classified NSA intercepts of his conversations with the Russian ambassador. This somehow got to Acting Attorney General Sally Yates, who testified that she reached out to the White House with concerns about Flynn being blackmailed. It also somehow got to the Washington Post. There was talk of the Logan Act, an obscure 200-year-old law never used to prosecute anyone.

Within days of Trump’s inauguration, two FBI agents came to interview Flynn about his conversations with Kislyak. They told him he didn’t need a lawyer present. One of the agents was Peter Strzok – who would later be revealed as rabidly anti-Trump, thanks to text exchanges with FBI lawyer Lisa Page uncovered by the DOJ inspector-general.

James Comey, the FBI director at the time and now a hero of the anti-Trump #Resistance, testified on Monday that he sent Strzok to the White House without informing Yates, out of political considerations. It’s not the first time Comey has broken with procedure and assumed prerogatives of his superiors, mind you – his public exoneration of Hillary Clinton comes to mind – as the DOJ IG concluded in his report.

Hounded by the media coverage of the NSA leaks and the FBI interview, Flynn resigned on February 14, 2017. That was not the end of his troubles, but only the beginning. Months later, special counsel Robert Mueller charged him with lying to Strzok and his colleague, in order to compel his cooperation with the “Russiagate” probe.

Mueller, let’s recall, was appointed by Deputy AG Rod Rosenstein after Comey was fired by Trump – on the basis of Rosenstein’s memo, no less – in May 2017, because Democrats insisted that sacking the FBI chief amid an ongoing counterintelligence investigation amounted to obstruction of justice. You can’t make this stuff up!

Yet despite two years and near-infinite resources, the best both Comey and Mueller could come up with to tie Trump to Russia has been the “salacious and unverified” (in Comey’s own words) Steele Dossier – a collection of claims bought and paid for by Clinton’s campaign, using the Democratic Party and its law firm Perkins Coie as cutouts.

Christopher Steele, a former (?) British spy, recently said in a legal filing that the dossier was commissioned so Clinton could challenge the legitimacy of the 2016 election. Before you object that Clinton never brought a court challenge, ask yourself: hasn’t she? What about Flynn, or George Papadopoulos, or Paul Manafort, or Michael Cohen, or the entire “Russiagate” probe for that matter? What about the frenzied, breathless reporting over the past two years, heralding the impending end of Donald J. Trump over each and every non-development?

Back in January 2017, top Democrat in the Senate Chuck Schumer warned Trump he should not cross the US intelligence community, as “they have six ways from Sunday at getting back at you.”

Sure enough, within days the spies released their infamous assessment claiming Russian meddling in the 2016 presidential election, providing a framework for “Russiagate” investigations. Since then, former CIA Director John Brennan has established himself as an outspoken foe of Trump, to the point where even former Director of National Intelligence James Clapper found it problematic.

Trump’s critics have routinely accused him of being a dictator, a despot and a tyrant, a threat to “our democracy,” whatever that means. Yet in what dictatorship would a despot tolerate an ongoing vendetta by the opposition against himself and his allies, and the rampant abuse of intelligence, judiciary and law enforcement? Trump must be the most incompetent tyrant ever!

What’s worse, the Washington establishment claims to stand for justice, rule of law, and democracy while trampling any semblance of them into the mud – as shown by the case of General Flynn – and continuing to blame Russia, of course. 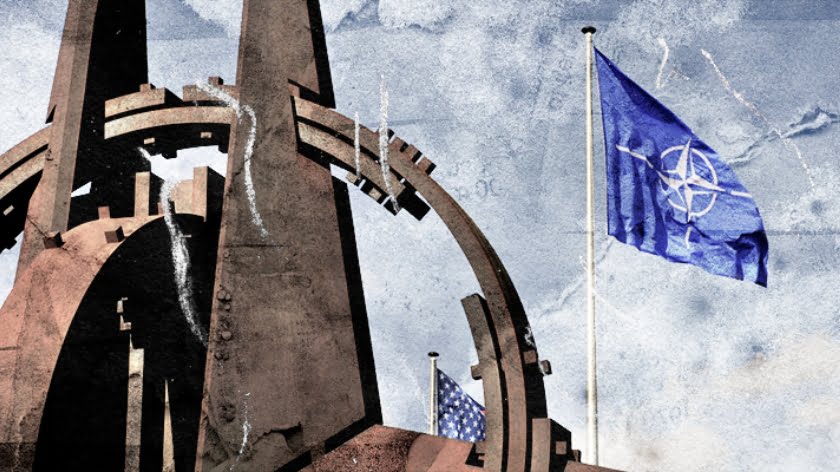 How badly does Washington want NATO to survive? Bad enough to betray the Greeks again and to reignite the Cyprus killing fields, that’s how bad. News the US Congress is expected to approve a bill lifting an arms embargo on Cyprus, which has been in place since 1987, can mean only one thing. According to… 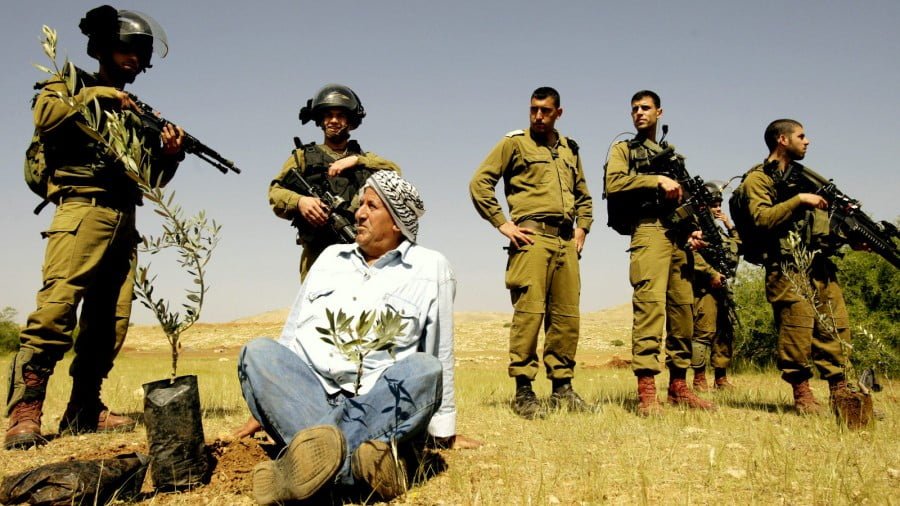 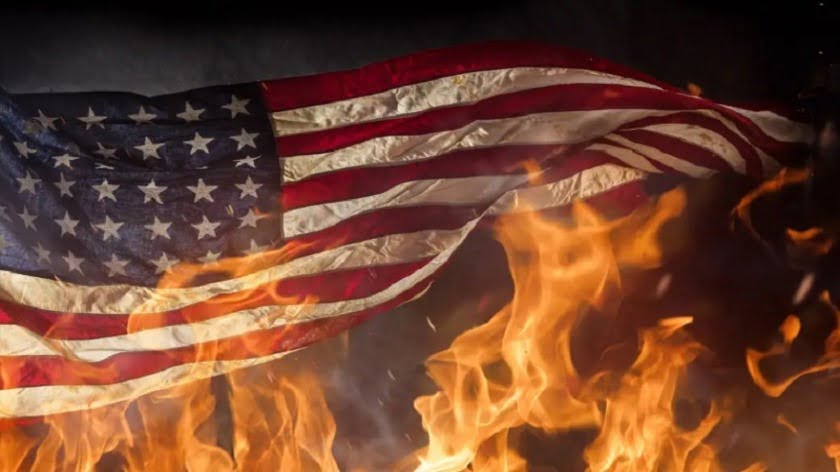