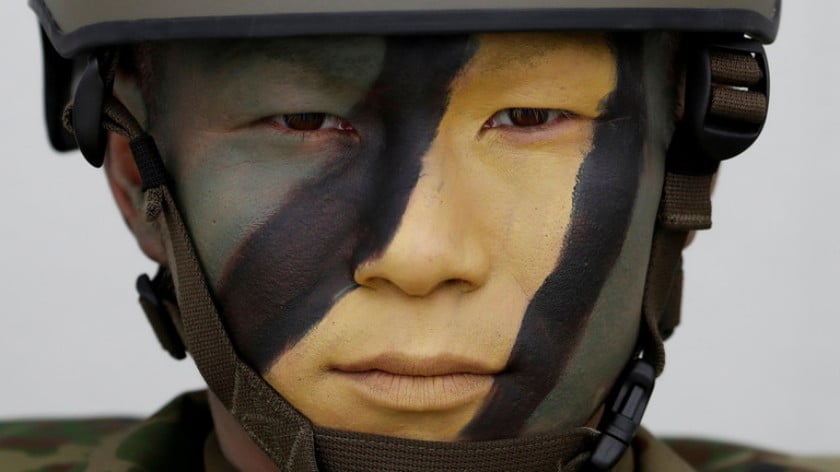 Japan is set to abandon its pacifist past and begin a long and dangerous road to militarization and potential confrontation with its neighbors, according to recently published defense spending documents.

Following the end of World War II, the United States military occupied Japan and imposed on the country a unique constitution which on the face of it, renounced war for good. Article 9 of the Constitution disallows Japan from maintaining a military force and outlaws the use of force in settling international disputes.

Much in the same way that Japan is party to an international convention which disallows whaling all the while it still continues to take part in the globally banned activity (and will now reportedly be rapidly accelerating its whaling activities), Japan has never really adhered to the principles of its so-called Peace Constitution.

For example, Japan is one of the world’s largest spenders on national defense with one of the world’s best-equipped militaries, known as the Self Defence Forces (SDF), which are intended to empower the force to defend Japan in the instance of an attack. The nation also plays host to the US military and its bases, empowering the United States to attack many defenseless nations. In fact, the population of Okinawa, burdened with the task of hosting these military bases (despite vehement and endless amounts of protesting) reportedly feels guilty for their land’s complicity in the US-led invasions of Iraq and Afghanistan as Okinawa has played an integral role through the deployment of troops and naval craft.

Now, Japan is making no secret about its intentions to become a global military force. Last Tuesday, Prime Minister Shinzo Abe’s Cabinet approved its midterm defense guidelines and an associated defense plan, known as the National Defence Program Guidelines and the Mid-Term Defence Plan. The plan will see Japan spend approximately $243 billion on defense over the next five fiscal years, until 2024.

The media most likely won’t ever put it so bluntly, but North Korea’s aim at the time was most likely to demonstrate to the United States that it had the potential to strike its forces stationed in Japan, as well as Guam and South Korea. While the idea behind the US military being stationed in Japan is to allegedly protect Japan from countries like China and North Korea, it arguably puts the Japanese population at greater risk given Washington’s desire to provoke and confront nations like those aforementioned.

For the first time since World War II, Japan is seeking to convert two ships into aircraft carriers in order to confront China, as well as the purchase of over 100 F-35s as part of this $243 billion defense plan. The plan includes the desire to acquire two aircraft carriers capable of launching fighter jets.

Concerned by China’s “naval footprint”, a Japanese defense official told AFP that Japan has a “very, very small SDF footprint” in the area between Okinawa and Taiwan. The aircraft carriers and new fighter jets will, according to the official, “increase operational flexibility” for Japan’s military while China increases its naval prowess into southern waters that are home to disputed territories between the two Asian powers.

In April of this year, Reuters reported that Beijing’s military defense spending far outpaced that of Japan’s by approximately three times as much. Evidently, it did not take too long for Tokyo to get the memo and decide it was time to boost its spending plans.

It pays to note that Prime Minister Abe’s grandfather was, as one Chinese museum described, a “Class-A-war criminal.” It is in his grandfather’s image and legacy that Abe has pursued such a redrawing of the Japanese constitution.

Abe has long advocated the disposal of the peace clause of Japan’s constitution, which some scholars would use to technically nullify the existence of the SDF even in its traditional form. If he is able to cement the status of the SDF legally, Abe will allegedly be one step closer to establishing for Japan a regular standing army.

Abe has begun efforts to procure a number of offensive weapons, including Tomahawk cruise missiles and F-35s. Under Abe, Japanese troops have also begun training to take part in military expeditions overseas.

In 2016, Japan deployed its first set of troops overseas since the end of World War II, with 350 soldiers venturing into the UN mission in South Sudan. These troops weren’t being stationed there to admire the scenery; they had explicitly been granted the ability to use force to protect civilians, as explained by UN staff. According to the Council on Foreign Relations (CFR), SDF forces have also been deployed to Iraq and Afghanistan.

In April this year, Japan’s SDF also activated its first Marine brigade since World War II in order to counter a potential Chinese invasion of Japan’s claimed territories along the edge of the East China Sea. While ludicrously underreported, this was a heavily controversial move at the time because as Reuters notes, “amphibious units can project military force and could, critics warn, be used to threaten Japan’s neighbors.”

While China and North Korea are the obvious “usual suspects” with regard to Japan’s proposed defense-spending and defense plan, many observers may be surprised to learn that tensions between Japan and another key US ally are quietly heating up beneath the radar. On December 20, a 3,900-ton class KDX-I destroyer belonging to the South Korean Navy allegedly locked its “separate target illumination radar” on a patrol aircraft belonging to the Japanese Maritime SDF. According to Defense News, directing the fire control radar at a target is regarded as being only one step away from the actual firing toward the intended target. Seoul has denied that the destroyer used the target radar.

As it transpires, South Korea is slowly but surely becoming less and less concerned with the activities of North Korea and is becoming more concerned with its neighboring countries, including and especially Japan.

For a long time, the United States has relied on South Korea and Japan to join Washington in a trilateral defense force that is able to provide a buffer against China in the region. However, much like the rest of the world, including Washington’s traditionally most closest allies, South Korea is heading toward a future in which it would no longer need to rely on the US military for its wartime operations. It would appear from the latest announcement from the Abe government, that Japan is not too much further behind, either.

Abe’s plans for the militarization of Japan are not necessarily welcomed by the Japanese public, with thousands of protesters attending anti-war rallies in Tokyo and other major cities. Even recent polls show that the majority of respondents in Japan oppose Abe’s plans to amend the constitution. That being said, polls also show that the Japanese public does not trust China in the slightest.

In an attempt to quell the public’s concerns, Chief Cabinet Secretary Yoshihide Suga said that the proposal aims to reinforce air defense systems within “the minimum necessary level of force permissible” under Japan’s peace constitution. Japan’s Defence Minister, Takeshi Iwaya, also attempted to win the public onside by explaining that this spending is “indispensable” to protect Japan.

Protecting Japan and protecting the people of Japan are two completely different things. The island of Okinawa has suffered years of abuse under the occupation of the US military and continues to do so to this day. Honourable mentions include the storing of Agent Orange on Okinawa, still present in Okinawa’s ecosystem even today; the deaths of primary school children from fighter jet crashes; noise pollution; rampant crimes committed by personnel including rape, abduction, murder – to which there is little to no justice – just to name a few.

Perhaps protecting Japan is the wrong terminology to use. The latest developments may entail that Washington and Tokyo end up slowly going their separate ways; and China and Japan may end up on a path to war, all the while Tokyo will have to account for the rise of South Korea’s military prowess in the region.

At the end of the day, American-based defense contractors are the only group of people who are genuinely set to benefit immensely in the immediate short-term future, not the Japanese public, or any other player for that matter. 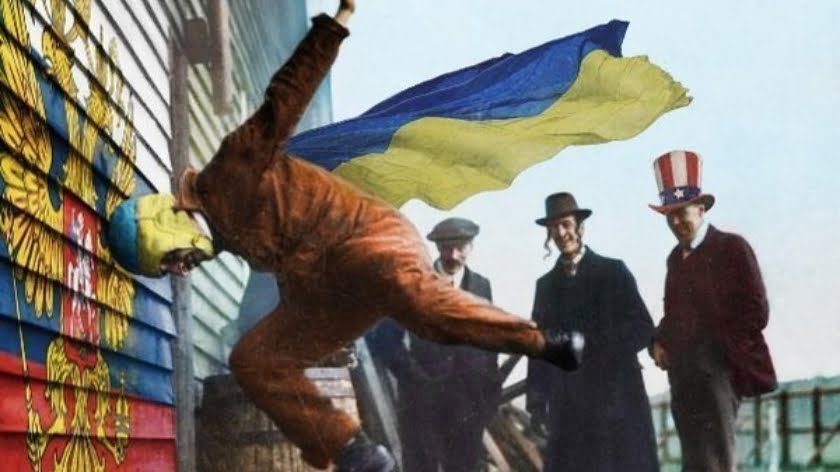 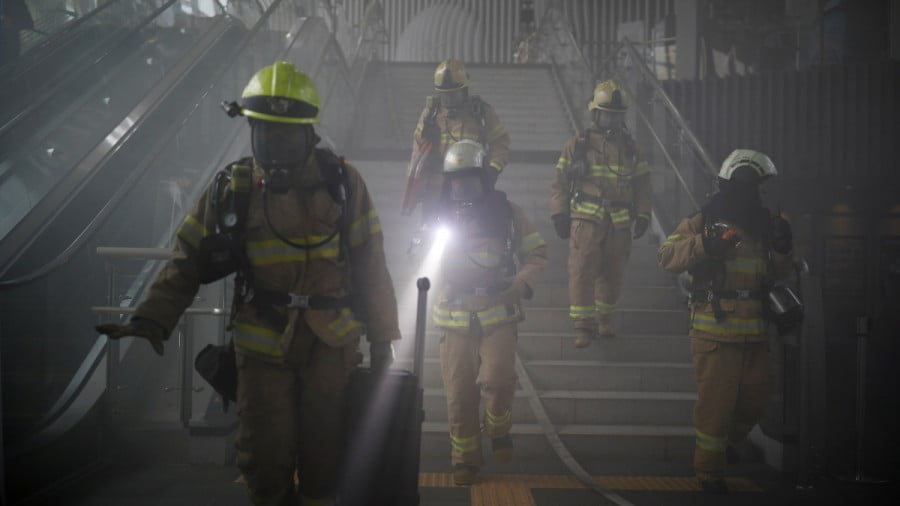 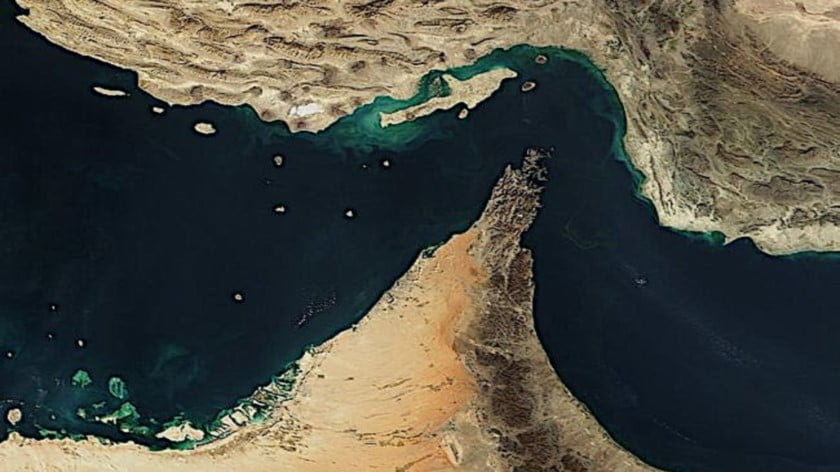 All bets are off in the geopolitical insanity stakes when we have the President of the United States (POTUS) glibly announcing he could launch a nuclear first strike to end the war in Afghanistan and wipe it “off the face of the earth” in one week. But he’d rather not, so he doesn’t have to… 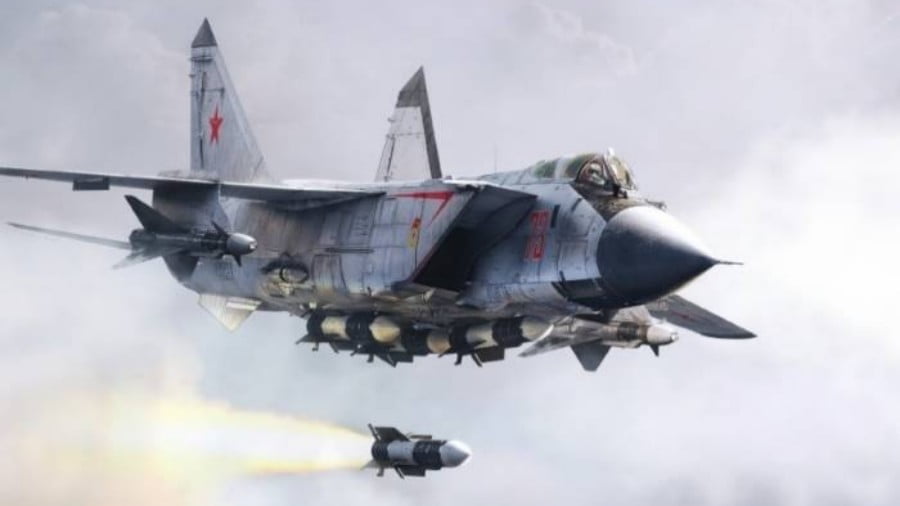 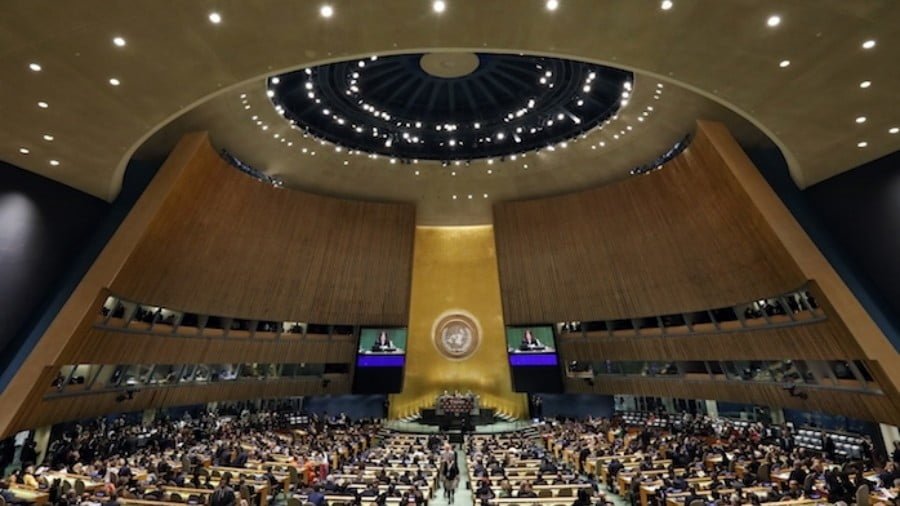