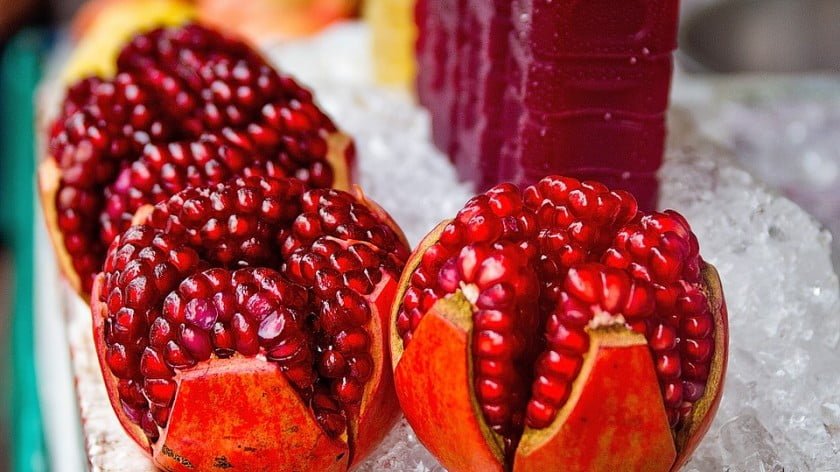 Millions take toxic cholesterol and blood pressure lowering drugs that may do nothing to reduce heart disease specific mortality. Pomegranate juice, on the other hand, actually reverses underlying pathologies of the cardiovascular system that lead to bypass surgeries and heart attacks.

One of the most amazing clinical studies ever performed has been hidden away behind a pay wall for over a decade. When I first stumbled upon this clinical pearl two years ago, in the form of the publicly indexed abstract on pubmed.gov, my jaw nearly dropped. I’ve finally acquired the full version of the study and am now excited to report on its implications in greater depth to help raise awareness about the power of pomegranate to heal the body, and I believe, save millions lives from premature death from heart disease.

The most eye-opening line in the abstract reveals why our original report on the study, How To Clean Your Arteries With One Simple Fruit, received over 500,000 social media shares:

“Pomegranate juice consumption resulted in a significant IMT [intima media thickness] reduction, by up to 30%, after 1 year.”

We shouldn’t be that surprised at how great an interest there is among the masses in safe, delicious, and affordable drug alternatives that have the power to unclog arteries? Certainly the drugs aren’t working, with the most popular class — cholesterol-lowering statins — being linked to over 300 adverse health effects. But sometimes the technical language of medicine gets confusing: what does this pomegranate-induced reduction in the intima media thickness (IMT) of the arteries mean?

The intima media is the middle portion of the arteries that become inflamed and fill up with plaque comprised of oxidized fats, immune cells, and their debris, in the condition known colloquially as “blocked arteries.” As the intima media grows thicker, less space is available for the blood contents to move through the opening (lumen) of the arteries. When the arteries eventually close or are blocked, catastrophic injury or death may follow. Therefore, anything that can safely reduce, or better, reverse intima media thickening is the holy grail as far as obtaining a root cause resolution of atherosclerosis, and by implication would profoundly reduce deaths linked to cardiovascular mortality.

Indeed, in a world where the #1 cause of death is cardiovascular disease, and where we preemptively medicate millions more with drugs that only reduce surrogate markers for cardiovascular disease risk – i.e. lipoproteins carrying cholesterol – without showing any convincing evidence that it is reducing cardiovascular disease or all-cause mortality, how could something as simple and powerful as pomegranate be overlooked? In fact, if a simple daily dietary intervention is capable of regressing and/or reversing the underlying disease process in millions of fatal cardiac cases, it would seem highly unethical not to use it.

Here, we wish to bring some of the finer details of this clinical trial to light, to further substantiate the value of botanical and food-based interventions not only in preventing but treating major chronic disease processes like cardiovascular disease, the developed world’s most deadly disease.

The study consisted of nineteen patients, 5 women and 14 men, aged 65-75, non-smokers. They were randomized to receive either pomegranate juice or placebo. Ten patients were in the pomegranate juice treatment group and 9 patients that did not consume pomegranate juice were in the control group. Both groups were matched with similar blood lipid and glucose concentrations, blood pressure, and with similar medication regimens which consisted of blood-pressure lowering (e.g. ACE inhibitors, β-blockers, or calcium channel blockers) and lipid lowering drugs (e.g. statins).

The ten patients in the treatment group group received 8.11 ounces (240 ml) of pomegranate juice per day, for a period of 1 year, and five out of them agreed to continue for up to 3 years.

The remarkable results were reported as follows:

“The mean intima media thickness the left and right common carotid arteries in severe carotid artery stenosis patients that consumed pomegranate juice for up to 1 year was reduced after 3, 6, 9 and 12 months of pomegranate juice consumption by 13%, 22%, 26% and 35%, respectively, in comparison to baseline values.”

You can only imagine what would happen if a pharmaceutical drug was shown to reverse plaque build up in the carotid arteries by 13% in just 3 months! This drug would be lauded the life-saving miracle drug, and not only would be promoted and sold successfully as a multi-billion dollar blockbuster, but discussion would inevitably follow as to why it should be mandated.

While these results are impressive, if not altogether groundbreaking for the field of cardiology, they may be even better than revealed in the stated therapeutic outcomes above. When one factors in that the carotid artery stenosis increased 9% within 1 year in the control group, the pomegranate intervention group may have seen even better results than indicated by the measured regression in intima media thickness alone. That is, if we assume that the pomegranate group had received no treatment, the thickening of their carotid arteries would have continued to progress like the control group at a rate of 9% a year, i.e. 18% within 2 years, 27% within 3 years. This could be interpreted to mean that after 3 years of pomegranate treatment, for instance, the thickening of the arteries would have been reduced over 60% beyond what would have occurred had the natural progression of the disease been allowed to continue unabated.

1. Reduced Cholesterol Content: “The cholesterol content in carotid lesions from the two patients that consumed PJ was lower by 58% and 20%, respectively, in comparison to lesions obtained from CAS patients that did not consume PJ (Fig. 3A).”

2. Reduced Lipid Peroxides: “[T]he lipid peroxides content in lesions obtained from the patients after PJ consumption for 3 or 12 months was significantly reduced by 61% or 44%, respectively, as compared to lesions from patients that did not consume PJ (Fig. 3B).

3. Increased Reduced Glutathione Content: “A substantial increase in the lesion reduced glutathione (GSH) content, (GSH is a major cellular antioxidant) by 2.5-fold, was observed after PJ consumption for 3 or 12 months, (Fig. 3C).

4. Reduced LDL Oxidation: “LDL oxidation by lesions derived from the patients after PJ consumption for 3 or 12 months, was significantly (Po0.01) decreased by 43% or 32%, respectively, in comparison to LDL oxidation rates obtained by lesions from CAS patients that did not consume PJ (Fig. 3D).”

Essentially these results reveal that not only does pomegranate reduce the lesion size in the carotid arteries, but “the lesion itself may be considered less atherogenic after PJ consumption, as its cholesterol and oxidized lipid content decreased, and since its ability to oxidize LDL was significantly reduced.”

This finding is quite revolutionary, as presently, the dangers of carotid artery stenosis are understood primarily through the lesion size and not by assessing for the quality of that lesion. This dovetails with the concept that the sheer quantity of lipoproteins (i.e. “cholesterol”) in the blood can not accurately reveal whether those lipoproteins are actually harmful (atherogenic); rather, if lipoproteins are oxidized (e.g. ox-LDL) they can be harmful (or representative of a more systemic bodily imbalance), whereas non-oxidized low density lipoprotein may be considered entirely benign, if not indispensable for cardiovascular and body wide health. Indeed, in this study the researchers found the pomegranate group had increased levels of triglycerides and very low density lipoprotein, again, underscoring that the anti-atherosclerotic properties likely have more to do with the improved quality of the physiological milieu within which all our lipoproteins operate than the number of them, in and of itself.

Finally, it should be pointed out that all the patients in this study were undergoing conventional, drug-based care for cardiovascular disease, e.g. cholesterol- and blood pressure-lowering agents. Not only did the pomegranate treatment not appear to interfere with their drugs, making it a suitable complementary/adjunct therapy for those on pharmaceuticals, but it should be pointed out that the control group’s condition got progressively worse (e.g. the mean IMT increased 9% within 1 year), speaking to just how ineffective drugs are, or how they may even contribute to the acceleration of the disease process itself.

Believe it or not, pomegranate has many other ways in which it can help to heal the cardiovascular system, as well as other organ systems. Our research project has identified over 100 distinct health benefits of pomegranate: View the Pomegranate Research Database. Learn more by reading some of our other articles on the topic: 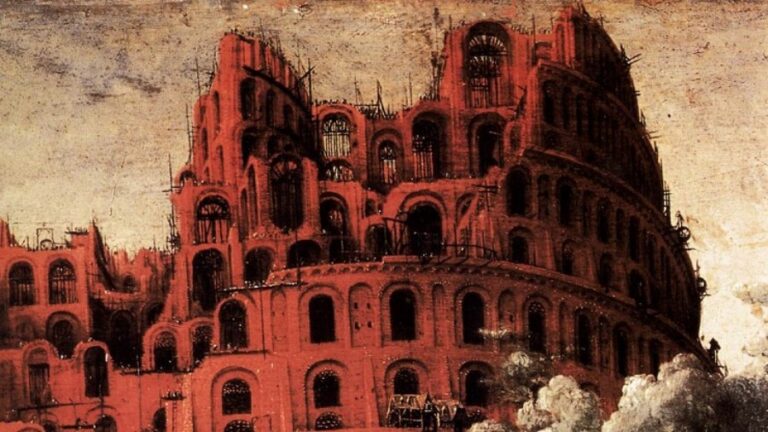 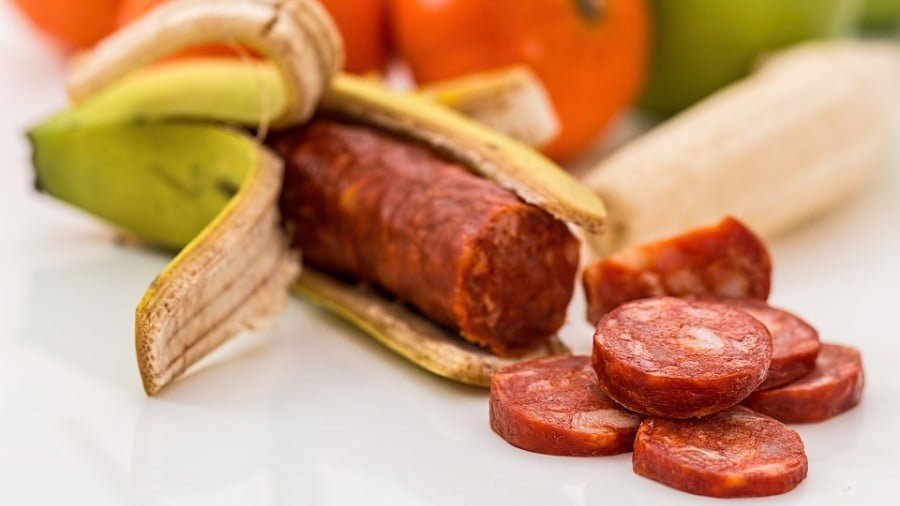 Here is yet another daily practice to add into your oral health regime. Fortunately for you, this one is not only simple and fast, taking only a few seconds out of your day, but it offers benefits that can be seen right away. I am referring to the Ayurvedic practice of tongue scraping, which involves… 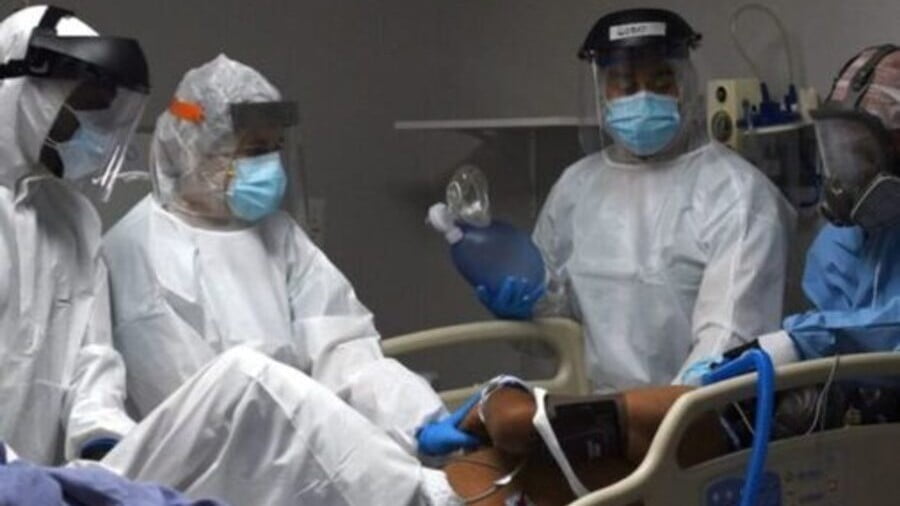 KFC makes much of its “secret blend of herbs and spices,” but there’s a much simpler reason that people tend to find the flavor of the restaurant’s chicken so striking and find themselves craving more: All KFC chicken is literally marinated in MSG. MSG, or monosodium glutamate, is an artificial salt designed to activate the…

Coconut oil is a shelf stable product that really does it all. This pantry item can be used (nutritiously) in place of butter, shortening, and cooking oil, and then pressed into duty as a health and beauty aid. Coconut oil is loaded with healthy fats. Sometimes people who are seeking a healthier lifestyle make the mistake…