The Russian government announced that it’ll commit approximately $390 billion to implementing President Putin’s “May Decrees” that he issued following his reelection last year on a promise to revitalize the domestic economy and finally deliver tangible benefits to the majority of the population, especially those outside of the main cities of Moscow and St. Petersburg who’ve barely seen much of their livelihoods improve over the past two decades. This visionary initiative is being called the “Great Society” program and will consist of 12 National Projects that run the gamut of everything from agriculture to industry to transportation infrastructure and all that’s in between, with specific emphases also being placed on ecology, education, and the digital economy.

It’s not an exaggeration to say that the “Great Society” will be President Putin’s ultimate legacy to his people and is long overdue, though the requisite funds probably couldn’t be procured prior to this moment until Russia finally mastered hypersonic missile technology last year and was able to responsibly divert hefty military-industrial funds to socio-economic development projects after reliably ensuring the country’s security from all next-generation conventional threats. That would explain why President Putin unveiled these weapons systems at the tail end of his campaign speech preaching the detailed need for domestic reconstruction in order to not fall behind Russia’s many international competitors in the future, proving to his people that their country can finally afford to focus on this pressing issue.

The implementation of the “Great Society” vision couldn’t have come at a more convenient domestic political time either after the Kremlin’s controversial pension reform plan and the inevitable “come-down” of the post-Crimean patriotic “high” began to hit the government’s approval ratings. Kremlin advisor Vladislav Surkov’s best-intended efforts to recently articulate a lasting ideology that he says will endure after the Russian leader’s final term in office ends in 2024 were met with a rebuttal from popular philosopher Alexander Dugin who predicted that drastic change was inevitable, but both patriotic men’s visions might converge with the planned conclusion of President Putin’s “Great Society” program by that time.

On the one hand, the success of this ambitious initiative would reinforce the political system that President Putin pioneered, while on the other, it would also catalyze far-reaching socio-economic changes after fulfilling Russia’s geostrategic destiny as the “Eurasian Land Bridge”. The end result of the “Great Society” could be a hybrid state heavily influenced by both Surkov and Dugin’s ideas, one which continues the path that President Putin placed it on but also takes it in exciting new domestic and international directions. While it’s impossible to predict with any degree of accuracy what this might look like in practice by that time, one can be sure that Russia will do its utmost to strike the best “balance” between all opportunities. 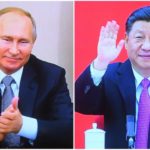 Xi and Putin Make the Case for Win-Win vs. Zero-Sum 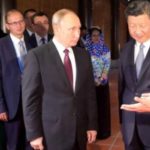 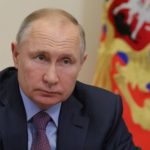 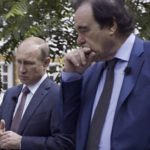