For several centuries China had a monopoly on silk. It was exported along the silk road to Persia and from there to Europe. Silk production was highly profitable. The export of silkworms and their production method was prohibited. in the mid 6-th century two monks made their way from Europe to China and found out how silk was produced. They reported back to the Byzantine emperor Justitian I who induced them to secretly acquire silkworms and to smuggle them back home. The monks managed to do that and soon thereafter the Chinese silk monopoly, and Persia’s monopoly of silk trade with Europe, were no more.

The U.S. fears that China will soon be able to compete with it in computer chip design and fabrication. It is trying to block China from building its own chip factories and Congress even wants to block chip exports to specific Chinese companies. It is race that the U.S. will lose. Technology and the means of producing it inevitably proliferate.

The 5G mobile data networks will use new frequencies and algorithms to deliver gigabit data streams from, to and between mobile devices. This will allow for completely new applications like direct communication between (semi-)autonomous cars at any road crossing. Worldwide a number of companies are working to provide 5G technology. That involves antennas, base stations, new hard- and software in the periphery and in the core telecommunication systems. Main providers of such systems are U.S. companies like Motorola, Qualcomm and Cisco. Others are Ericsson and Samsung. One of the largest one is the Chinese company Huawei.

Currently Huawei is the most advanced company in the 5G field. It started early and invested huge sums into research and development for 5G technology. It owns some 15% of all relevant patents. It is currently the only provider that can deliver an end-to-end solution for 5G networks. As it serves the huge market of China it can produce on a large scale and sell its equipment for less than other companies do. The other dominant telecommunication equipment provider, including those in the United States, are lagging in 5G technology. They did not invest early enough and are now late to deliver.

Instead of investing in faster development and better technology the U.S. is trying to block Huawei from selling its goods. This hurts the development of other countries that want to provide 5G networks to their people.

The U.S. has long pressed its allies not to use Chinese equipment in their phone networks. It falsely claims that Huawei equipment is a security threat.

Australia and New Zealand followed the U.S. order and prohibited the use of Huawei equipment in their 5G networks. The U.S. also tried to press the big European countries to shun Huawei. So far it failed. Germany resisted U.S. pressure to not use Huawei stuff. It fears delays in 5G deployment should it ban Huawei. Yesterday Britain also pushed back:

Britain is able to manage the security risks of using Huawei telecoms equipment and has not seen any evidence of malicious activity by the company, a senior official said on Wednesday, pushing back against U.S. allegations of Chinese state spying.
…
“Our regime is arguably the toughest and most rigorous oversight regime in the world for Huawei,” [Chiaran Martin head of Britain’s National Cyber Security Centre (NCSC), which] is part of Britain’s GCHQ intelligence agency, said at a cybersecurity conference in Brussels.

Asked later whether Washington had presented Britain with any evidence to support its allegations, he told reporters: “I would be obliged to report if there was evidence of malevolence … by Huawei. And we’re yet to have to do that. So I hope that covers it.”

If Britain, a member of the Five Eyes intelligence sharing group, sees no danger in using Huawei then the U.S. has lost the case.

It is likely that Britain’s announcement yesterday prompted this double-pronged U.S. reaction today:

Within the same hour that Donald Trump claimed he wants “fair competition” over new mobile technology, his Secretary of State Mike Pompeo attempted to blackmail U.S. allies into not using Huawei systems:

U.S. Secretary of State Mike Pompeo on Thursday warned that the United States would not be able to partner with or share information with countries that adopt Huawei Technologies Co Ltd systems, citing security concerns.

In an interview on Fox Business Network, Pompeo said nations in Europe and elsewhere need to understand the risks of implementing Huawei’s telecommunications equipment and that when they did, they would ultimately not use the company’s systems.

Pompeo’s thread sounds harsh. It is certainly not in the spirit of “winning through competition” that his boss promotes. It is also useless.

U.S. secret services exchange information with many other countries. The Five Eyes cooperation with Canada, Great Britain, Australia and New Zealand involves a gigantic world wide data acquisition effort known to “collect it all”. The results are shared within the group. U.S. services also exchange data with many other spy services on a more limited base. This includes exchanges even with ‘enemy states’ like Russia or Syria. But these are all two or more sided deals. They are based on give and take. If the U.S. stops providing, for example, information about Islamic State terrorists, others will stop to provide similar information to the United States.

Exchange of intelligence is always done to the advantage of both sides. If the U.S. would stop to provide what it does it would also lose access to the information the counterparts provide. Besides that the use of this or that mobile phone system or technology is irrelevant for exchanging data about security threads. Pompeo’s threat is meaningless and will be rejected.

Huwaei is no more a security threat than any other telecommunication equipment provider. The greatest danger from all of them are quality issues with their code that allows various secret services and other criminals to hack into such equipment. The Snowden files provided that the U.S. regularly hacks into and bugs U.S. provided communication equipment. In 2012 the NSA tried to install an exploit on the Cisco routers that run the central Internet node of Syria. It made an error that ‘bricked’ the routers and cut Syria off the Internet.

Unlike many U.S. companies Huawei gives foreign governments access to the source code for its equipment. It supports special laboratories in Germany, Britain, Singapore and elsewhere, that can inspect and test the code and equipment before its use. It recently announced that it would also open its central 5G development process in China to foreign government inspection.

The only issue that these labs have found so far is that the Chinese programmers at Huawei are as sloppy and error prone as programmers elsewhere are. Their coding is neither more elegant nor of higher quality. The NSA will have little problems hacking into it.

The U.S. attempt to block the deployment of Huawei equipment is obviously made for economic reason. The building of the Internet provided a huge boom to the U.S. telecommunications industry. A move into the 5G markets is supposed to prolong that. Unfortunately U.S. companies dropped the ball. Their leadership wanted to show short term profits and wasted it on share buy backs. The companies invested too little in research and development. Huawei beat them fair and square by being the first to offer the full line of the next generation products.

With hindering Huawei the Trump administration is playing for time so that U.S. companies can catch up. But that is again stupid short term thinking. The real profits in 5G networks will not be made with communication equipment but with the products enabled by it. The U.S. developed the Internet and sold it to the world. Cisco and other hardware manufacturers got rich. But there are also Google and Amazon which became even richer by providing the applications that run on top of the net.

If “the west” delays 5G deployment while China implements it, Chinese companies will have the time advantage to create the products which will run on top of the new global communication layer. It would allow China to incubate the next Google and Amazon like giants before other countries can even test the basic technology. That is the very reason why European countries do not follow the U.S. lead.

It was short term thinking that let the U.S. drop the ball on next generation telecommunications. If it wants to regain the lead it will have to change that attitude. 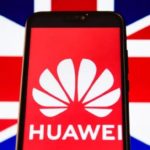 Huawei in the Crosshairs

Why Washington Is Paranoid About Huawei