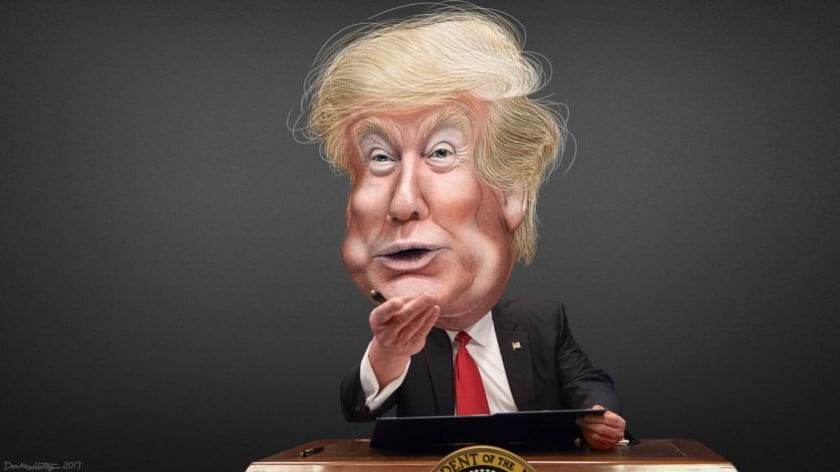 President Trump has recently flown out of Hanoi, having failed to reach any sort of agreement in negotiations with President Kim of North Korea, who went back home by train, with his tail up and wagging — having laid a wreath at the mausoleum commemorating Ho Chi Minh, the Vietnamese leader who led his country’s fight for independence for so many years.

Trump’s aerial departure from Hanoi wasn’t on the same lines as America’s well-publicised flight from Vietnam in April 1975, when the last frantic evacuees were helicoptered out to sea from the US Embassy roof and President Gerald Ford told the American people and the world that after twenty years of hideous conflict, the Vietnam War was “finished as far as America is concerned.”

The exit from Vietnam was a departure of defeat, to be sure, but at least it signalled the end of US wars for a while, at least until Washington’s muscles flexed in 1983 and it invaded the Island of Grenada (population 90,000) because it didn’t like its government and wanted, in the words of President Reagan, “to restore order and democracy.” The UN called the attack “a flagrant violation of international law” and the Security Council tried to stop it, but Washington used its veto to get out of that and then invaded Panama (population 2.3 million) in 1989, with President GHW Bush saying the main reason was “The Panamanian people want democracy, peace, and the chance for a better life in dignity and freedom.”

America’s invasive commitment to democracy and freedom has been reiterated over the years, before and during other wars, notably the catastrophes in Afghanistan, Iraq and Libya, and has been eerily echoed by President Trump’s declaration that he “stands with the people of Venezuela as they demand democracy, human rights, and prosperity denied to them by Maduro” the president who is likely to die like other leaders in the unfortunate countries invaded by the freedom-loving military-industrial state in Washington.

We can’t tell for sure if Donald Trump likes wars quite as much as his predecessors, because as with every other important policy matter he flicks from side to side, leaps backwards and forwards, and thoroughly confuses his country and the rest of the world about his intentions.

As a presidential candidate in 2016, Trump was asked in a TV interview “Have we wasted too much money over the past decade fighting wars? Has that been one of the biggest…” whereupon he interrupted and replied “I don’t mind fighting, but you have got to win and number one, we don’t win wars, we just fight, we just fight. It’s like a big — like you’re vomiting, just fight, fight, fight [laughter from audience]. We don’t win anything. I mean, if you’re going to fight, you win and you get back to rebuilding the country. We don’t win. It’s really a terrible thing. I mean, our country used to win all the time. We don’t win at all anymore.”

The fact that he was voted into power after that piece of aggressive vulgarity is astonishing, but unfortunately it has to be taken seriously, because his statement seems to mean that he would like to show that under his presidency the Washington-Pentagon nexus will have his full backing to “win all the time.”

At the 55th Munich Security Conference, on 16-18 February, the Trump message to the world was not delivered directly, because he was at that time declaring a national emergency back home, stating “We fight wars that are 6,000 miles away, wars that we should have never been in in many cases, but we don’t control our own border. So we are going to confront the national-security crisis on our southern border.” His speech then descended into rambling baloney, but the message was that he couldn’t build a wall along the Mexican border because Congress would not allocate money, so he sent 6,000 troops to the border and announced that the situation merited declaration of a National Emergency. Little wonder that when his vice president told his Munich audience that Trump was a great man, there was a degree of shock. As the Washington Post reported, German Chancellor Merkel “was followed to the podium by Vice President Pence, who was met with only tepid applause — and some incredulous looks — when he proclaimed Trump “the leader of the free world.”

Governments rolled their collective eyes at Pence’s Cold War reference to “free world”, but the declaration was even more bizarre than being old-fashioned malevolent jab at Russia, because many of Washington’s closest allies could not possibly be referred to as “free”. At the time of the Trump and Pence performances a UK Parliamentary panel was reported as stating that “Female activists in Saudi Arabia are being detained in cruel and inhumane conditions that could be classified as torture under both international and Saudi law”, a few days after Human Rights Watch observed that “Saudi Arabia stands out for its extraordinarily high levels of repression.”

But President Trump will not invade Saudi Arabia over human rights or anything else. Unfortunately he might decide to commit troops elsewhere, like Iran or Venezuela, if only to overcome his failure at the Hanoi talks and his puerile tomfoolery concerning the State of Emergency. Like all narcissists he craves approval and, above all, admiration. It is essential for him that his malevolence and arrogance are recognised as superiority, and there are few better means for a political leader to do this than by demonstrating military virility.

Trump’s pronouncement that “We fight wars that are 6,000 miles away, wars that we should have never been in in many cases…” is compelling in some ways, not the least being the mention of distance, as Venezuela is only 1300 miles from Miami . But his reasons for withdrawing from these conflicts are not based on international law or concern for human rights — he’s doing it because he thinks it proves him to be a better leader than his presidential predecessors.

The only reason Trump would not engage in yet another catastrophic war is that such action might reflect badly on him. If he imagines there would be instant acclamation, gales of approving publicity, and an opportunity to strut the world stage as a knight in shining armour, then there will be a war somewhere.

On March 2, he gave a speech at the Conservative Political Action Conference in Maryland, and was reported as having basked in adulation when he said “You know I’m totally off script right now and this is how I got elected, by being off script. And if we don’t go off script, our country’s in big trouble, folks, because we have to get it back.”

The President of the United States likes being “off script” which means he prefers to make up speeches as he goes along (as was painfully obvious during his ludicrous “national emergency” harangue) but his public avowal to continue being off-script goes further than that, because it means his actions and not just his words will continue to be unplanned.

Trump is not only narcissistic, blustering and foul-mouthed, he is a malevolent, poisonous posturer with a sense of neither decency nor moderation. War, to him, is merely another international venture whose success is gauged by his approval ratings.

The whole word, and not just Iran and Venezuela, should be prepared for the next erratic foray, because there is little doubt that the world is closer to war with Trump in the White House. 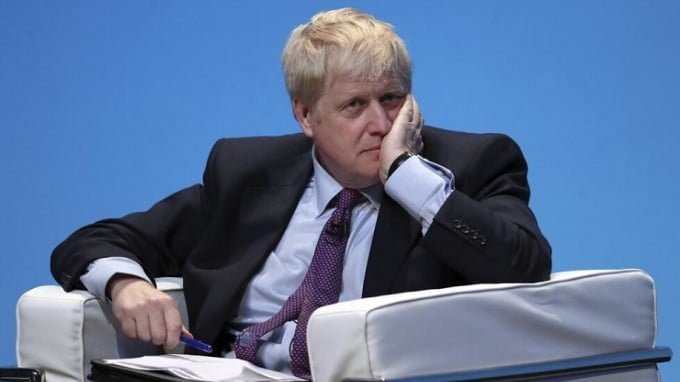 Based on news reports and political commentary in the UK, at present, the country is experiencing a full-blown crisis, and it remains unclear how it plans to resolve it. The outcome of negotiations on the future EU-UK relationship after Britain exited the European Union is uncertain. It is possible that a deal will not be… 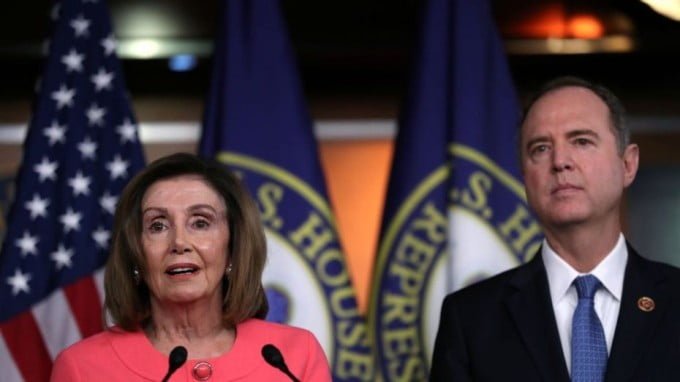 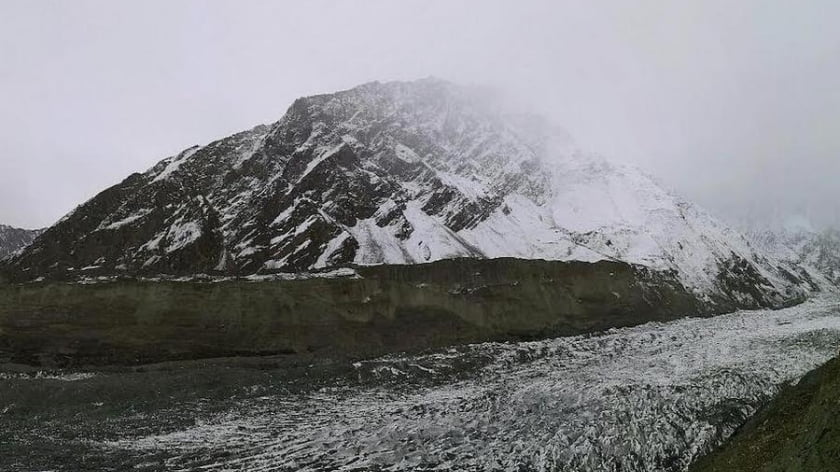 There was no official leak, but this must have been discussed when Presidents Xi Jinping and Emmanuel Macron met last week in Paris. After all, Macron has been posing as a staunch defender of the environment and the self-attributed MC of the Paris Agreement on Climate Change. It’s certainly not being discussed as part of…