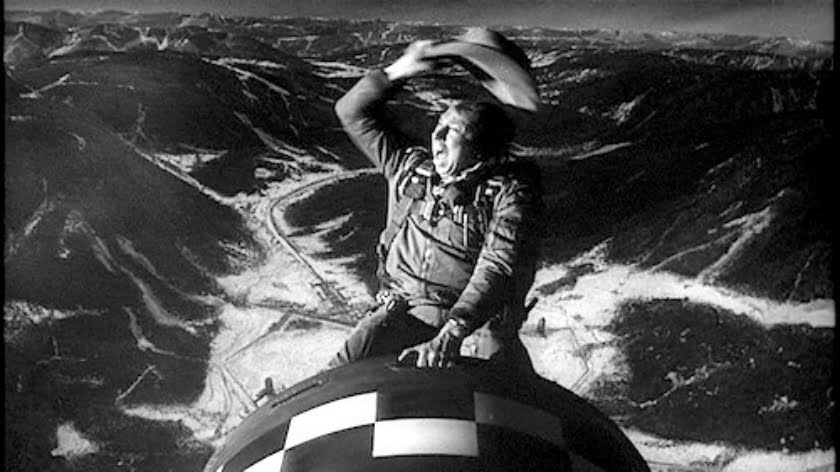 “He said he absolutely did not meddle in our election. He did not do what they are saying he did.” – President Trump re Russian President Vladimir Putin after their meeting in Vietnam. [Washington Post, Nov.e 12, 2017]

Putin later added that he knew “absolutely nothing” about Russian contacts with Trump campaign officials. “They can do what they want, looking for some sensation. But there are no sensations.”

Numerous U.S. intelligence agencies have said otherwise. Former Director of National Intelligence, James Clapper, responded to Trump’s remarks by declaring: “The president was given clear and indisputable evidence that Russia interfered in the election.”

As we’ll see below, there isn’t too much of the “clear and indisputable” stuff. And this of course is the same James Clapper who made an admittedly false statement to Congress in March 2013, when he responded, “No, sir” and “not wittingly” to a question about whether the National Security Agency was collecting “any type of data at all” on millions of Americans. Lies don’t usually come in any size larger than that.

Virtually every member of Congress who has publicly stated a position on the issue has criticized Russia for interfering in the 2016 American presidential election. And it would be very difficult to find a member of the mainstream media who has questioned this thesis.

What is the poor consumer of news to make of these gross contradictions? Here are some things to keep in mind:

How do we know that the tweets and advertisements “sent by Russians” -– those presented as attempts to sway the vote -– were actually sent by Russians? The Veteran Intelligence Professionals for Sanity (VIPS), composed of National Security Agency and CIA veterans, recently declared that the CIA knows how to disguise the origin of emails and tweets. The Washington Post has as well reported that Twitter “makes it easy for users to hide their true identities.” [Washington Post, Oct. 10, 2017]

Even if these communications were actually sent from Russia, how do we know that they came from the Russian government, and not from any of the other 144.3 million residents of Russia?

Even if they were sent by the Russian government, we have to ask: Why would they do that? Do the Russians think the United States is a Third World, under-developed, backward Banana Republic easily influenced and moved by a bunch of simple condemnations of the plight of blacks in America and the Clinton “dynasty”? Or clichéd statements about other controversial issues, such as gun rights and immigration? If so, many Democratic and Republican officials would love to know the secret of the Russians’ method. Consider also that Facebook has stated that 90 percent of the alleged-Russian-bought content that ran on its network did not even mention Trump or Clinton. [Washington Post, Nov. 15, 2017]

On top of all this is the complete absence of even the charge, much less with any supporting evidence, of Russian interference in the actual voting or counting of votes.

After his remark suggesting he believed Putin’s assertion that there had been no Russian meddling in the election, Trump – of course, as usual – attempted to backtrack and distance himself from his words after drawing criticism at home; while James Clapper declared: “The fact the president of the United States would take Putin at his word over that of the intelligence community is quite simply unconscionable.” [Reuters, Nov. 12, 2017]

Given Clapper’s large-size lie referred to above, can Trump be faulted for being skeptical of the intelligence community’s Holy Writ? Purposeful lies of the intelligence community during the first Cold War were legendary, many hailed as brilliant tactics when later revealed. The CIA, for example, had phony articles and editorials planted in foreign newspapers (real Fake News), made sex films of target subjects caught in flagrante delicto who had been lured to Agency safe houses by female agents, had Communist embassy personnel expelled because of phony CIA documents, and much more.

A Case or Not?

So … Do the Cold Warriors have a case to make or do they not? Or do they just want us to remember that the Russkis are bad? So it goes.

An organization in Czechoslovakia with the self-appointed name of European Values has produced a lengthy report entitled “The Kremlin’s Platform for ‘Useful Idiots’ in the West: An Overview of RT’s Editorial Strategy and Evidence of Impact.” It includes a long list of people who have appeared on the Russian-owned TV station RT (formerly Russia Today), which can be seen in the U.S., the U.K. and other countries. Those who’ve been guests on RT are the “idiots” useful to Moscow. (The list is not complete. I’ve been on RT about five times, but I’m not listed. Where is my Idiot Badge?)

RT’s YouTube channel has more than two million followers and claims to be the “most-watched news network” on the video site. Its Facebook page has more than 4 million likes and followers. Can this explain why the powers-that-be forget about a thing called freedom-of-speech and treat the station like an enemy? The U.S. government recently forced RT America to register as a foreign agent and has cut off the station’s Congressional press credentials.

The Cold War strategist, George Kennan, wrote prophetically: “Were the Soviet Union to sink tomorrow under the waters of the ocean, the American military-industrial establishment would have to go on, substantially unchanged, until some other adversary could be invented. Anything else would be an unacceptable shock to the American economy.”

Writer John Wight has described the new Cold War as being “in response to Russia’s recovery from the demise of the Soviet Union and the failed attempt to turn the country into a wholly owned subsidiary of Washington via the imposition of free market economic shock treatment thereafter.”

So let’s see what other brilliance the New Cold War brings us. … Ah yes, another headline in the Post (Nov. 18, 2017): “British alarm rising over possible Russian meddling in Brexit.” Of course, why else would the British people have voted to leave the European Union? But wait a moment, again, one of the British researchers behind the report “said that the accounts they analyzed – which claimed Russian as their language when they were set up but tweeted in English – posted a mixture of pro-‘leave’ and pro-‘remain’ messages regarding Brexit. Commentators have said that the goal may simply have been to sow discord and division in society.”

Was there ever a time when the Post would have been embarrassed to be so openly, amateurishly biased about Russia? Perhaps during the few years between the two Cold Wars.

NOTE: It should be remembered that the worst consequences of anti-communism were not those discussed above. The worst consequences, the ultra-criminal consequences, were the abominable death, destruction, and violation of human rights that we know under various names: Vietnam, Chile, Korea, Guatemala, Cambodia, Indonesia, Brazil, Greece, Afghanistan, El Salvador, and many others. 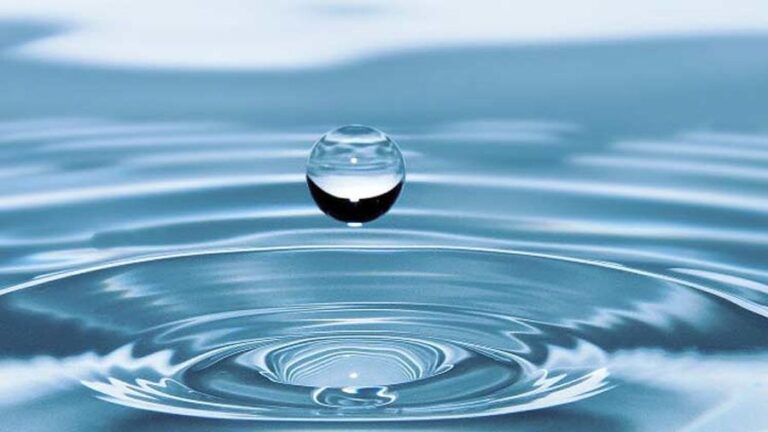 Lack of fresh water is now a global crisis. Water shortages mean food shortages, with hunger creating death tolls substantially exceeding those of the current Covid-19 crisis. According to the United Nations, some 800 million people are without clean water, and 40% of the world’s population is impacted by drought. By one measure, almost 100 percent of the… 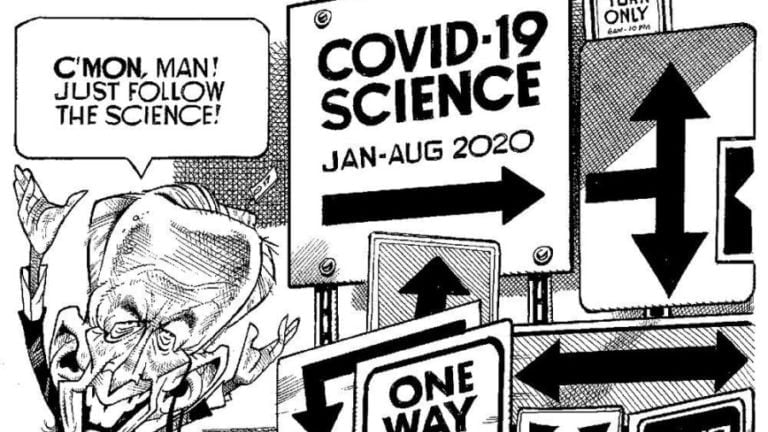 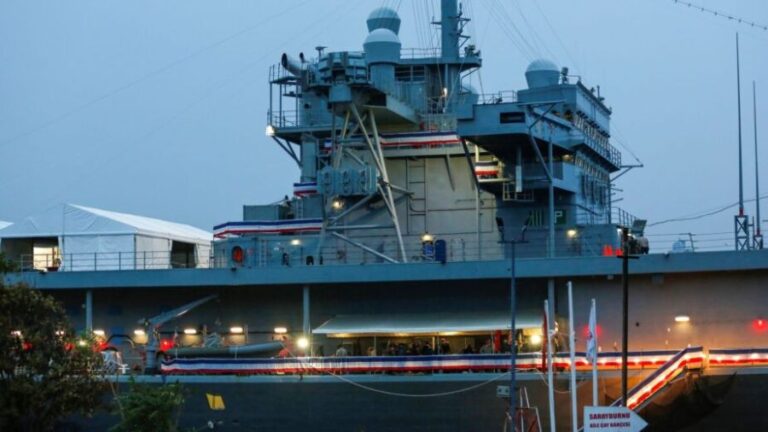 There is something of the theater of absurd in American and European posturing. But it’s far from funny. It’s menacingly deranged. The United States Secretary of Defense Lloyd Austin this week performed impressive, albeit pathetic, mental gymnastics. In a press conference, the Pentagon chief called on Russia to be more transparent about troop movements “on…