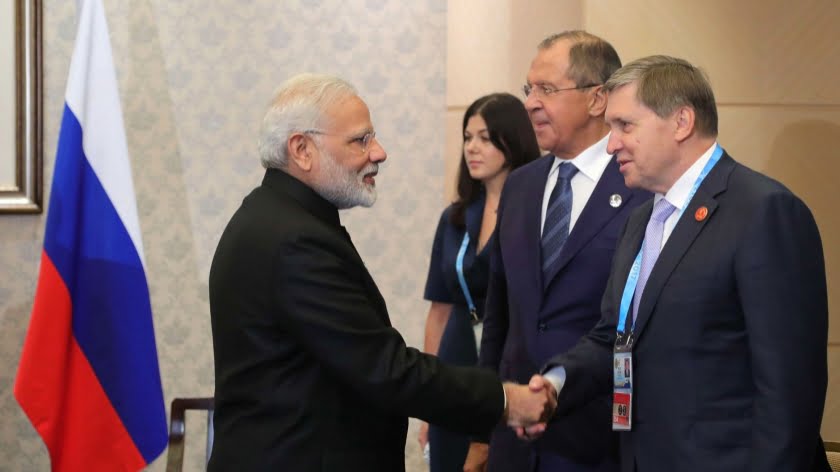 Leading Indian security expert Vinay Kaura alleged a far-fetched Russian-Pakistani plot in his latest op-ed for the popular Firstpost online information outlet, strongly implying that Russia taught Pakistan how to conduct Hybrid Warfare against India in exchange for Islamabad teaching it how to wage proxy warfare against the US in Syria, with this bizarre theory saying a lot more about the Indian elite’s paranoid suspicions of the Russian-Pakistani Strategic Partnership than reflecting any objective truths.

A Strange Op-Ed From A Serious Expert

A very strange op-ed was just published in the popular Firstpost online information outlet by Vinay Kaura, a leading Indian security expert whose extensive resume lists him as an Assistant Professor at the Department of International Affairs and Security Studies at Sardar Patel University of Police, Security and Criminal Justice in Rajasthan; Coordinator at the Centre for Peace and Conflict Studies in Jaipur; and a contributor to India’s prestigious Observer Research Foundation and the equally influential Begin-Sadat Center for Strategic Studies in “Israel”, et al. Mr. Kaura therefore isn’t a standard run-of-the-mill tabloid writer but a highly respected force in India’s strategic community whose words carry heavy weight with its military, intelligence, and diplomatic bureaucracies (“deep state”), which makes his latest article about how “Russia’s rush of affection for Pakistan could rejig South Asia equation, will discomfit New Delhi” extremely relevant to analyze in order to intuit how the Indian authorities regard the fast-moving Russian-Pakistani Strategic Partnership.

As a background briefing into the strategic context that preceded his piece, Russia’s recent “Return to South Asia” was marked by its public willingness to mediate between India and Pakistan following their latest outbreak of tensions, which saw the Indian Ambassador to Russia rebuff his host’s peacemaking initiative on a flimsy basis that was later proven to have been a lie. Seeing as how Lavrov earlier voiced concern that India might try to “contain” China at its new US’ patron’s behest through the “Indo-Pacific” concept, it’s not surprising that the Russian Foreign Ministry “diplomatically criticized” India’s latest anti-satellite missile test and blamed the country’s American ally for creating the international conditions whereby New Delhi felt encouraged to take this strategically destabilizing step. Russian-Indian relations have therefore been undergoing an unprecedented change over the past few years that accelerated after Pakistan gave India a “bloody nose” and revealed it to have been the real “rogue state” all along.

Returning back to Mr. Kaura’s article, he began by talking about the positive outcomes of the Pakistan-Russia Consultative Group on Strategic Stability’s latest meeting, which he evidently regarded as threatening to India’s interests. Instead of elaborating on them, however, he immediately shifted to talking about his theory that Russia and Pakistan have supposedly been teaching each other HybridWarfare and proxy warfare techniques, respectively. He claimed that Pakistan’s victory in the latest clashes with India – which former Indian Lieutenant General Syed Ata Hasnain begrudgingly acknowledged last week when speaking to a British think tank – can be traced to the Kremlin’s “art of information warfare and propaganda” that it “successfully implemented…in the 2016 American presidential election…(and) has since been using similar tactics in various West European countries.” Mr. Kaura therefore broke a major Indian political taboo by publicly backing the US “deep state’s” claims about Russia’s purportedly pernicious global information influence, but that’s not all that he did.

The esteemed expert went even further by claiming that Russia’s Wagner mercenary group picked up a few tricks from Pakistan about how to fight proxy warfare against the US, pointing to the February 2018 Deir ez-Zor incident in Syria as supposed proof of this. Furthermore, he directly asserted that “It would not be an exaggeration if the Wagner group is compared with the Taliban, the Haqqani Network, the LeT and the JeM”, all of which are legally designated as terrorist groups by Moscow. The author is therefore obviously implying that Russia is playing the same “double game” with terror that India regularly accuses Pakistan of doing, which speaks to the growing trust deficit in Russian-Indian relations that Valdai Club programme director Mr. Oleg Barabanov attributed to the Indian strategic community’s zero-sum mindset that he touched upon in his recent piece about “Russia and the Search for Balance Between India and Pakistan”.

“Multi-Alignment For Me, But Not For Thee”

What makes Mr. Kaura’s op-ed so bizarre is that one would have expected a noted expert such as him to have been aware of Russia and Pakistan’s repeated assurances to the rest of the world that their fast-moving strategic relations aren’t aimed against any third party. Instead of remaining calm, he overreacted to this development by concocting a far-fetched theory about hybrid-proxy plots that he ominously hinted will only get worse after concluding his piece by reminding the reader of the recent agreement for Russia to train Pakistani military personnel. A lot can certainly be intuited about the paranoid attitude that the Indian “deep state” has towards those two Great Powers’ expanding ties with one another from his sharp words and hostile innuendo, but the most glaring point that can be made is that it’s exceptionally hypocritical for New Delhi to tout its own policy of “multi-alignment” with the US while denying Moscow the right to practice the same with Pakistan.

Few objective observers would agree with Mr. Kaura’s claims that Russia and Pakistan have been teaching each other Hybrid Warfare and proxy warfare techniques for use against their partner’s American and Indian rivals, respectively, but the value of his latest piece derives from the fact that it offers the clearest indication yet of what how the Indian “deep state” regards the Russian-Pakistani Strategic Partnership. The purpose of his op-ed seems to have been to rile the Indian public up against Russia and therefore get them to support their government’s pro-American pivot, particularly in the military sphere that will undoubtedly come at Moscow’s expense. Mr. Kaura’s article can also be interpreted as virtue signaling fealty to India’s new American patron by parroting the US’ Hybrid War accusations against Russia and then taking them to a new low by strongly implying that the country is a state sponsor of terrorism after comparing the Wager group to organizations that Moscow itself officially regards as terrorists. 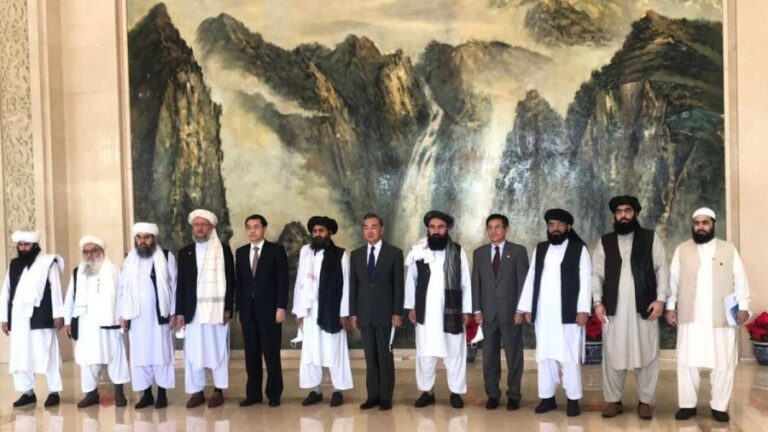 So this is the way the Forever War in Afghanistan ends – if one could call it an ending. Rather, it’s an American repositioning. Regardless, after two decades of death and destruction and untold trillions of dollars, we’re faced not with a bang – and not with a whimper, either – but rather with a…

[This piece has been adapted and expanded from Alfred W. McCoy’s new book, In the Shadows of the American Century: The Rise and Decline of U.S. Global Power.] Not quite a century ago, on January 7, 1929, newspaper readers across America were captivated by a brand-new comic strip, Buck Rogers in the 25th Century. It… 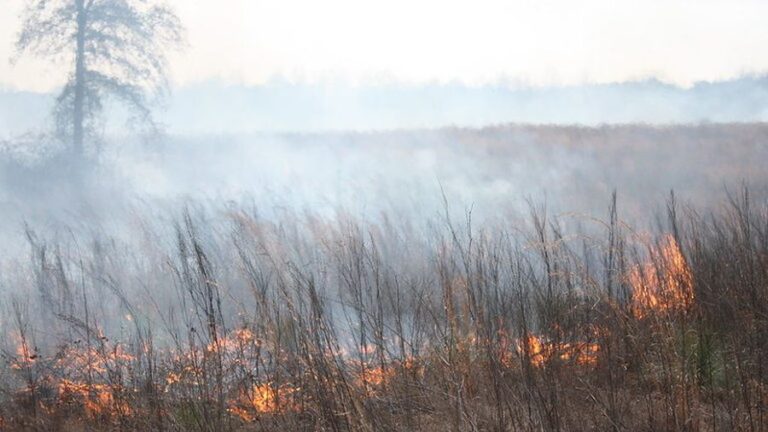 Let me start 2023 with a glance back at a December news moment that caught my eye. To do so, however, I have to offer a bit of explanation. First, the obvious: I’m an old guy and, though I spend significant parts of any day scrolling through endless websites covering aspects of our ever-changing world,… 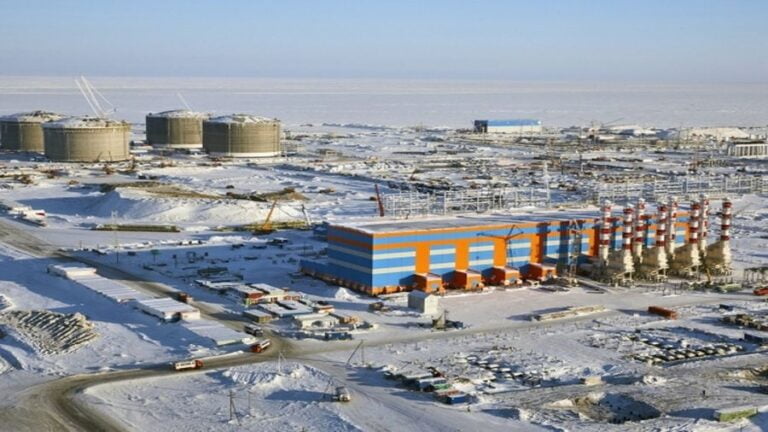 India is taking baby steps toward green energy. Two of India’s biggest business houses are spearheading it — Adani and Ambani groups. India has made several ambitious commitments at the Glasgow climate summit and two key pledges were that India’s non-fossil energy capacity will reach 500 GW by 2030 and the country will transition to…