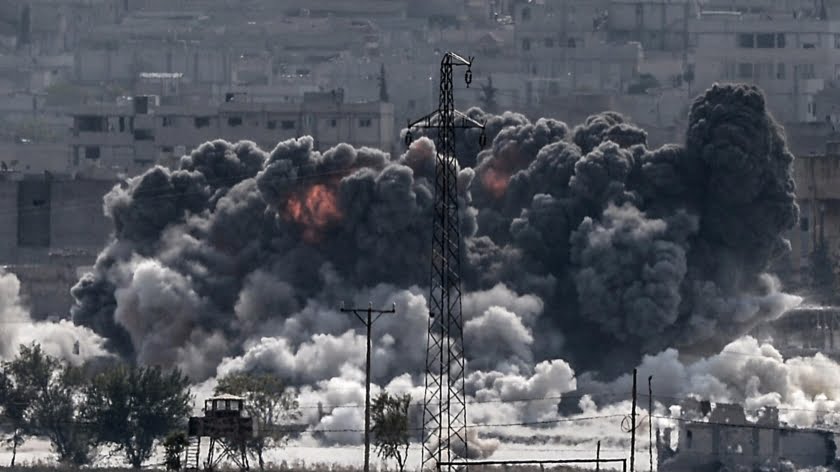 The moment the 54-year-old walks up to the car, it is obvious something is terribly wrong. The way he drags his feet, then stamps them on the ground and marches forward like a toy soldier, head lowered; then the way he looks up at you from beneath dark brows, in both greeting and concern. Taamy Wahab Mohamed al-Yasaari should have returned from the Isis battlefront to a land fit for heroes.

For the Shia Muslims of southern Iraq, he counts among the heroes. When I ask him when he was wounded, he looks and stares at the wall in a distressed way, dark eyes framed by thick black hair but white beard. “Several times I was wounded,” al-Yasaari says. And you can tell that the bullets and shrapnel have framed a diary in his mind. “On 28 April 2015 at Bayji, on 3 July 2015, again at Bayji, on 5 May 2016 on the Makhoul mountains near Tikrit, then on 3 July 2017 at Khalidiya in Anbar province.” It was the last wound which did for him.

“I was leading a company of the Ali Akbar brigade into an attack on the enemy, and an Isis sniper shot me in the head. His bullet hit me in the back of the brain.” And here al-Yasaari puts his left hand to the back of his head. “I lost part of my skull and words are very difficult for me now. My memories are very difficult. I regret nothing. I followed the fatwa of our leader [ayatollah Ali al-Sistani]. Look, here are my wounds.”

And the staring eyes of al-Yasaari look at me as he rolls up his trousers to show scars and great searing cuts across his legs. There is a terrible mark on his calf, as if someone has sawed away at the flesh. He had paid the price of following Sistani’s fatwa – to fight a “defensive war” against Isis after the Islamist capture of Mosul in 2014 – and it is clear that today he thinks of little else.

He is still dressed in military uniform, constantly stretching his legs in pain, and in the little “diwaniya” reception room of his home on the outskirts of Kerbala there is a display of coloured photographs of a smiling, younger al-Yasaari, arms round friends at the war front, one of the pictures showing him firing a rocket-propelled grenade. He keeps looking at a camera video of the same scene. He lives in his own war museum.

“I thought I was dead,” he says. “So did my comrades. The back of my head was blown away. They called my brother Jassem, and said to him, ‘Your brother has been martyred’. Jassem asked them, ‘Are you sure?’ They said, ‘What do you expect us to say – he was shot in the head!’ I was left for dead but two hours later they noticed my pulse. Jassem was asking if he could come and get me but they said the fighting was too bad.

“Eventually, they got me onto a helicopter and to the Kadimiyeh hospital [in Baghdad]. Then they took me to a Kerbala hospital where an Indian and Iraqi doctor told me that I had to sign an indemnity for an operation – because there was only a 1 per cent chance of success. The bones at the back of my brain had to be taken out and replaced with titanium. There were no more bones behind my brain. I signed.”

Incredibly, al-Yasaari asked to return to the battle until another holy fatwa was given to leave, because “I had to be with my comrades, even if I have to clean the lavatories to be with them”. He was not granted his wish, but instead driven to his tiny house with its palm tree in the drive, receiving financial help from the Imam Hussein Holy Shrine group, a Shia organisation, as well as a pittance from the government. Suddenly, he stands up and begins stomping up and down the little room, a toy soldier again. “He does not change,” one of his relatives says.

“The Daesh [Isis] were all brainwashed – all of them,” he shouts. “Saudis, Chechens, Turks, yes, there were Iraqis too. Their Islamist beliefs are corrupted by something that comes from the time before Islam – from the time of the ‘jahaliya’, the time of ‘ignorance’ before the Prophet. They want to push us back to that.”

Al-Yasaari knew who his enemies were. And his friends. But – and this is a common theme in the Shia south of Iraq – does his government care enough for him? The men of the Shia militias who helped to rescue the Iraqi government army as Isis advanced on Baghdad complain bitterly that their government cares little for them, that the most many families of “martyrs” received is a patch of land far away from the rivers of Iraq where nothing would grow.

All armies expect to return from victory to be greeted as heroes. The British failure to keep that promise to the veterans of the First World War led to massive social upheaval. The families of the dead expect that their men will be forever honoured.

Abbas Saadi lost his 23-year old son Maher on 7 July 2015, at the same battle of Bayji where Al-Yasaari was wounded for the second time four days earlier. “I received a call from him 15 minutes before he was killed,” Abbas Saadi says. “We talked a lot on the phone. I said I missed him. He was a waiter in a local restaurant before he joined the ‘Hashd al-Shaabi’ [the ‘Popular Army’]. Every time he came home on leave, he said he was sorry he had not been martyred on the battlefield.”

If you do not know the Shia history of martyrdom, of the Imams Ali and Hussein and of Abbas on the eight century fields around where the golden shrines of Kerbala and Najaf now stand, it is tempting to dismiss such remarks. What First World War soldier returned on leave to express his hope for death? But many returned willingly to the trenches, and their gravestones spoke – though we might not believe it – of “giving their lives”. So I ask Abbas Saadi about Maher with some trepidation: was it worth it?

“We are not regretting his death – because he was following the fatwa,” he replies slowly. “We don’t feel sorry. The fatwa was for all Iraqis.” I thought of the word “duty” – in the British military sense – although Maher’s death was curiously prosaic. “There was a lull in the battle and he went to get some food. He was bringing a watermelon when an Isis sniper shot him in the chest, just to the left of his heart. He was pronounced dead after 10 minutes.”

And Abbas Saadi bewailed his lack of funds. The government, he says, has done little to compensate him for his son. “They were supposed to give us a piece of land,” he says. “But the one we got was in the desert, there was nothing there, just sand. The Iranians look after their martyrs’ families [from the 1980-88 Iran-Iraq war]. The holy shrine people look after us. But when we are in Baghdad and go to government offices and produce the papers showing our loss, they just tell us to put it back in our pocket.”

This is said in a slow, disturbing way. And the message is clear. If Iraq is to be unified, all who fought against its Islamist enemies must be respected – by Sunnis and Shias alike – especially since those enemies were Sunnis. But politics runs faster than memory, and Iraq is not yet a land fit for all its heroes.

By Robert Fisk
Source: The Independent, 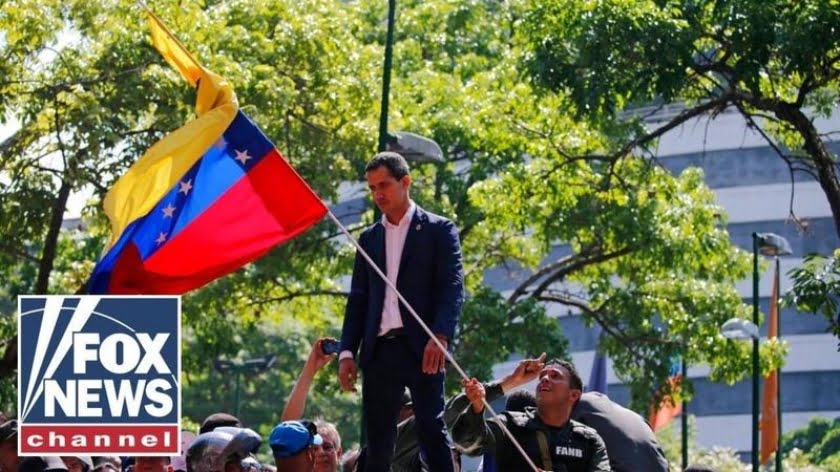 On Fox News Channel’s May 2nd edition of “The Story with Martha MacCallum” was alleged, by the program host (at 2:45 in this video), that one reason we must invade Venezuela (if we will) is that “People have lost 24 pounds” there. So (her point was), if we invade, that’s not evil, it’s no coup, but… 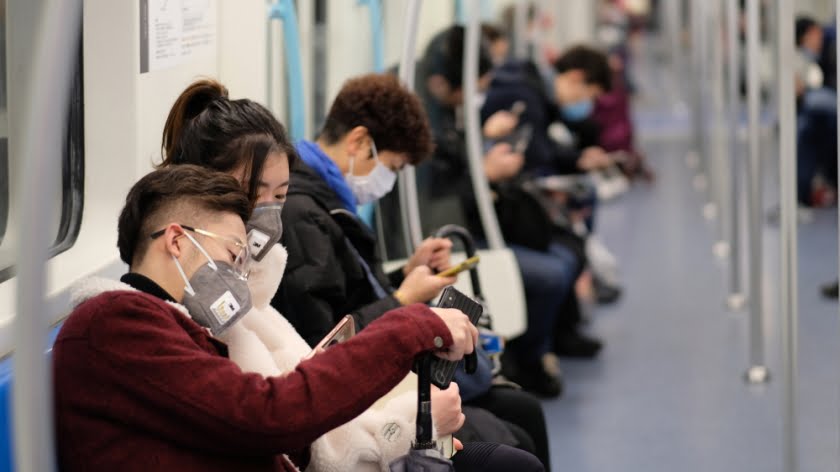 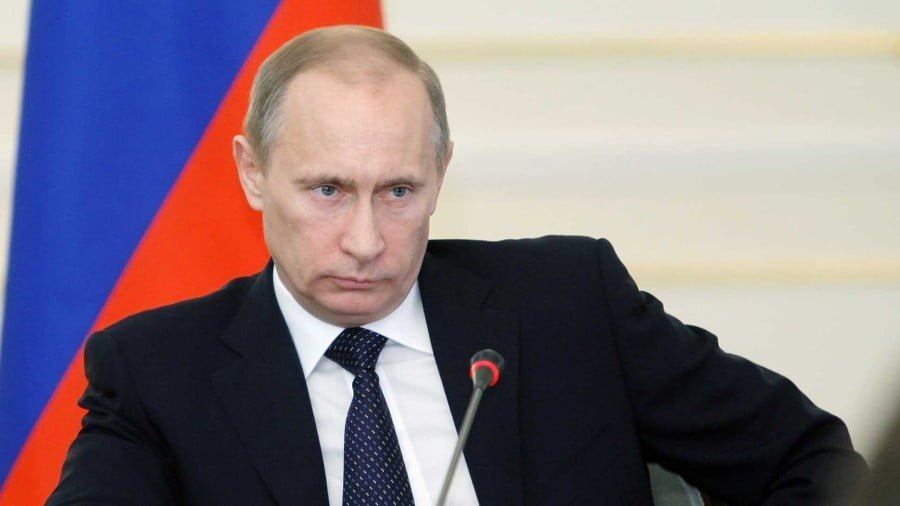