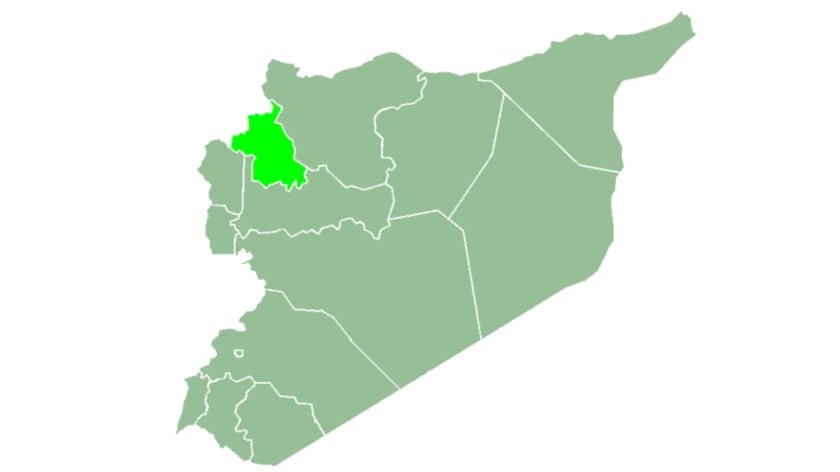 The so-called “Turkistan Islamic Party”, the Syrian branch of the Uighur-led terrorist group previously known as the “East Turkestan Islamic Movement”, threatened to deal Russia a defeat akin to the one that its Soviet predecessor experienced in Afghanistan, demonstrating the transnational danger that this group has become and consequently explaining why Turkey needs to take decisive action against these terrorists that are operating in its Syrian “sphere of influence”.

Tens of thousands of foreign jihadists flocked to Syria during the height of “Daesh’s” caliphate and the Arab Republic’s descent into failed state status, with many of them still remaining in the country despite the dramatic military reversal that occurred since then following Russia’s decisive anti-terrorist intervention in late 2015. Nowadays these terrorists are mostly concentrated in the northwestern province of Idlib that falls within Turkey’s informal “sphere of influence” per its responsibilities in what is euphemistically described as this “de-escalation zone”, but Ankara has been unable to wield much control over the region. As a result, a new transnational security threat is growing, and that’s the one posed by the Uighur-led terrorist group previously known as the “East Turkestan Islamic Movement” (ETIM). Its Syrian branch, the so-called “Turkistan Islamic Party” (TIP), recently released a video threatening to deal Russia a defeat akin to the one that its Soviet predecessor experienced in Afghanistan.

From Afghanistan To Syria

It’s no secret that at least several thousand Uighur terrorists have been in Syria for the past few years, but their brazen threat against Russia is an unexpected escalation that also reveals a newfound confidence. The danger that they pose to Russian forces might have also explained one of the reasons for the latest anti-terrorist incursion in Idlib, too, but it also more importantly speaks to the transnational threat of terrorism across the entire Eurasian space. Back when it was still the ETIM, the group traveled to nearby Afghanistan to train for its militant anti-Chinese jihad, but the organization has since set up base in Syria and rebranded itself as the TIP after coming under attack by the Kabul authorities. It’s in this second-mentioned theater that it received the most hands-on training but also faces the greatest risks because Russia is much better equipped than the Afghan National Army is to destroy any terrorists in its official zone of military operations, especially after recently being threatened by them.

Curiously, Russia just announced a unilateral ceasefire in Idlib, though the reason for this likely had to do with a combination of humanitarian and political concerns. TIP is known to embed its fighters in civilian areas, therefore greatly raising the risk of civilian casualties with each targeted bombing. In addition, since Idlib is within Turkey’s “sphere of influence”, the anti-terrorist operation there is politically sensitive for the Russian-Turkish Strategic Partnership. It’s not that Turkey supports terrorism, but just that it wants to retain influence in this region and possibly enshrine its de-facto autonomy into the forthcoming Syrian constitution, something that it won’t be able to do if the Syrian Arab Army successfully liberates it before then. Instead, it can be understood that Russia was sending Turkey a signal that it needs to take care of the situation as soon as possible otherwise Moscow won’t have any choice but to continue its anti-terrorist bombings there.

Whether by coincidence or not, China just once again called on Turkey to support its anti-terrorist campaign in Xinjiang, something that Ankara has been reluctant to do for several self-interested reasons. The timing is interesting because it could also be interpreted as China hinting that Turkey needs to also take decisive action against TIP’s “safe havens” in its “sphere of influence”, which becomes all the more pressing to do after the terrorist group just threatened Russian forces. That might be the proverbial straw that breaks the camel’s back, but Turkey would nevertheless need to proceed with caution for self-evident military reasons but also sensitive political ones as well, seeing as how it’s regarded as the unofficial torchbearer of the pan-Turkish cause that the TIP also claims to be fighting for. Moving against the group might be seen as “betraying” this influential soft power ideal unless Turkey preemptively controls the narrative and makes it clear that it will not tolerate any organization that uses terrorism to advance this goal.

The Path To Peace

Turkey has the right to practice whatever policies its decision makers choose, but it would be wise to unambiguously distance itself from Uighur terrorists even if it decides to continue raising concerns about this ethnic group’s alleged treatment at the hands of the Chinese authorities. Transforming words into actions and physically eradicating Uighur terrorists in Idlib would go a long way towards showing how seriously Turkey takes its Chinese and Russian partners’ security, as well as maturely demonstrating that there are red lines that it won’t allow others within its “sphere of influence” to cross in pursuit of the pan-Turkish cause. As the kinetic military phase of the Hybrid War of Terror on Syria winds down and is replaced by its emerging non-kinetic political one, Idlib still stands out as the festering wound that’s holding the country back from a “compromise” solution, but the path to peace could be pioneered by Turkey if it takes action against the many terrorist groups there, especially the Uighur-led one that just threatened Russia.