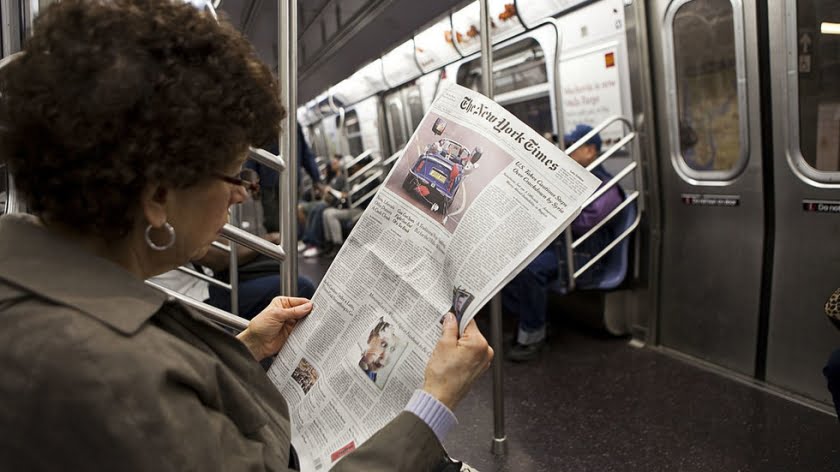 The way the mainstream media tells it, the United States never, ever ends up embroiled in wars and military conflicts on purpose — only ever by mistake, or as a result of things like ‘bad planning’ or ‘strategic missteps’.

Very often when media coverage of war is analysed, there is a focus on how hawkish pundits cheerlead for conflict and journalists parrot official narratives while dissenting voices are drowned out. Mainstream networks, for example, have been heavily criticized by media watchdogs for almost exclusively inviting pro-war guests and ex-military hawks onto their news shows to convince Americans that war is the only reasonable course of action, while refusing to let anti-war commentators get a look in.

But there is another more subtle and unnoticeable way that the media deceives us. Even when they are not outright cheerleading for military action (as was the case in the lead up to the Iraq War), the language they use to describe events is designed to absolve Washington of blame.

Next time you read the news, notice how the US is always “stumbling into” war, or “drifting into” war or “sliding into” war — or even “sleepwalking into” war. To “stumble into” war seems to be a firm favorite among headline writers. The US has “stumbled” into war in Iraq and Syria and has been, at one time or another, at risk of “stumbling” into war with Russia, North Korea and most recently Iran.

According to these headlines, the US has also been “dragged into” (CNN) and “sucked into” (NI ) war in Syria and Afghanistan, twice (NI, The Times ). In recent weeks, the Trump administration has been “sliding into” (AP ) a potential “accidental” war with Iran — and back in 2017, it was “dragged into” (FP ) the disastrous Yemen conflict.

The examples of the US stumbling, blundering and bumbling its way into wars are endless — and it does raise a question that no one ever seems to ask: If it’s so easy to trip and fall into massive never-ending wars, why isn’t it happening to everyone else? Is Washington just especially clumsy?

With this narrative of the bumbling superpower, agency is always removed from the architects of war. Instead of enthusiastically banging the drums for war, we’re told the White House is always ‘reluctant’ to deploy its military, but is ‘forced’ into it . Then, once the war is in full-swing, when things are not panning out exactly as planned, the US can become the sacrificial hero, propelled into a deadly conflict not of its own making.

A recent headline in the Miami Herald framed recent US actions on Venezuela as the US being “pushed to act.” Pushed by who? The Trump administration voluntarily helped organize and instigate the attempted coups that worsened the country’s political crisis and proudly imposed the economic sanctions which have led directly to thousands of premature deaths. There was no “pushing” involved.

In April, Foreign Policy magazine even had Venezuela’s self-declared interim president Juan Guaido “stumbling toward a coup.” How do you stumble into a military coup? Surely that’s the kind of thing that requires careful, deliberate planning and execution? The Washington Post had Trump “fumbling” an uprising in Caracas, too.

It’s not just media pundits and journalists who employ this kind of misleading language, either. British Foreign Secretary Jeremy Hunt said this week that a US war with Iran could happen “by accident.” Did Hunt take a vacation from reality and miss US Secretary of State Mike Pompeo and National Security Advisor John Bolton ramping up war rhetoric against Iran for months? Maybe Trump abandoned the 2015 Iran nuclear deal by accident and sent an aircraft carrier and bomber task force into the Persian Gulf last week to “send a message” to Iran by mistake.

Such framing obscures basic facts about Washington’s motives and predilection toward military conflict over diplomacy. Washington doesn’t get into wars by mistake. Unless a country is directly attacked, threatened or occupied, wars are quite easy to avoid getting into if you really don’t want to be in them — but the hawks in Washington, no matter how much they pretend to not want war, are always itching for more and they will stop at nothing to get what they want, even if that means fabricating evidence (as in Iraq) or pulling off false flag attacks to use as convenient pretexts for the US to ‘respond’ to.

US military actions are designed specifically to provoke the conflicts that they believe will be of benefit to their overall geopolitical strategy. Talk of freedom, democracy and human rights are just a convenient cover. Washington is never at risk, for example, of stumbling into war with Saudi Arabia, despite Riyadh’s laundry list of crimes against humanity.

Whether this propagandistic language is always employed in a totally conscious way or not, it’s difficult to tell. Either way, it’s a psychological trick which frames the most powerful, military-minded and trigger-happy country in the world as some kind of innocent victim of events beyond its control. 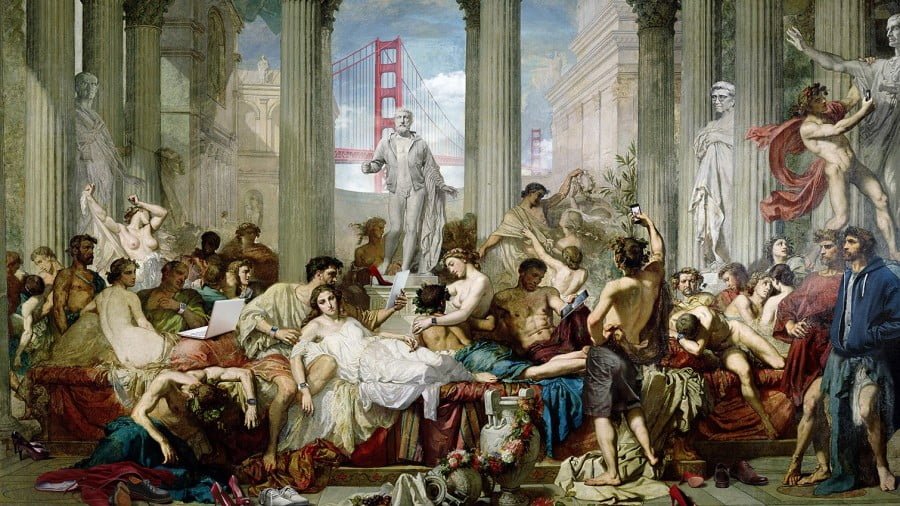 About once a month, on a Friday or Saturday night, the Silicon Valley Technorati gather for a drug-heavy, sex-heavy party. Sometimes the venue is an epic mansion in San Francisco’s Pacific Heights; sometimes it’s a lavish home in the foothills of Atherton or Hillsborough. On special occasions, the guests will travel north to someone’s château…