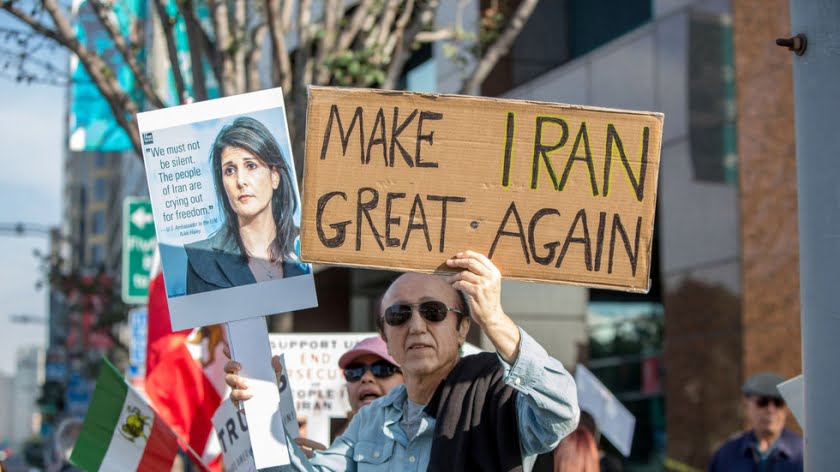 Twitter has announced that it is removing 4,779 accounts associated or backed by Tehran, the latest strike in the ongoing anti-Iran campaign perfectly timed to coincide with the attack on two oil tankers in the Gulf of Oman.

Secretary of State Mike Pompeo was already blaming Iran hours after the incident, offering not a shred of proof aside from a few other dubious incidents in the Middle East that the US has previously pinned on Iran, without evidence. Even the mainstream media has initially been reluctant to take his word for it, mostly because the narrative is so improbable. Japan’s PM Shinzo Abe was in Tehran, promising to use his “utmost effort” to de-escalate tensions, when as if on cue, a Japanese ship was hit along with a Norwegian vessel.

When even CNN is acknowledging that the attack “doesn’t appear to benefit any of the protagonists in the region,” and Bloomberg admits “Iran has little to gain” from blowing up the ship of its esteemed guest, Pompeo must realize another route of influence is required. Who better to call in for reinforcements than Twitter, which has demonstrated time and again its willingness to serve the US’ preferred narrative with mass deplatformings?

Some 4,779 accounts were removed for nothing more than tweeting “global news content, often with an angle that benefited the diplomatic and geostrategic views of the Iranian state.” This was deemed “platform manipulation,” and therefore unacceptable, the company declared in a blog post.

Tweeting with an angle that benefits the diplomatic and geostrategic views of the American state, however, is just fine – at least, it wasn’t Twitter that brought the “Iran Disinformation Project” crashing to a halt earlier this week. The State Department shut down the social media campaign it created to “counter Iranian propaganda” after it supposedly went rogue, smearing any and all critics of Trump’s hawkish Iran policy as paid operatives of the Iranian government.

Human rights activists, students, journalists, academics, even insufficiently-militant American propagandists at RFE/RL, Voice of America and other US-funded outlets were attacked by @IranDisinfo – all on the US taxpayer’s dime.

Congress only learned of the project in a closed-door hearing on Monday, when the State Department confessed the troll campaign had taken $1.5 million in taxpayer money to attack those same taxpayers – all in the name of promoting “freedom of expression and free access to information.”

The group contracted to operate Iran Disinfo is run by an Iranian immigrant and claims to focus on strengthening “civil society” and “democracy” back home, though its work is almost exclusively US-focused and its connections with pro-war think tanks like the Foundation for Defense of Democracies have alarmed congressional staffers.

While the State Department was long barred from directing government-funded propaganda at its own citizens, that rule was quietly repealed in 2013 with the passage of the Smith-Mundt Modernization Act, which gave US government narrative-spinners free reign to run influence operations at home.

The Pentagon is also technically forbidden from running psychological operations (“psy-ops“) against American citizens, but that rule goes out the window in case of “domestic emergencies” – and the domestic emergency declared by then-President George W. Bush days after the September 11 terror attacks remains in effect, 18 years later.

Nor was the State Department’s trolling operation the only anti-Iran psy-op to be unmasked this week. Heshmat Alavi, a virulently anti-Iranian columnist promoted by the Trump administration and published in Forbes, the Hill, and several other outlets, was unmasked as a propaganda construct operated by the Mojahedin-e Khalq (MEK), a controversial Iranian exile group often called a cult that has only recently lobbied its way off the US’ terror list. The MEK is notorious for buying the endorsement of American political figures, and national security adviser John Bolton, Senator Bob Menendez (D-New Jersey), and former New York mayor Rudy Giuliani are among those who have spoken at its events.

The fictional Alavi’s stories were used to sell Trump’s withdrawal from the Iran deal to the Washington Post and other more reputable outlets, as well as to promote the MEK as a “main Iranian opposition group” and viable option for leadership post-regime-change. In reality, it is very much a fringe group, hated by the majority of Iranians for fighting on the side of Iraq during the Iran-Iraq war of the 1980s. Indeed, Alavi’s relentless advocacy for the group may have scared off a few of the sites that initially published his work – the Diplomat and the Daily Caller both quit publishing him in 2017, citing quality concerns.

“We were always active in making false news stories to spread to the foreign press and in Iran,” a Canadian MEK defector told the Intercept, describing a comprehensive online propaganda mill run out of the group’s former base in Iraq that sought to control the narrative about Iran on Facebook and Twitter.

Alavi may have been unmasked, but there could be thousands more where he came from. Twitter’s attempts to aid the US war effort by deplatforming thousands of pro-Iran accounts is an implicit endorsement of their activities. The Intercept’s comprehensive investigation of the Alavi persona essentially dropped the key to the MEK’s propaganda network in Twitter’s lap; their refusal to act on this information, merely removing the Alavi account without investigating the swamp of “coordinated inauthentic behavior” surrounding it, indicates they are content with being weaponized in the US propaganda war against Iran. Trolling is fine, as long as it’s “our guys” doing it.