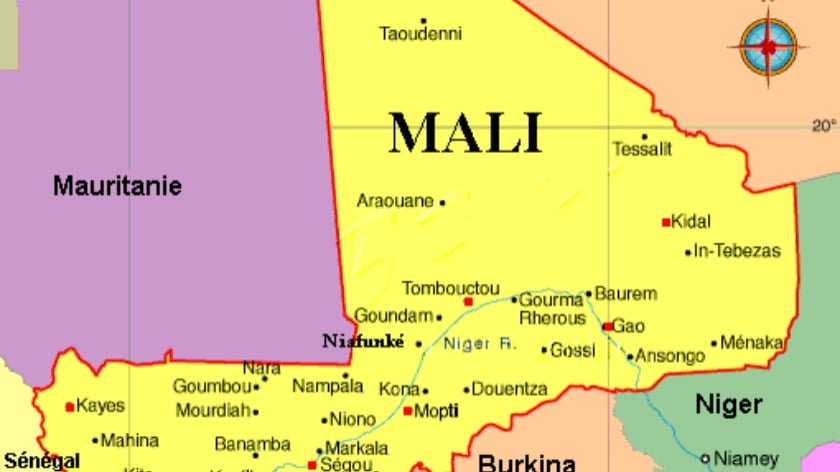 Russia is making rapid progress in presenting a “balancing” alternative to French domination in Paris’ Françafrique “sphere of influence” in Africa after signing a military deal with the terrorist-plagued but geostrategically significant state of Mali during the visit of its Defense Minister to Moscow last week.

Russia’s “Pivot to Africa” is accelerating after the Eurasian Great Power just signed a military deal with the West African nation of Mali and pledged to help it eradicate the terrorists that have plagued it for most of the last decade. For those who haven’t been following events too closely, Moscow recently succeeded in creating a bi-coastal “African Transversal” between the Atlantic Ocean and Red Sea via the Congo Republic, the Central African Republic (CAR), and Sudan after it clinched a separate military agreement with Brazzaville in late May, which in turn caught France’s attention and compelled it to seek the full restoration of ties with Russia. Paris has made some progress in this respect after hosting Russian Prime Minister Medvedev at the end of June, during which time his French counterpart announced that their Foreign and Defense Ministers will meet sometime in September for talks along the 2+2 format.

That couldn’t come at a better time either since Russia is further encroaching on France’s Françafrique “sphere of influence” in Africa after signing its military agreement with Mali, where Paris has deployed several thousand troops as part of its years-long anti-terrorist intervention from 2013 onward. The former colonizer has been unable to thwart these threats and the situation continues to spiral further out of control as the instability there begins to spread to neighboring Burkina Faso and Niger, ergo Bamako’s interest in seeking Moscow’s “Democratic Security” services. About the latter, this refers to Russia’s unique method of defeating Hybrid War threats through “military diplomacy”, which in the African instance concerns the sale of military equipment, the dispatch of advisors, and/or the employment of private military contractors (“mercenaries”), all of which combine to create a low-cost but highly effective solution that’s proven its success in the CAR.

Russia’s 21st-century grand strategic vision is to become the supreme “balancing” force in Afro-Eurasia, to which end it’s utilizing creative methods to position itself in this role, which is becoming increasingly attractive for African countries who are willing to give Moscow lucrative extraction contracts in exchange for its state stabilization services. The surge of Russian influence in Africa over the past two years poses a threat to France’s neo-imperial dominance in the broad swath of the continent that comprises Françafrique, from where the European Great Power derives infathomable riches and exercises control over a myriad of countries. These vassal states veritably receive some token advantages such as the rare opportunity for their citizens to travel to the imperial center for education and tourism (provided that they can afford it), as well as low-paying jobs if they’re willing to risk the deadly journey across the Saharan Desert and Mediterranean Sea to get there illegally, but their basic needs aren’t being met and that’s created an opportunity for Russia to step in and replace France.

The explosion of terrorism in West Africa that followed Mali’s descent into civil war and short-term capture of two-thirds of the country by terrorists has forever altered the regional strategic dynamics, especially since it’s been proven beyond any doubt that Paris is powerless to reverse this trend and ensure security for the average citizen. Moscow, meanwhile, has already proven its effectiveness int his respect when it comes to the CAR, which was previously written off by the international community as a so-called “lost cause” prior to Russia’s UN-approved “Democratic Security” intervention. With that war-torn country’s successful stabilization (relative to what it used to be of course) as the crowning achievement showcasing the viability of Moscow’s “Democratic Security” model, it’s no wonder that similar conflict-beleaguered countries such as Mali are lining up to seek its services, which threatens France’s control of Françafrique and compelled it to enter into talks with Russia.

The upcoming 2+2 meeting sometime in September will come roughly a month before the Russia-Africa Summit in Sochi in late October, which is expected to formalize Moscow’s “Pivot to Africa” by comprehensively building upon is “Democratic Security” successes in order to expand the Eurasian Great Power’s influence in other domains such as the economic and political ones. France might understandably be interested in partnering with Russia in that case or at least reaching a so-called “gentlemen’s agreement” for an unofficial “New Detente” between the two in Africa, especially after Moscow demonstrated how quickly it can expand its strategic presence in the West African nation of Mali where Paris has already deployed several thousand troops, so they’ll either cut a deal with one another or their competition will inevitably rev up even further than ever before.