Is the United States – a country founded on the blood, sweat and tears of immigrants from around the world – a cruel, unrepentant racist at heart?

Forget about terrorism, melting polar caps and even the US government. According to the results of a new Gallup poll, more Americans than ever before (27 percent) view immigration as the “most important problem” confronting their nation. The new data shatters the previous record of 23 percent, set just last month.

Does this mean it’s time for Americans to haul away the Statue of Liberty in New York Harbor and store it in a warehouse alongside those bronze Confederate generals? And while we’re at it, let’s ship to the incinerator of history the famous words of the poem, The New Colossus, written by the Jewish-American poetess Emma Lazarus, which boldly proclaims to the world:

«Give me your tired, your poor,

The wretched refuse of your teeming shore»

Although such steps would certainly seem radical, there can be no doubt that the ‘immigration question’ is preoccupying America’s short attention span like never before. It should not be forgotten, after all, that the main reason a real estate magnate from Manhattan is now firmly entrenched in the White House is because he promised to build a wall – or more precisely, have Mexico build a wall – along the porous southern border.

Yet, much like Barack Obama’s campaign pledge to ‘close Gitmo,’ the Great Wall of Trump has failed to see its first stone. Far from hurting the US leader’s popularity, however, it now appears Trump will breeze to another four years in office, largely due to the American voter’s anxiety over immigration.

It would be very difficult to argue that Americans are natural born racists. Over the years, they have graciously thrown open their door to millions of migrants with only isolated episodes of racism rearing its ugly head. At the same time, however, Americans are deeply imbued with a fierce sense of fairness and equality. Thus, when they see images of thousands of desperate immigrants streaming towards their flimsy border – not with the intention of applying legally for entrance through official channels, mind you, but rather with the intent of gaining entrance illegally and even violently – this incites the greatest revulsion. There is no cutting in line at an American supermarket, right? So why should there be cutting in line at the border? Yet it seems the liberals greatly underestimated this fundamental characteristic of ‘fair play’ that is inherent to the American mindset.

Today, the Democrats, together with the ‘progressive’ freshman wing of their party – comprised of Alexandria Ocasio-Cortez, Ilhan Omar, Ayanna Pressley and Rashida Tlaib, otherwise known as ‘the Squad’ – have taken sides with the illegals, practically arguing that to deny them a free pass into the United States is tantamount to being affiliated with the Ku Klux Klan. At the same time, high-ranking members of the party, notably Nancy Pelosi and Chuck Schumer, have obstructed Trump’s efforts to build a wall on the Mexican border every step of the way, once again calling such measures ‘racist.’

The situation came to a boil early this month when Ocasio-Cortez, aka AOC, and other Democratic lawmakers paid a visit to El Paso, Texas, a town precariously nestled on the Mexican border. Naturally, the Democrats used the visit to push a political agenda, portraying the holding facilities for the illegal asylum seekers as “concentration camps,” where people were forced to “drink out of toilets.” One day after the high-profile visit, however, a US border agent gave the US media a lengthy tour of an ICE facility. While it would never be confused as Shangri-La, it was a far cry from the deplorable hell on Earth described by AOC.

At the same time, many Americans responded to the visit by stating the obvious: If the liberals don’t want to see children being held in less-than exemplary facilities then simply build a wall like other countries.

To fully appreciate how the Democrats, specifically the four frolicking freshman progressives, are shooting themselves in the foot over this crisis, consider this: When the entire Democratic Party voiced their approval of a Republican-drafted $4.6 billion emergency aid package to assist the migrants who find themselves trapped in a bureaucratic purgatory, the self-seeking members of ‘the Squad’ refused to endorse the initiative. On top of that, they launched an embarrassing attack against members of their own party, not least of all Speaker Nancy Pelosi.

How did Trump respond to the Democratic infighting? Not silently, that’s for sure. He not only took sides with Pelosi, but went on a savage offensive against the Democratic progressives, advising them to “go back and help fix the totally broken and crime infested places from which they came,” he tweeted. “Then come back and show us how it is done.”

Needless to say, all hell broke loose, which is undoubtedly what Trump was hoping for. Pelosi was suddenly forced to clumsily shift gears in the fast lane and lend her support to the four freshmen who had foolishly turned on her. Although Trump was accused of using racist language, many people in his party deny the charge. In any case, the scandal has done nothing to damage his reputation among fellow conservatives, and possibly even enhanced it.

Trump is playing a masterful game against the Democrats. He fully understands that many Americans strongly disagree with their views – especially with those of the ‘four horsewomen of the Apocalypse,’ as he has labeled the progressives – and feels confident enough to openly challenge them.

And that is exactly why Donald Trump is happy to continue stoking the embers of immigration, keeping the American people in a suspended state of fright and paranoia with each news report that describes the situation in the most harrowing ways – by the liberal-leaning media, no less. It may also explain why Trump has not built the promised wall, as well as why he will most likely be re-elected in 2020. Once again, the Democrats will have nobody else to blame for their imminent failure except themselves. I am guessing they are already hatching a way to blame it all on Russia. 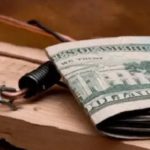 U.S. Is Pushing for a New Provocation Against Serbia over the Kosovo Issue
Opinion
ElectionsLiberalismTrumpUS