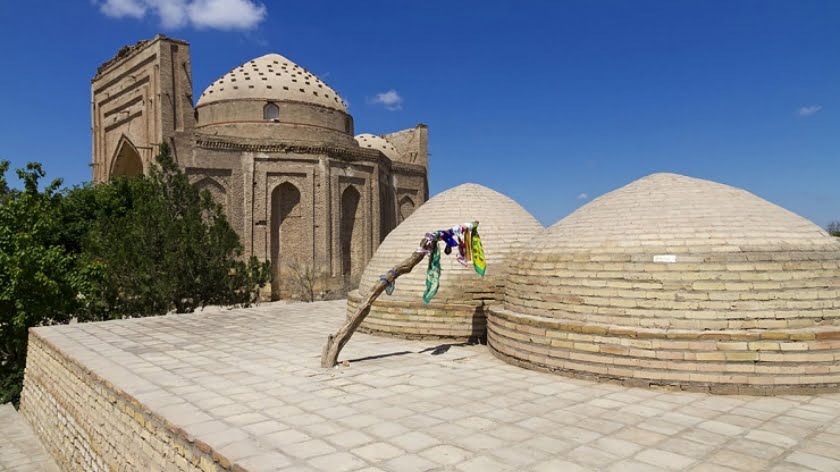 According to the World Happiness Report — 2019, which is published on a yearly basis by the United Nations Sustainable Development Solutions Network, Turkmenistan, quite a resource-rich player in the Caspian region, ended up in 87th place, thus becoming the unhappiest nation among its Central Asian neighbors based on this ranking. Assessment criteria, such as GDP per capita, life expectancy, social support and the effect freedom and corruption have on important decision making processes, were used. A 10-point scale was employed to rate each of these indicators, and then an average was calculated for each nation.

This country has approximately 10% of the world’s proven natural gas reserves (it has the largest natural gas deposits in the world and is in fourth place in terms of proven reserves) and access to the Caspian Sea. Hence leading world players focus a great deal of their attention on this nation.

According to global rating agencies, the potential for economic growth in Turkmenistan, as well as in other Central Asian countries, is significantly limited by the fact that these countries are not well integrated into the world trading system. In addition, the global trade-associated costs that Central Asian economies have to bear are comparable only to those of African nations with no ocean access. This is why Turkmenistan and other countries in Central Asia have actively supported China’s ‘Silk Road Economic Belt’ initiative and its lending policy to implement this project in the region, in the hope that on its completion, Central Asia, due to its location and wealth of resources, would be the biggest beneficiary.

Based on various estimates, Turkmenistan’s external debt amounts to from $9 to $11.16 billion. However, official agencies do not provide detailed information on who this nation owes money to or the size of these debts. All the economic initiatives in Turkmenistan, which Ashgabat defines as vitally important, are first and foremost in China’s interests. For example, more than 90% of Turkmenistan’s entire natural gas exports go the PRC. And the sale of this natural resource is the largest source of income for Ashgabat. Moreover, the lion’s share of the profits is used to pay off these Chinese loans. As a result, in its push towards independence from Russia, Turkmenistan has become increasingly indebted to China. And it is hard to say whether it will be able to escape from the debt trap.

In recent months, Turkmenistan has experienced hyperinflation, and more disturbingly a countrywide food shortage. Experts at the Cato Institute believe that the level of inflation in this nation was at 294% in June 2018.

Turkmenistan does not have a large population, and if sensible economic policies were employed, it would be possible to feed all these people. According to analysts at the World Bank, the population of Turkmenistan was 5.7 million in 2017. However, many experts believe that the actual number is substantially lower, amounting to approximately 3.3 million Turkmen citizens, and more than 1.5 million Turkmens in the past 10 years have supposedly left the nation.

A failed harvest dealt a serious blow to the country’s economy. Since wheat and barley crops were severely damaged by a flood, there was a shortage of flour in a number of regions and even in the capital. And, currently, its sale to the residents is restricted to no more than 5 kg per person a month. Even with this rationing, there is not always enough bread for everyone. As a result, every day there are long queues in front of shops, where serious fights break out and overcrowding leads to jostling. There have even been a few casualties (at least two people were killed while queuing for bread in March and April). Several observers partially attribute the flour shortage to the foreign policy gesture made by the nations’ President Gurbanguly Berdimuhamedow, who sent humanitarian aid to certain neighboring Afghani provinces where locals were also affected by the spring floods. But this aid did not come from reserves but instead from stocks meant for Turkmen citizens.

Many experts have been talking about the crises in Turkmenistan. For example, the Al Jazeera Media Network published an article entitled Hyperinflation and hunger: Turkmenistan on ‘edge of catastrophe’, which stated (with a reference to Britain’s Foreign Policy Centre) that Turkmenistan was facing the worst economic crisis in the last 30 years.

Observers have noted that rising discontent has not turned into anti-government protests as yet, which is, in large part, accounted for by the political behavior specific to Turkmenistan and the presence of powerful punitive structures in the nation.

According to a number of experts, the internal crisis in the country may very quickly transform into a large-scale catastrophe, mostly because of the recent rise of Daesh (a terrorist organization banned in the Russian Federation), which has been consolidating its forces in Afghanistan. It is common knowledge that this terrorist group is currently searching for a ‘home base’, where extremists could try and establish themselves and form new cells. After all, Daesh tends to flourish in places where there is a socio-economic crisis and ingrained social issues, and where governments are unable to meet even their most basic social obligations which, as a rule, any state bears towards its citizen. Increasing radicalization of citizens stems from a high level of poverty, unemployment, a large percentage of young people within the population, as well as an ideological vacuum, corruption and low levels of religious education.

Turkmenistan, as well as other Central Asian countries, is already in the sphere of influence of three geopolitical rivals in the Muslim world: Iran, Saudi Arabia and Turkey. For example, Turkey is lobbying for a faster unification of nations where Turkic languages are spoken, and is, at the same time, trying to consolidate its role as one of the new centers in favor of progressive Islam.

In comparison to Uzbekistan with its ongoing reforms, Tajikistan, which is undergoing a political transition, and democratic Kyrgyzstan, Turkmenistan is viewed by many foreign experts (who predict unavoidable changes in it) as an archaic nation. Changes in this country may be brought about, on the one hand, by a severe socio-economic crisis, and, on the other hand, by challenges posed by pro-Islamic movements, which could have consequences for Turkmenistan’s geopolitical players. For example, the attitude towards China may sour if things become worse for the Muslims living in the autonomous region of Xinjiang. A similar reaction may follow in relation to the United States, which has a checkered reputation in the Muslim world.

This is why, rivalry of regional and international interests with respect to Turkmenistan will only intensify in the nearest future.