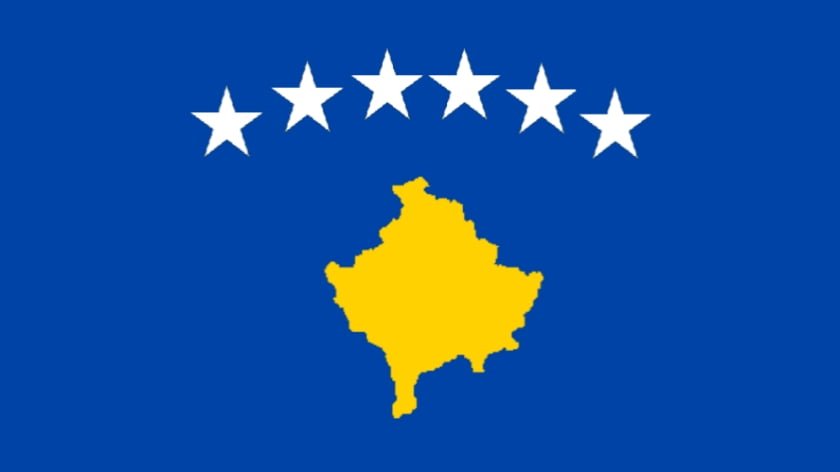 The resignation of the NATO-occupied Serbian Autonomous Province of Kosovo & Metohija’s so-called “Prime Minister” in reaction to his unexpected summoning by an international court as a suspect in an ongoing war crimes investigation opens up the possibility of infusing the “New Balkans” vision of regional geopolitical re-engineering with a fresh impetus if it results in restarting the talks on a “territorial swap” between Belgrade and Pristina.

The Balkans were jolted by last week’s surprise resignation of the NATO-occupied Serbian Autonomous Province of Kosovo & Metohija’s so-called “Prime Minister” in reaction to his unexpected summoning by an international court as a suspect in an ongoing war crimes investigation. This wasn’t the first time that he’s been called before such a body, but he was acquitted last time around in 2008 and had the decision upheld in 2012 after it was earlier ruled invalid on the grounds that some witnesses were intimidated. What makes this latest round different, however, is that it removes the most stubborn opponent of the proposed “territorial swap” between Belgrade and Pristina and could very easily result in restarting the talks on this process.

An expert at Germany’s DW News already predicted as much in her piece titled “Opinion: A political bombshell in Kosovo”, and she might not be too far off the mark, either. Macedonian Prime Minister Zaev revealed in a series of three prank phone calls over the past year that were just made public earlier this month that both he and German Chancellor Merkel are stridently opposed to the efforts of Kosovo’s so-called “President” Thaci and his Serbian counterpart to change the Balkan borders, adding that it’s his personal belief that Russia is behind this effort in order to set a new international standard that could be applied towards its reunification with Crimea and its Turkish ally’s designs over the solely Ankara-recognized “Turkish Republic of Northern Cyprus”.

Russia and the US, despite being rivals of one another in the New Cold War, are on the same page when it comes to the “territorial swap” proposal, committing to support whatever outcome the two negotiating actors ultimately agree upon. Curiously, any “success” in this respect would perfectly align with the future regional vision laid out by former British diplomat Timothy Less, who advocates the “re-Balkanization” of the Balkans along ethnic lines. Even more interestingly, the influential Russian International Affairs Council (RIAC) think tank published three policy proposals late last year that collectively build up to tacitly supporting this plan, rebranded in the authors’ euphemistic political parlance as a so-called “package solution” for the Balkans.

For all intents and purposes, what Less and RIAC are both proposing amounts to the Balkan version of the US’ “New Middle East” strategy of geopolitically re-engineering that nearby strategic region, hence why their shared goals could be aptly described as wanting to build the “New Balkans”. It was in pursuit of this that Russia recognized the Republic of Macedonia as the so-called “Republic of North Macedonia” despite previously pledging not to do so because of serious concerns that this renaming was against the Balkan country’s own constitution. Nevertheless, no tangible progress can be made on geopolitically re-engineering the Balkans until/unless Serbia “recognizes” Kosovo as “independent”, which is where last week’s development comes in.

Haradinaj was staunchly against Thaci and Vucic’s “territorial swap” proposal and was therefore responsible for freezing the “New Balkans” process, but he’s just been removed from the political picture (at least temporarily) and a new opportunity has suddenly emerged to restart the stalled process that both Russia and the US seemingly support. Seeing as how he was the greatest obstacle to these Great Powers’ plans, it’s not inconceivable that a “backroom deal” might have been reached between the two whereby the US would pressure the “Kosovo Specialist Chambers and Specialist Prosecutor’s Office” to summon Haradinaj (which would prompt his resignation) in exchange for Russia actively “encouraging” Serbia to restart talks with Kosovo.

Vucic is suspicious for the time being, but not in the way that one might initially think. He’s concerned that Haradinaj’s resignation is just a political ploy to garner more support before the upcoming early “elections” in Kosovo, which could “go toward further delay of the dialogue between Belgrade and Pristina” if he emerges victorious from this gambit. Therefore, it’s not that Serbia doesn’t want to restart the “territorial swap” talks, but just that it might wait until after Kosovo’s “elections” to do so, after which the process would probably proceed at full-speed in the event that Haradinaj loses or drops out of the race if the US ensures that the war crimes case against him becomes serious enough that it appears to be a fait accompli that he’ll finally be jailed.

Putting all the pieces together, it certainly seems like the timing of Haradinaj’s summoning before the international court is meant to reinvigorate the stalled “territorial swap” talks between Serbia and Kosovo, but only if he ends up losing (or pulling out of) the upcoming early “elections”. Considering the profound geostrategic ramifications at stake if Belgrade and Pristina eventually reach a territorial deal with one another that results in Serbia’s “recognition” of Kosovo’s “independence” and the subsequent sparking of the next stage of the “New Balkans” plan, it can’t be ruled out that Russia and the US temporarily put their greater differences aside in the spirit of a “New Detente” to cooperate in increasing the chances that this happens. 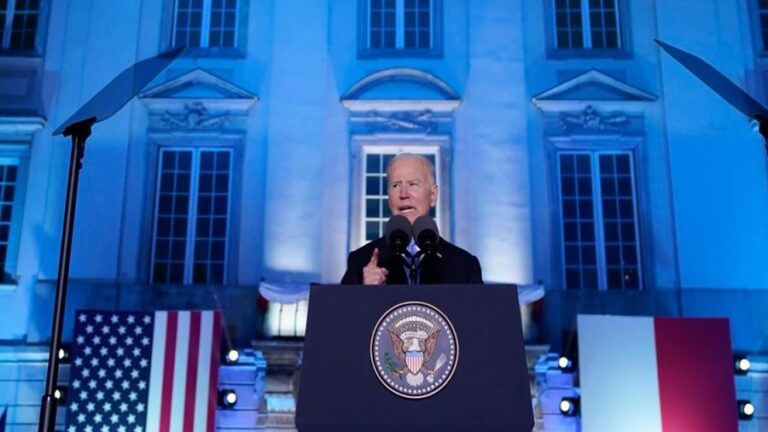 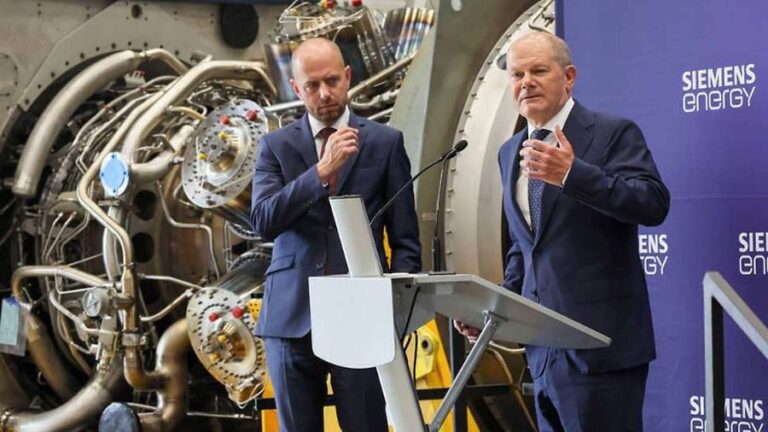 Finally, at long last, it appears the European Union may come to its senses. All it took was for German elites to understand they’re about to lose billions and risk upheaval. News from the IMF that halted gas supplies to the country will cost Europe’s largest economy 1.5 percent of its GDP in 2022 scares… 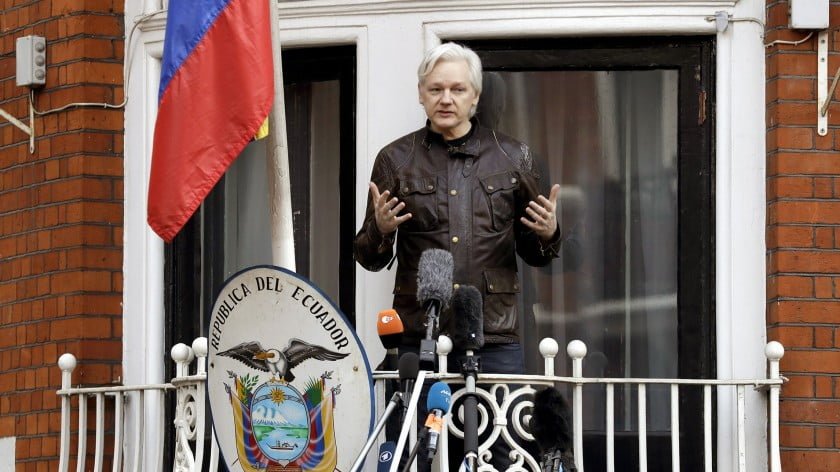 Reuters reported that Wikileaks sent an email discouraging others from spreading what it described as 140 defamatory and false assertions about its founder, such as the dangerous accusation that he’s a “Russian agent” and even gossipy claims that he supposedly has “poor personal hygiene”. Wikileaks interestingly wrote that the email was “Confidential legal communication. Not for… 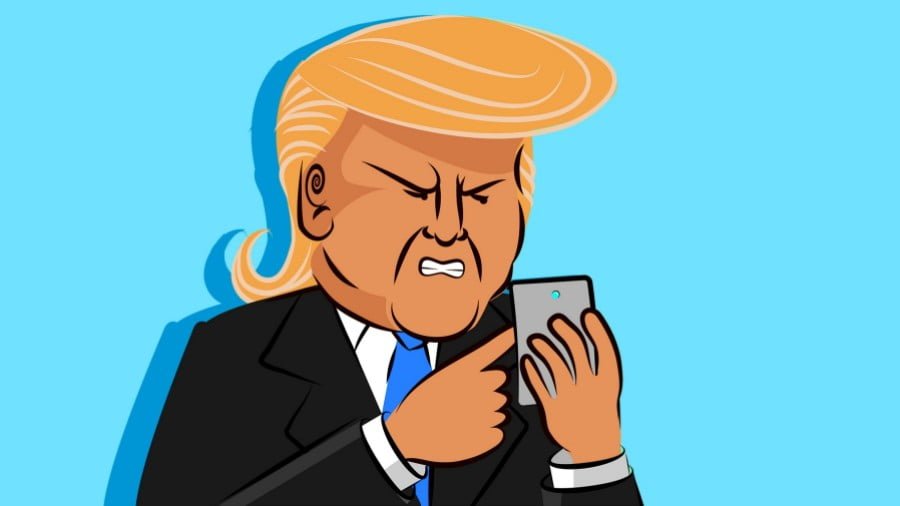