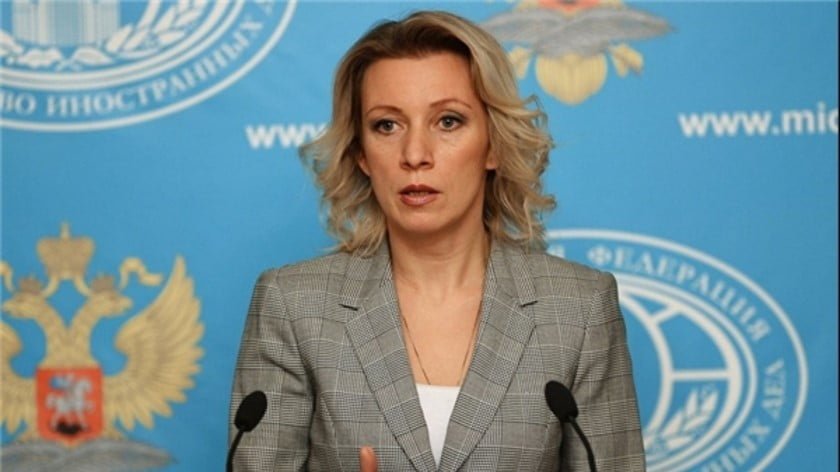 It remains unclear at the time of writing whether the Russian Ministry of Foreign Affairs really did back India’s unilateral actions in Kashmir or not, with the mysterious circumstances surrounding its now-viral alleged statement of support suggesting that it might have even been invented by Indian intelligence as part of their third infowar against Moscow in as many years.

ANI, one of India’s leading international information outlets and considered extremely close to the country’s ruling BJP Hindutva ultra-nationalists, reported on Saturday that the Russian Ministry of Foreign Affairs backed New Delhi’s unilateral “Israeli-“like actions in Kashmir. The original tweets announcing this strong statement of support said that Moscow “proceeds from fact that the changes associated with the change in the status of the state of J&K and its division into two union territories are carried out within framework of the Constitution of the Republic of India”.

No mention was made about the specific time or context in which this position was articulated, but other media companies such as the Times of India claimed that it was said “in response to questions from the media” on Friday. ANI’s online article about this event that was released on the same day says that the statement was actually made on Saturday and omits any reference to it being done in response to questions from the media, though it should be noted that the report says that it was updated since publication so it’s possible that the original did in fact include that important tidbit of information.

The Q&A That Never Happened

This is a crucial detail because it’s since been proven through video footage available on YouTube that Foreign Ministry spokeswoman Zakharova wasn’t asked about the issue during her press conference on Friday, meaning that the reports about her allegedly making the statement on that day are patently false.

It might be the case that ANI received either a press release from the Russian Embassy in India or had it leaked to them by one of India’s many “agents of influence” in the Russian “deep state” (whether based in the New Delhi Embassy or embedded in the Ministry of Foreign Affairs itself back in Moscow), but then initially misreported the day and context of the statement, after which other outlets such as the Times of India picked up the originally inaccurate report and then virally spread it across the international media.

Those like Reuters (which says that ANI is one of its partners) and the Indian public service broadcaster DD News that missed the initial report and only saw the updated version didn’t include any mentioning of the now-debunked claims that Russia’s statement was publicly articulated on Friday and in response to questions from the media.

Pakistan Today, however, pointed out on Saturday that no such statement was available on the Russian Ministry of Foreign Affairs’ website or twitter handle, raising concerns that this might actually be fake news. It’ll remain to be seen by next week whether or not this is the case since Moscow will obviously be compelled to clarify these claims by then, but in the event that it was all fake news, then it wouldn’t exactly be unprecedented.

Indian intelligence was likely behind two separate infowars that their country launched against Russia since 2016 that were designed to pressure Moscow into supporting New Delhi. The first one happened in September of that year and claimed without any source or purportedly quoted statement that Russia had called off what was about to be its first-ever joint anti-terrorist drills with Pakistan in the coming month. That obviously didn’t happen, yet that failed attempt didn’t stop India from trying to influence Russia once more earlier this year.

Back in February, their national media deliberately misinterpreted platitudes about the state of bilateral relations issued by the Russian Minister of Trade and Industry when provocatively asked by Indian reporters about his country’s position towards Masood Azhar despite this issue having nothing at all to do with him, which in hindsight was more than likely a trick to get him to say something generally positive that could then be misreported in the “wishful thinking” way that Indian intelligence intended in order to weaponize it as part of their campaign of pressure on Moscow.

Bearing these relatively recent experiences in mind, it wouldn’t be altogether surprising if ANI — which is extremely close to the BJP — was ordered by the country’s intelligence services to step it up a notch and outright invent a Russian diplomatic statement as part of an intensified third attempt at waging an infowar against Russia designed to pressure it into supporting India on Kashmir following its conspicuous official silence on the issue over the past week.

It should be said that Russia’s silence could understandably be interpreted as tacit approval, but India probably wants an overt unambiguous statement thereof (if it wasn’t already truly expressed through a speculative press release sent by the Russian Embassy in India on Saturday per the previously described scenario) in order to be assured of its support ahead of Pakistan’s Chinese-backed attempt to take the topic up at the UNSC.

The international strategic context is ultra-sensitive after China condemned India’s moves last week for infringing on its territorial integrity, especially after Indian Home Minister Amit Shah even threatened that people “can die” over his country’s claims to Chinese-administered Aksai Chin, (see map right) so India wants to be assured at the very least of Russian diplomatic support for its position ahead of what seems poised to be a diplomatically explosive upcoming couple of weeks.

This backdrop would explain why an unprecedentedly audacious third infowar might have been launched against Russia over the weekend through the spreading of potentially false but very specific statements about Moscow’s position towards New Delhi’s latest moves in Kashmir.

As was written earlier, these controversial claims will more than likely be cleared up by sometime next week since they’ve already created such a stir that Russian officials are now compelled to publicly respond to them one way or the other. Should Russia reaffirm what was reported about its diplomatic position towards Kashmir, then it would more than likely be doing so in order to not risk losing out on multibillion-dollar arms contracts with India that its budget is partially depending upon to help finance the ambitious “Great Society“/”National Development Projects” that are supposed to be the crowning achievement of President Putin’s domestic socio-economic legacy.

Even so, Russia is unlikely in that scenario to support India to the point of submitting to its political fantasy of helping to “contain” China, even if the two end up disagreeing at the UNSC about Kashmir. On the other hand, in the event that Moscow contradicts the claims that were spread over the weekend, it would be doing so out of solidarity with Islamabad since Kashmir is Pakistan’s Crimea and with the intent of reinforcing its regional “balancing” act that started with its recent “Return to South Asia“. It also goes without saying that Russian-Indian relations would never be the same again if this turns out to be a fake news fiasco.