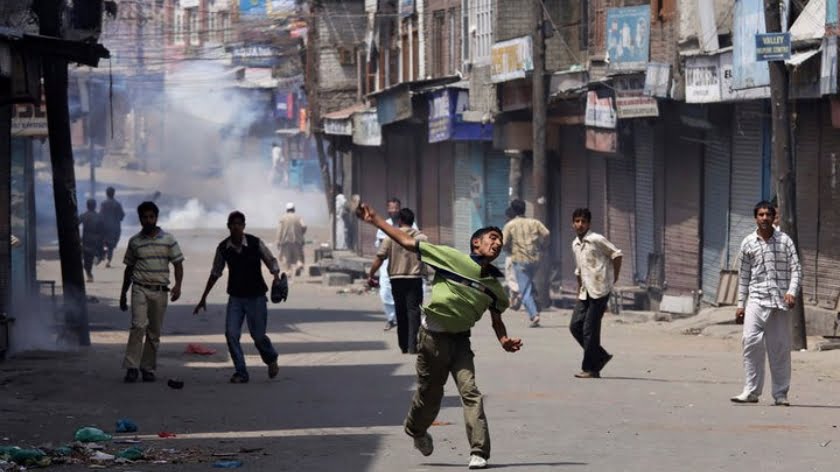 India’s revocation of Kashmir’s relative “autonomy” embodies everything that its new “Israeli” ally wishes it could do to Palestine such as eliminating its separate political status and giving non-residents of the UNSC-recognized disputed territory the right to buy property there as part of its long-term plan to wage demographic warfare against the locals, yet few around the world seem to care even though the global activist community would be in an uproar if the self-professed “Jewish State” even talked about doing what the Hindu extremist-led one just did in real life.

The Only Real Difference Between India & “Israel”

India and its new “Israeli” ally have a lot in common with one another that makes them “perfect partners”. Both are led by religious extremists and each of them have also occupied the territory of an indigenous Muslim minority for over seven decades in what’s recognized by the UNSC as two of the world’s longest-running unresolved conflicts. One would think that they’d therefore be equally notorious in the international community, but it’s here where the main difference between them is seen. Practically everyone on the planet is aware of the “Israeli”-Palestinian conflict, yet few know anything about the Kashmir one other than it involves nuclear-armed neighbors India and Pakistan.

Worse still, while “Israel’s” knee-jerk reaction of smearing all criticism of it as “anti-Semitic” hasn’t succeeded in getting many activists to self-censor, India’s variation of this exact same technique has been much more successful in getting people to shut up out of fear of being labeled “Hinduphobic”. Accordingly, more people consider the Kashmiris to be “terrorists” like the state’s narrative alleges than they think the same about the Palestinians, which is problematic to say the least because both Muslim minorities are in the exact same situation vis-a-vis their occupiers and in the eyes of international law. Well, they were in the same situation, up until Monday when India took the dramatic step of unilaterally revising the Kashmiris’ political status.

Home Minister Amit Shah, who also serves as president of the ruling BJP party of Hindu extremists, revoked Articles 370 and 35A of the Indian Constitution that had granted relative “autonomy” to the disputed territory and prevented non-residents from purchasing property there, respectively. Not only that, but he also decreed that the sparsely populated eastern region of Ladakh would become its own separate union territory. This move coincided with the imposition of yet another curfew in Kashmir, which also saw the banning of all political meetings, the arrest of the region’s leaders, and the restriction of internet and phone services. Furthermore, amendments were recently passed to a security law allowing the government to label anyone a “terrorist”.

Suffice to say, if “Israel” dared to do any of this to Palestine, there’d be a global uproar, but instead there’s nothing but silence for the Kashmiris except for the political support that Pakistan has traditionally given them. Most activists don’t dare to speak up for the Kashmiris because they’re afraid of being accused of “Hinduphobia”, “supporting terrorism”, and “undermining” the self-professed “world’s largest democracy” that Bollywood has indoctrinated them into thinking is a “paradise on earth”. Interestingly, these same activists usually aren’t deterred by “Israel’s” accusations that they’re “anti-Semitic”, “supporting terrorism”, and “undermining” the Mideast’s self-professed “only democracy” whenever they publicly defend Palestine.

It can’t be known for certain because each individual case of double standards is different, but the most likely explanations for this blatant hypocrisy in supporting one Muslim minority while caring less about the second despite them both being in the same international legal situation is either a lack of knowledge in the “best-case” scenario or an unhealthy obsession with virtual signaling criticism of “Israel” just “for the sake of it” in the “worst-case” one. Optimistically (and possibly even somewhat naively) giving people the “benefit of the doubt”, it would follow that raising awareness of Kashmir should naturally lead to Palestine’s innumerable international supporters embracing that cause too.

Should that expectation hold true, then it would mean that India’s latest moves might be extremely counterproductive for it in the soft power sense because they could galvanize the international activist community in opposition to it. What India is doing to Kashmir would be the same as if “Israel” already had over half a million troops in the Palestinian Authority, imposed a curfew there prior to arresting its leaders, removed its relative “autonomy”, and then unilaterally decoupled the Gaza Strip from the West Bank by making them separate administrative districts. Not only that, but the revocation of Article 35A in Kashmir is tantamount in the Palestinian context to opening the floodgates of unrestricted Jewish settlement of the West Bank.

“Israel” would certainly be condemned for resorting to “Weapons of Mass Migration” as part of its demographic warfare against the Palestinians in that case, yet few are saying anything about India actually doing the same to the Kashmiris in real life as part of its long-term plan to change the composition of this UNSC-recognized disputed territory. The entire world was so worried about the so-called “Deal of the Century’s” possible consequences for Palestine that they barely paid any attention to India imposing its own conflict settlement terms on the Kashmiris, yet the international reaction (or lack thereof) to what New Delhi just did will directly influence Tel Aviv’s actions in the future, which is another reason why this is so important.

Ending The Culture Of International Impunity

If India gets a “free pass” and escapes from international criticism (to say nothing of not having any sanctions promulgated against it for violating a UN Resolution) after taking serious steps to create its envisaged “Hindu Rashtra” of “Akhand Bharat” (a fundamentalist Hindu state of “Greater India”), then that’ll be the signal that its “Israeli” ally needs to do the exact same thing in Palestine as regards the spreading of Zionism across the territory of so-called “Greater (‘Promised’) Israel”, which largely overlaps with the countries destabilized by the Yinon Plan. It’s through this strategic symbiosis that Kashmir and Palestine are inextricably linked despite their respective occupiers claiming that no such connection exists in that sense.

The fact of the matter, however, is that the international community’s response to India’s latest moves in Kashmir will directly impact on “Israel’s” forthcoming ones in Palestine. It might not be possible for anyone other than these occupied people themselves to remove their oppressors, but it would go a long way towards maintaining preexisting norms regarding international law and the right to self-determination if the UN or a “coalition of the willing” enacted sanctions against India as both punishment for its violations and as a symbolic deterrent to “Israel” following in its footsteps. To facilitate that happening, activists all across the world must first rally in support of the Kashmiri cause, because if Kashmir is lost, then Palestine won’t be that far away too. 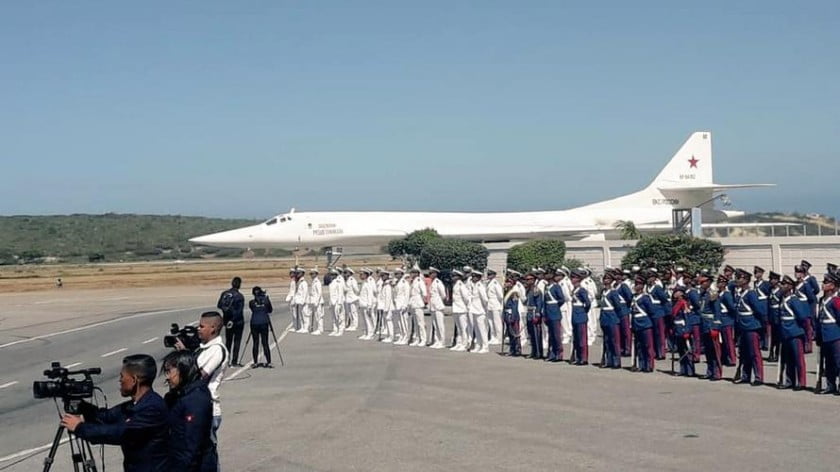 At an international media conference last December 12 in Caracas Venezuela’s President Nicolas Maduro referred emphatically to knowledge, that his government had acquired through its intelligence services, of preparations to destabilize Venezuela. That in itself is major news but it is noticeable that his denunciation only two days after the well-publicized landing of Russian military…

Crown Prince Mohammed bin Salman’s reign in Saudi Arabia has begun. What started as a proverbial ‘Night of the Long Knives’ has become more like a week. And it will likely stretch on far longer than that. His moves have been about much more than just consolidating the power handed to him by his Father…