Belarus Is Between a Rock and a Hard Place. “Balance” its Relations between Russia and the US

Belarus is in the unenviable position of being caught in the middle of the New Cold War and having to delicately “balance” relations between Russia and the US.

US National Security Advisor Bolton’s trip late last month to Belarus was the highest official visit by an American dignitary in decades and caught many observers off guard who could never have imagined that he’d travel to the country that his own government had previously described as the so-called “last dictatorship of Europe” in the 2000s. Bolton also has an extremely negative reputation in Russia for his hawkish views, which is why many in Moscow were looking askance at his visit, especially since it came in the context of increasingly complex relations between Belarus and Russia. President Lukashenko regularly espouses tough rhetorictowards Russia whenever he feels like Moscow’s generous subsidies of his country’s economy are at risk of being curtailed, but most experts never took him too seriously because they believed that geostrategic reasons would always compel him to reconcile with his neighbor and never carry out a Ukrainian-like pivot towards the West. That view, however, has proven to be somewhat naive.

Ideally, Belarus would love to indefinitely remain subsidized by Russia and never have to reach out to the same country that previously disrespected its leader through personal insults and even sanctions, but an unexpected impact of the West’s anti-Russian sanctions forced his hand and resulted in him welcoming Bolton to Minsk. Russia is in the midst of a systemic socio-economic transition towards a “Great Society” built upon “National Development Projects” that will diversify the budget’s lingering dependence on resource exports and make the country much more competitive on the world stage, but it’s precisely because of this that domestic spending is being prioritized at the expense of external aid such as what was previously given to Belarus since independence. Specifically, Russia can no longer afford to subsidize oil exports to Belarus, which its partner used to then sell for enormous profit further afield in Europe, and this has created an unprecedented problem for bilateral relations.

Even worse, the mysterious contamination of oil exports to the country earlier this year seriously damaged the trust between these two neighbors, influencing Lukashenko to seriously begin looking for alternatives in the West. That’s why he’s considering purchasing oil from the US of all possible sources, in what’s clearly a snub to Russia that’s also designed to get him further on Trump’s good side. It’s not just that he hopes to “buy access” to the American administration, but the possibility exists of the Belarusian leader investing in related infrastructure connecting his country with the US’ regional vassal states, specifically Poland, where an expensive LNG terminal was recently constructed for importing American gas. It should also be noted that Poland is the leader of the “Three Seas Initiative“, which functions as a structure of American proxy influence for “containing” Russia in the region in an economic way, so it’s entirely feasible that Belarusian-Polish relations will continue improving as a result of the nascent Belarusian-American rapprochement.

Lukashenko could indeed pivot away from Russia, but his economy is still much too dependent on it to do so without any serious consequences, which is why Belarus’ steps westward will likely be incremental (though possibly punctuated by several symbolic developments like the import of American oil). From the Russian perspective, this is a worrying trend because it might eventually manifest itself in the security sphere with time, such as if Belarus breaks with its CSTO mutual defense commitments with Russia and disagrees with Moscow’s steps for responding to the US’ potential deployment of post-INF missiles to Poland or elsewhere in the region due to growing Western influence in this strategically positioned country. At the same time, the West has launched an intensive infowar campaign fearmongering about a speculative Russian “annexation” of Belarus, one that could either be undertaken forcefully as “punishment” or “gently” through integrative means.

The first-mentioned scenario is completely unrealistic, but the second one is much more effective in influencing Lukashenko because it’s designed to sow the seeds of doubt in his mind about the wisdom of tightening the so-called “Union State” between the two. As it happens to be, the only realistic recourse that Russia has for improving relations with Belarus is to integrate with it into the “Union State”, which the US cleverly predicted and is why it preemptively sought to discredit this possibility by painting it as an “annexation”. This is also supposed to serve as a “dog whistle” for Color Revolution “sleeper cells” to become active if any serious progress is made on this front, just like what happened in Ukraine when Kiev delayed signing the EU Association Agreement. Belarus therefore finds itself between a rock and a hard place, where the wrong move could spell American-driven disaster if Lukashenko’s high-stakes “balancing” act falls flat.

The Endgame in Belarus is in View 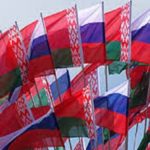 Can the US Stop Russia from 'Pulling a Crimea' in Belarus?

Belarus – A Color Revolution of a Different Shade?
Opinion
BelarusRussiaUS