The Iranian Ambassador to India shocked his host nation by announcing that his country was considering building a CPEC-parallel LNG pipeline to China in response to New Delhi’s submission to the US’ unilateral sanctions regime, which could completely ruin India’s regional vision if this ambitious plan comes to pass and especially if Russia decides to actively participate in it.

India’s zero-sum plans of using its reinvigorated strategic partnership with Russia to “balance” China in the region of “Greater South Asia” are at risk of being ruined if Iran goes through with its recently announced interest in building a CPEC-parallel LNG pipeline to China (E-CPEC+, with the “E” standing for “energy”) and receives Moscow’s world-class support in constructing this game-changing piece of integrational infrastructure. The Iranian Ambassador to India shocked his host nation by declaring that “Iran is now discussing an LNG pipeline to China along the China-Pakistan Economic Corridor (CPEC), as India is not expected to retain its prior interest in LNG imports from Iran”, according to The Hindu’s report about his comments made to members of the Indian Association of Foreign Affairs Correspondents on Monday. His words are especially significant for the fact that they represent his country’s first public recognition that India submitted to the US’ sanctions regime and also signify a bold endorsement of the Belt & Road Initiative’s (BRI) flagship project of CPEC that India is adamantly against because of its maximalist claims in the Kashmir Conflict.

The Meek Shall Rise

India already humiliatingly made a fool out of Iran on the world stage by complying with the US’ sanctions demands, victimizing its partner through blowback from the Hybrid War on CPEC, and entering into informal military alliances with its hated American and “Israeli” enemies, but the proverbial straw that broke the camel’s back and got Iran to stop behaving as India’s “junior partner” and finally become serious about changing its approach to it was likely the brutal use of force that was inflicted earlier this week upon the Kashmiris who were commemorating the matrydom of Imam Hussein. Publicly funded Iranian international media outlet Press TV extensively covered the wanton human rights abuses committed by the occupying Indian forces during this time and specifically pointed out to anyone who was unaware that Imam Hussein was also the third Shia Imam as well as the grandson of Prophet Muhammad, which is exceptionally important because the Islamic Republic of Iran is first and foremost an ideologically driven state constitutionally beholden per Article 154 to “support the struggles of the oppressed for their rights against the oppressors anywhere in the world.”

It is therefore absolutely unacceptable for Iran to not at the very least respond in an asymmetrical way while its co-confessionals are being visibly oppressed by occupying forces while attempting to commemorate the martyrdom of such an important Islamic figure, which explains why Tehran decided to cross the Rubicon and have its Ambassador to India publicly talk about its plans to construct E-CPEC+ despite knowing that his words would indelibly alter the dynamics of the Iranian-Indian Strategic Partnership. The Ambassador wisely referenced India’s decision to discontinue purchasing his country’s resources as the reason for his government exploring such a game-changing move, thereby ensuring that it can’t be interpreted as anything “hostile” or “anti-Indian” and indirectly laying the blame for any repercussions it could have on the regional balance of power solely at the feet of India’s political leadership. This is crucial to mention because the outcome could very realistically ruin India’s regional plans if the pipeline is ever constructed.

Not only would it naturally strengthen China and Pakistan’s joint regional position, but it might also do the same for Russia’s as well if Moscow decides to get involved in this promising project by bidding to construct it and then pairing its offshore gas reserves in Iran with the rest of the Islamic Republic’s available reserves in order to ensure that the pipeline is truly transformational in the geopolitical sense. Russia already signed a $10 billion memorandum of understanding with Pakistan last October to build an undersea pipeline connecting Iran and India via that nation’s territorial waters, but with New Delhi no longer buying Tehran’s resources, it makes sense for Moscow to modify the proposed project to end in the People’s Republic instead. While India might have thought that it bought Russia’s eternal geopolitical allegiance through the multibillion-dollar deals that were struck in exchange for its full support on Kashmir during Modi’s visit as the guest of honor at the recent Eastern Economic Forum in Vladivostok, it could very well soon find out that there are limits to its influence.

Russia and India are indeed on the same page as regards their grand strategic interest in jointly leading a new Non-Aligned Movement (Neo-NAM), which was elaborated upon by the author in his latest piece about Moscow’s “New Detente” with the West and importantly given an indirect endorsement by the Valdai Club in its latest publication about “The Eurasian Chord and the Oceanic Ring: Russia and India as the Third Force in a New World Order“, in which Moscow’s top think tank toyed with rebranding this concept as the “Peaceful Development Movement”. That said, Russia is sincere in its desire to become the supreme “balancing” force in Afro-Eurasia and isn’t hiding behind euphemisms to disguise any zero-sum ambitions like India is, so it’s entirely feasible that Moscow might seriously consider resuming the original “balancing” intentions of its “Return to South Asia” (prior to them having been offset by its partisan support of India on Kashmir).

By doing so, not only would Russia prove its neutrality in the New Cold War, but it would also be advancing the “Golden Ring” geopolitical concept of strengthening ties between itself, Iran, Pakistan, and China, as well as preempting the possibility of becoming too strategically dependent on India (seeing as how its “Pivot to India” in Vladivostok was due in part to similar concerns vis-a-vis China). These interconnected outcomes would reassure Russia’s partners that its joint leadership of the Neo-NAM isn’t against any of them but is instead intended simply to maintain “balance” in the hemisphere. The resultant goodwill that Russia would receive from them, and especially the global pivot state of Pakistan, might even give it the edge over India in this nascent “balancing” structure that it’s jointly building with it and therefore enable Moscow to keep New Delhi’s pro-Western leanings towards the US’ so-called “Indo-Pacific” strategy of “containing” China in check.

In other words, although Russia’s leading participation in E-CPEC+ would be driven mostly by economic interests, it would nevertheless also have a strategic impact in maintaining the intra-Neo-NAM “balance” between itself and India, which would in turn allow it to avoid becoming the latter’s “junior partner” in this informal organization by providing it with the possibility of leveraging its future regional influence with other partners through this project’s successful completion in order to “re-balance” their relationship if the need ever arose. The very thought of this happening would hang over the head of Indian strategists like a Damocles’ sword in a way that’s impossible for India to ever reciprocally do to Russia even if it throws its full weight behind the US’ “Indo-Pacific” vision since that decision wouldn’t have any direct impact on Russia like its partner’s growing relations with the “Golden Ring” and the global pivot state of Pakistan would have on India.

The balance of power in the transregional space between West, Central, and South Asia was on the brink of being redefined had Trump not unexpectedly called off his country’s peace talks with the Taliban, but while the scenario predicted by the author in his recent analysis on the topic could still unfold if a deal is ultimately struck sometime in the future, it might have to be greatly modified to account for Iran’s abrupt change of approach towards India after its Ambassador there just announced his country’s interest in exploring the possibility of building E-CPEC+. The unforeseen timing of this development could change the grand strategic calculus at play by providing Russia with the much-needed opportunity to show the rest of Eurasia that it wasn’t “bought off” as India’s “junior partner” for “balancing” China through the jointly pursued Neo-NAM after the outcome of last week’s Eastern Economic Forum. Russia can put to rest any suspicions about its long-term intentions by actively participating in the construction of E-CPEC+ and strengthening its ties with each of the three other involved countries as a result, which could also enable it to keep India’s pro-Western leanings in check too. 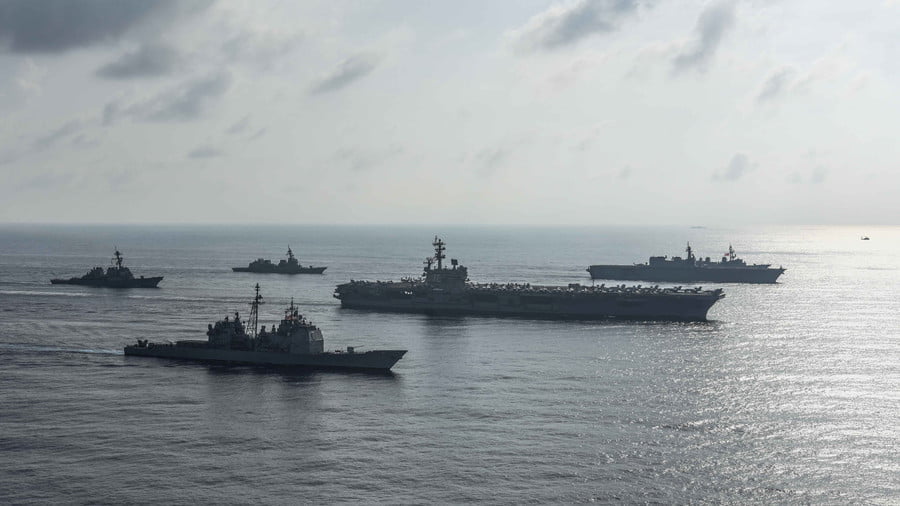 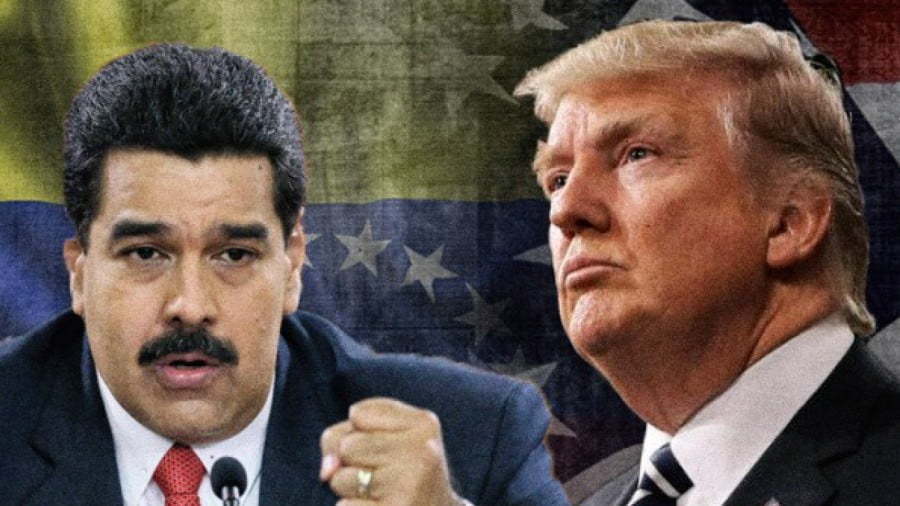 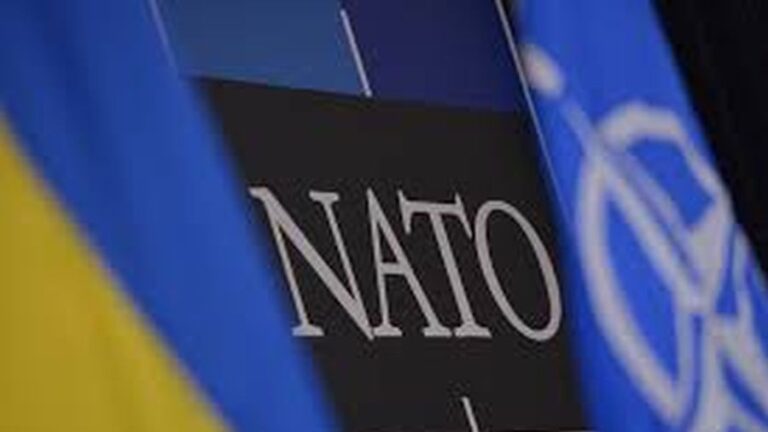 Given the bravery he showed in stepping out front as the first senator to endorse Donald Trump, Jeff Sessions deserves better from his boss than the Twitter-trashing he has lately received. The attorney general has not only been loyal to Trump and his agenda, he has the respect and affection of ex-colleagues in Congress and,… 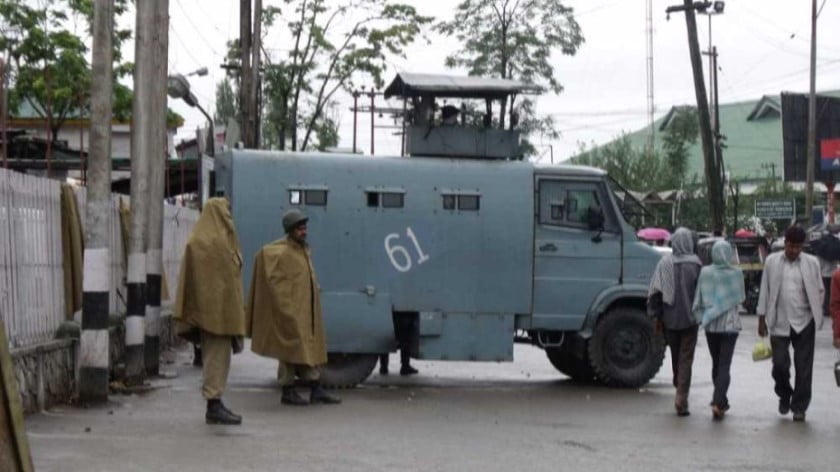