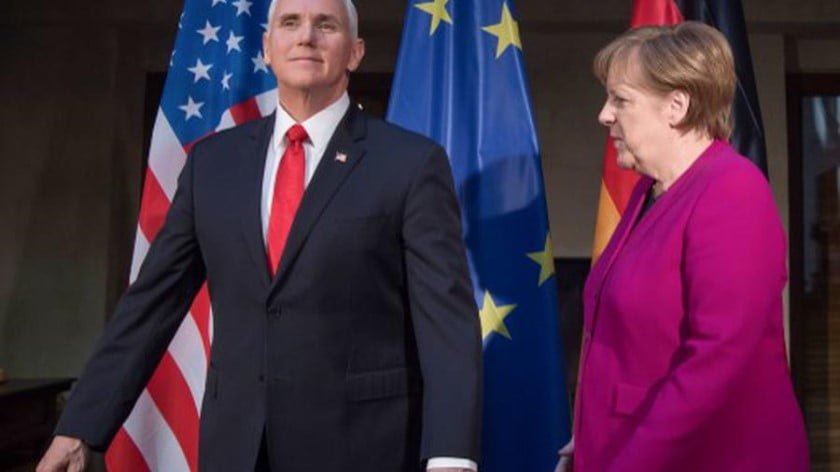 A senior Polish official explained to me recently why his country couldn’t accept American demands to exclude Huawei from Poland’s buildout of 5G broadband. During the early 2010s, the United States ignored Poland entirely, but Huawei made a long-term commitment, and built the country’s entire telecommunications infrastructure. To exclude Huawei at this point would be disruptive as well as prohibitively expensive. Besides, the official explained, Poland’s economic future was bound up with China’s. Its flagship national project, an enormous new airport 40 kilometers east of Warsaw, will be “China’s gateway to the continent.”

That is the background to Vice President Mike Pence’s appearance in Poland on Tuesday to sign a “security pact” requiring “rigorous review” of telecommunications suppliers, that is, Huawei. The pact declares, “We believe that all countries must ensure that only trusted and reliable suppliers participate in our networks to protect them from unauthorized access or interference.”

One strains to recall another such “security pact,” or to comprehend just what such a pact means in terms of diplomacy. It obligates the Poles to nothing except a formal review process. Germany’s telecom regulator undertook such a review process and declared last April that “no equipment supplier, including Huawei, should, or may, be specifically excluded.” German and Chinese government and industry sources report that the Chinese telecom giant persuaded the German government that its 5G technology would not enable China to spy on the Germans, but rather would prevent the United States from doing so. A senior German official is said to have told US Secretary of State Mike Pompeo that Germany was not aware of China tapping Chancellor Angela Merkel’s mobile phone, as the US reportedly did in 2013.

America’s effort to dissuade its allies from using Huawei’s superior 5G technology has for the most part failed dismally, and Pence’s Polish charade looks like a public relations exercise for purposes of damage control.

While Pence went to Poland, Merkel and a large delegation of German business leaders are preparing to fly to Beijing for three days of meetings. Public sentiment in Germany is focused on the Hong Kong protests, and Merkel will be obliged to represent German concerns about Beijing’s crackdown on demonstrators to her Chinese hosts. Nonetheless, the German business daily Handelsblatt reported, “German businesses nonetheless are hoping for breakthroughs in an agreement [with China].” Friedolin Strack, the head of the German industry federation’s Asia task force, explained to the South China Morning Post, “The world economy is not in the best condition, and many markets have become more difficult for various reasons … China’s economic growth slowed only a little and is of increasing importance to our companies.”

Germany appears resigned to China’s ascent as an economic and strategic power, although Germany continues to view the Asian giant with trepidation. The front page of Germany’s leading pro-Merkel daily Die Welt today is dominated by a report on America’s “strategic bankruptcy” in the face of China’s growing military power. Christopher Schlitz’s commentary rehearses the widely-reported study released last week by the United States Studies Center of the University of Sydney, which concluded that Chinese precision missiles could destroy virtually all American strategic assets in Asia in a matter of hours. That isn’t news. The late Andrew Marshall, then director of the Pentagon’s Office of Strategic Assessment, told me as much in 2015. The news is that the news has been acknowledged. The authors of the Sydney study, Schlitz reports, “doubt that the US will be able to respond in the right way to Chinese military preparations, due to the lack of modern weapons system, sufficient training and deployment readiness.”

If the American military is deficient, Germany’s is prostrate. During part of 2019 Germany could not put a single military helicopter in the air, and no more than four of its Tornado fighters at any given time. Only 18% of Germans told a 2017 Gallup poll that they were willing to fight to defend their country. Merkel will give lip service to human rights in Hong Kong, and complain about predatory Chinese acquisitions of German businesses, but her mission in Beijing is to expand German trade with China and to give German companies more access to the Chinese market.

That leaves the United States with little wiggle room, and Pence few choices except Poland. The Poles are friendly to Trump and anxious to accommodate, and evidently were happy to stage today’s masquerade. But the exercise recalls Soviet-era jokes about Russia and Poland, of which my favorite follows:

Brezhnev plans a state visit to Poland, and wants to give the Polish people a mural on the subject. “Lenin In Poland.” The trouble is that Lenin never visited Poland in an official capacity, and the Socialist Realist painters only know how to work from archive photos. Brezhnev orders his secretary Krakpotkin to come up with a painting nonetheless. In desperation, Krakpotkin goes to Rabinowitz, a refusenik starving to death in a garret. “Paint me Lenin in Poland,” says Krakpotkin, “and I’ll get you a visa to Israel.”

The day before Brezhnev is scheduled to leave, Rabinowitz arrives at Brezhnev’s office in the Kremlin with an enormous canvas covered in a drop cloth. He removes the covering, and there is a picture of a man in bed with a woman.

Rabinowitz takes a long drag on his cigarette and says: “Lenin’s in Poland.”

Russia’s foreign policy “rebalancing” is the result of its progressive “deep state” faction obtaining more influence than the traditionalist one in deciding grand strategy. Many observers of Russian foreign policy have been left confused over the past couple of years as Moscow’s deft geostrategic maneuverings in the “Ummah” caught them completely off guard, as they…

Is it a coincidence? In recent history, from the Vietnam war to the present, the month of March has been chosen by Pentagon and NATO military planners as the “best month” to go to war. With the exception of the War on Afghanistan (October 2001) and the 1990-91 Gulf War, all major US-NATO and allied… 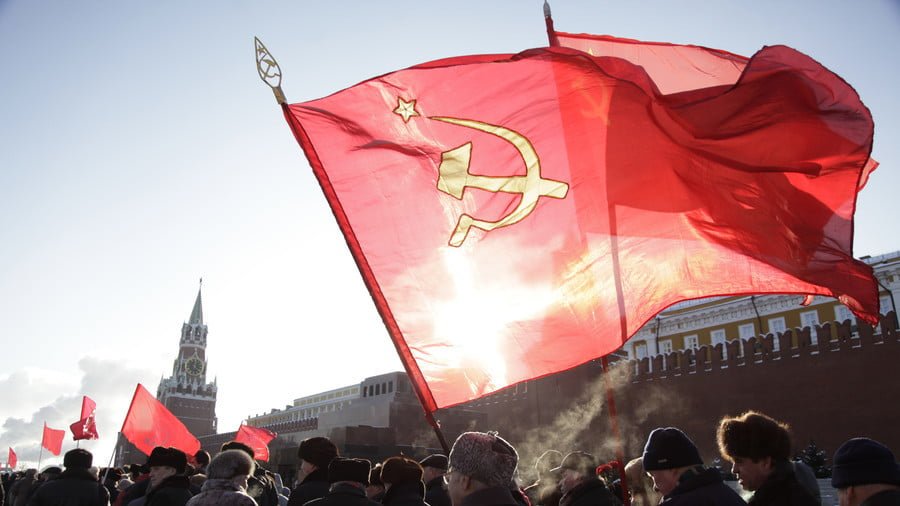 Listening to Western media and politicians these days, you would never guess that nearly three decades ago the Soviet hammer and sickle lowered for the last time over the Kremlin, replaced by the Russian tricolor. Ironically, the collapse of the Soviet Union – an empire made up of 15 republics encompassing some 12 million square… 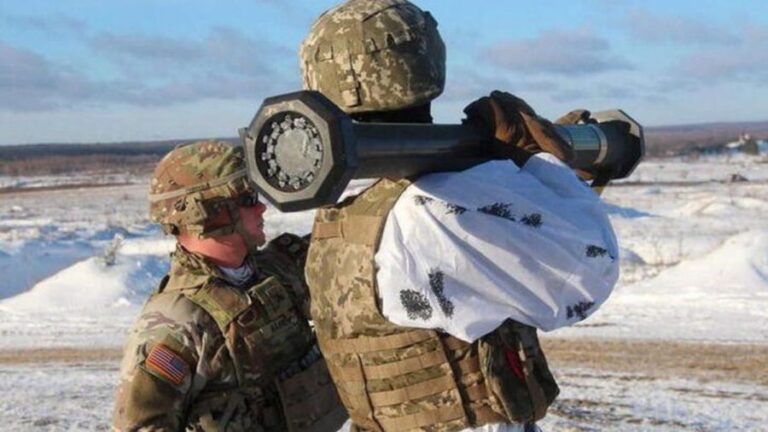 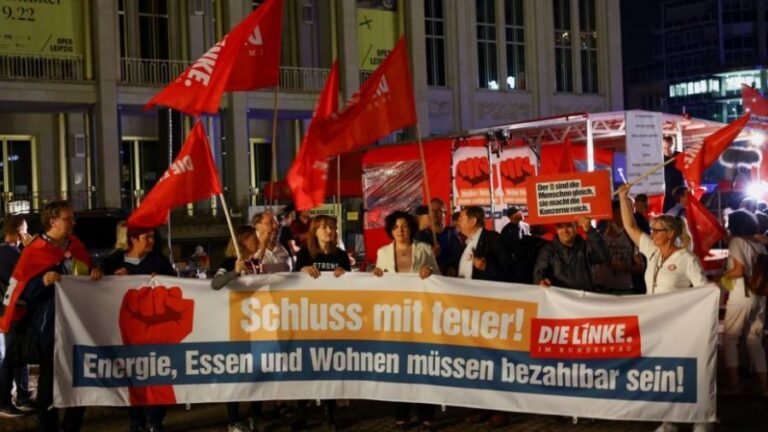