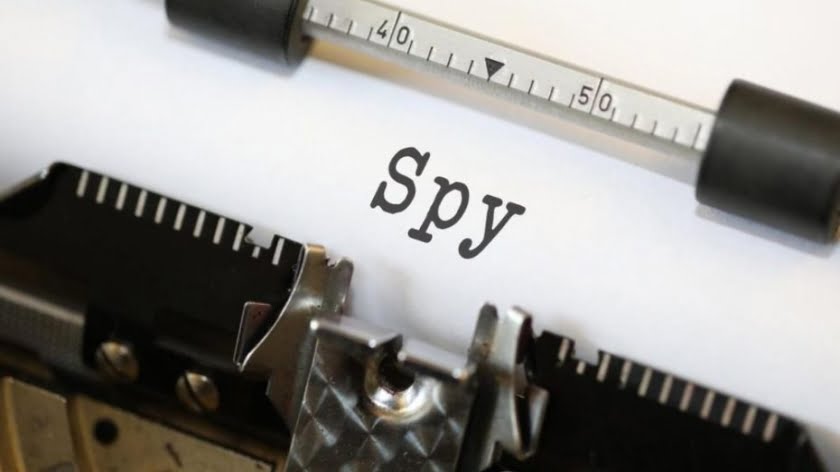 A new spy story has been making the rounds in Washington, but this time it involved a brave Russian official who allegedly was allegedly recruited while in the Russian Embassy in Washington in 2007 and then worked secretly for the CIA until he was exfiltrated safely in 2017 lest he be discovered and caught. The tale was clearly leaked by the Agency itself to CNN by way of “multiple Trump administration officials.”

The CNN headlineExclusive: US extracted top spy from inside Russia in 2017 landed like a bombshell but then pretty much disappeared as journalists noted a number of inconsistencies in the government-produced account of what had taken place. Matt Taibbi observed succinctly that “Seldom has a news story been more transparently fraudulent…the tale of Oleg Smolenkov is just the latest load of high-level BS dumped on us by intelligence agencies.”

The account that appeared in the mainstream media went something like this: A midlevel Russian official named Oleg Smolenkov was recruited decades ago by the CIA. He eventually wound up in an important office in the Kremlin that gave him access to President Vladimir Putin. Smolenkov was the principal source of information confirming that Russia, acting on Putin’s instructions, was trying to interfere in the 2016 presidential election to defeat Hillary Clinton and elect Donald Trump. It was claimed that Smolenkov was actually able to photograph documents in Putin’s desk. CIA concerns that a mole hunt in the Kremlin resulting from the media revelations concerning Russian interference in the election might lead to Smolenkov resulted in a 2016 offer to extract him and his family from Russia. This was successfully executed during a Smolenkov family vacation trip to Montenegro in 2017. The family now resides in Virginia.

The CNN story and other mainstream media that picked up on the tale embroidered it somewhat, suggesting that although Smolenkov was the CIA’s crown jewel, the US has a number of “high level” spies in Moscow. It was also claimed that the timetable for the exfiltration was pushed forward by CIA in 2017 after it was noted that Donald Trump was particularly careless with classified information and might inadvertently reveal the existence of the source. The allegation about Trump carelessness came, according to CNN, after a May 2017 meeting between Trump and Russian Foreign Minister Sergei Lavrov in which the president reportedly shared sensitive information on Syria and ISIS that had been provided by Israel.

Variants of the CNN story appeared subsequently in the New York Times headlined C.I.A. Informant Extracted From Russia Had Sent Secrets to US for Decades, which confirmed that the extraction took place in 2017 though it also asserts that the decision to make the move came in 2016 when Barack Obama was still president.

Taibbi observes, correctly, that CNN and the other mainstream elements reporting the story elaborated on it through commentary coming from anonymous “former senior intelligence officials.” As the networks have all hired ex-spooks, it raises the interesting possibility that employees of the media are themselves providing comments on intelligence operations that they were personally involved in, meaning that they might deliberately promote a narrative that does not cast them in a bad light.

Next morning’s Washington Post story US got key asset out of Russia following election hacking touched all bases and also tried hard to implicate Trump. It confirmed 2016 as the time frame for the decision to carry out the exfiltration and also mentioned the president’s talk with Lavrov in May 2017, though the meeting itself was not cited as the reason for the move. As Taibbi observes, “So why mention it?”

The Russians have denied that Smolenkov was an important official and have insisted that the whole story might be something of a fabrication. And the alleged CIA handling of the claimed top-level defector somewhat bears out that conclusion. Normally, a former top spy is resettled in the US or somewhere overseas in a fake name to protect him or her from any possible attempt at revenge by their former countrymen. In Smolenkov’s case, easily public accessible online county real estate records indicate that he bought a $1 million house in Stafford Virginia in 2018 using his own true name.

If the Russians were truly conducting a mole hunt that endangered Smolenkov it may have been because the US media and their anonymous intelligence sources have been bragging about how they have “penetrated the Kremlin.” A Washington Post June 2017 articled called “Obama’s Secret Struggle to Punish Russia for Putin’s Election Assault is typical. In that article, the author describes how CIA Director John Brennan secured a “feat of espionage” by running spies “deep within the Russian government” that revealed Russia’s electoral interference.

So, the Smolenkov story has inconsistencies and one has to question why it was deliberately leaked at this time. The only constant in the media coverage is the repeated but completely evidence-free suggestion that the mole was endangered and had to be removed because of Donald Trump’s inability to keep a secret. One has to consider the possibility that the story has been leaked at least in part due to the continuing effort by the national security state to “get Trump.”

Highly recommended is former weapons inspector Scott Ritter’s fascinating detailed dissection of Smolenkov’s career as well as a history of the evolution of CIA spying against Russia. Scott speculates on why the leak of the story took place at all, examining a number of scenarios along the way. Smolenkov, who, according to former CIA officer Larry Johnson, has oddly never been polygraphed to establish his bona fides, might have been a double agent from the start, possibly a low level functionary allowed to work for the Americans so the Russian FSB intelligence service could feed low level information and control the narrative. It is a “dirty secret” within the Agency that many agents are recruited by case officers for no other reason than to enhance one’s career. Such agents normally have no real access and provide little reporting.

Or alternatively, Smolenkov might have been someone who was turned after recruitment or a genuine agent who was trying to respond to urgent demands from his controller in Washington, who was de facto John Brennan, by producing a dramatic report that was basically fabricated. Or the story itself might be completely false, an attempt by some former and current officials at CIA to demonstrate a great success at a time when the intelligence community is under considerable pressure.

Scott also believes, as do I, that the story was leaked because John Brennan and his associates knew that they were deliberately marketing phony intelligence on Russia to undermine Trump and are trying to preempt any investigation by Attorney General William Barr on the provenance of the Russiagate story. If it can be demonstrated somehow that the claims of Kremlin interference came from a highly regarded credible Russian source then Brennan and company can claim that they acted in good faith. Of course, that tale might break down if anyone bothers to interview Smolenkov.

Another theory that I tend to like is that the CIA might be making public the Smolenkov case in an attempt to lower the heat on another actual high-level source still operating in Moscow. If Russia can be convinced that Smolenkov was the only significant spy working in the Kremlin it might ratchet down efforts to find another mole. It is an interesting theory worthy of spy vs. spy, but one can be pretty sure that Russian counterintelligence has already thought of that possibility and will not be fooled.

The reality is that spying is a highly creative profession, with operational twists and turns limited only by one’s imagination. In this case, unless someone actually succeeds in interviewing Oleg Smolenkov and he decides to tell the complete truth as he sees it, the American public might never know the reality behind the latest spy story. 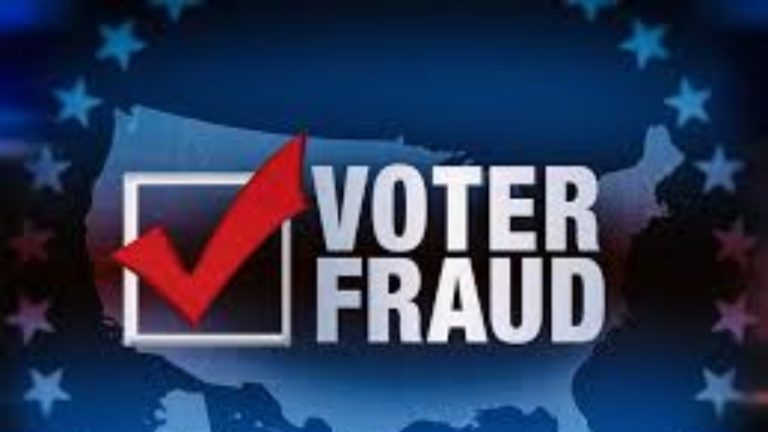 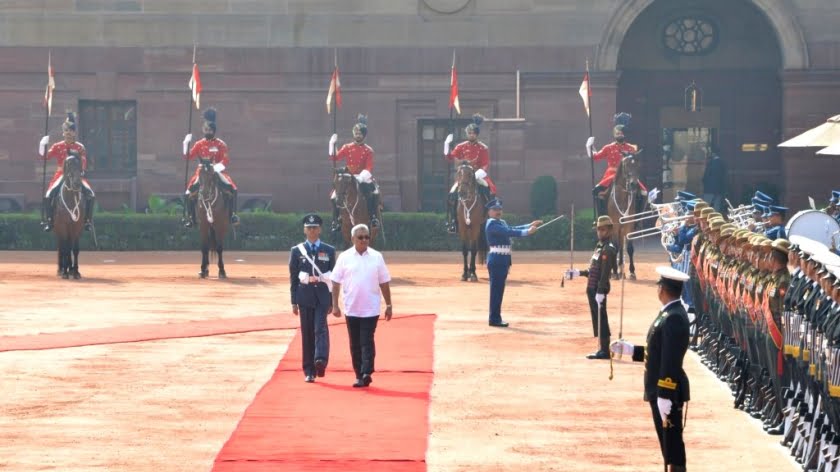 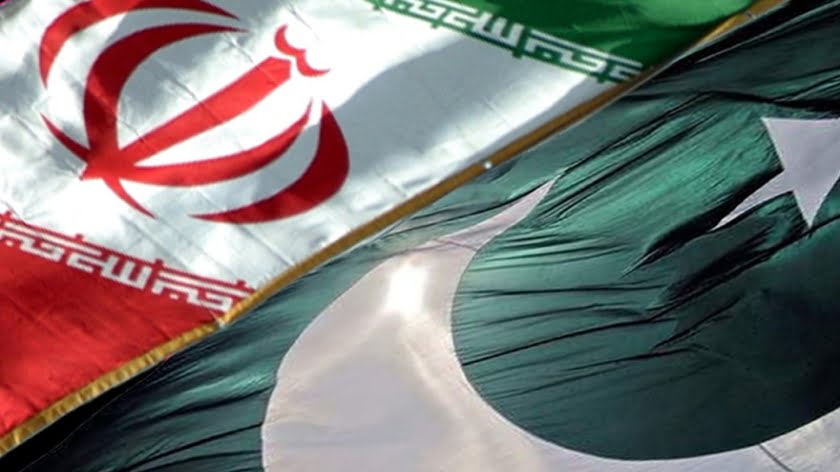