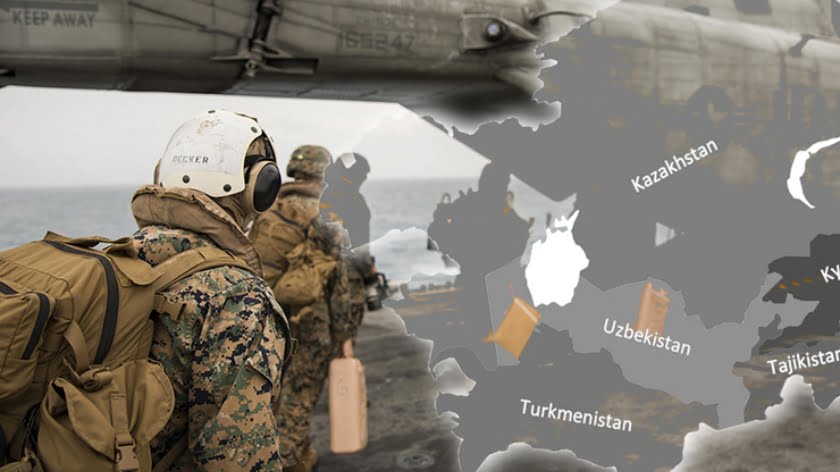 As far back as 1997, during his speech at Johns Hopkins University, the then U.S. Deputy Secretary of State Strobe Talbott defined a number of principles that later on became widely known as the Talbott Doctrine. Without going into too much detail, the basic premise of it was as follows: “We have no business being in Central Asia, but we will not let anyone else throw their weight around there either.”

Still, in the 1990s, the idea of strengthening U.S. positions in Central Asian CIS nations inspired solely theorists in Washington. There were several reasons for this state of affairs, with the key one being the removal of nuclear weapons from Kazakhstan by April 1996 as part of the Nunn-Lugar Cooperative Threat Reduction Program. In other words, the “main threat” had been eliminated and there was no need for the United States to establish closer relations with these Central Asian countries. Even the number of signed bilateral agreements and memorandums in 1996 reduced to almost 0 from a several dozen in 1995. As a result, most of the U.S. projects in Central Asia started at that time were not realized. And the nations of Central Asia even became the domain of the Bureau within the U.S. Department of State responsible for Afghanistan and not the post-Soviet space. U.S. influence in the region noticeably declined after the closure of American military bases in Khanabad (Uzbekistan) and Manas Airport (in Bishkek, Kyrgyzstan).

However, even Donald Trump’s predecessor, Barack Obama, began to more and more seriously consider the idea of confronting Russia and China in Central Asia by increasing U.S. influence and political strife there, and even organizing “color revolutions” with the help of various non-profit organizations. To further U.S. policies and interests in this region, during the last year of his presidency, Barack Obama proposed to Kazakhstan, Kyrgyzstan, Tajikistan, Turkmenistan and Uzbekistan that they hold regular negotiations together. This platform of cooperation was subsequently called C5+1 (i.e. the five Central Asian nations plus the United States).

The USA also then remembered about the infrastructure initiatives involving Central Asian nations, conceived at the beginning of the 1990s, including Washington’s numerous concepts as the Greater Central Asia and the Greater Middle East. The key premise behind them was to treat the five former Soviet republics as an indelible part of the Muslim world, and to view them as an additional means of removing this region from Russia’s and China’s spheres of influence.

However, neither the projects nor the new C5+1 format brought the United States any closer to its goal of strengthening its positions in this region, and the end of Barack Obama’s presidential term seemingly put an end to these initiatives for good.

Donald Trump remembered about the C5+1 platform only after two years in presidential office, primarily because of increasing tensions in Afghanistan and the need for the White House to find a solution to the issue of reducing its presence in this volatile nation and the region as a whole. The U.S. President even became fixated on the idea of finding partners in the region who would be prepared to take on some of the responsibility with regards to the aforementioned issue.

When the Central Asian countries expressed their willingness to help, Donald Trump responded immediately by sending Under Secretary of State for Political Affairs David Hale to the region in August of this year. In the opinion of a number of experts on this region, even if the United States does not have a comprehensive long-term agenda for this region, the main aim of David Hale’s visit was to discuss the extent of Central Asian nations’ involvement in resolving the Afghan issue to the benefit of Washington, and to use its levers of influence in order to weaken Russia’s, China’s and Iran’s positions in this part of the world.

Undoubtedly, active collaboration between the Central Asian nations and Russia within the framework of the Eurasian Economic Union (EAEU) is not to the benefit of U.S. expansionist policies. However, at present, even in theory, the United States has no structures that it could replace the EAEU and the CSTO (Collective Security Treaty Organization) with. The fact that Russia’s influence in the region is not waning is not the only cause for concern for Washington. It must also be surely worried about the level of enthusiasm with which Xi Jinping is promoting his highly ambitious global development strategy, the Belt and Road Initiative. However, for now the United States is not prepared to propose an alternative to this project to the Central Asian countries or to make investments rivalling those of China there. Moreover, as tensions between the United States and the PRC continue to increase (because of U.S. actions), an additional thorn in U.S. side became the fact that Beijing had begun to more actively vie for the position of chief mediator in discussions on security issues in Afghanistan.

Nowadays, Kazakhstan is viewed by Washington as one of its key partners in Central Asia, and this nation’s comparatively strong economy (in the region) and energy resources have always been of interest to the United States. The fact that Kazakhstan is experiencing a shift in power and a political transformation has only increased U.S. interest in this nation recently, especially from the perspective of possibly upping its influence in Kazakhstan and the region as a whole. Hence, the United States has been actively broadening the scope of its economic cooperation with Kazakhstan and increasing its investments in this nation, where 300 U.S. companies currently operate. Last year, U.S. investment in the economy of this country reached $5.3 billion. And in the period of January to June of this year, the trade turnover between the two nations was $1.1 billion, which is 31.8% higher than that during the same period in 2018.

Additionally, nowadays, providing logistical support to American troops in Afghanistan is a key area of collaboration between the USA and Kazakhstan, as delivering supplies via Pakistan became problematic even before Donald Trump came to power (still, he was in part responsible too), and doing so via Russia (Ulyanovsk) is also an issue today.

Despite a good relationship between the United States and Kazakhstan, Washington’s key military and political partner in the region is actually Uzbekistan at present. Interest in this country has increased noticeably recently, especially after Shavkat Mirziyoyev became President and began to implement nation-wide reforms that Washington began to view as a “window of opportunity”, which could enable the United States to increase influence in Uzbekistan, a strategically important place for the global power. After all, all three branches of the Central Asia–China gas pipeline, which connects the PRC to Turkmen natural gas fields, run through Uzbekistan. And the fourth branch of this pipeline that will reach Kyrgyzstan and Tajikistan, and connect them to China is also expected to pass via Uzbekistan. The opportunity to exercise “soft power” over these conduits during a trade war with the PRC is especially appealing for the USA. Hence, plans to increase the US economic presence in Uzbekistan are being formulated in order to later transform it into political influence.

In addition to promoting its own interests in Central Asia, it is also important for Washington to undermine the cooperation between the Russian Federation and China, in the hopes of orchestrating a clash of Russia’s and China’s interests in one of the regions bordering both of these nations. Hence, the United States is currently actively working through a number of scenarios of such clashes not only from an expert analytical perspective but also from a political and propagandist one (via media outlets and social networks). Most often, the focus of such propaganda efforts is on China’s economic “invasion” of Russia’s sphere of influence, and the claims that PRC’s military and political expansion is to follow. Such material, which also attempts to discredit the roles of the Russian Federation and China in the region, is being actively promoted and disseminated by news website Caravanserai, which is sponsored by USCENTCOM (the United States Central Command) and employs mainly Georgian and Ukrainian authors whose views fit in well with the anti-Russian narrative spread by the U.S. propaganda machine. However, Moscow and Beijing understand that their interests in Central Asia may intersect, and are capable of building relations with each other in a way that ensures no insoluble problems arise. As a result, they came up with a promising idea to integrate the Eurasian Economic Union (EAEU) and China’s New Silk Road development initiative. 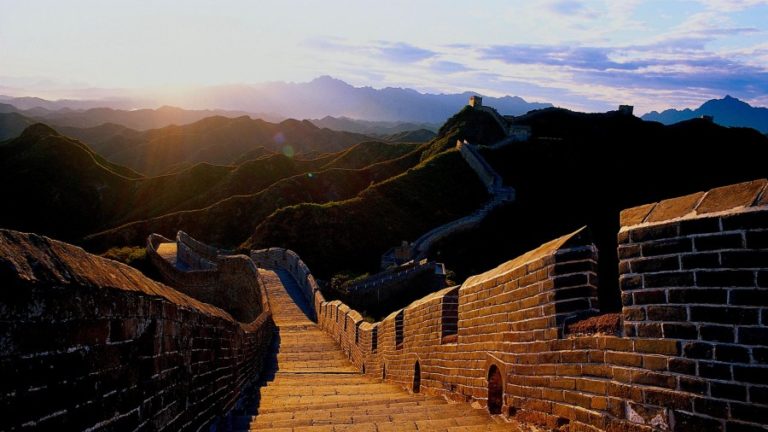 On November 14, 2017 military forces in Zimbabwe took control of the streets, sequestered President Robert Mugabe in his residence, and publicly announced that the kinda sorta but not really coup was merely a clean-up operation intended to “target criminals.” While the claim does have some merit – Zimbabwe’s government, like those of nearly all… 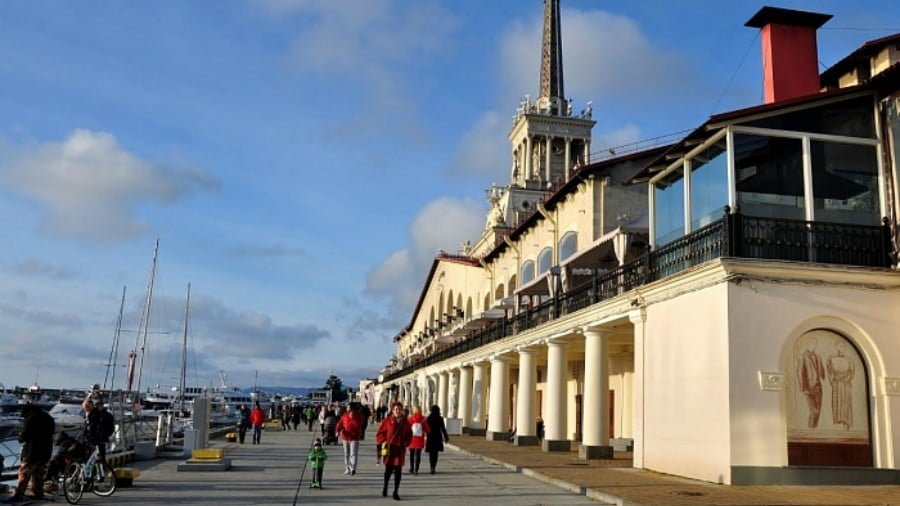 The recent disturbances in Iran have put Tehran on the strategic regional defensive, and the foreign policy slogans that are being shouted are obvious signs that pressure is being put on it to enact “concessions” during the upcoming Sochi Syrian Congress. The Russian seaside city of Sochi will host the upcoming “Syrian National Dialogue Congress”…