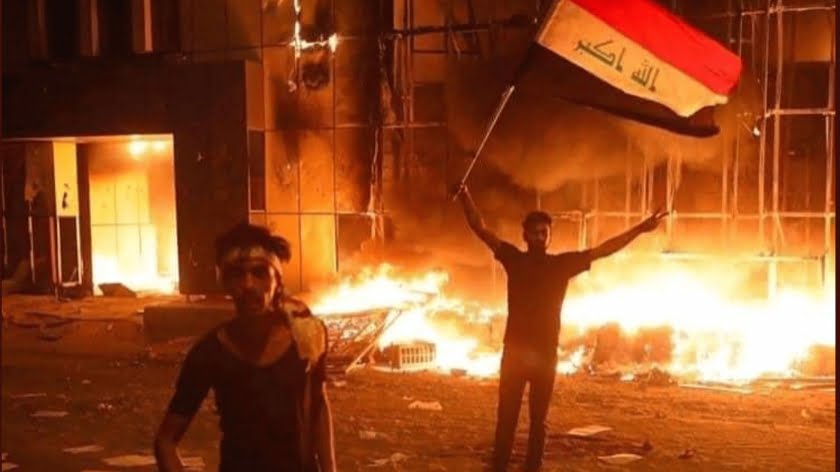 The current unrest in Iraq began a week ago after a prominent general was removed from his post:

Lieutenant General Abdul Wahab al-Saadi was the great Iraqi military hero of the war against Isis, leading the assault on Mosul which recaptured the de facto Isis capital after a nine-month siege in 2017.

But at the weekend he was suddenly removed as the commander of the Counter Terrorism Service (CTS) shock troops, the elite corps of the Iraqi armed forces, by Prime Minister Adel Abdel Mahdi. He was instead given what the general considered to be a non-job at the Defence Ministry.

Saadi has refused to accept the move against him, and described his new posting as an “insult” and a “punishment”. His effective demotion has provoked a wave of popular support for arguably Iraq’s most esteemed general, on the streets as well as on social media.

The CTS is a force that often cooperates with the U.S. military. Abdul Wahab al-Saadi is a U.S. trained officer. He was suspected to be the head of an imminent overthrow of the government.

For months there have been rumors of a U.S. instigated coup in Iraq:

Qays Khaz’ali is a leader of Shia groups who twelve years ago fought against the U.S. and British invaders.

During the last five days there have been protest all over the south of Iraq where the majority of the people are Shia. The protest escalated within a few days into shootings with over a hundred killed. In several cities party and government offices were burned and various groups hustle to take a position in the “leaderless” movement.

There are legitimate reasons for protests. The majority of the people in Iraq is younger than 20 years. The people have little chance of finding a job. The state is weak and many of its actors are corrupt. Services the state is supposed to provide don’t get delivered. Electricity and water supply is often sparse.

But those are not the reasons why the protests immediately escalated into violence:

During the 2014 U.S. coup in Ukraine the same method was used to inflame the country.

The snipers are not the only sign that the protests are not genuine:

The protests are part of the conflict between the U.S., its Saudi proxies, and Iran.

The immediate aim is to bring down the government under Prime Minister Adel Abdel Mahdi who strove to stay neutral in the conflict between the U.S./Israel/Saudi Arabia and Iran:

The recent decisions of Abdel Mahdi made him extremely unpopular with the US. He has declared Israel responsible for the destruction of the five warehouses of the Iraqi security forces, Hashd al-Shaabi, and the killing of one commander on the Iraqi-Syrian borders. He opened the crossing at al-Qaem between Iraq and Syria to the displeasure of the US embassy in Baghdad, whose officers expressed their discomfort to Iraqi officials. He expressed his willingness to buy the S-400 and other military hardware from Russia. Abdel Mahdi agreed with China to reconstruct essential infrastructure in exchange for oil, and gave a $284 million electricity deal to a German rather than an American company. The Iraqi Prime Minister refused to abide by US sanctions and is still buying electricity from Iran and allowing the exchange of commerce that is bringing large amounts of foreign currency and boosting the Iranian economy. And lastly, Abdel Mahdi rejected the “Deal of the Century” proposed by the US: he is trying to mediate between Iran and Saudi Arabia and therefore is showing his intention to keep away from the US objectives and policies in the Middle East.

The violent protest in Iraq are part of a larger undeclared war against Iran.

A recent attempt to kill Major general Qassem Soleiman, the leader of Iran’s Quds force, is part of it:

The suspects had plotted to kill Soleimani during the Ashoura religious commemorations on September 9 and 10, according to Taeb.

They sought to buy a property near a mosque built by Soleimani’s father in the city of Kerman, dig a tunnel underneath the site and rig it with “350 to 500 kilogrammes of explosives”, he said.

The team planned to “blow up the entire place” as soon as Soleimani entered the mosque for Shia mourning ceremony.

Taeb said the suspects “went to a neighbouring country” and “large sums of money were spent to train and prepare them” to carry out the attack.

New U.S. sanctions against Lebanese banks who allegedly support Hizbullah are likewise part of U.S./Israeli/Saudi effort to squeeze Iran and its proxies:

The Trump administration has intensified sanctions on the Lebanese militant group and institutions linked to it to unprecedented levels, targeting lawmakers for the first time as well as a local bank that Washington claims has ties to the group.

Two U.S. officials visited Beirut in September and warned the sanctions will increase to deprive Hezbollah of its sources of income. The push is further adding to Lebanon’s severe financial and economic crisis, with Lebanese officials warning the country’s economy and banking sector can’t take the pressure.

“We have taken more actions recently against Hezbollah than in the history of our counterterrorism program,” Sigal P. Mandelker, undersecretary for terrorism and financial intelligence at the U.S. Treasury, said in the United Arab Emirates last month.

Mandelker, who was born and grew up in Israel and is furthering its interest, recently announced that she will leave the administration. This might be a sign that the pressure policy against Iran and other countries will change.

But for now the riots in Iraq are likely to escalate.

One demand of the protesters is a resignation of the government, another is the change of the election law to eliminate large party blocks in the parliament. Either would further weaken the country.

Two events – the terrorist attack that took place in Iran on June 7 and the rift in the Arab world announced on June 5 – mirror the general trend toward abrupt and very grave deterioration of the situation in the Middle East. Analysis of the recent events leads to the conclusion that it’s not a coincidence and the… 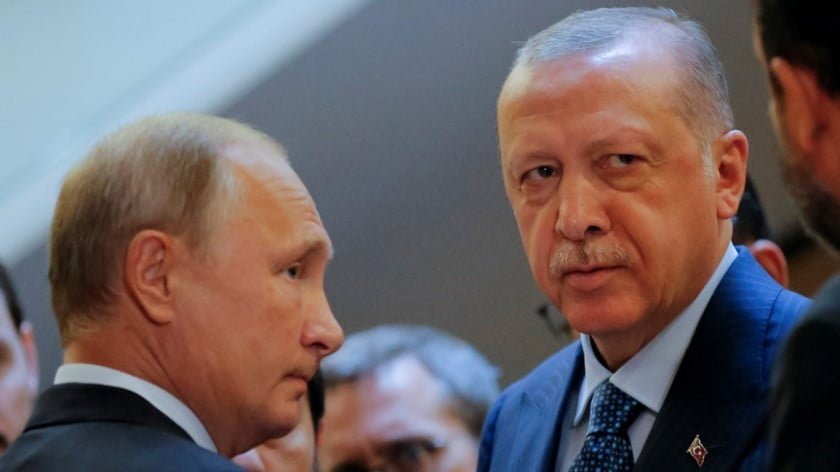 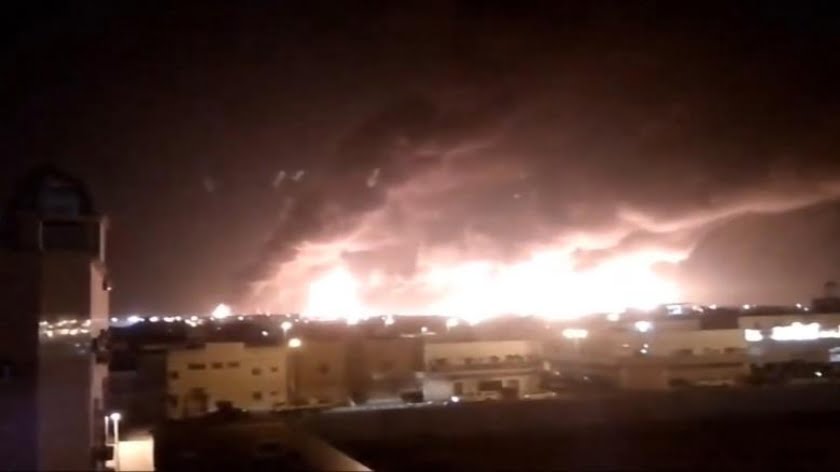 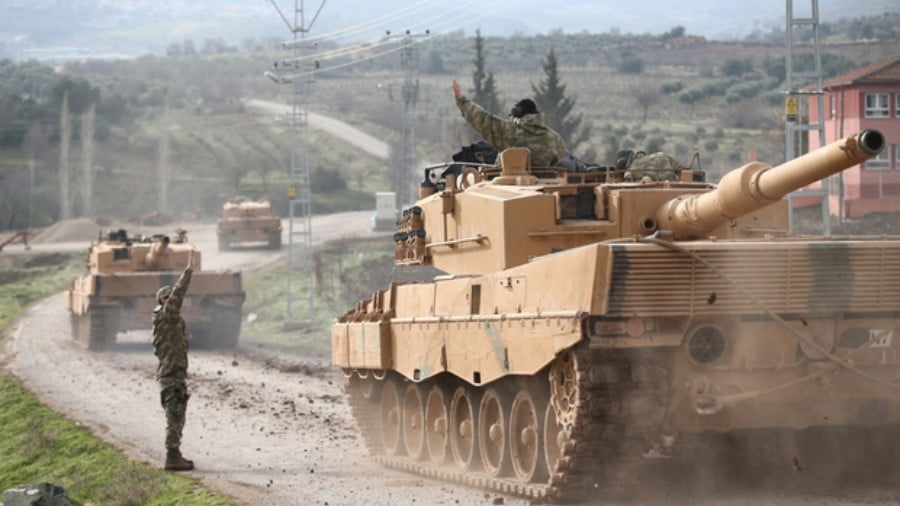 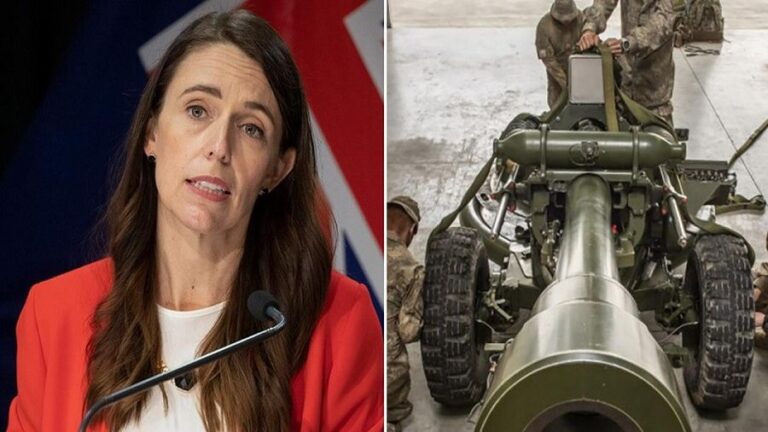