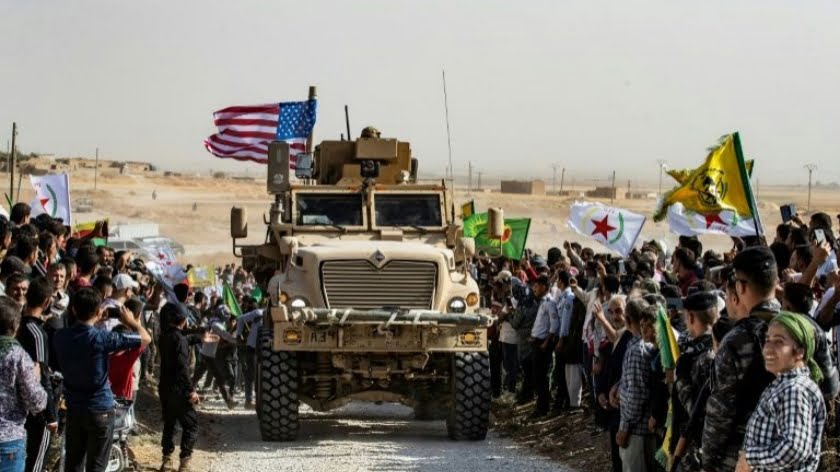 The US president Donald Trump is not known to practise judo. A few judo techniques he may have got to know from his Russian counterpart Vladimir Putin, who is a Black Belt. But what Trump has just done to Turkey’s President Recep Erdogan is straight out of a Physics concept in judo.

Taking advantage of the opponent’s momentum is a smart judo technique. If he charges at you and you just stood there, he’ll knock you over. But the velocity he’s gaining can be simply used against him by pulling him over, which will cause him to throw himself. You can save yourself a lot of time and energy if you can take advantage of your opponent’s momentum.

Erdogan has been vociferously threatening to invade Syria and decimate the Syrian Kurds aligned with the US military who are ensconced in the northern regions bordering Turkey. In the past year or so, the US has been trying in turn to pacify Erdogan, appease him, cajole him and at times even threaten him not to launch an incursion into northern Syria east of the Euphrates where residual pockets of ISIS still exist and thousands of ISIS fighters are interned in camps under the watch of the Kurdish militia, their implacable foe.

On Saturday, Erdogan lost his cool and gave a timeline. He threatened that since the US hasn’t accommodated his demands to clean up the “terrorist corridor” along Turkey’s border with Syria nor fulfilling the agreement to set up a “safe zone” in northern Syria, he is going to take matters in his hands and launch a unilateral invasion east of the Euphrates “as soon as today or tomorrow.”

In Erdogan’s words, “We have completed our preparations and action plan, the necessary instructions were given. It is maybe today or tomorrow the time to clear the way for peace efforts which is set and the process for them was started. We will carry out a ground and air operation.”

The statement made it clear that the US “will not support or be involved in the (Turkish) operation” and the US military contingent in northern Syria “will no longer be in the immediate area (of Turkish incursion).” It added that“Turkey will now be responsible for all ISIS fighters in the area captured over the past two years in the wake of the defeat of the territorial “Caliphate” by the United States.”

How far Trump and Erdogan reached an understanding remains unclear. The Turkish readout claimed that Erdogan will visit Trump in November.

At any rate, Trump doesn’t want the US troops to get caught in a crossfire between the Turks and the Kurds in Syria. In a series of tweets, he reverted to the refrain that the US had no business to remain militarily engaged in Syria. Trump tweeted:

“The United States was supposed to be in Syria for 30 days, that was many years ago. We stayed and got deeper and deeper into battle with no aim in sight. When I arrived in Washington, ISIS was running rampant in the area. We quickly defeated 100% of the ISIS Caliphate, including capturing thousands of ISIS fighters, mostly from Europe. But Europe did not want them back, they said you keep them USA! I said “NO, we did you a great favor and now you want us to hold them in U.S. prisons at tremendous cost. They are yours for trials.” They again said “NO,” thinking, as usual, that the U.S. is always the “sucker,” on NATO, on Trade, on everything.”

“The Kurds fought with us, but were paid massive amounts of money and equipment to do so. They have been fighting Turkey for decades. I held off this fight for almost 3 years, but it is time for us to get out of these ridiculous Endless Wars, many of them tribal, and bring our soldiers home. WE WILL FIGHT WHERE IT IS TO OUR BENEFIT, AND ONLY FIGHT TO WIN. Turkey, Europe, Syria, Iran, Iraq, Russia and the Kurds will now have to figure the situation out, and what they want to do with the captured ISIS fighters in their “neighbourhood.” They all hate ISIS, have been enemies for years. We are 7000 miles away and will crush ISIS again if they come anywhere near us!”

Meanwhile, RT has cited Kurdish sources to the effect that the US military pullout from parts of eastern Syria is already under way. A terrible beauty is born — Trump is finally having his way on troop withdrawal from Syria.

The stunning development compels all protagonists to scurry like headless chicken. The first reaction from the Kremlin betrays a sense of unease that the mercurial Turkish president may now become Russia’s headache. The Kremlin spokesmen Dmitry Peskov refused to be drawn into a discussion on Trump’s unexpected decision — “it’s not for us to decide what this signal is about.” He blandly repeated the Russia’s position that “all foreign troops illegally present in Syria must leave the country.”

Russia’s predicament is understandable. So long as Erdogan was grappling with the US, Moscow could stand back and take vicarious pleasure and take advantage of it. But now Trump has thrown in the towel, signalling he’s had enough of Erdogan’s tantrums.

In principle, Russia should welcome the US withdrawal. But if Turkey moves into northern Syria, it will open a Pandora’s box — to be sure, Damascus will object; Iran has already warned Turkey against an invasion and offered to mediate with the Kurds; Kurdish militia will resist the Turkish military; Damascus may seize the opportunity to launch an offensive to take control of Idlib in northwestern Syria from the hands of radical Islamist groups (which are supported by Turkey).

Russia may find itself in the unenviable position of being the broker on all these fronts. No doubt, a Turkish invasion of Syria at this point will infinitely complicate Moscow’s delicate moves on the diplomatic chessboard in search of a Syrian settlement.

To be an arbiter and a protagonist at the same time is an impossible situation even for Russian diplomacy. Of course, it cannot be ruled out that the Turkish military may get bogged down in a quagmire in northern Syria.

Trump is also sure to face a lot of criticism on several scores. The Kurds have a lobby in the Beltway and there is going to be criticism that Trump is throwing the Kurdish allies under the bus and that will erode the US credibility as a dependable ally in the Middle East.

A powerful section within the Pentagon and the US intelligence establishment sees Syria through the Cold War prism and believes that an open-ended American military presence in Syria is a strategic imperative, given the Russian military bases in that country. This viewpoint will have resonance among the political elite, think tanks and the media who are critical of Trump.

On the contrary, Trump can bank on the optics of his decision — that he is ending US involvement in a Middle Eastern war that doesn’t concern American interests directly. The domestic opinion favours such an outcome.

In overall terms, the US withdrawal from Syria has profound implications for the region. Israel will be even more dependent on Russian benevolence. Russia has cautioned Israel against destabilising the Syrian situation. If Turks prove recalcitrant, the Russian-Turkish-Iranian axis in Syria will meet sudden death.

Peskov said Putin has not yet had any contact with Erdogan. Trump’s decision leaves Erdogan utterly free to order the troops to invade Syria. But he will also be moving into the vacuum created by the US withdrawal in hostile territories. It’s unlikely that NATO will stand by Turkey in this risky adventure.

In fact, Turkey stands in splendid isolation. It cannot but be gripped with angst — feeling like trapped in an infinite Sisyphean nightmare. Turkey joins Saudi Arabia as a fallen angel in the Beltway.

Fundamentally, these developments signify that the US retrenchment in the Middle East is accelerating. Trump has made it abundantly clear that he has no intentions of going to war with Iran for safeguarding Saudi Arabia. Now, his decision on Syria will trigger disquiet in the Saudi mind that he may take a similar approach to the war in Yemen at some point very soon.

The big picture is that the regional states are coming under pressure to sort out their differences and disputes through own initiatives. Which indeed is a good thing to happen. There are signs that the UAE and Saudi Arabia are seeking a modus vivendi with Iran.

Most certainly, during his visit to Saudi Arabia in the weekend, Putin is going to push for the Russian concept regarding a collective security architecture in the Persian Gulf region. In recent remarks, Putin suggested that Russia and the US along with some others such as India could be “observers” in an inclusive collective security mechanism amongst the Persian Gulf states. 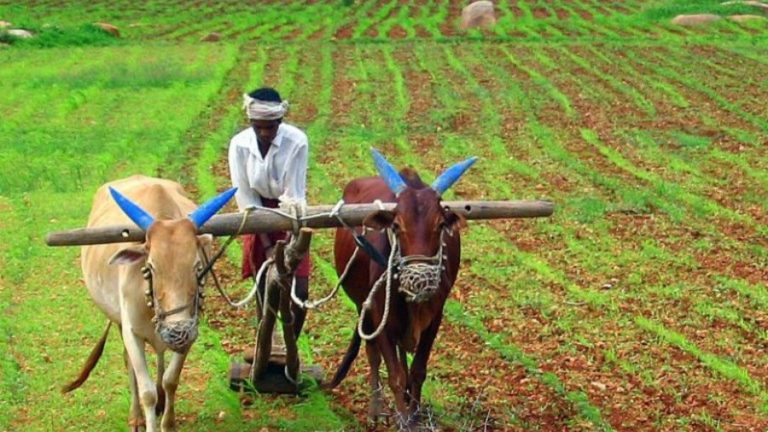 Much outrage has been expressed in recent weeks over President Donald Trump’s invitation for a White House visit to Rodrigo Duterte, president of the Philippines, whose “war on drugs” has led to thousands of extrajudicial killings. Criticism of Trump was especially intense given his similarly warm public support for other authoritarian rulers like Egypt’s Abdel… 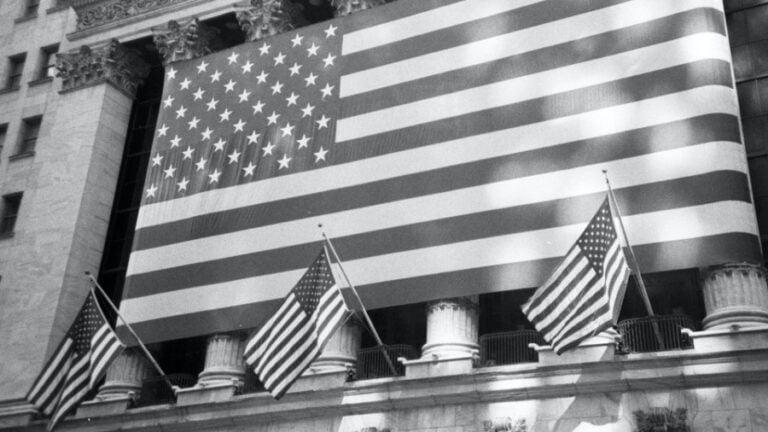 “There are few ways in which a man can be more innocently employed than in getting money,” is an insight the famed biographer James Boswell attributed to Samuel Johnson. Clients of the late Bernie Madoff, however, might take issue. Over four decades, Madoff, acclaimed as the greatest fraudster of them all, ran a Ponzi scheme…