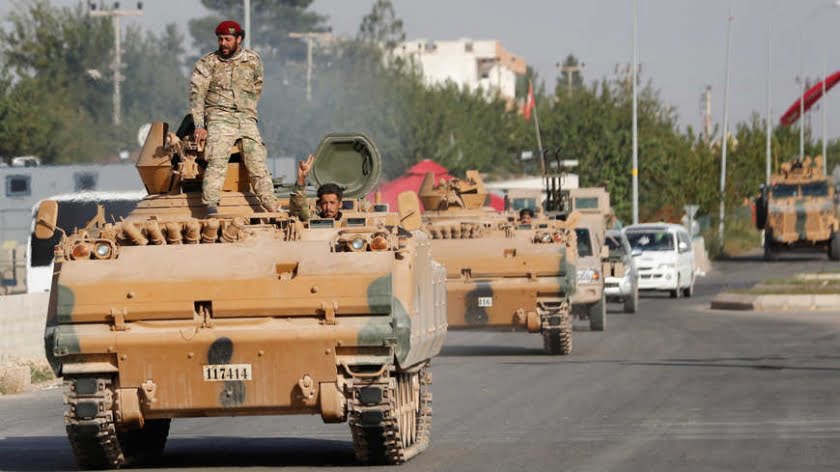 Turkey, dubbing the operation it launched in northern Syria on Oct. 9 Operation Peace Spring (which also could be translated as Operation Fountain of Peace), has been reorganizing Syrian militia groups loyal to Ankara under the banner of the Syrian National Army, or Jaish al-Watani in Arabic.

Turkey’s choice of names with peaceful and nationalist connotations of course has manipulative and propaganda dimensions to appeal to domestic and foreign public opinion. Turkey found nothing wrong with taking armed groups with checkered records that were implicated in Afrin crimes such as looting, ransom, abductions and torture under the label of the National Army and moving them east of the Euphrates to link up with the Turkish army to join the fight against the People’s Protection Units (YPG) at Tell Abyad.

Before the operation was launched, groups such as the Hamza Division and the Suleiman Shah Brigade were retrained in Afrin in machine-gun firing, close-quarters combat, street clashes and infiltration tactics.

The formation of the new National Army with the participation of outfits that were active at Azaz, Jarablus, al-Bab, Afrin, Idlib and Latakia was announced at a press conference in Sanliurfa on Oct. 4. According to information offered by Abdurrahman Mustafa, the Turkey-guided president of the Syrian provisional government, the new army is composed of the former Syrian National Army (also known as the Free Syrian Army) and groups affiliated with the National Liberation Front. This new army will operate under the provisional government’s defense ministry and its components will not be using their original names.

Groups that were under National Liberation Front, which was dominated by Islamist groups, will be incorporated into the new army under designations of 4th, 5th, 6th and 7th corps. The original National Army was organized into three corps. They will retain their organizational charts.

The statements of National Army officials are based on prevailing political discourse in Turkey. “Our people east of the Euphrates have been subject of massacres. Their villages were razed and burned down and they were forced to emigrate. Our duty is to eliminate this cruelty and to support Turkey’s anti-terror struggle,” Abdurrahman Mustafa said.

Selim Idris, the defense minister of the provisional government and chief of general staff, said, “We will fight against all terror organizations led by the PYD/PKK.” He was referring to the Democratic Union Party (PYD), an offshoot of the Kurdistan Workers Party (PKK) , which Turkey and many Western powers consider a terrorist organization, including the United States.

A statement attributed to the National Army that deployed to the field Oct. 10 declared there will be no pity for Kurdish fighters. “Hit them with iron fists, let them feel the hell of your fire,” the statement said.

Past efforts to bring all armed groups to unite under a single structure had either failed or remained as mere showcases. Indeed, it is still not clear how many factions joined the National Army with what strengths and how many will be participating in Operation Peace Spring.

Among them, 21 previously received aid from the CIA or the Pentagon. Also, 14 have been provided TOW anti-tank missiles. This reveals a stark dilemma: The groups that were educated and equipped by the United States west of the Euphrates are now fighting against the groups east of the Euphrates that have been also educated and equipped by the United States. In other words, two US-backed groups are fighting with each other.

In the first phase, more prominently involved are Jaish al-Sharqiya, Jaish al-Ahrar, Sultan Murad, Hamza Division, Suleiman Shah and Faylaq al-Sham. We are told that as a starter 14,000 fighters have been deployed to the Akcakale and Ceylanpinar border areas and that 3,000 of them have already been posted to the field as combatants.

At the moment there is no reliable information on National Liberation Front groups that were generally based at Idlib but are now deployed to the east of Euphrates. Those involved in the current operation are mostly former National Army units that took part in the earlier Turkish operations of Euphrates Shield and Olive Branch. Intentions are to first use local groups who know the region intimately to fight at Tell Abyad and Ras al-Ayn and then reinforce them with other groups. There are reports that some factions such as Jaish al-Islam are deployed toward Manbij. The first National Army was announced on Dec. 30, 2017, as part of preparations for Operation Olive Branch. About 30 groups, including Faylaq al-Sham, Semerkand Brigade, Muntasit Billah Brigade, Fatih Sultan Mehmet Brigade, Sultan Murad Brigade, Hamza Division, Jabhat’us Shamiye and Ahrar al-Sharqiyye took part in that campaign with 22,000 fighters.

A component of the National Liberation Front, Failaq al-Sham, which stood out in accompanying the Turkish army, was set up in 2014 with the unification of 19 Islamist organizations linked with the Muslim Brotherhood. Ahrar al-Sharqiyye and Jaish al-Sharqiya were earlier formed by fighters who had served in Jabhat al-Nusra at Deir ez-Zor.

Some of these groups had declared that their real target was the Syrian regime and that to serve Turkish interests was a deviation from their main objectives. But the pressure they were under in Idlib made these groups more dependent on Turkey and eased their objections. While some see the operation east of the Euphrates as an opportunity for the “expansion of liberated areas,” they are mostly keeping silent about this at the moment.

This article tries to present some possible scenarios for what would be the next logical step in Brazil’s ongoing Hybrid War: the irregular war. *** One World recently published an article by Andrew Korybko, in which he questioned whether Brazil would or wouldn’t join Latin America’s recent wave of popular protests and color revolutions. This… 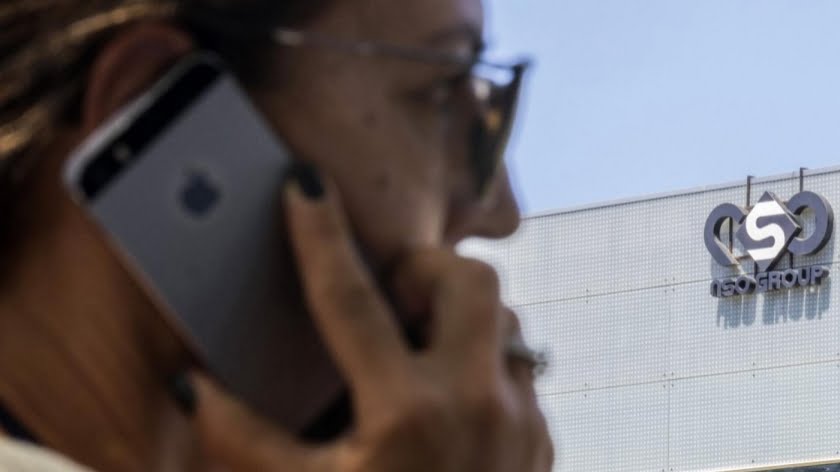 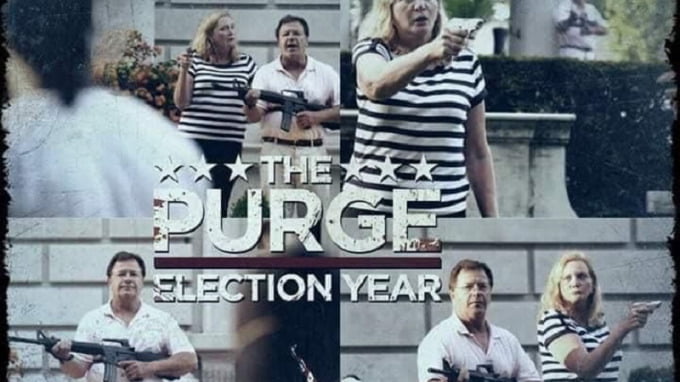 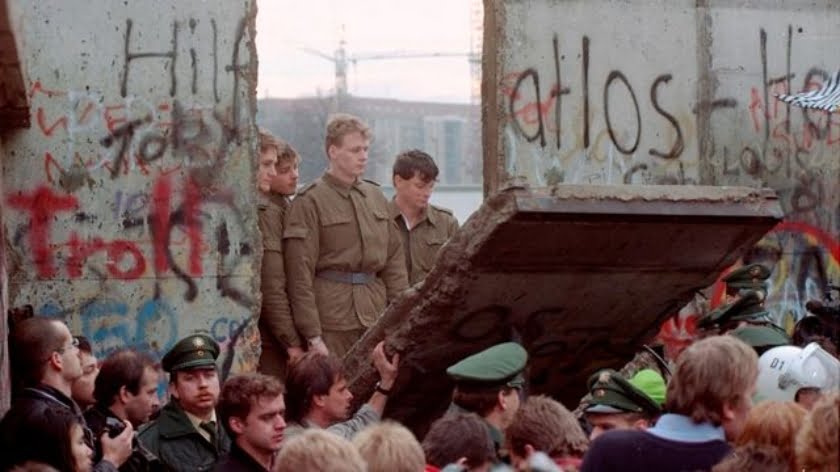 Israeli Prime Minister Benjamin Netanyahu said that he has told Russian President Vladimir Putin that Israeli forces will continue airstrikes in Syria if they deem it necessary. “If there is feasibility from an intelligence and military standpoint – we attack and so it will continue,” Netanyahu said during a visit to China, adding that he… 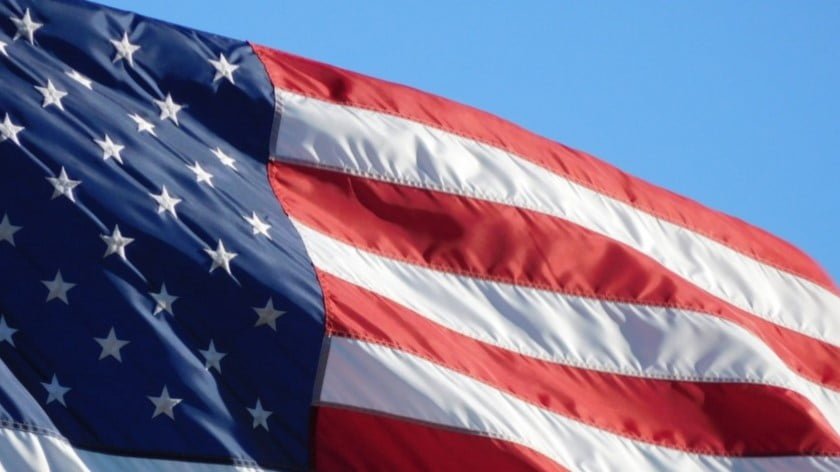 “Politics stops at the water’s edge” was a tradition that, not so long ago, was observed by both parties, particularly when a president was abroad, speaking for the nation. The tradition was enunciated by Sen. Arthur Vandenberg of Michigan in 1947, as many of the Republicans in the 80th Congress moved to back Truman’s leadership…