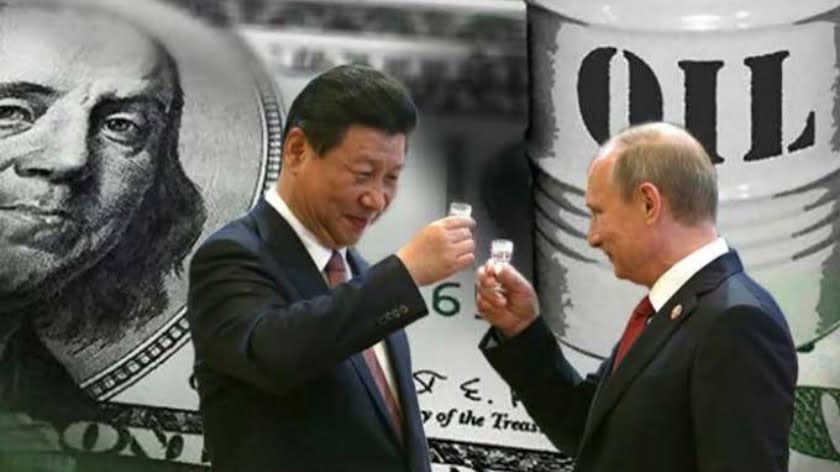 Irrespective of where you reside in the world, chances are you feel some sense of unease, a nagging concern for the future and a deep instinctual understanding that an era you knew and navigated your entire life is slipping away and won’t be coming back.

We’ve been witnessing widespread protest and unrest across countries with distinct political and economic systems, such as Hong Kong, France, Chile, Spain, Ecuador, Lebanon and Venezuela just to name a few. Those with vested interests and an ideological solution to sell insist it’s all because of socialism, capitalism or some other ism, but the truth is this goes far deeper than that.

What’s actually happening is the geopolitical and economic paradigm that’s dominated the planet for decades is failing, and rather than address the failure in any real sense, elites globally have decided to loot everything they possibly can until the house of cards comes crashing down.

You can’t properly discuss the entrenched global paradigm without addressing the American empire, and you can’t have a conversation about empire without discussing the monetary and financial system that keeps it all in place. The last time I discussed this in any detail was last year in the post, The Road to 2025 (Part 3) – USD Dominated Financial System Will Fall Apart. Today’s post should be seen as an update to that piece, taking stock of where we stand a year and a half later.

Several assumptions were made in last year’s article that must be recognized in order to understand how I see the situation. The first is a view that we’re already transitioning into a multi-polar world, in other words, the U.S. no longer holds a position of total planetary geopolitical dominance similar to what it enjoyed in the mid-to-late 1990s. Despite proclamations to the contrary, history did not in fact end.

U.S. leadership became accustomed to getting virtually whatever it wanted around the world via overt violence, covert intelligence operations or economic coercion, but this is no longer the case in 2019. Although this doesn’t sit well with much of the foreign policy establishment, it’s nevertheless reality. The most recent evidence came just last week with Denmark’s decision to approve the Nord Stream 2 gas pipeline, something the U.S. was adamantly opposed to.

Tom Luongo offered an interesting analysis of why this is so significant:

For the past three years the U.S. has fought the construction of the Nordstream 2 pipeline from Russia to Germany every inch of the way.

The battle came down to the last few miles, literally, as Denmark has been withholding the final environmental permit on Nordstream 2 for months.

The U.S., especially under Trump, have committed themselves to a ‘whole of government approach‘ to stop the 55 bcm natural gas pipeline from making landfall in Germany…

In a sense, this pipeline is Germany’s declaration of independence from seventy-plus years of U.S. policy setting.

The fact the U.S. foreign policy establishment sees it as our business to determine which country the EU should buy natural gas from and how offers a glimpse into the imperial mindset. It’s the same mindset that maintains Iran shouldn’t be able to sell oil to anyone without U.S. permission. It represents an attachment to total global control, a view that the world consists of little more than the U.S. hegemon and its client states.

Which gets us to the key point surrounding the unsustainable nature of the world’s monetary and financial system. Specifically, we already live in a world where several powers (namely China and Russia) have very publicly and clearly elucidated they will not function as U.S. client states going forward. They appear to be on the winning side of history because it’s much harder to maintain global empire than to frustrate it at this point, but the U.S. maintains an enormous advantage when making moves on the geopolitical chessboard. It’s not the ubiquitous military bases or advanced technology, but a more esoteric and stealth weapon — the U.S. dollar.

The USD continues to dominate global financial transactions, which means the world can never truly be multi-polar unless this lopsided structural reality is dealt with. None of this is new of course, though there’s now a heightened sense of urgency for those countries unwilling to serve as U.S. client states given the Trump administration’s increasingly aggressive and blunt usage of the financial system as a geopolitical weapon.

The significance of the USD as a weapon was put into plain view a couple of weeks ago during Congressional hearings on Facebook’s Libra project. See the clip below.

As such, nations committed to functioning as sovereign states have a clear choice. Figure out a way to transact smoothly on the world stage without touching the USD, or submit to being a client state. Since the latter is seen as unacceptable for an increasing number of nations, I believe the former will be figured out, and that it’ll happen by 2025 at the latest.

Whenever I say stuff like this people insist there’s nothing ready to replace the USD as a global reserve currency. On this front I agree, but my argument isn’t that another nation-state fiat is going to totally usurp the USD on the world stage in the years ahead (nor should anyone want that). Rather, my view is competing powers will figure out a way to avoid the dollar in an increasing percentage of global transactions simply because they have no other option in a world where the dollar’s been fully weaponized to achieve U.S. geopolitical goals.

I don’t need to know the specifics of how this transitions unfolds, just that it will. This is why it makes sense to own bitcoin and gold, two politically neutral alternative global monetary instruments that’ll likely trade multiples higher from here in the years ahead as people come to recognize the importance of such assets in the historical transition period we’re in.

Ultimately, I hope humanity learns from the experience of recent decades and never again permits one country to control monetary policy for the entire planet. A reserve currency controlled by a single nation is effectively the most potent geopolitical weapon ever invented. No country or institution should ever have such power, now or in the future.

I hope we can finally learn this lesson.